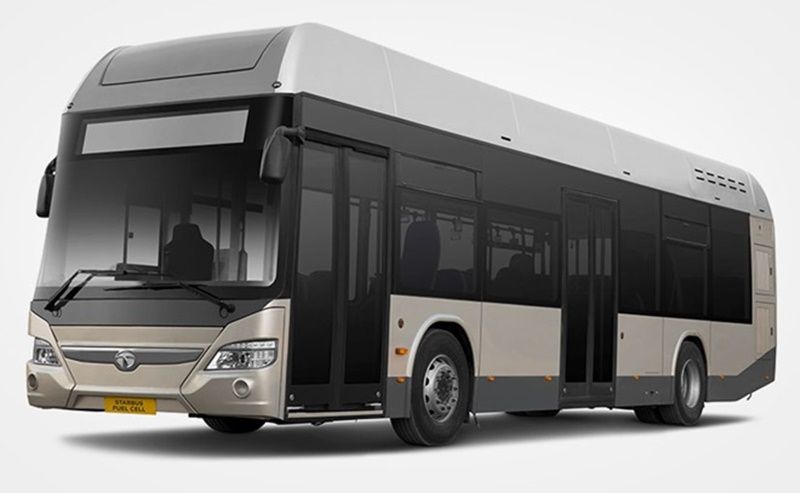 According to a media report, NTPC LTD which was formerly known as National Thermal Power Corporation Limited, India’s largest public-sector power utility company promoted by the Govt. of India has invited global EOI (expression of interest) to procure 10 Hydrogen Fuel Cell (HFC) based electric buses and 10 Hydrogen Fuel Cell powered electric cars for Delhi and Leh. The EOI has been issued by NTPC Vidyut Vyapar Nigam (NVVM) Limited under the Ministry of Power NTPC LTD.

The move to procure the Hydrogen Fuel Cell vehicle is new to the country and is aimed at decarbonizing the mobility segment in Leh and Delhi. The initiative also aims to develop the generation of Hydrogen gas its storage and dispensation in a renewable manner as part of the pilot project in Delhi and Leh. The enterprise has been initiated by the support of the Ministry of New and Renewable Energy.

A fuel cell comprises an anode, a cathode and an electrolyte membrane. Hydrogen gas is passed through the Anode (-) and oxygen through Cathode (+) the hydrogen atoms at the Anode site are split into protons and electrons the protons pass through the electrolyte membrane while the electrons are forced through a circuit, generating electricity and heat. At the cathode, the protons, electrons and oxygen combine to form water as the by-product. The fuel cells are scalable and can be stacked according to use and do not have any moving parts making the vehicle virtually silent.

With water as the by-product and the fuel source which is Hydrogen that can be obtained through electrolysis of water (H20) Hydrogen could prove to be the fuel of the future.

The infographic above represents a Van Hool fuel cell bus