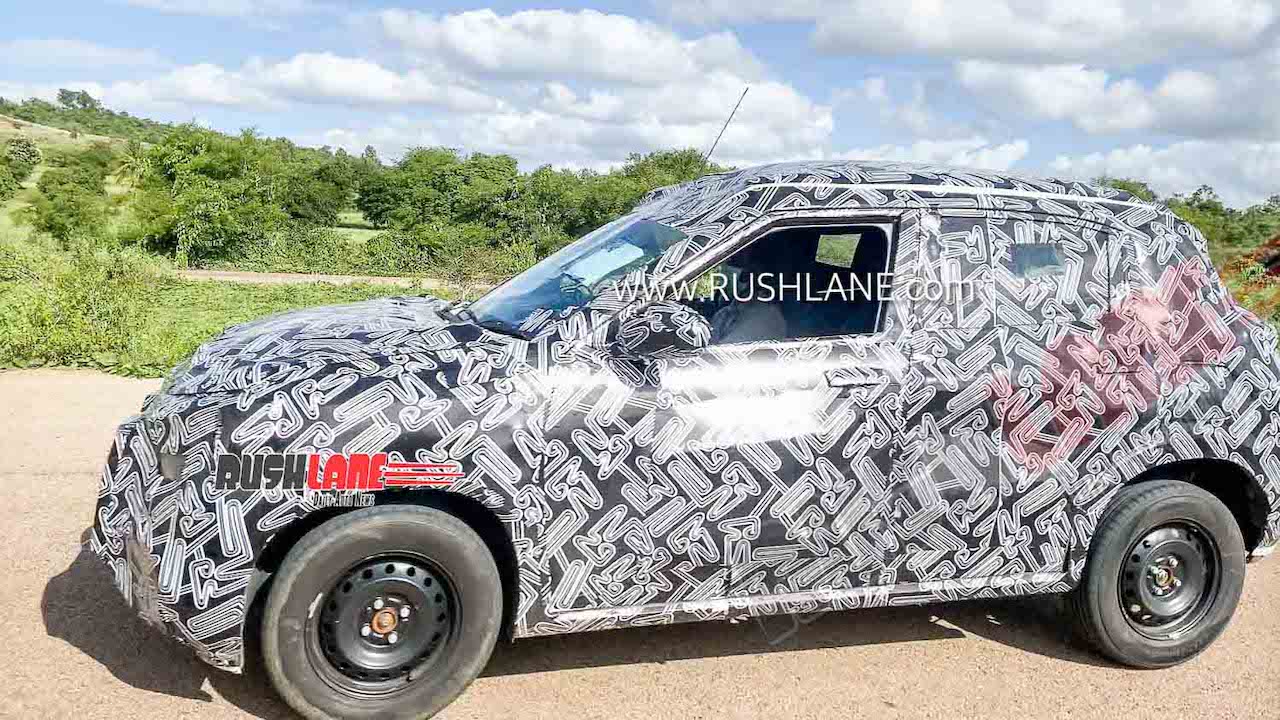 Nissan shared a glimpse of what could be their all-new B-SUV for India, scheduled to make a world premiere on 16th July 2020 and slated for launch by the end of 2020 in the Indian market. The B-SUV that was teased tallies to new spy shots of a compact Nissan SUV spotted testing under camouflage covers, with a similar silhouette that the brand teased a week ago, leading us to believe that the car being road-tested could be the brand’s new B-SUV likely to be dubbed the Nissan ‘Magnite’.

Nissan has already teased us with a glimpse of the front fascia and the test mule, though completely covered, appears similar and from the images released by the brand earlier, the compact SUV is expected to get a wide imposing grille that covers the front apron with silver accents that run down its sides, sleek LED headlamps that sweep back into the front fender, LED daytime running lights that are partly integrated into the headlamp units and run down into the side of the front bumper forming an L shape, a skid plate effect on the lower parts of the bumper and silver skirt lines that emerge from the front end and run all the to its side.

The rear end of the car was camouflage using extra panels leaving only a small space for the driver to look out of the rear glass and the tail lamps have also been covered meticulously to hide the shape but a silhouette of an integrated tailgate-mounted spoiler could be seen in the spied images and not much can be hypothesized at this stage.

As of now, spy shots of the interior are unavailable but it is safe to speculate that the top-trim model could get comfort and convenience features such as a large touchscreen infotainment system, control mounted steering, analogue digital instrumentation, automatic climate control along with options of leatherette seating and a host of safety features.

The Nissan Magnite is speculated to be based on the Renault-Nissan CMF-A+ platform and share its underpinnings with the Renault Kiger and apart from the platform, the Nissan Magnite is speculated to share the powertrain with the Renault Kiger as well. Earlier reports suggest that the Kiger will come with a 1.0-litre turbo-petrol engine that makes around 100 Hp of power and 160 Nm of torque matched to a 5-speed manual or a 6-step CVT gearbox.

As of now, the Nissan Magnite will be positioned below the Nissan Kicks as the brand’s portfolio has been reduced to only two vehicles (Nissan Kicks & Nissan GT-R) and is expected to rival the Maruti Suzuki Vitara Brezza, Tata Nexon, Hyundai Venue, Mahindra XVU300, Ford EcoSport and the upcoming Kia Sonet and its cousin Renault Kiger in the Indian market. 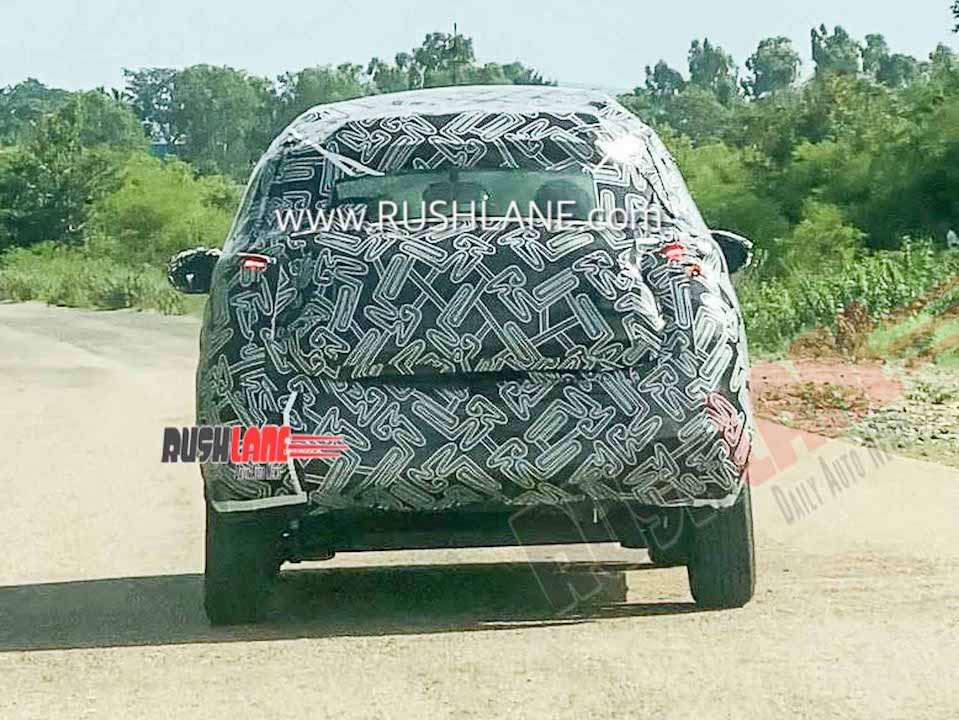 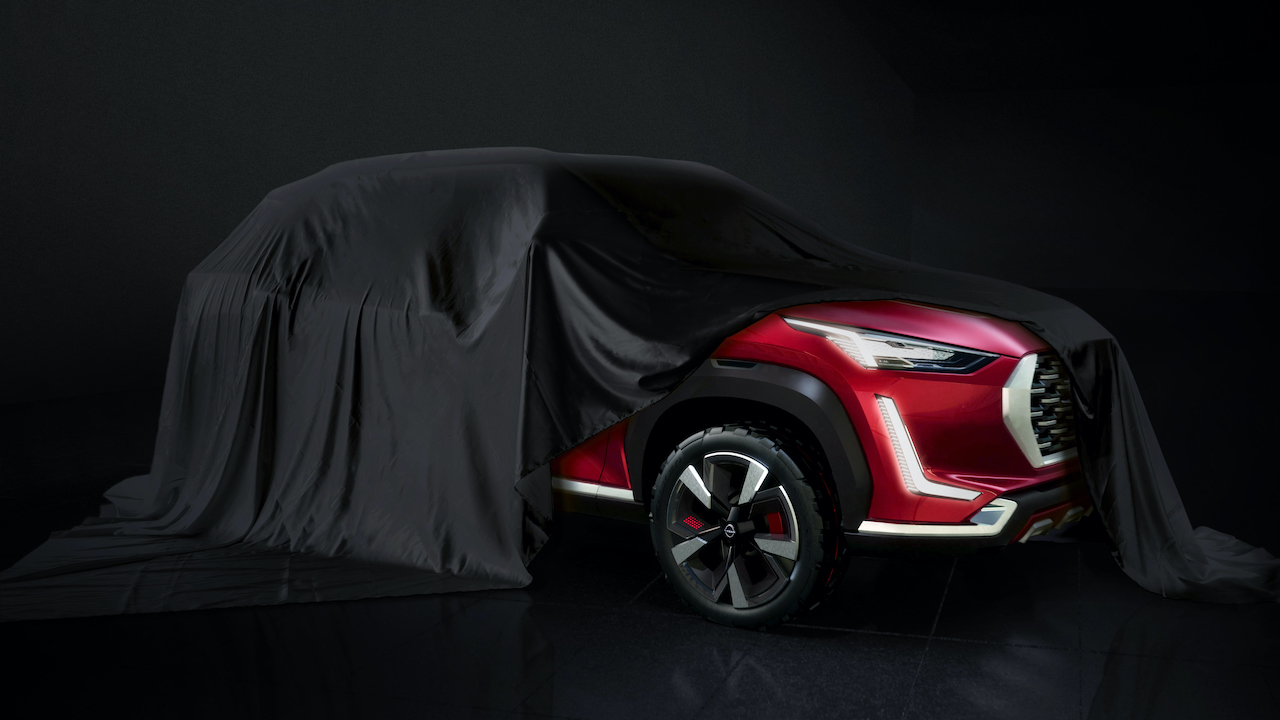 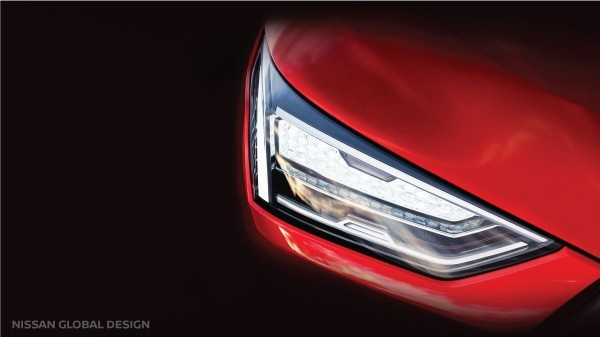