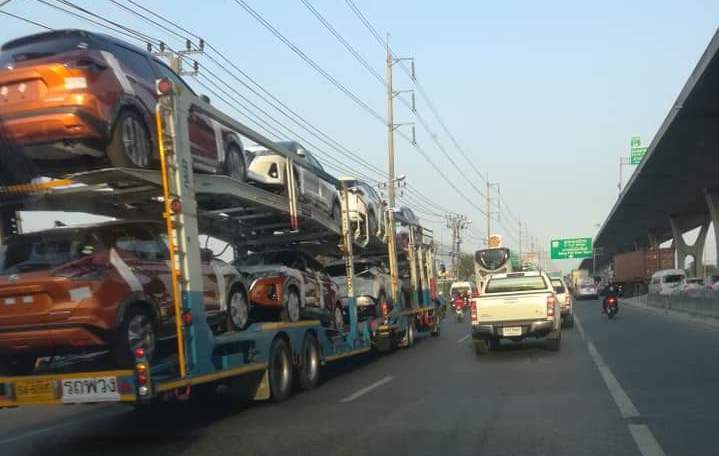 Not more than a month ago, we reported the test mule of the Nissan Kicks facelift that was spotted testing on the roads of Thailand. Now the facelift model of the Kick was spotted being transported, sans camouflage again in Thailand. The pictures circulated on the internet of the cars lead us to believe that they are likely to be transported to Nissan dealerships, indicating that the brand is planning to introduce the facelift model soon in the country.

Though information on the interiors is scarce at the moment, it is safe to speculate that the brand is likely to give the cabin a mild update in terms of its materials and the infotainment system. The current model features a soft-touch dual-tone dashboard with a centrally mounted floating 8-inch touchscreen infotainment system with Apple CarPlay and Android Auto integration, rotary type air-conditioning controls, a start/stop button, digital instruments cluster and control mounted steering wheel.

In the engine department, the Nissan Kicks facelift is likely to receive an HR12DE 1.2-litre three-cylinder petrol engine with a 1.5 kWh battery pack that produces 129 hp of combined power. The Nissan e-Power technology which is employed on the Nissan Note works by powering the wheel by electric motors and the petrol engine works as a generator that powers the battery and is not connected to the wheels.

Unconfirmed reports suggest that Nissan may bring the facelift Kicks to India this year, but the new model is likely to be introduced in the Thailand market first. 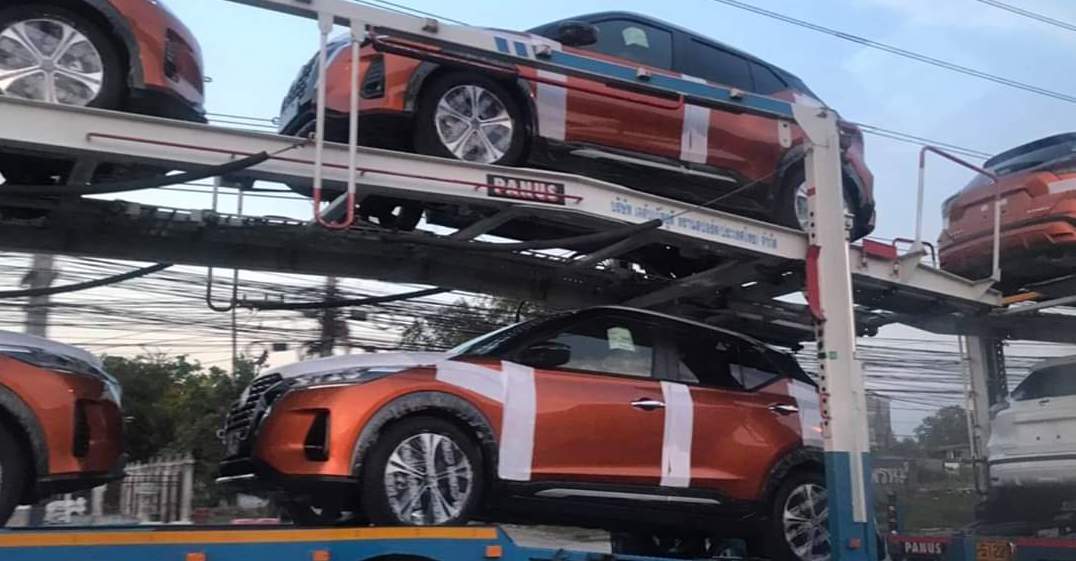