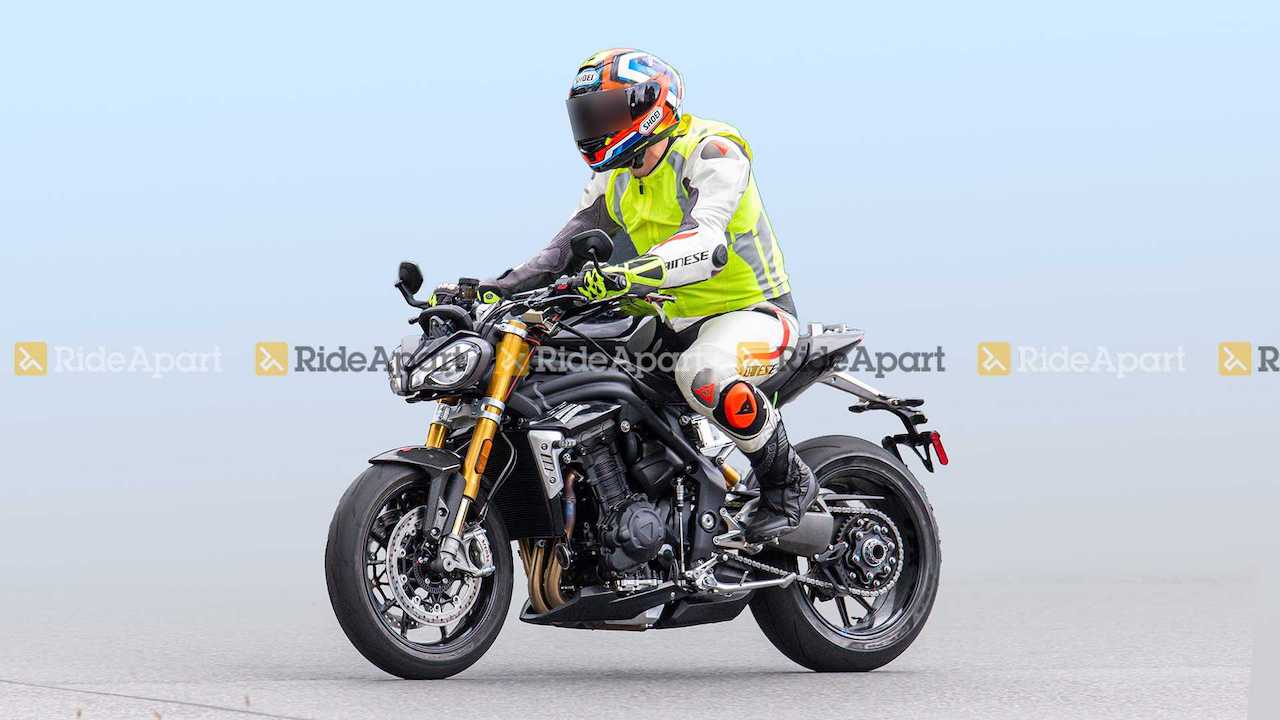 Iconic motorcycling brand Triumph last updated its much-popular Triumph Speed Triple which came with changes to its 1050cc motor that got 105 new engine parts to improve the in-line triple’s performance. That upgrade is now almost 4 years old and with new stringent emission regulations in place Triumph is expected to completely rework on the Speed Triple’s powertrain and while they are at it media reports suggest that the British brand will also be increasing its displacement.

The bigger engine is also expected to come with new equipment and features along with mechanical and cosmetic upgrades. But this is not just theory and according to sources, the newly developed motorcycle is being tested abroad which could be the next-generation Speed Triple. While it is still under development the spied test mule appears to have received not just cosmetic upgrades but also a larger more powerful engine and upgraded cycle parts.

Right off the bat, the spied pictures reveal that the bike still continues to get the dual-split headlamp setup but now has angrier styling with the chunky double eyebrow style daytime running lights, a more aggressive forward-leaned stance, upswept tail with sharper tail lamps, a reworked belly pan and a redesigned 3-into-1 exhaust system with a mid-ship positioning.

The changes do not end there and the next-generation motorcycle also appears to have a subtly reworked twin-spar aluminium frame with an added pillar connecting the tubing but is likely to retain its subframe. The spied motorcycles also feature slightly lowered upside-down front forks and a redesigned single-sided swingarm.

The keen-eyed will also notice that the engine blocks also appear larger than the current Speed Triple 1050 along with exterior design changes to the crankcase covers fortifying the earlier rumours of a new 1160cc engine. The current generation motorcycle is powered by a 1050cc in-line three-cylinder liquid-cooled 12-valve DOHC engine that produces 150 Ps of power and 117 Nm of torque matched to a 6-speed gearbox with slip assist wet multi-plate clutch.

The new-generation Triumph Speed Triple is expected to be introduced in the coming weeks as the spied motorcycle appears to be in the production-ready avatar. 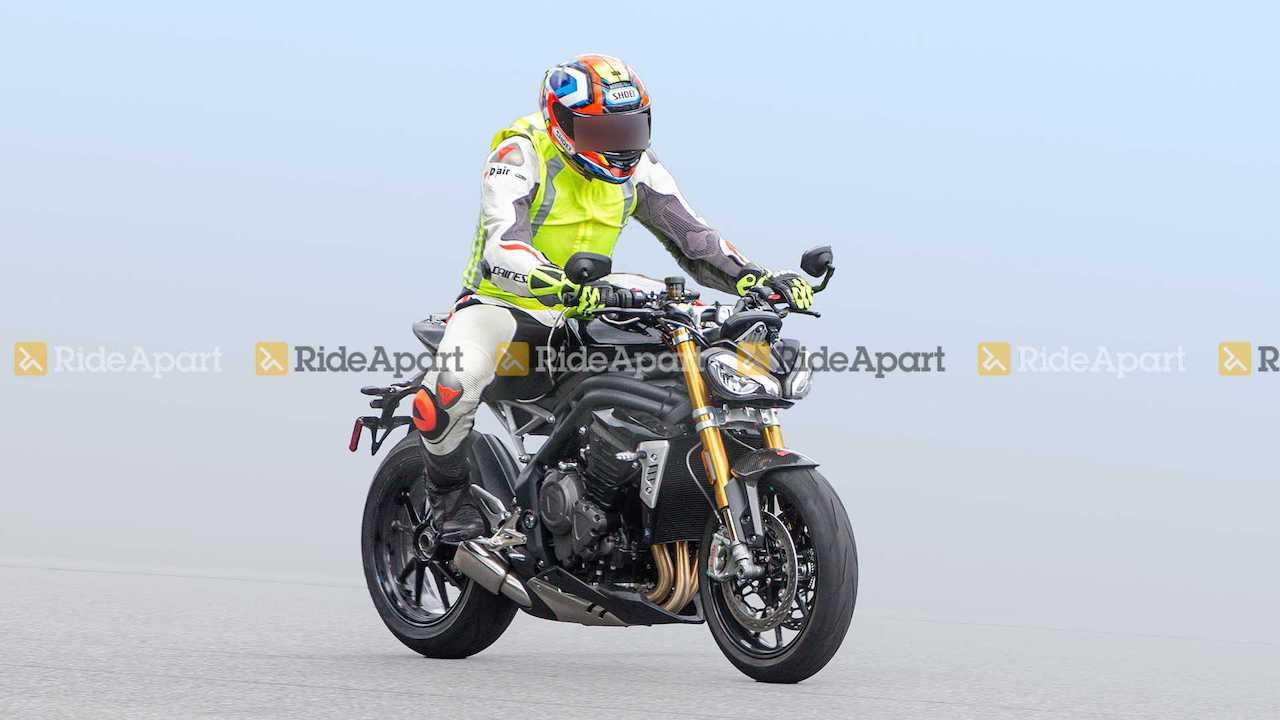 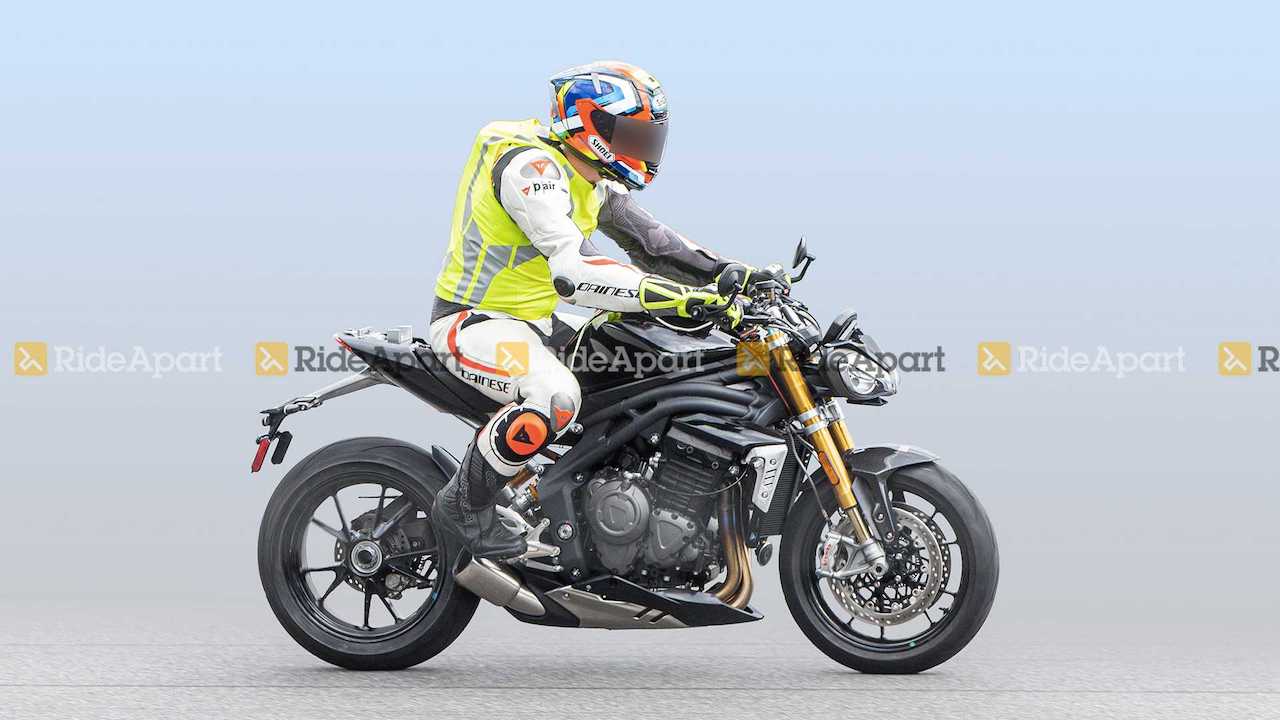 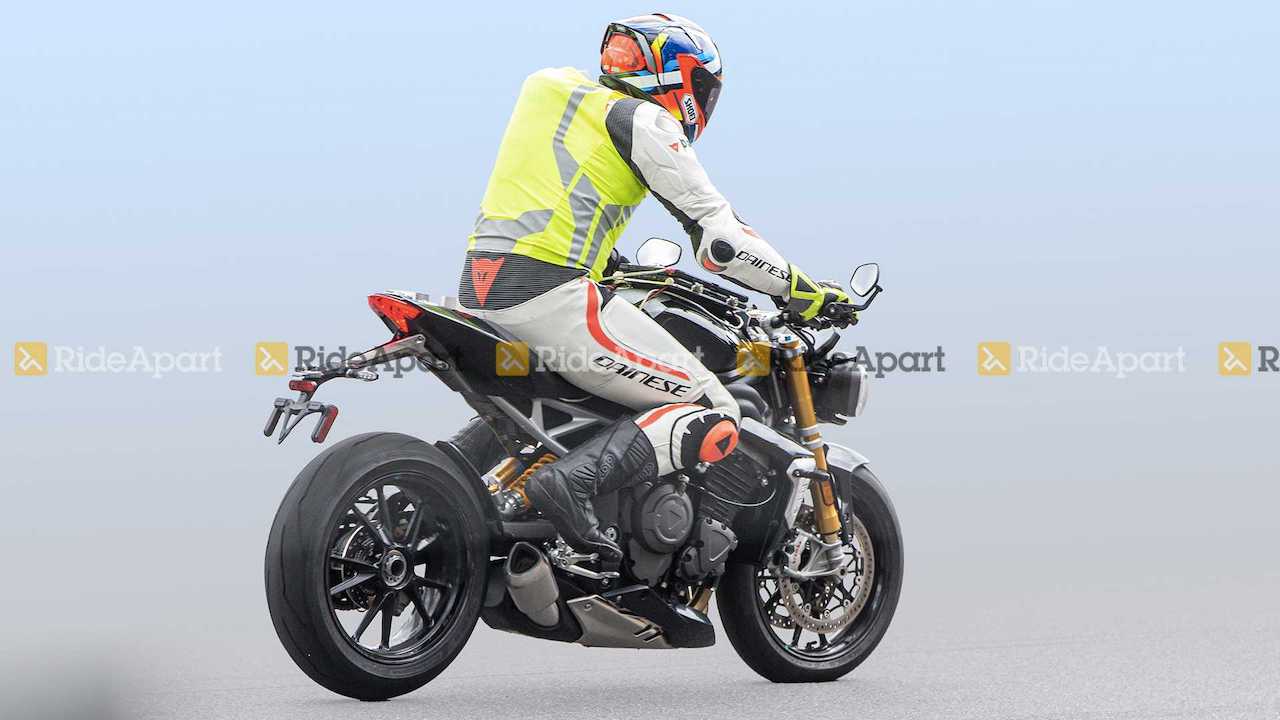