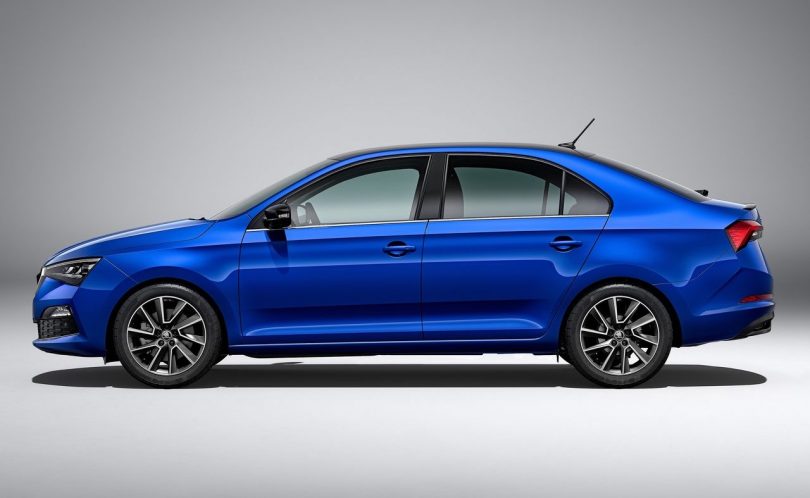 The Skoda Rapid has been one of Skoda’s bestsellers in the Indian market and though the brand introduced the new-generation car in the international market the new Skoda Rapid for India is likely to defer. The brand’s Director – Sales, Service & Marketing, Zac Hollis confirms to an inquiry on Twitter that the brand will not bring the next-generation Rapid to India but will bring a new car replacing the current Rapid. The Rapid replacement will be larger and more expensive than the current Rapid.

Skoda in the recent past, filed patents for the Slavia moniker at the Indian Intellectual Property office leading us to believe that the brand could be planning to name the new sedan ‘Slavia’. While the technical specification of the new sedan is not available at the moment, speculations are that the Rapid replacement will use the same 1.0-litre TSI turbo-petrol motor that pumps out 110 PS of power and 175 Nm of torque. The engine is likely to come with both manual and automatic transmission options. Zac also confirms that the new sedan will be built on the MQB-A0-IN platform which is the Indianised version of the MQB (Modularer Querbaukasten) or Modular Transverse Matrix platform. The same platform also underpins the Skoda Kushaq SUV which is ready to make its static world premiere on 18th March 2021.

Zac Hollis also revealed through social media that the brand is testing a CNG variant of the Skoda Rapid but the powertrain has not received approval yet, but if the brand launches the Rapid CNG in the near future it is likely to sell alongside the Rapid replacement similar to how Honda sells the 4th Generation and 5th Generation City in India. Along with the CNG variant, the car is also likely to be available with petrol powertrain options that are currently in the brand’s portfolio giving customers a wider range of cars and price points to choose from. 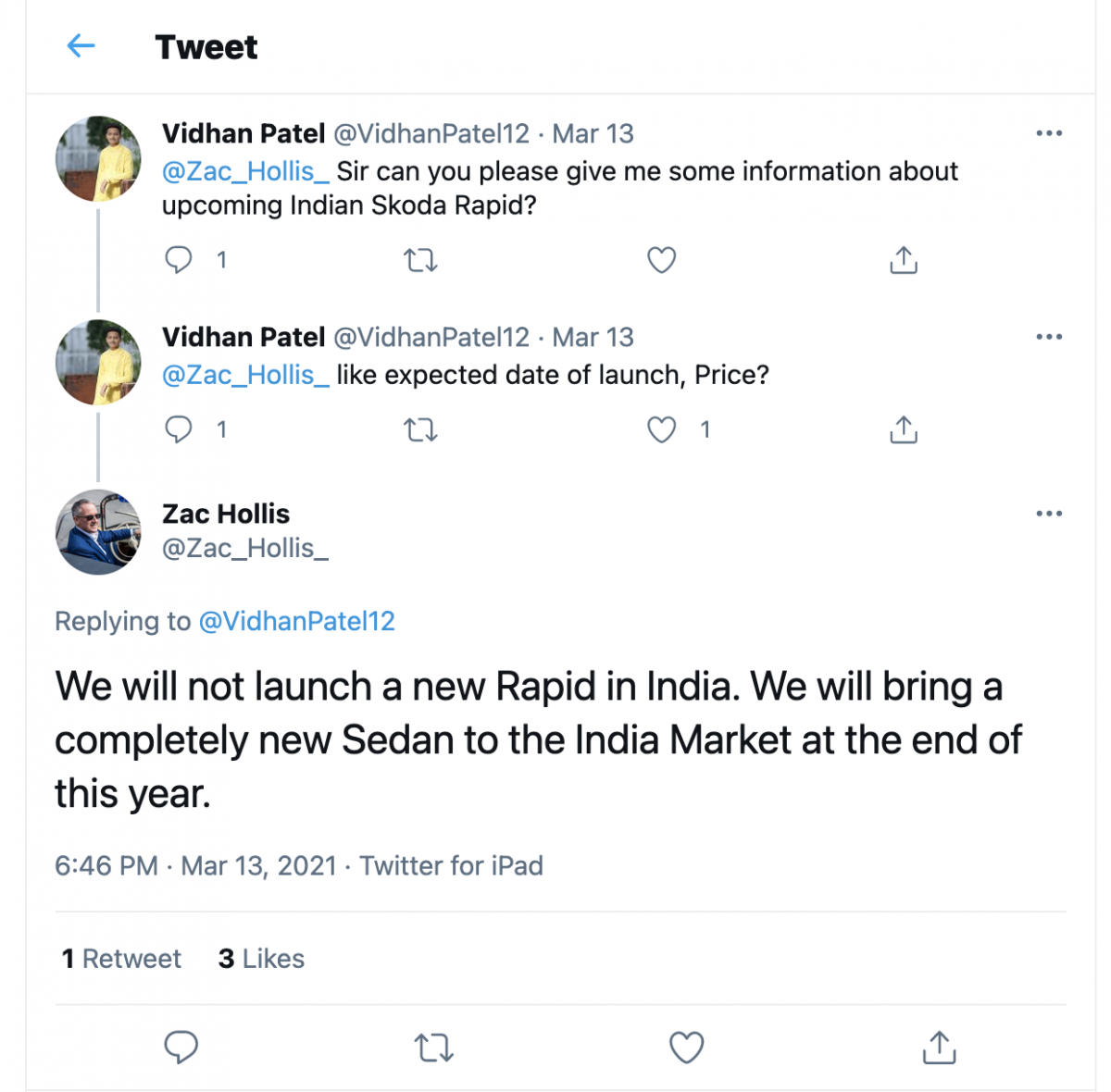 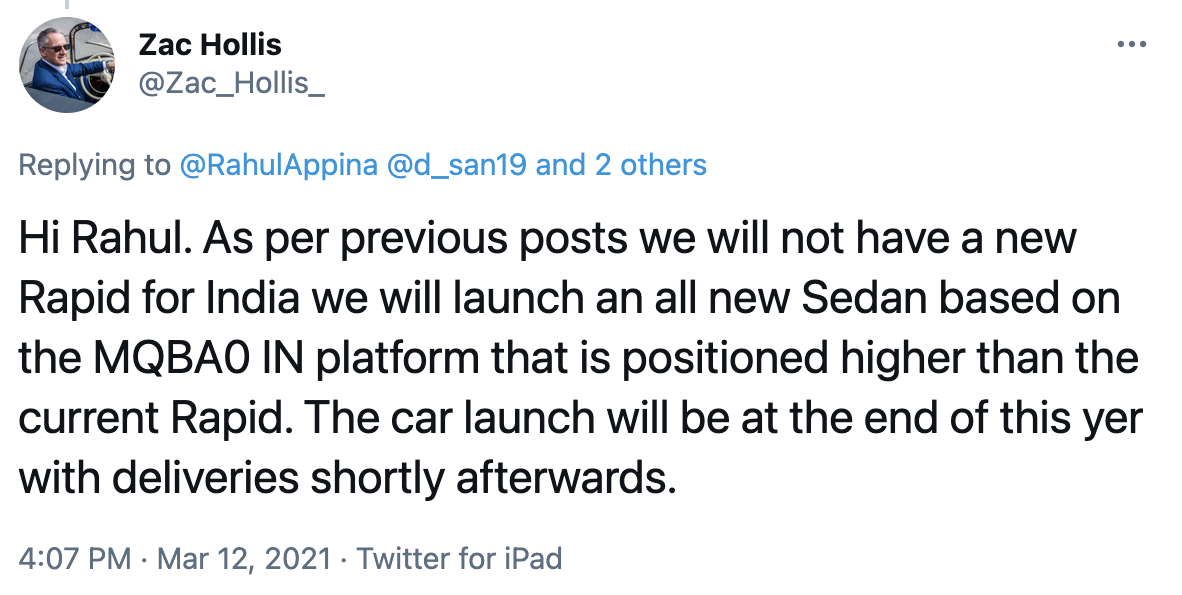 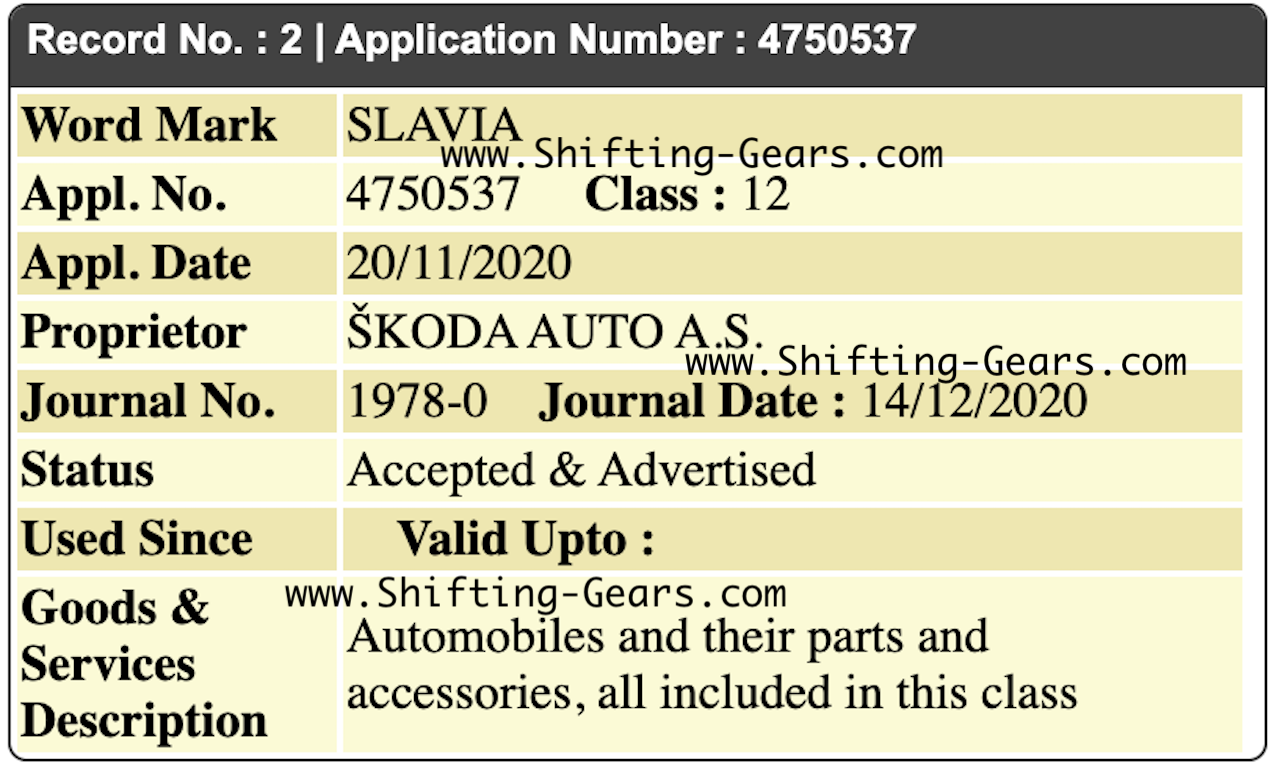