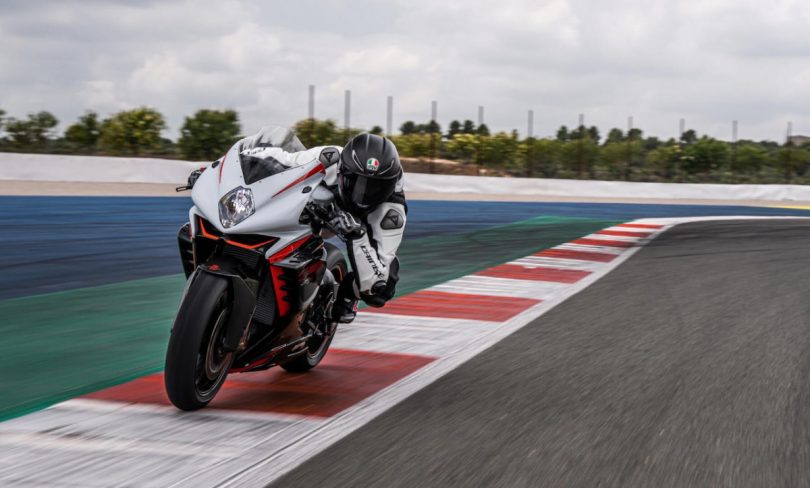 MV Agusta has introduced the new F3 RR with new aerodynamics, less weight and increased stiffness. The new MV Agusta F3 is built to see new lap times, thanks to the upgrades that the brand has made to the motorcycle. Coincidently, the WSS (Supersport World Championship) has also announced that three-cylinder 800cc motorcycles will be able to compete with 600cc four-cylinder motorcycles.

The new MV Agusta F3 RR comes with a higher windscreen and new carbon fibre side fairings. The bike also comes with a new front fender that helps channel air into the radiator. The aerodynamic elements have been studied to compensate for the greater drag due to the new appendages that will help improve the downforce of the motorcycle. The F3 RR not only gains extraordinary speed performance but also gains the aero efficiency and load for better road holding in high-speed corners. The appendages on the sides of the fairing are made of forged carbon fibre claim to generate 8 kg of load on the front end at a speed of 240 kmph.

The MV Agusta F3 RR not only comes with a redesigned bodywork but also a new chassis. The brand has worked extensively not just in the aerodynamics department to add more downforce and make the motorcycle slippery, but also to make it lightweight. The chassis has been updated along with the pivot area which gets redesigned frame plates for extra stiffness. The rear wheel is also redesigned and lighter than before which shaves off 7% of weight at the rim and a considerable deduction in rotational mass.

Powering the MV Agusta F3 RR is a liquid-cooled 798cc three-cylinder, 4-stroke engine. The 12-valve DOHC engine produces 147 Hp of power as standard and 155 Hp with Optional Racing Kit which includes an Akrapovic exhaust and ECU map. The engine comes with a 6-speed transmission. 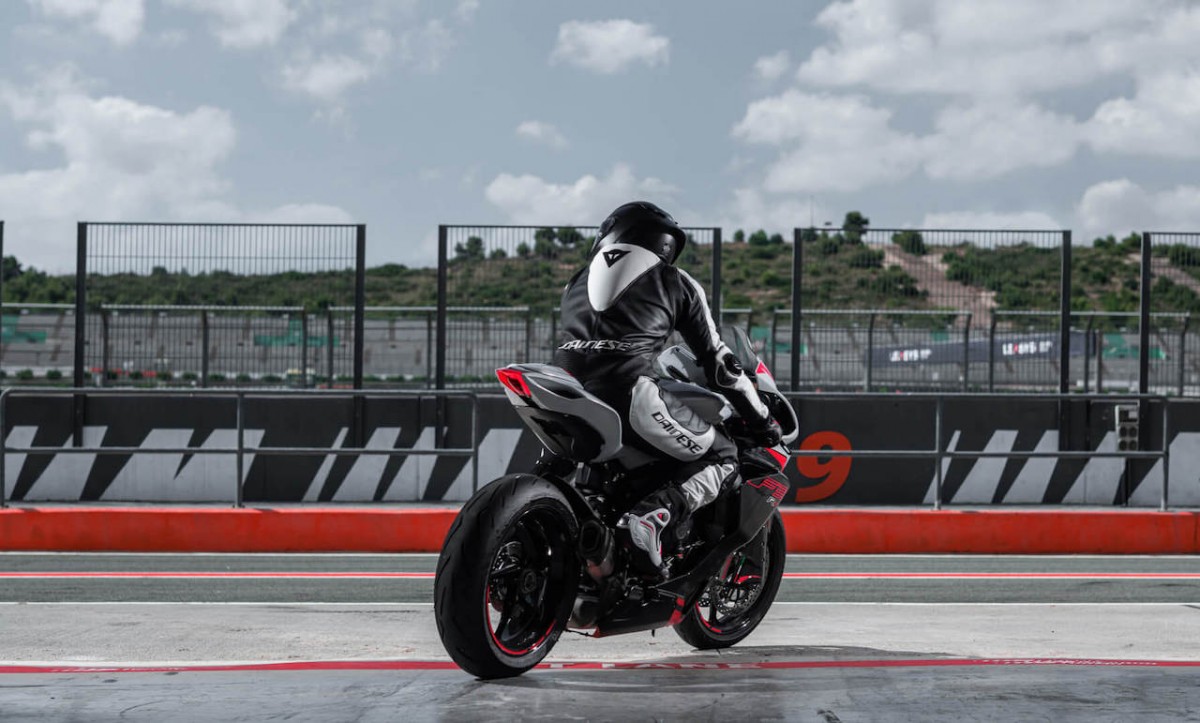 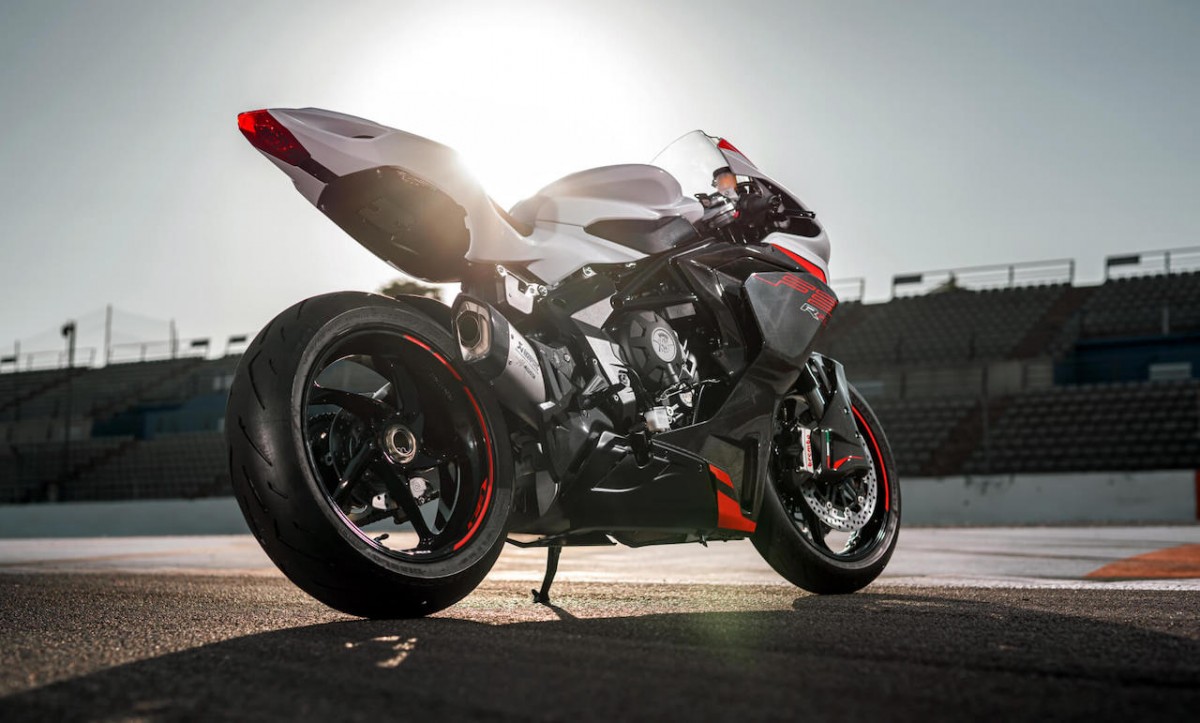 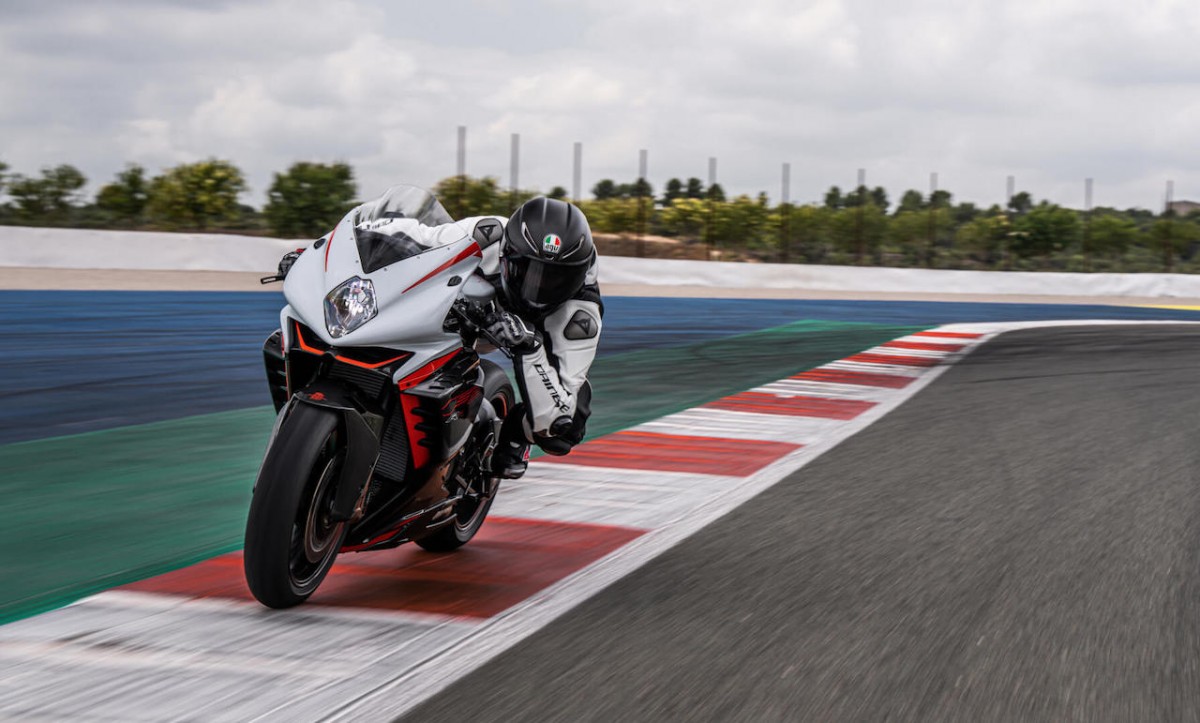 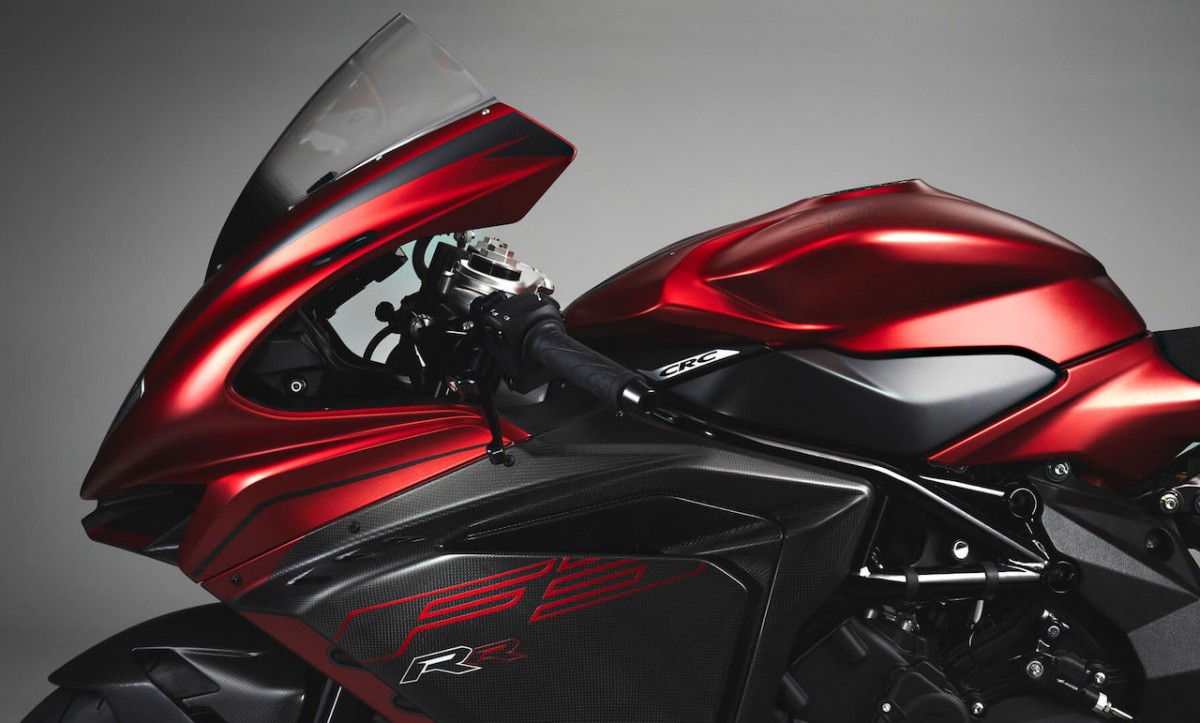 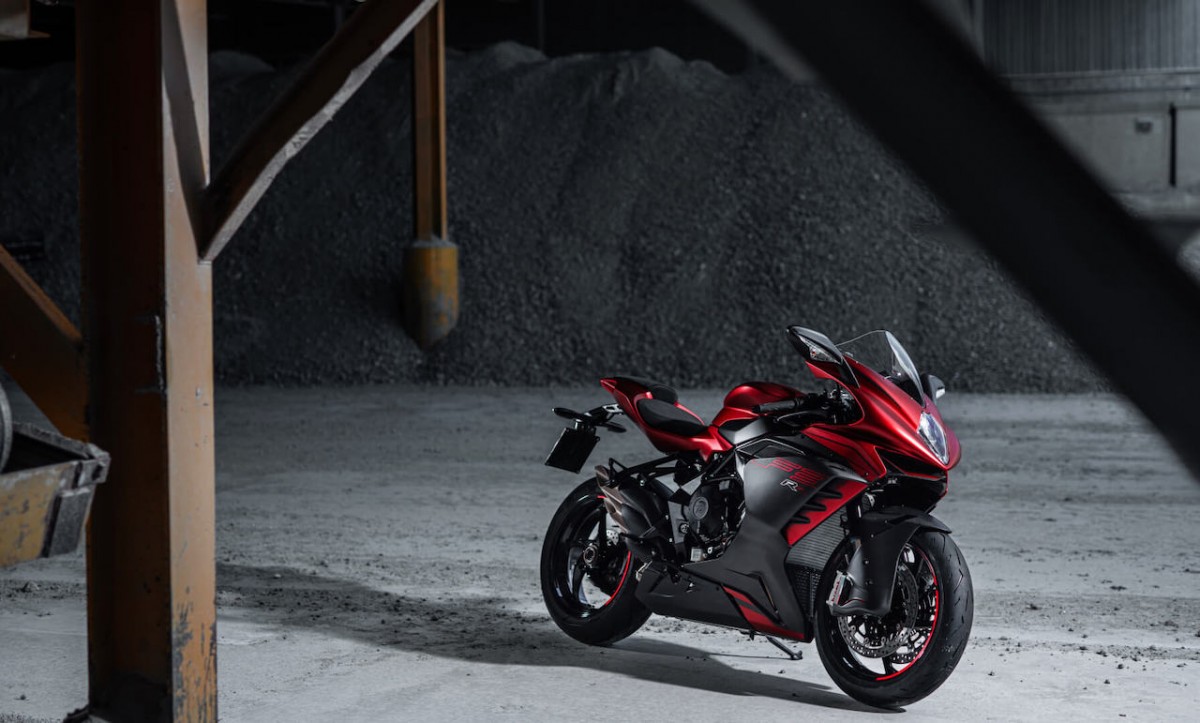 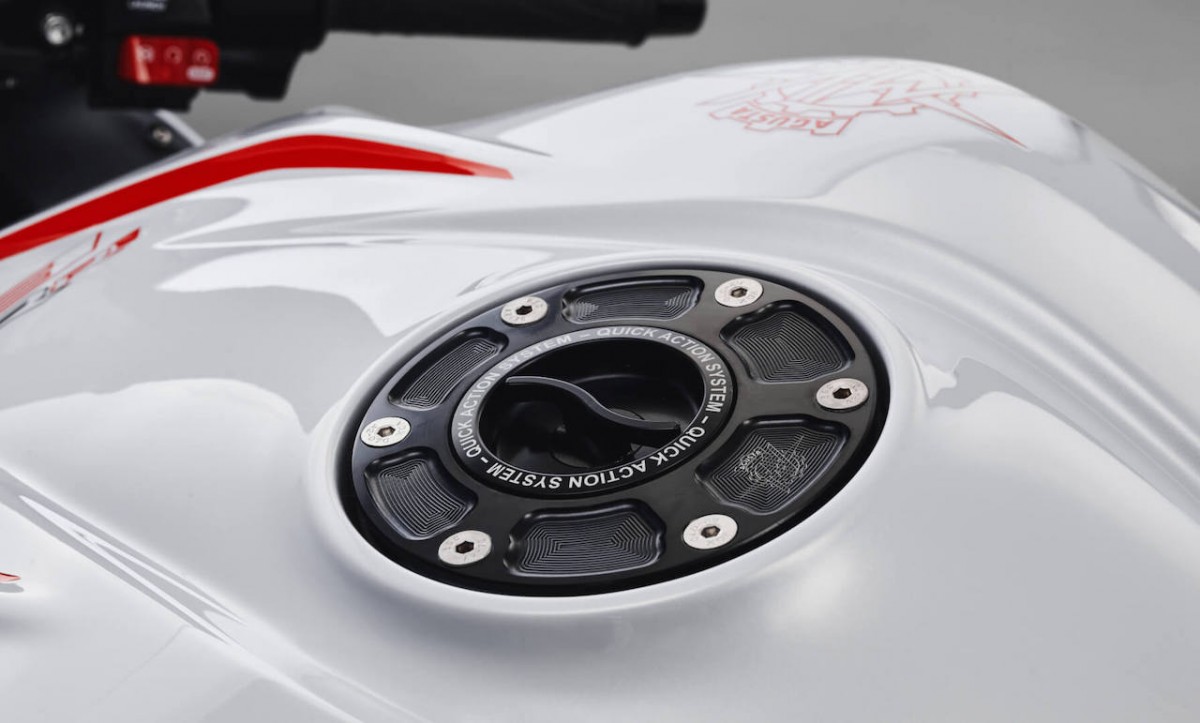 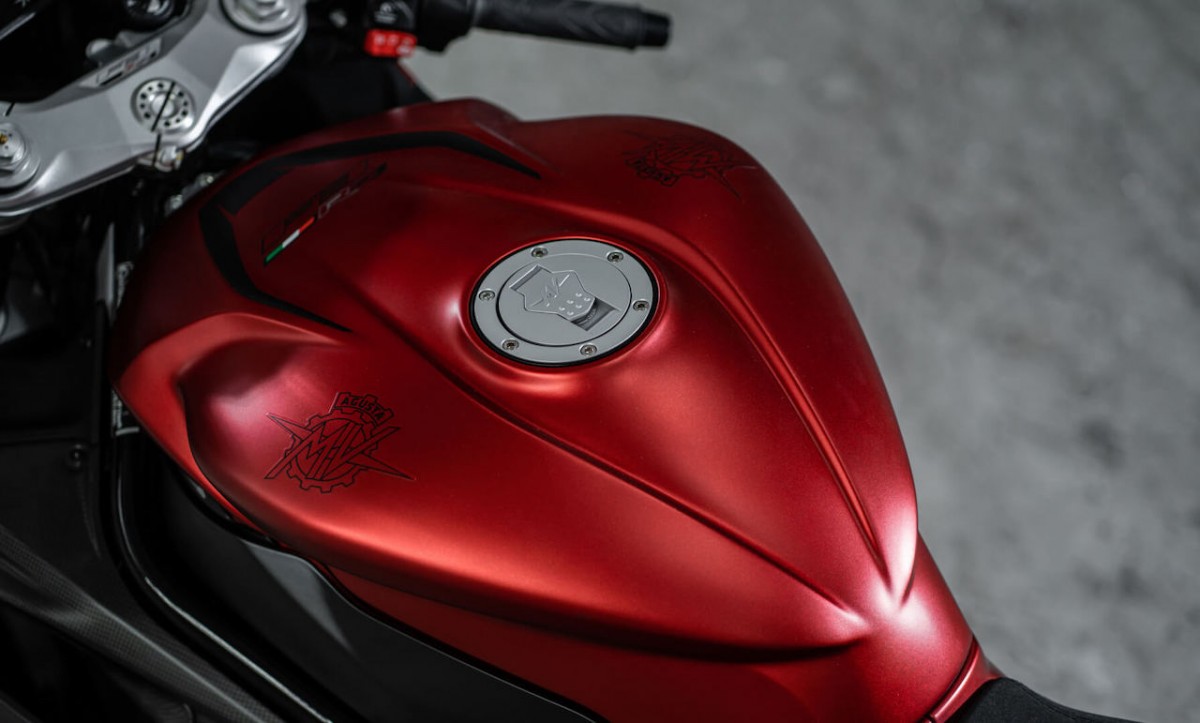 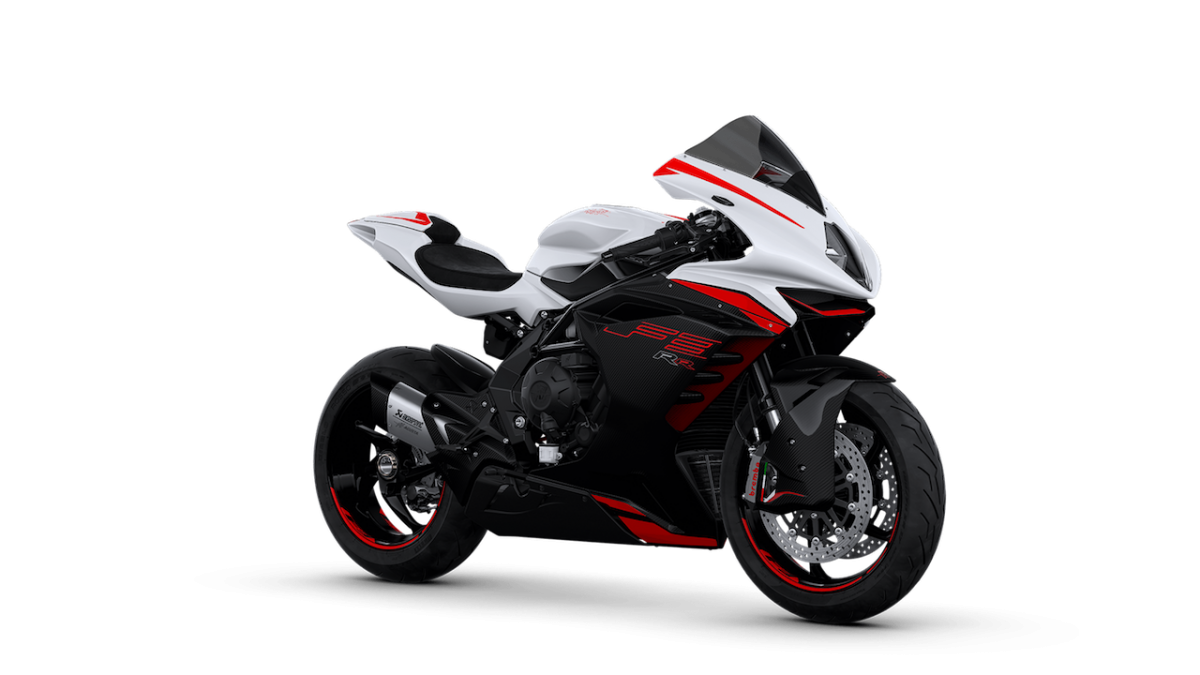