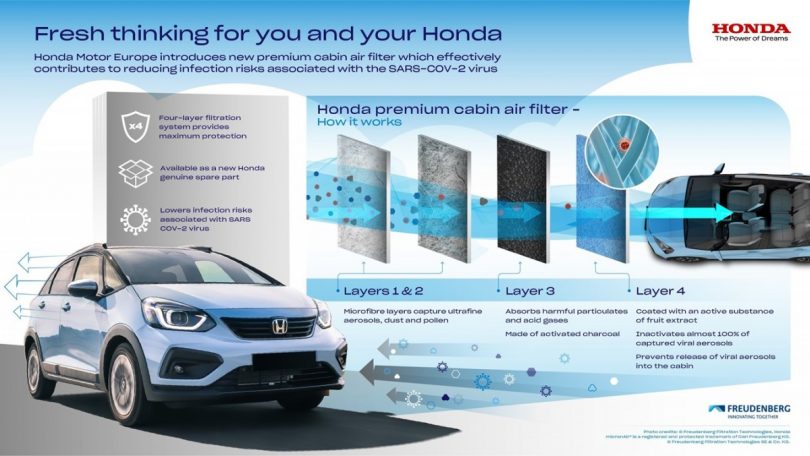 Honda Europe announces the launch of a new cabin AC filter that has the capability to block the Covid-19 virus. Since the start of the pandemic, there have been many changes in the automotive sector and recently many car manufacturers are developing their air filter system which can block the COVID-19 virus. The British luxury car manufacturer Jaguar Land Rover had launched its air purification technology which claims to inhibit 97 percent of viruses and airborne bacteria. Mercedes-Benz is also working on a HEPA system which will come as an optional add-on in the upcoming EQS electric sedan.

What Is Inside Honda’s New Cabin Filter?

This new AC filter which claims to inactivate almost 100 percent of the viral load, is made up of 4 layers. The first two layers use microfibres which eliminate the entry of dust and pollen, the third layer made from activated charcoal improves the filtration, and lastly, the fourth layer uses a fruit extract that captures the virus particles. This filter is only available in Europe and it replaces the standard Honda pollen filter. Honda advises its customers to change the filters at regular intervals which improve its performance and keeps the cabin free from viruses.

For the last month, Honda Cars India registered a cumulative sales of 9,324 units. When compared to last year’s cumulative sales figure for February 2020, which stood at 7,268 units, Honda Cars India saw a growth of 28.3 percent. The export figure also rose significantly from a mere 64 units in February 2020 to a healthy 987 units in February 2021. Honda’s most successful products in the Indian market are its sedan offering in form of Amaze and City, which contributed to almost 85 percent of Honda’s sales in 2020. In fact, Honda City was the country’s best-selling midsize sedan for 2020 which sold close to 21,826 units. A hybrid-spec of the City is also in the plans and the launch will happen sometime this year. 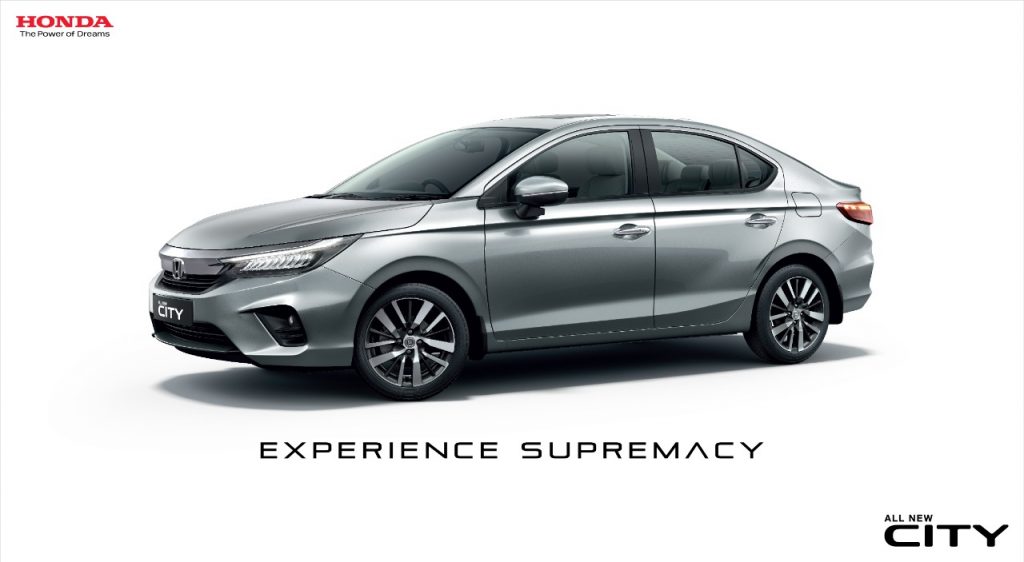