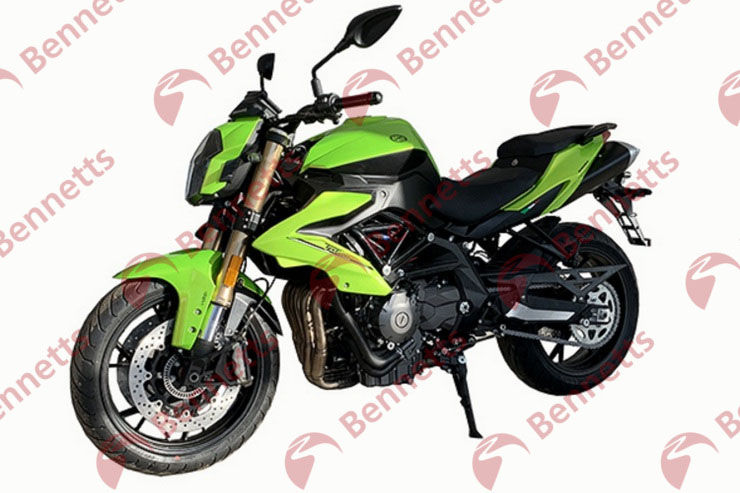 Benelli could be working on another update of the Benelli TNT 600i. The motorcycle was launched last year in the international market where Benelli still sells the TNT 600i and the leaked images that have emerged on the internet showcase a similar design language but updates to parts in the cosmetic department as well as the mechanical department.

The leaked images show a slightly different side fairing, updates to the tail cowl which now sports air intake ducts, a new swingarm identical to the QJ Motor SRK 600, Marzocchi forks and Brembo brake callipers which already do duty on the higher-spec QJ Motor SRK 600. The engine is likely to be the same which meets China’s latest emission standards which are not far away from the Euro-5 specifications.

The 2020 Benelli come with an in-line four-cylinder 600cc liquid-cooled 4-stroke, 16-valve DOHC motor that produces 85 ps of power and 54.6 Nm of torque. The engine comes with a 6-speed gearbox. Speculations are that the same motor will do duty on the new iteration of the TNT 600i without any further changes.

Benelli TNT 600i in India

The brand might be planning to upgrade the TNT 600i to BS6 standards as it was a popular motorcycle in the Indian market when the brand sold the BS4 version of the motorcycle. The Euro5/BS6 version of the engine mentioned above could lose some power due to the strict emission norms but comparing to the predecessor the 2020 model receives a new stacked headlamp setup, colour TFT screen and also retains the iconic under-seat exhausts, which is likely to carry over to the 2021 model as seen in the leaked images.