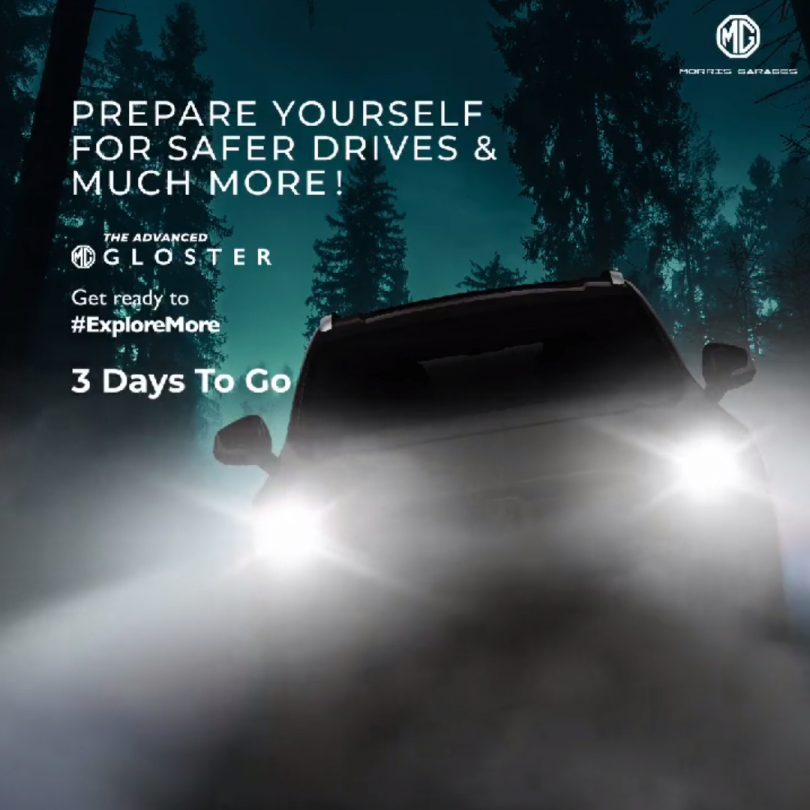 MG Motor India has released two teasers and a countdown for the MY22 Gloster facelift. We won’t have to wait long to see the new MY22 Gloster as the latest teaser MG Motor India posted on social media says ‘2 Days To Go’. Thus, the launch will take place on 31st August 2022. MG is calling the MY22 Gloster “The Advanced Gloster”. Therefore, it will most likely come with a host of new features.

MG Motor India launched the Gloster in the Indian market in October 2020. When launched, it was one of the very few cars in the market that came with Advanced Driver Assistance System (ADAS) technology. In the Gloster, the ADAS tech was Level 1. The 3-row SUV came with a digital instrument cluster, panoramic sunroof, a 360-degree camera and a 12.2-inch touchscreen infotainment display.

MY22 MG Gloster Facelift – What Do We Know?

The teasers from MG Motor India do not show anything except the SUV’s silhouette and the headlight beam. Hence, there’s nothing we can make out from them. However, according to sources, MG Motor India’s flagship SUV will get new features. In addition to this, MG could also equip it with Level 2 ADAS technology. However, it remains to be seen if MG offers it. 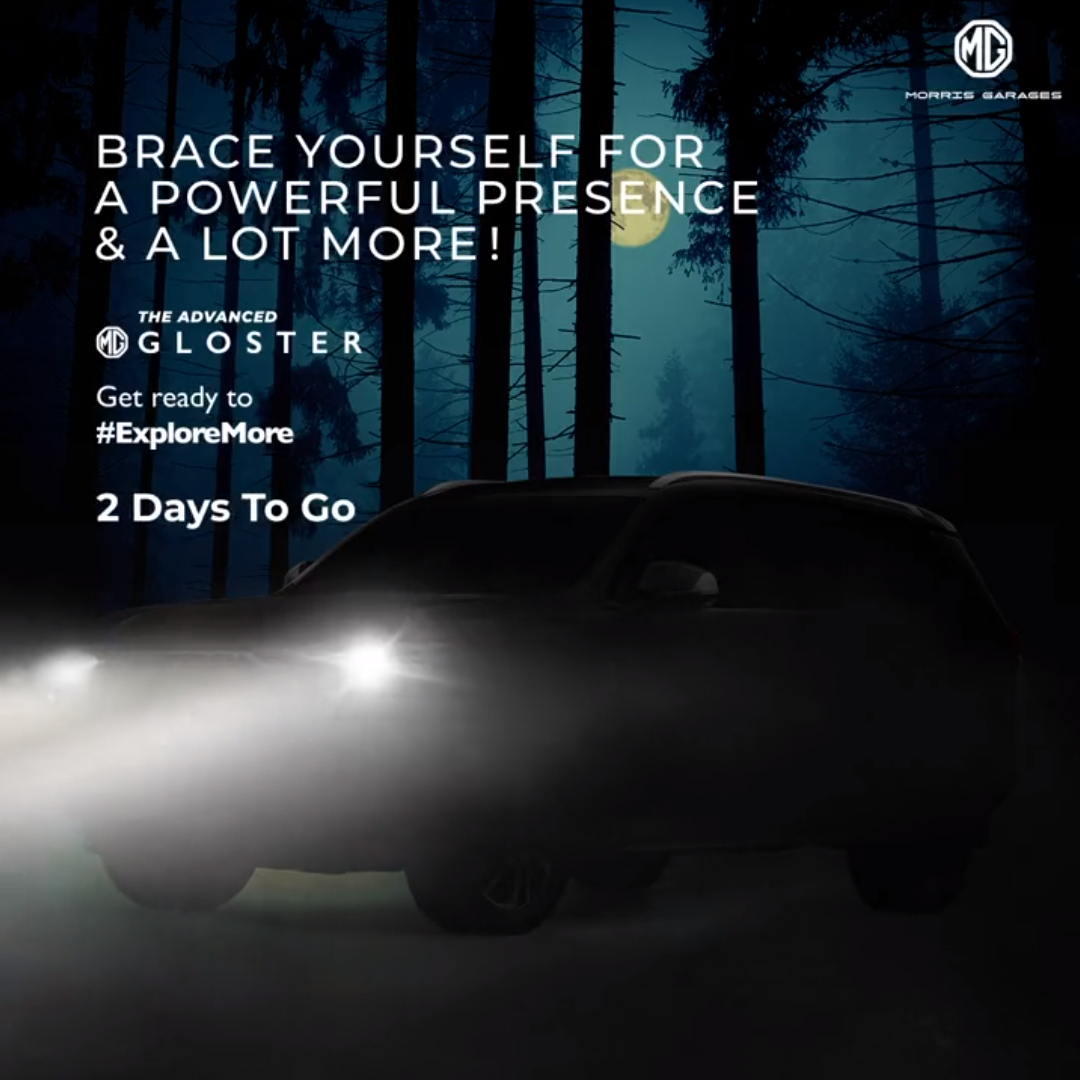