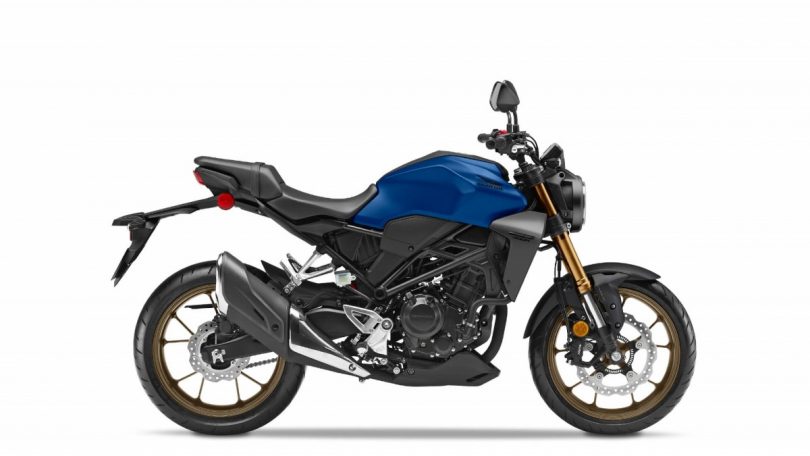 Japanese two-wheeler manufacturer Honda has announced that it will introduce its popular CB300R with a BS6 engine in India. With an expected launch date of January 2022, Honda is set to bring back the bike after two years. The two-wheeler manufacturer states that the growing preference for 200cc-500cc motorcycles in India has allowed it to re-introduce the CB300R. The CB300R will be the smallest capacity bike in the brand’s big bike range and earlier featured a BS4 engine. According to leaked documents, the new CB300R will produce 0.3 Hp more power than the BS4 predecessor, despite the stringent emission norm that saps away power.

Honda has stated that it will locally manufacture the 2022 CB300R, unlike its BS4 counterpart, which was a CKD import. First revealed at the India Bike Week 2021, the 2022 CB300R retains certain key features from its BS4 counterpart. These include the retro-style round headlamp, flat and wide handlebar, exposed frame, rugged-styled engine guard, and a sculpted fuel tank. Additionally, the 2022 CB300R also sports a split seat, a chunky upswept exhaust, golden USD forks, and blacked-out parts.

Honda has equipped the bike with black-outlined parts for the headlamp casing, engine, frame and alloy wheels, enhancing its sportiness. Along with a new black and chrome-panelled exhaust, Honda may also offer brand new colour options for the upcoming CB300R. For the previous BS4 CB300R, Honda offered 2 colour schemes – Candy Chromosphere Red and Matte Axis Grey Metallic. Honda is likely to equip the 2022 CB300R with a lighter and slimmer LCD screen along with Bluetooth-based connectivity features.

Honda has stated that the new bike will use the same yet updated engine to comply with BS6 emission norms. Powering the 2022 CB300R is a BS6-compliant, 286cc, a liquid-cooled motor that produces 30.7 Hp and 27.4 Nm. In the BS4 avatar, the model used to produce 30.4 Hp of power. Honda has mated the engine to a 6-speed manual gearbox with a wet clutch that allows for urban and highway commutes. To improve the ride experience and the responsiveness even further, Honda has equipped the engine with a counterbalancer.

The 2022 CB300R uses the same lightweight, strong steel chassis with front USD forks and a rear monoshock suspension. With 17-inch alloy wheels at both ends, the bike sports a 296mm front brake disc and a 220mm rear disc. The new 2022 CB300R will also feature dual-channel ABS and compete with the KTM 390 Duke and BMW G310R. Honda will sell the bike via its Big Wing outlet at a competitive price, thanks to its local manufacturing. 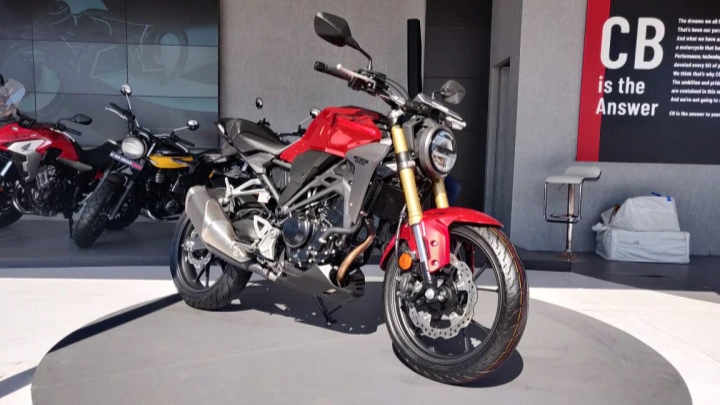 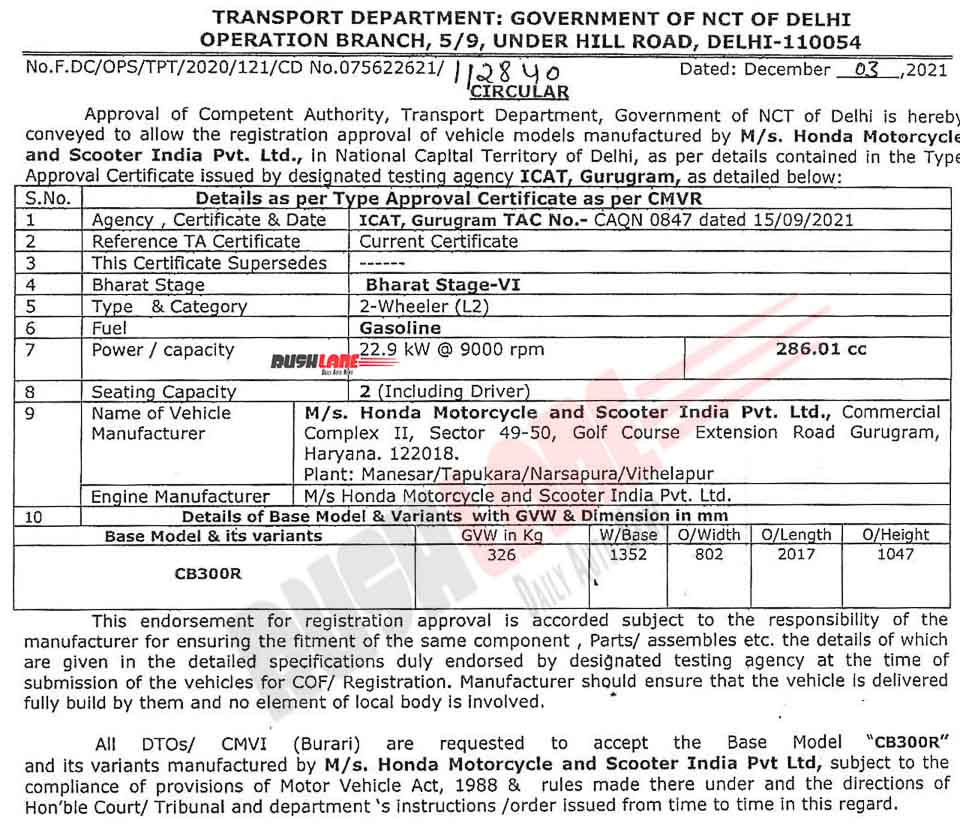