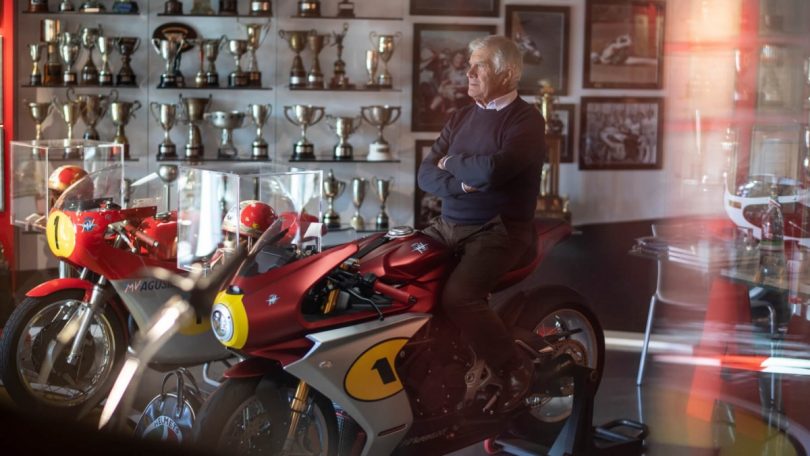 MV Agusta has launched a celebratory edition of the Superveloce Ago. This motorcycle pays homage to great Giacomo Agostini, who is arguably the greatest rider of all time. Statistically, Giacomo has 15 motorcycle Grand Prix titles and of which eight were won at the highest level. Out of these 15, Giacomo won 13 of these riding an MV Agusta motorcycle across the 500cc and 350cc championship. This also includes a run of 38 wins in a row in the 500cc category. Taking this all into consideration, MV Agusta has launched this celebratory edition of the Superveloce Ago.

Key Features Of This Special Edition Of Super Veloce

This 800cc motorcycle gets an evocative cafe race-style appearance. This has a lot of resemblance with the motorcycle raced by Agostini back in the 1960s and 1970s. Giacomo Agostini himself unveiled the bike ahead of Emilia Romagna MotoGP at Misano. Moto2 rider Simone Corsi completed the parade lap alongside this special edition of Superveloce Ago.

Each of the motorcycles of this exclusive special edition gets a number between 1 to 15. This signifies Giacomo’s world titles and sends a strong message to the rider. This also adds to the exclusiveness of this special edition. The unique graphics also enhance the overall outlook of the motorcycle. MV Agusta has also included a unique cap with Agostini’s signature on the fuel tank.

The motorcycle gets a 798cc 3-cylinder engine that makes 145 BHP and 88 Nm. The equipped gearbox is a 6-speed unit coupled with a bi-directional quick-shifter. To add to the excitement, the motorcycle also gets four engine maps and 8-level traction control. MV Agusta is also offering a dedicated racing kit with the 2022 Superveloce Ago. This includes Arrow exhaust, control unit with a racing map, dedicated motorcycle cover, passenger seat cover with Alcantara pad, red hand grips and more. Supporting the chassis is an Ohlins suspension setup along with Ohlins steering damper, forged and aluminium top triple clamp. 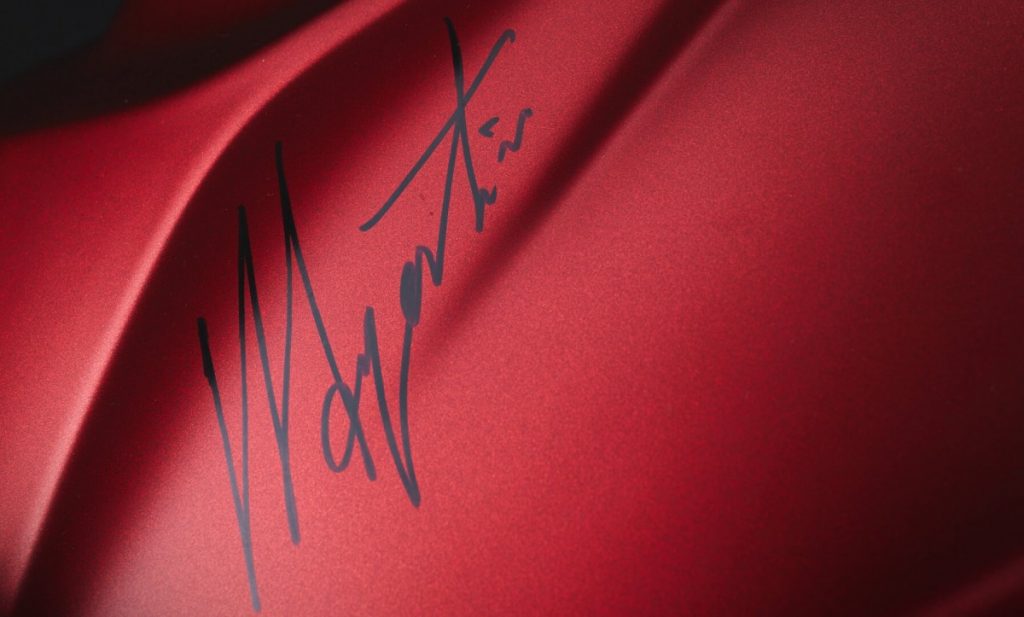 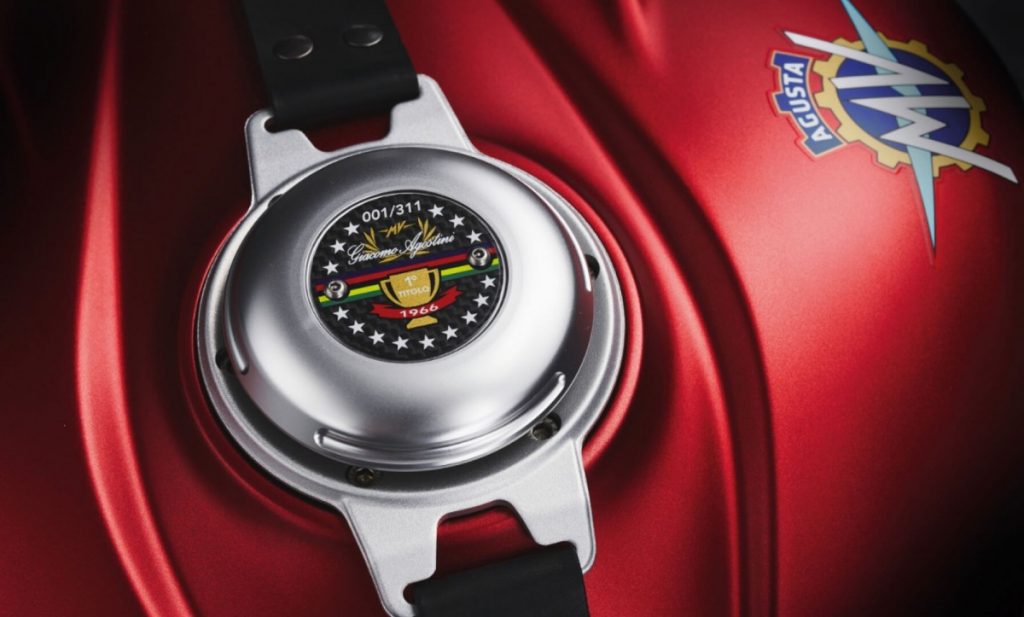 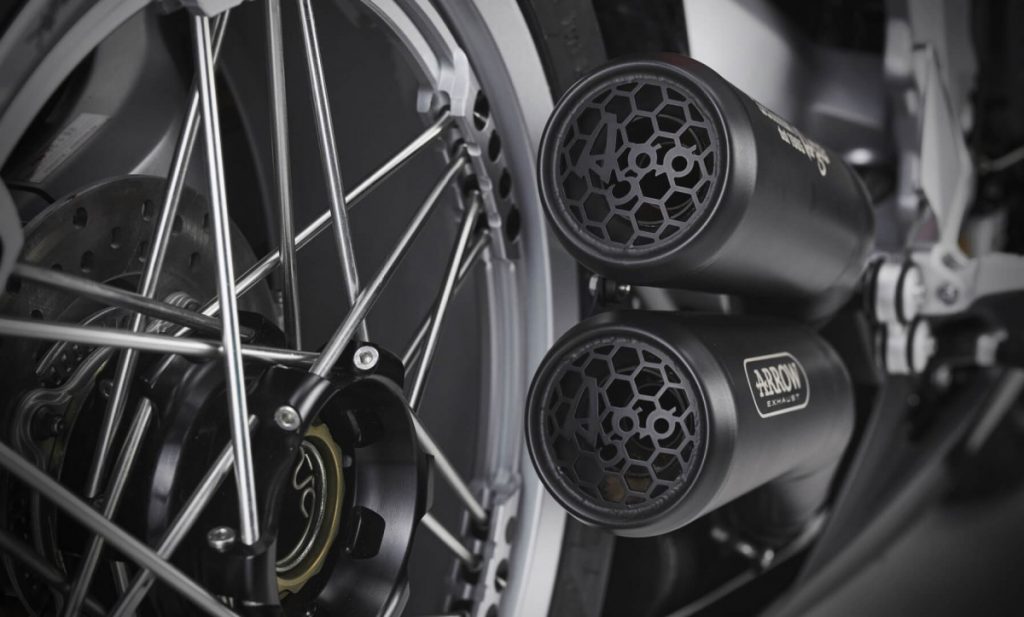 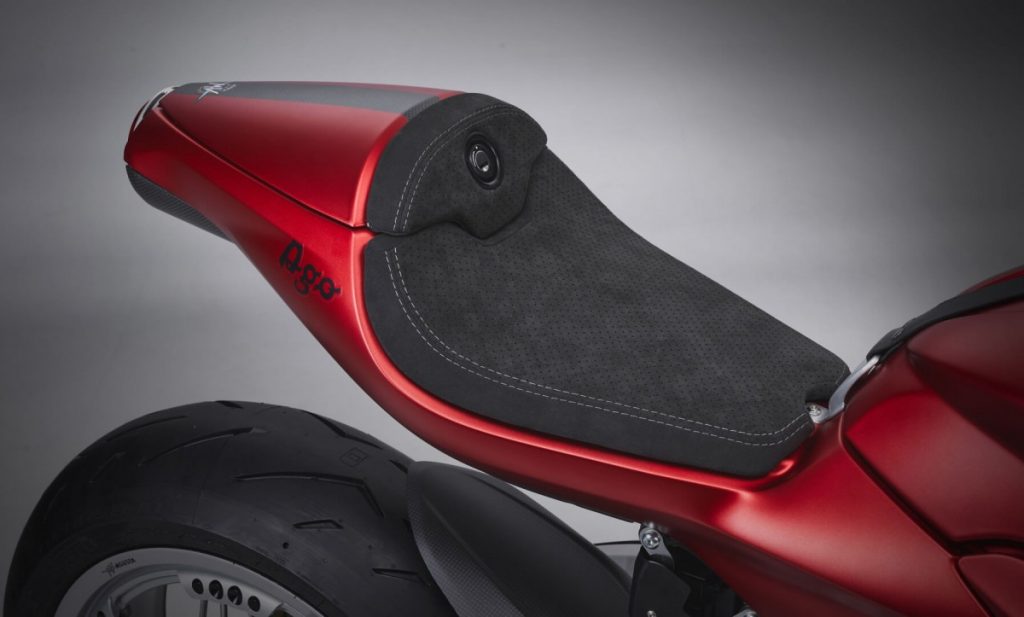 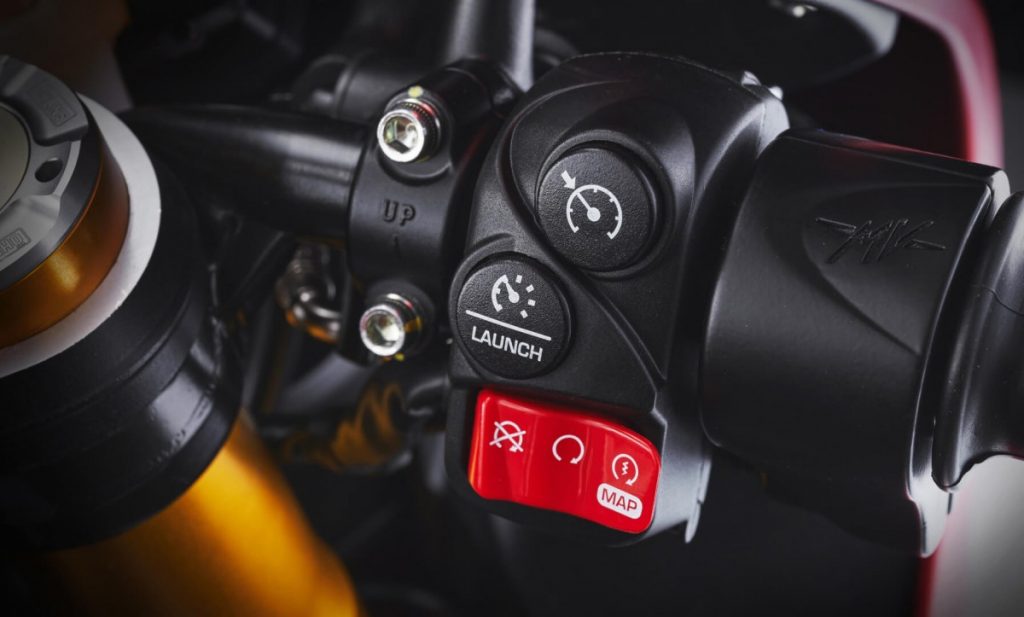 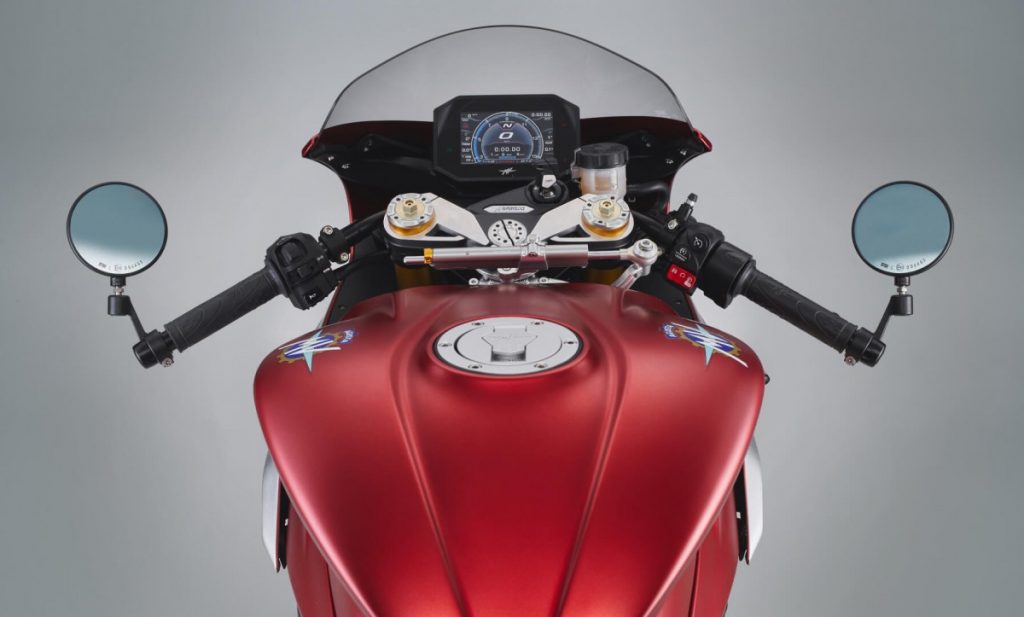 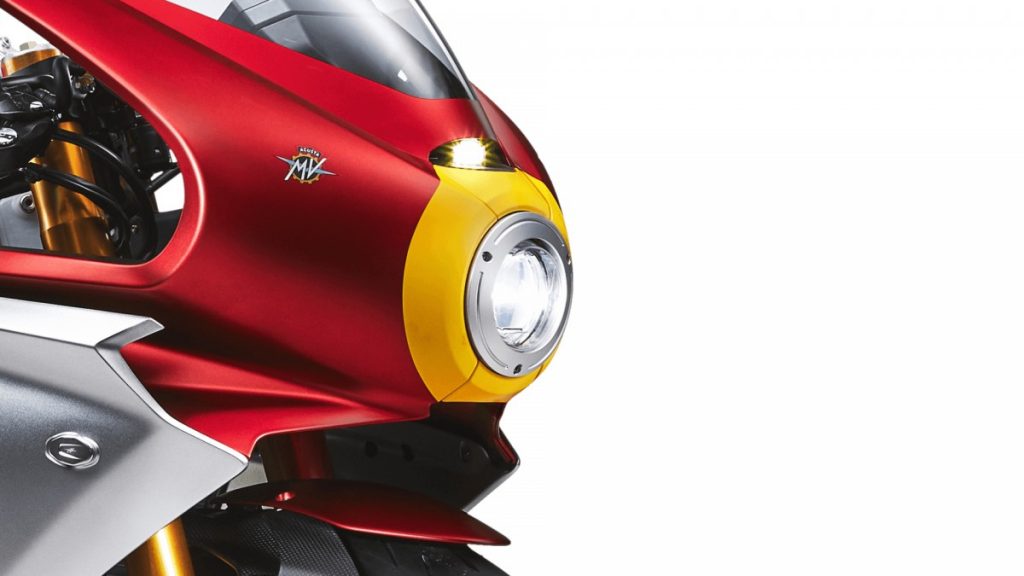 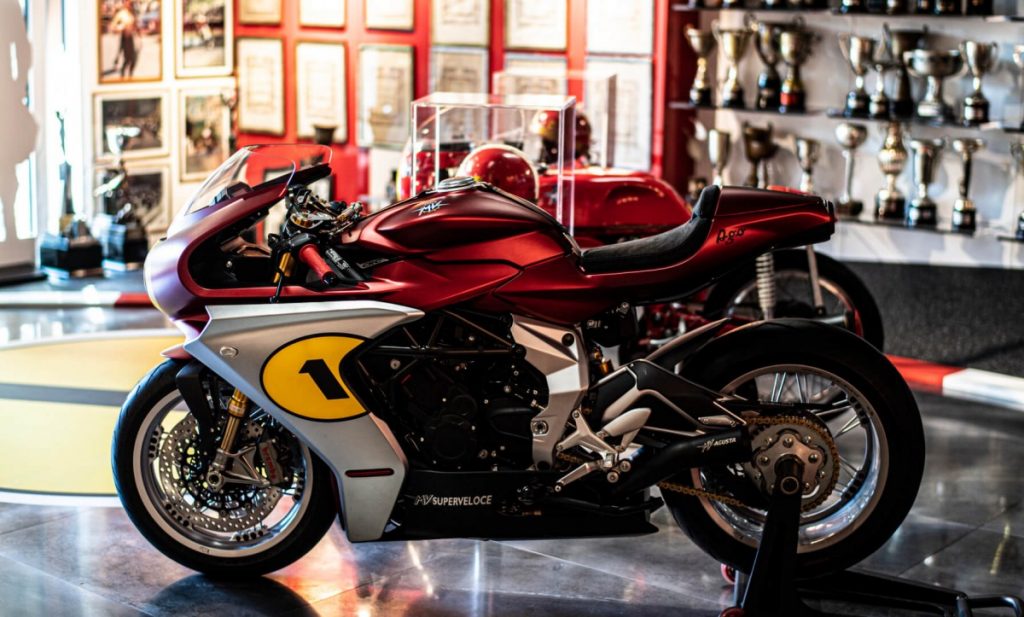 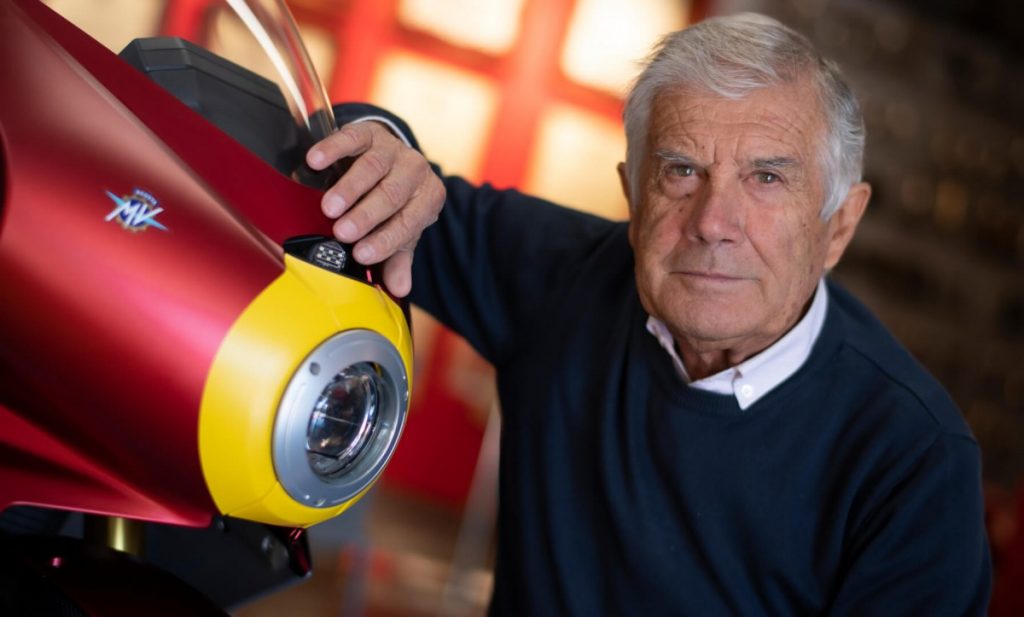