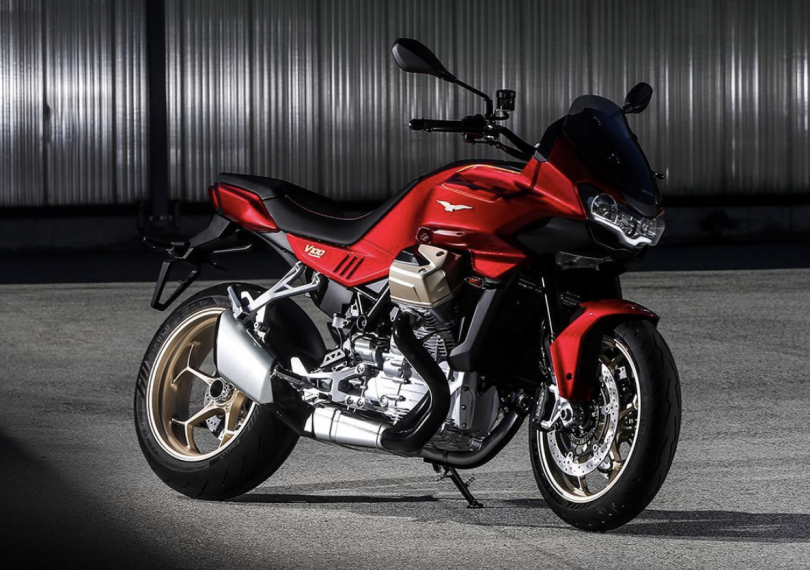 Moto Guzzi has given us a glimpse of the new V100 Mandello, making its official debut next month. The V100 Mandello is a sport-touring motorcycle, and the Italian brand has given us a first impression of what to expect from the bike. The brand also revealed that Moto Guzzi would unveil the bike fully on 23 November 2021, the first day of EICMA. We expect that Moto Guzzi will announce the technical specification of the motorcycle when it makes its public debut next month. However, the preview of the bike shows us what the motorcycle will offer in future.

The Moto Guzzi V100 Mandello will come with a classic sport-touring design with half fairing. The bike gets a wide front fascia and touring style visor that protects the rider from wind and weather. The headlamps feature an LED DRL that closely resembles the free-flying Eagle silhouette. The motorcycle also comes with a twin headlamp setup blending classic design and modern features.

The V100 Mandello features a flowing body design, muscular fuel tank and a sharp tail section. The tail section features twin rounded taillamps, which are likely to feature LED elements. The bike also comes with a large seat for the rider as well as the pillion. The seats and the upright handlebar, and the mid-set footrest will popularise the motorcycle amongst touring aficionados.

The Moto Guzzi V100 Mandello comes with features such as an electrically adjustable windscreen. The preview also reveals that as the windscreen progresses, upwards flaps on the sides of the fairing also pop out to offer extra wind protection to the rider. The body flaps will help keep the hands warm in cold weather. The motorcycle also comes with features such as a colour TFT dashboard and cruise control. 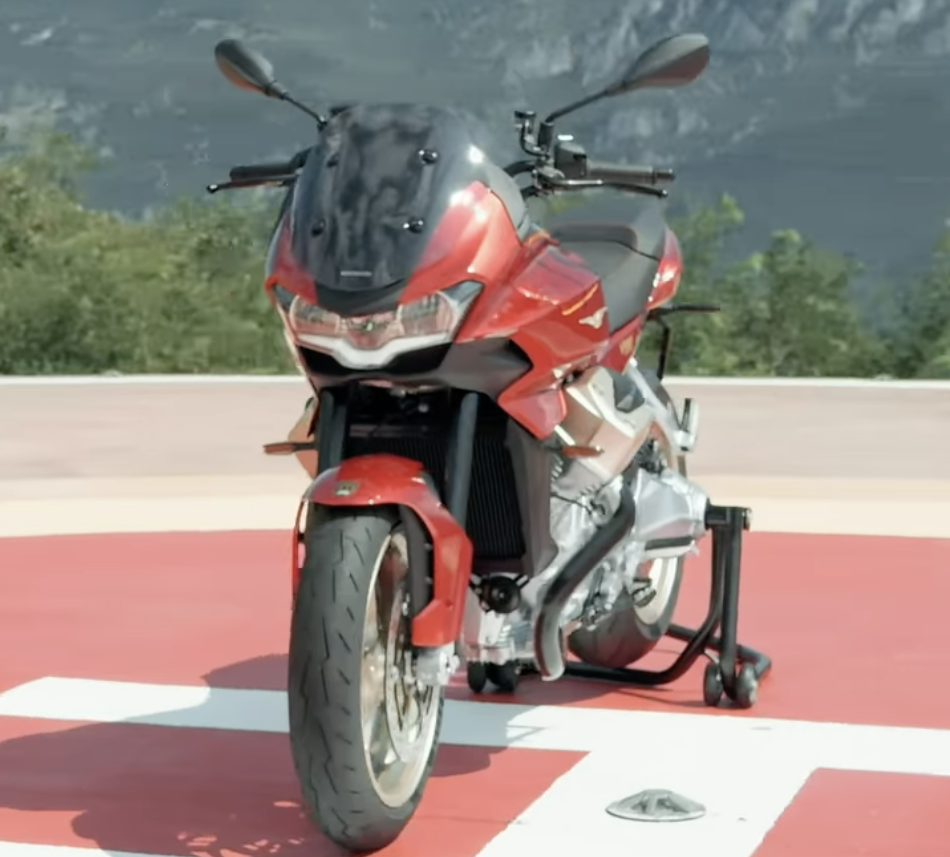 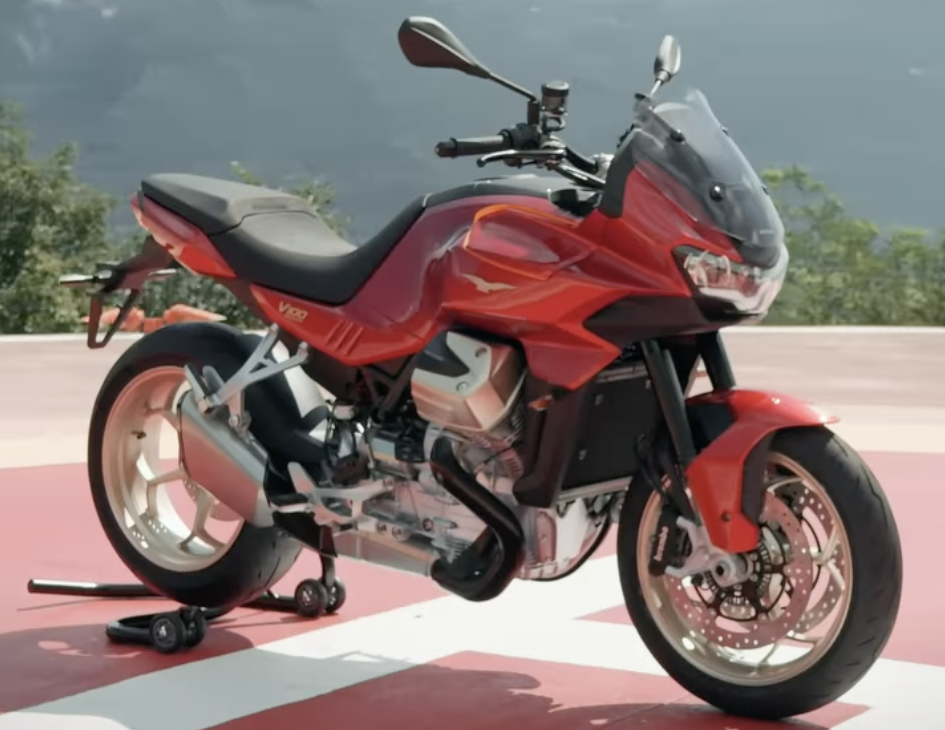 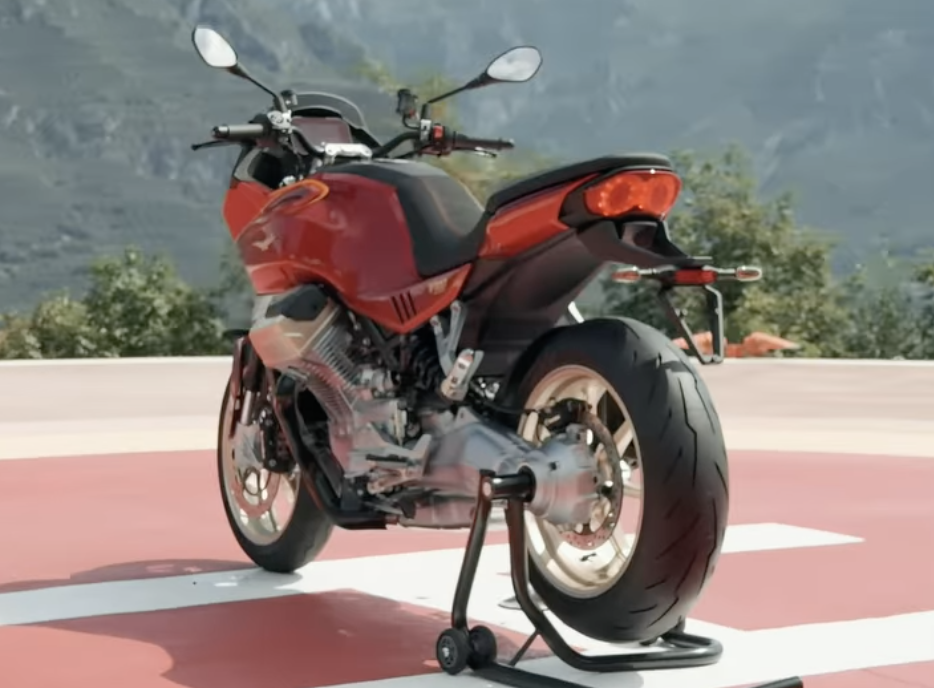 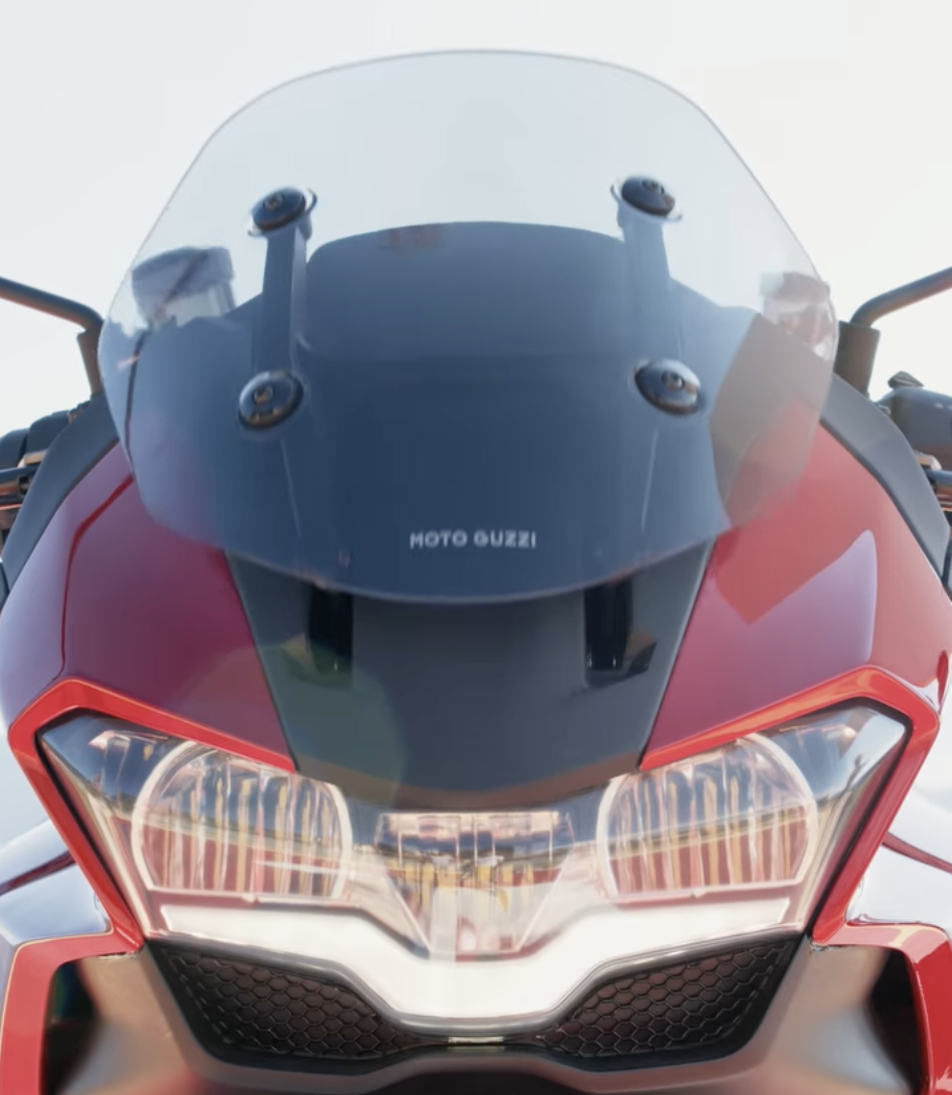 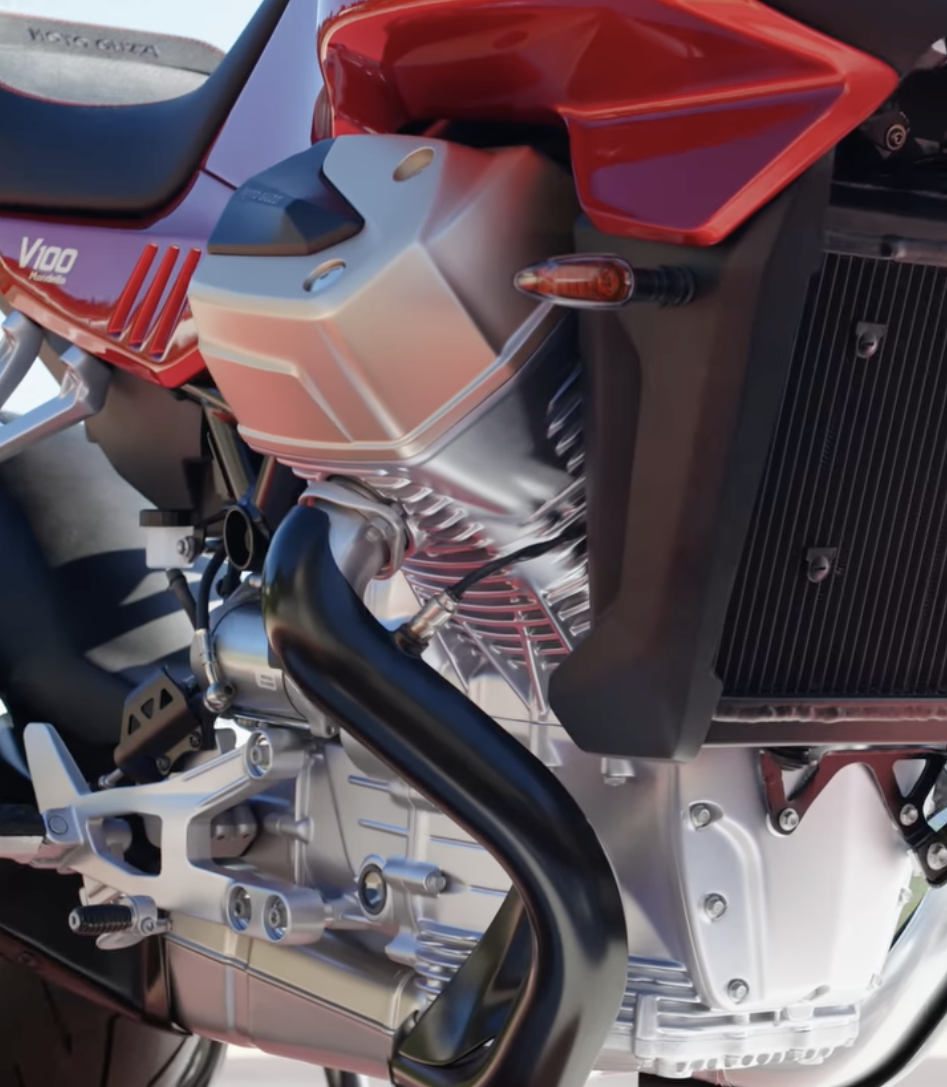 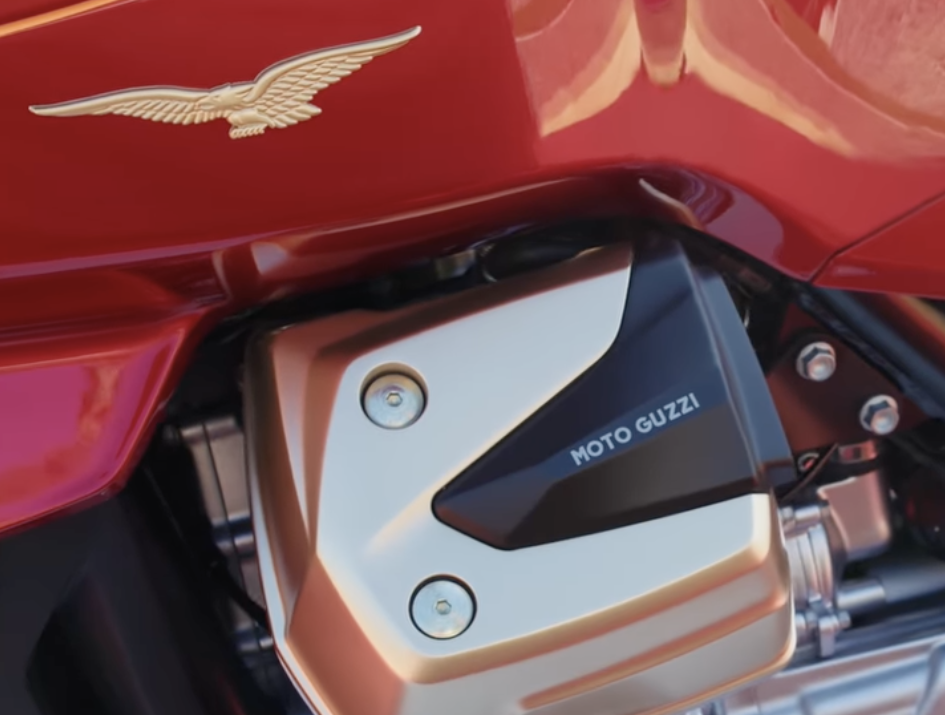 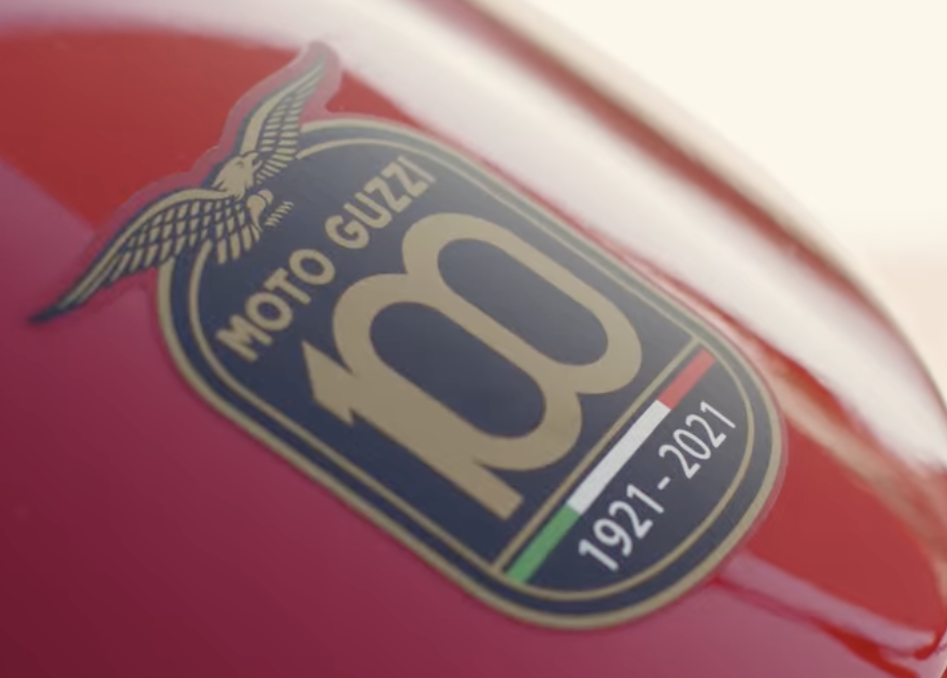 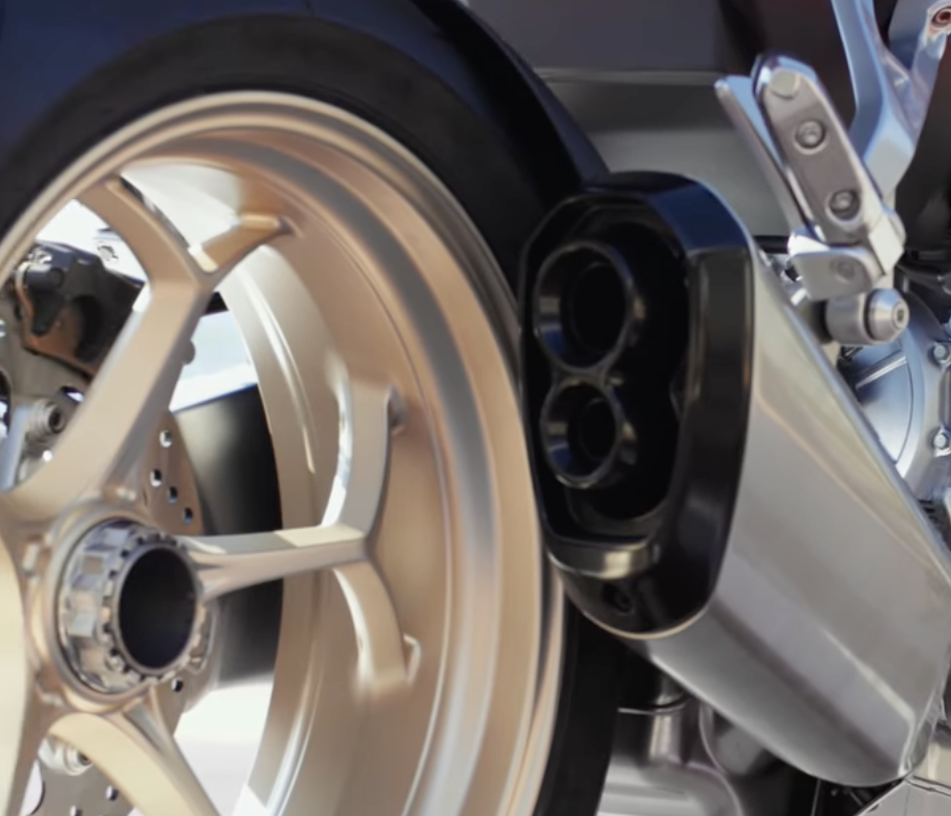 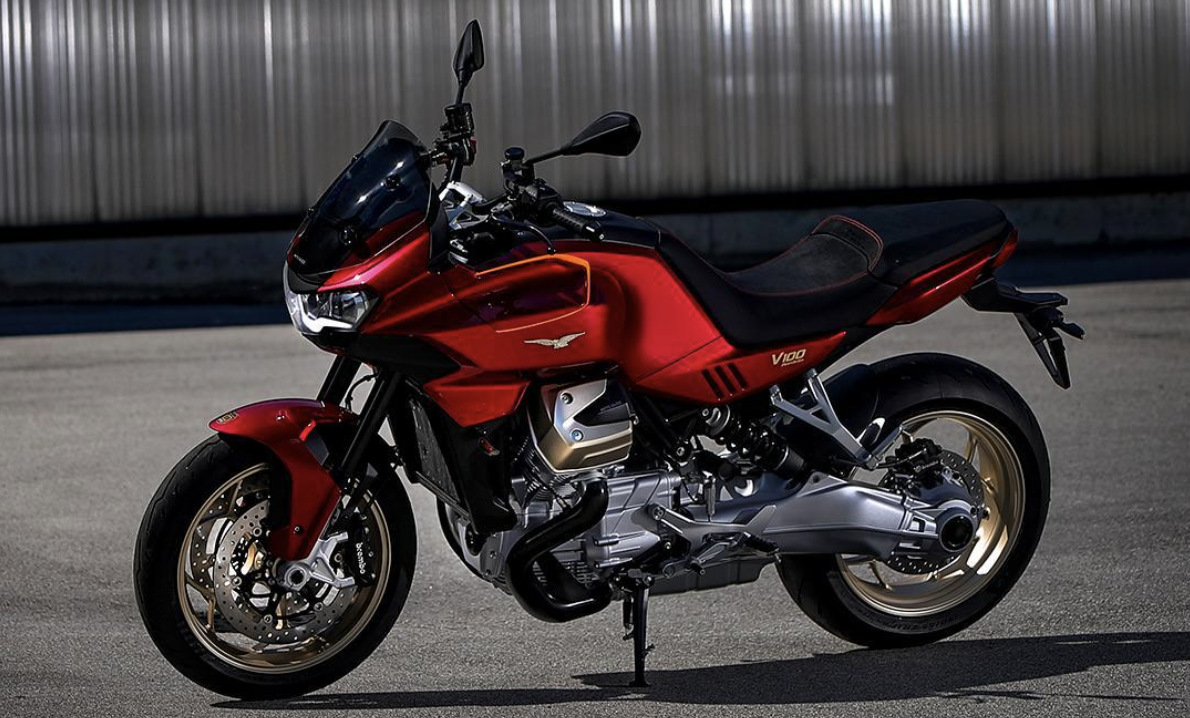