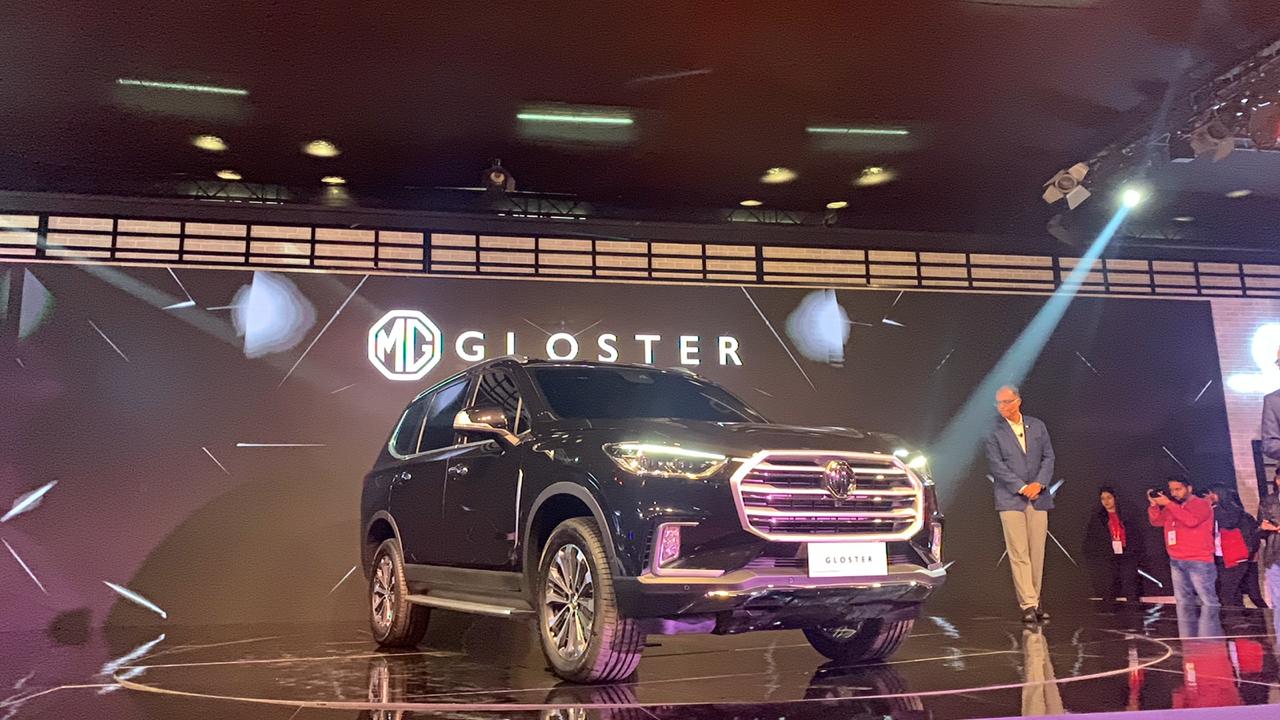 Chinese owned British brand MG, short for Morris Garages has just unveiled the MG Gloster in India at the Auto Expo 2020. The MG Gloster is a full-sized SUV that rivals the likes of the Toyota Fortuner, Mahindra Alturas and Ford Endeavour in the Indian market. To keep the costs in check MG is likely to assemble the Gloster at their manufacturing plant in Halol Gujarat and is expected to be priced between INR 25 – 35 lakh mark (ex-showroom).

The MG Gloster features a large grille with three chrome-accented horizontal slats and an MG logo on the front, bumper-mounted fog lamps, air intakes that flank the bumper, a chrome-accented skid plate and a large air dam. The Gloster gets a set of sleek headlights with integrated LED daytime running lights (DRL). Coming to the profile of the car, the Gloster features large multi-spoke alloy wheels, a step for ingress and egress, chrome accents on the window sills and roof rails. The rear of the SUV has a wide tailgate, chrome-tipped exhaust pipes and LED tail lamps.

On the interior, the MG Gloster is likely to feature a three-zone automatic air-conditioning, a 12.3-inch touchscreen infotainment system, an 8.0-inch instruments display, dual-pane panoramic sunroof, front seats with heating, ventilation and massage functions, connectivity features, gesture-controlled tailgate, heated ORVMs, adaptive LED headlights and more. The brand will also be offering a list of personalisation options on the SUV.

In the engine department, the MG Gloster is expected to come with a 2.0-litre twin-turbocharged diesel engine that produces 218 PS of power and 480 Nm of torque. The international-spec version comes with a 2.0-litre turbocharged petrol engine that generates 224.34 PS of power and 360 Nm of torque coupled to a 6-speed manual and a 6-speed automatic. MG might offer both these engines for the Indian market. 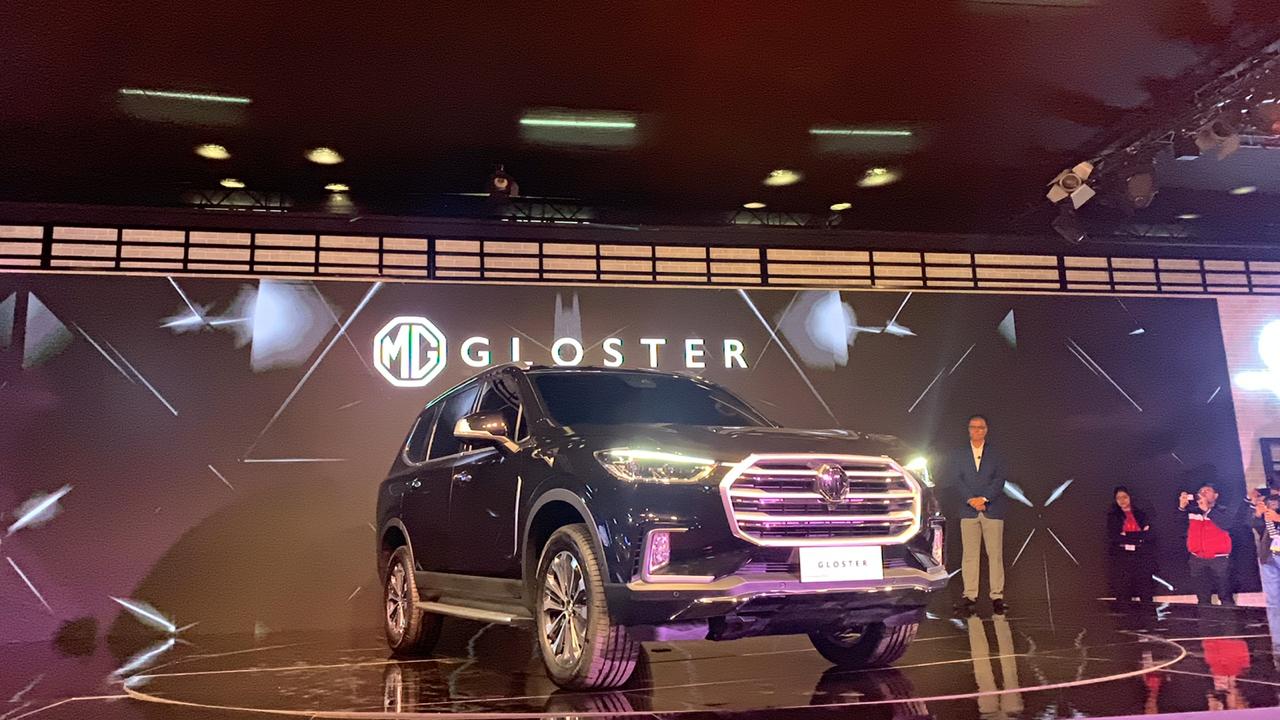 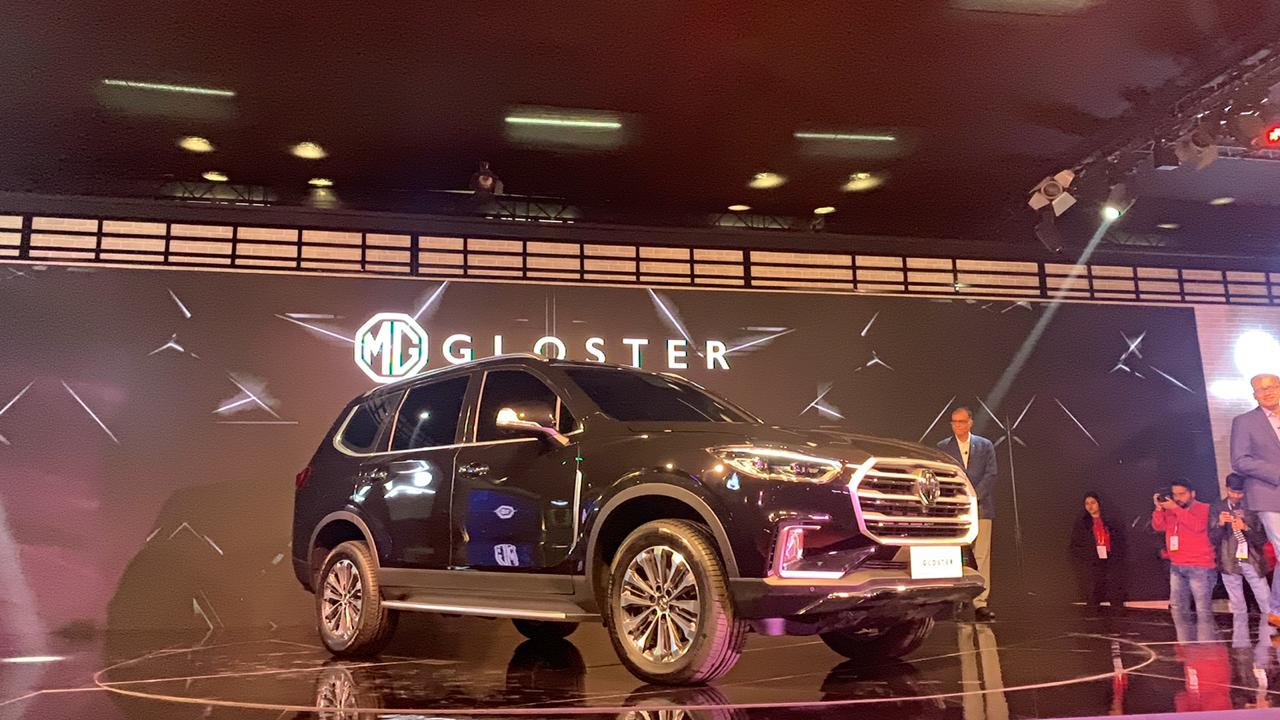 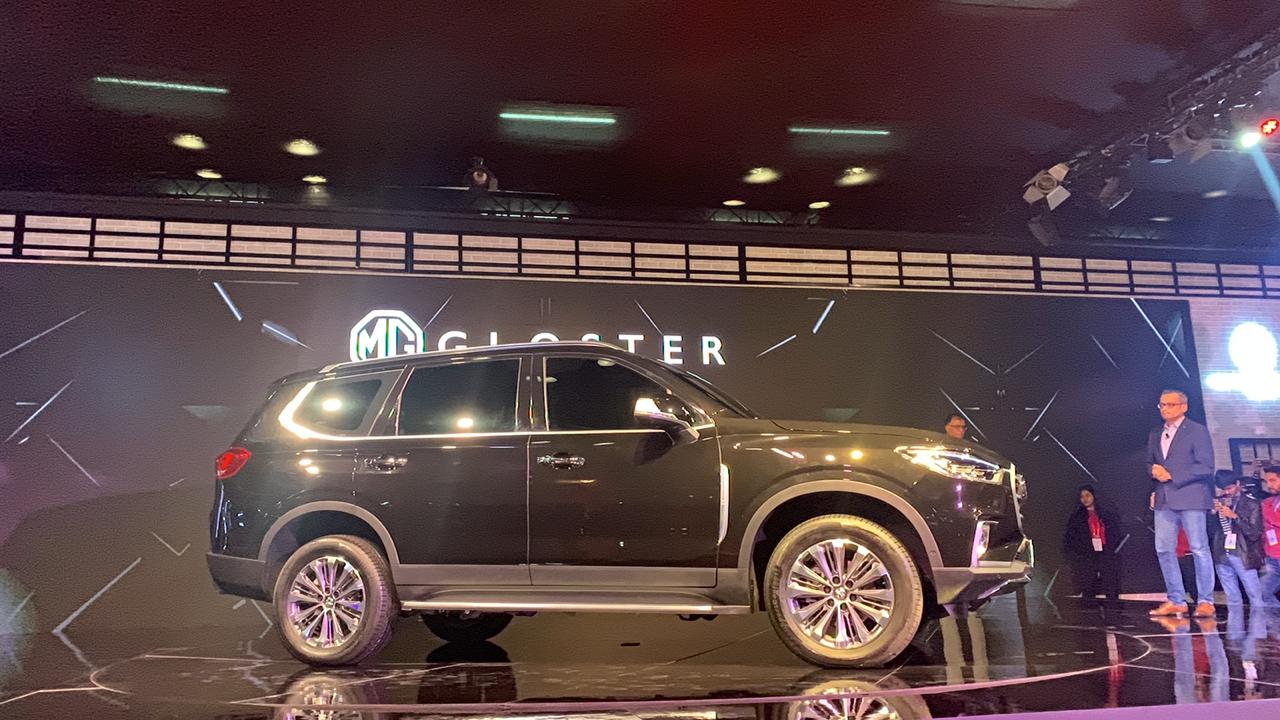 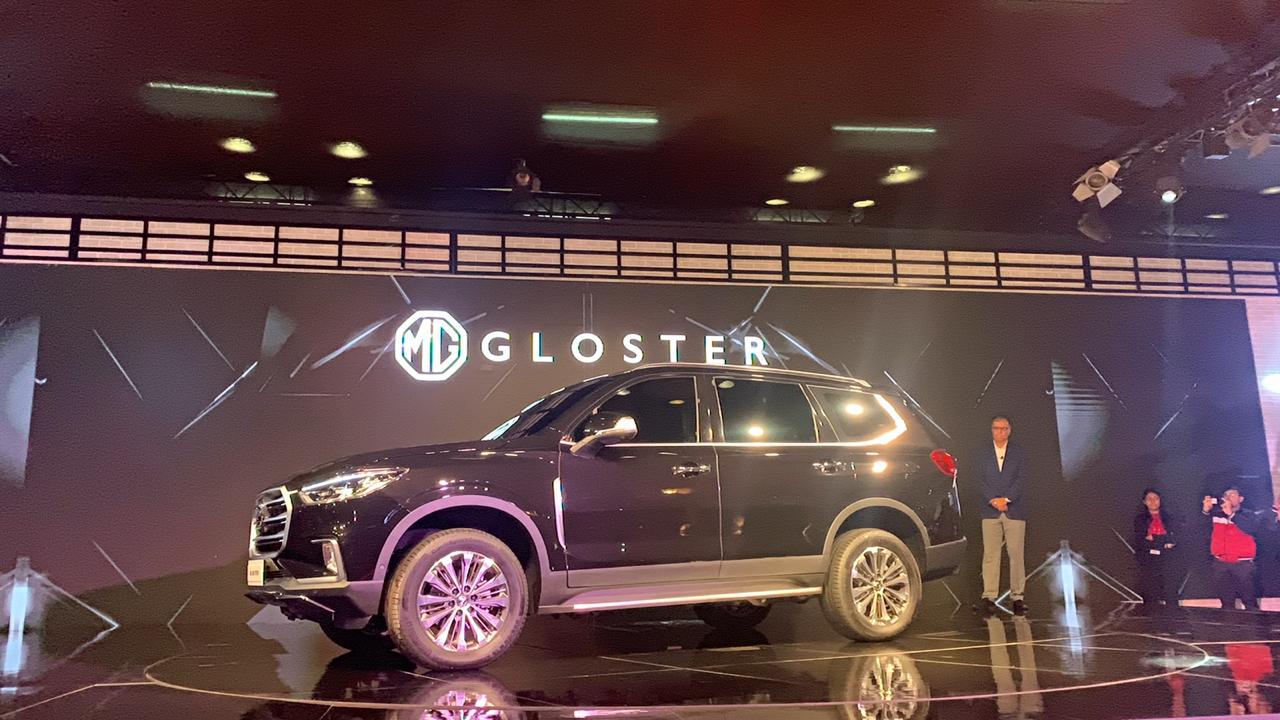 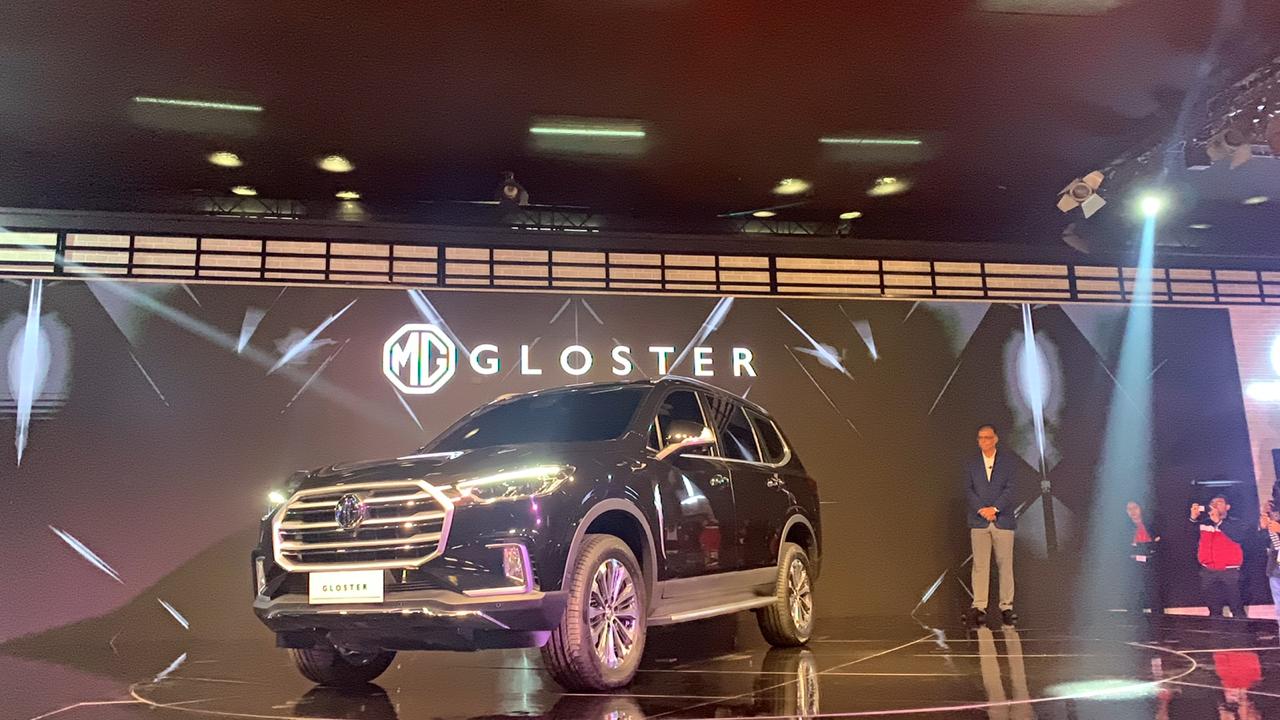 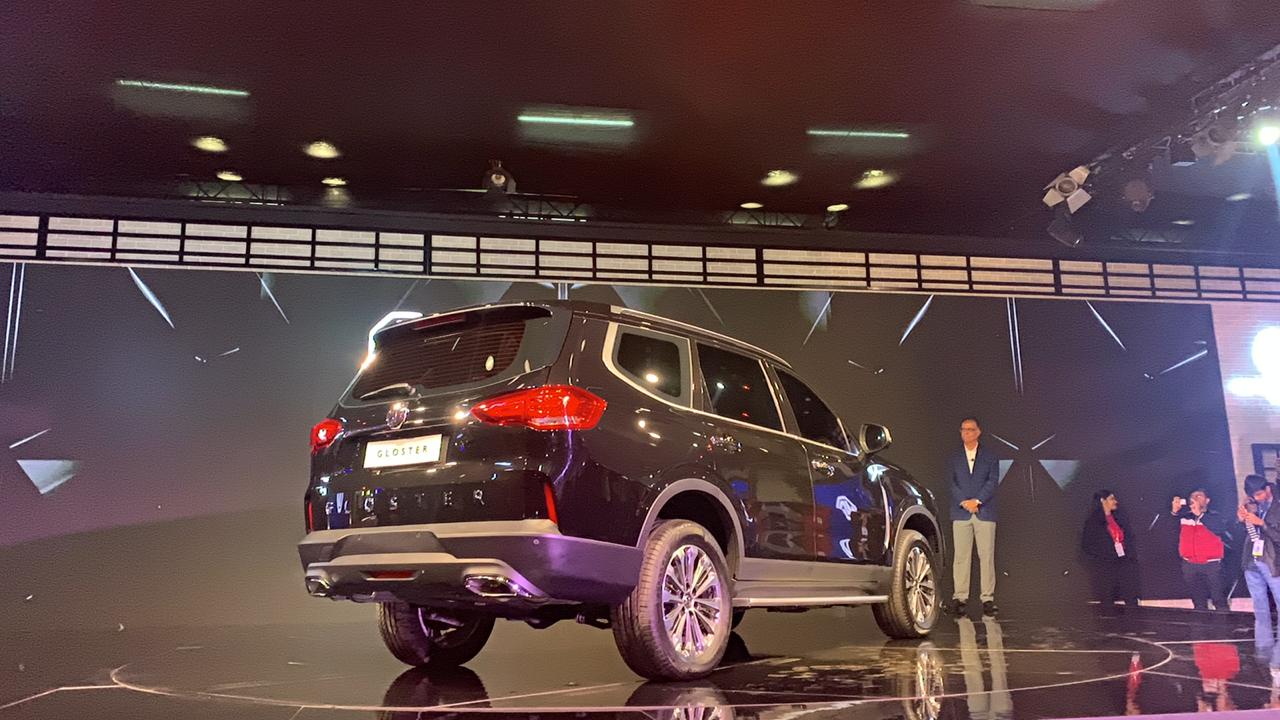