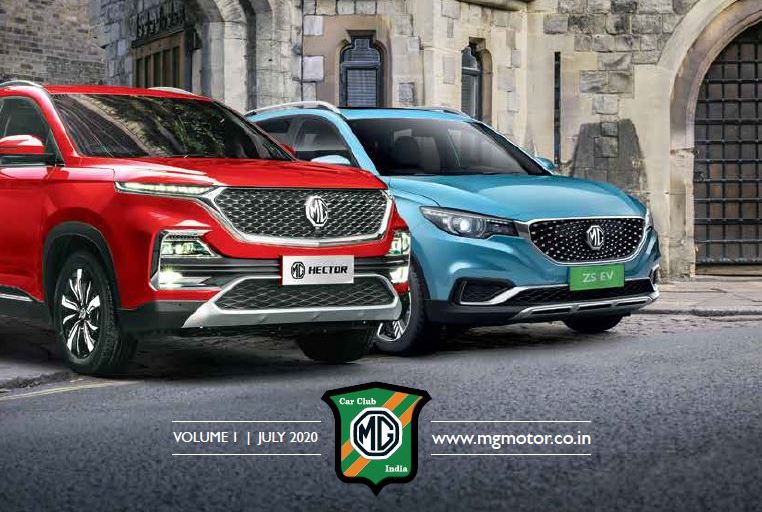 MG Motor India has announced the launch of a new monthly digital magazine in the Indian market popularly known as MG ‘Safety Fast’. The magazine’s first edition will be (July 2020) will be launched on 27th July 2020 and will be published on the 27th of every month. The magazine will be in the digital PDF format and will be available to download for free.

In the year 1929, MG Car Company’s publicity manager, Ted Colegrove was driving a bus in Oxford, which had a triangular sign and across the sign was the words painted ‘Safety First!’ and the bus was fitted with brakes on all four wheels, a new innovation at the time which indicated that it could stop quicker and thus was safer than others.

At the MG Abingdon works Cecil Kimber, the father of MG was sitting at his desk with an advert that had the company’s current slogan, ‘Faster Than Most’ and someone mischievously added the word ‘Bicycle’ to it, making it ‘Faster Than Most, Bicycles’ which made Kimber furious.

Ted Colegrove thought the word’s ‘Safety First’ that he had read behind the bus, could be altered to ‘Safety Fast!’, Kimber agreed and saw that ‘Safety Fast!’ could not be tampered with and instructed Colegrove to go ahead and use it. Since then, the MG Car Company used the ‘Safety Fast!’ slogan in most of their advert campaigns. The magazine is named after the iconic slogan ‘Safety Fast!’.

The MG Safety Fast! The magazine highlights the brand’s near hundred years of heritage and the name stands with the brand’s pledge for speed with safety that has stood true even today after nine decades of the Octagon’s existence for the brand and as for MG, safety has always been paramount.

The brand first published the MG Safety Fast magazine in 1959 and it has been the official magazine of the MG Car Club.

The brand has also shared a few screenshots of the first edition that gives us a glimpse of what the First Edition will look like. 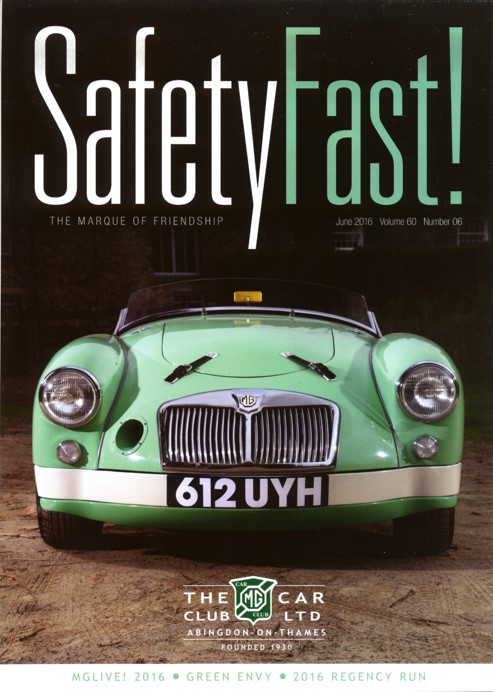 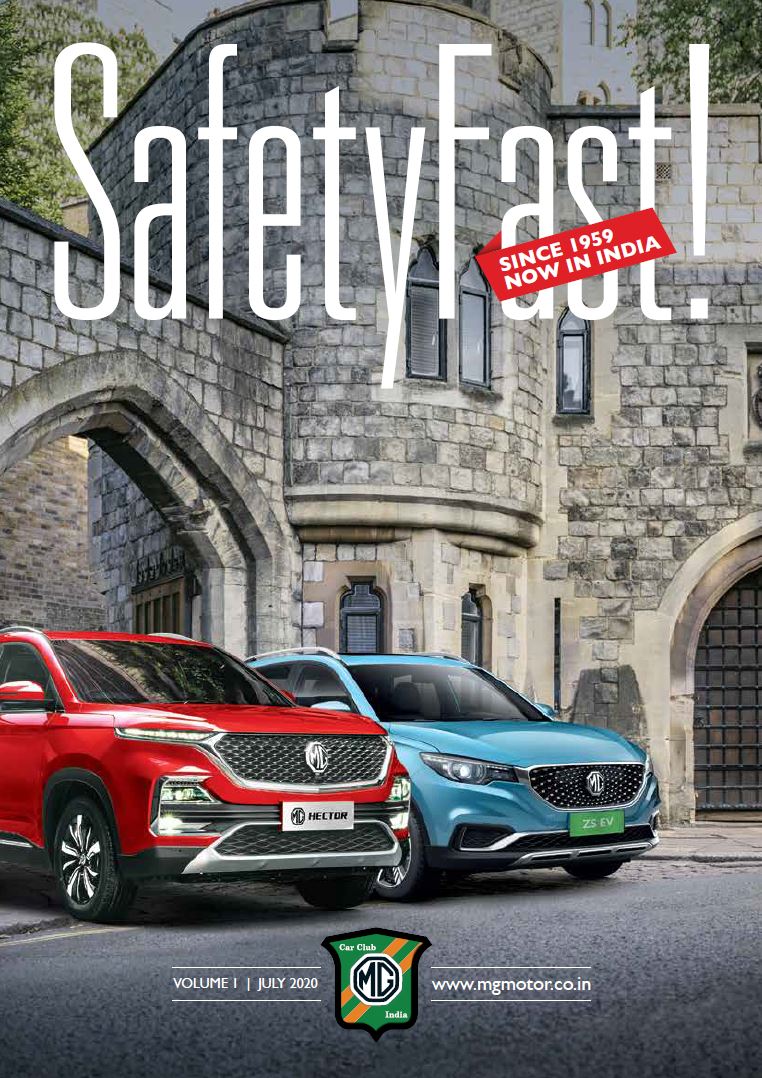 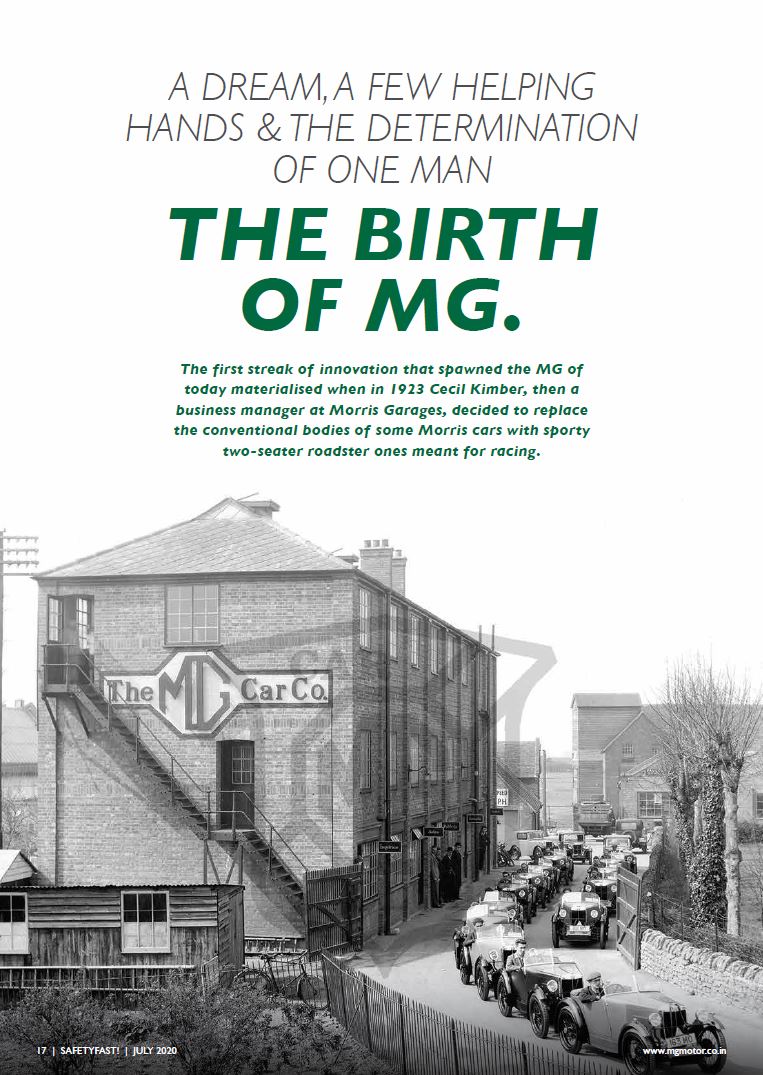 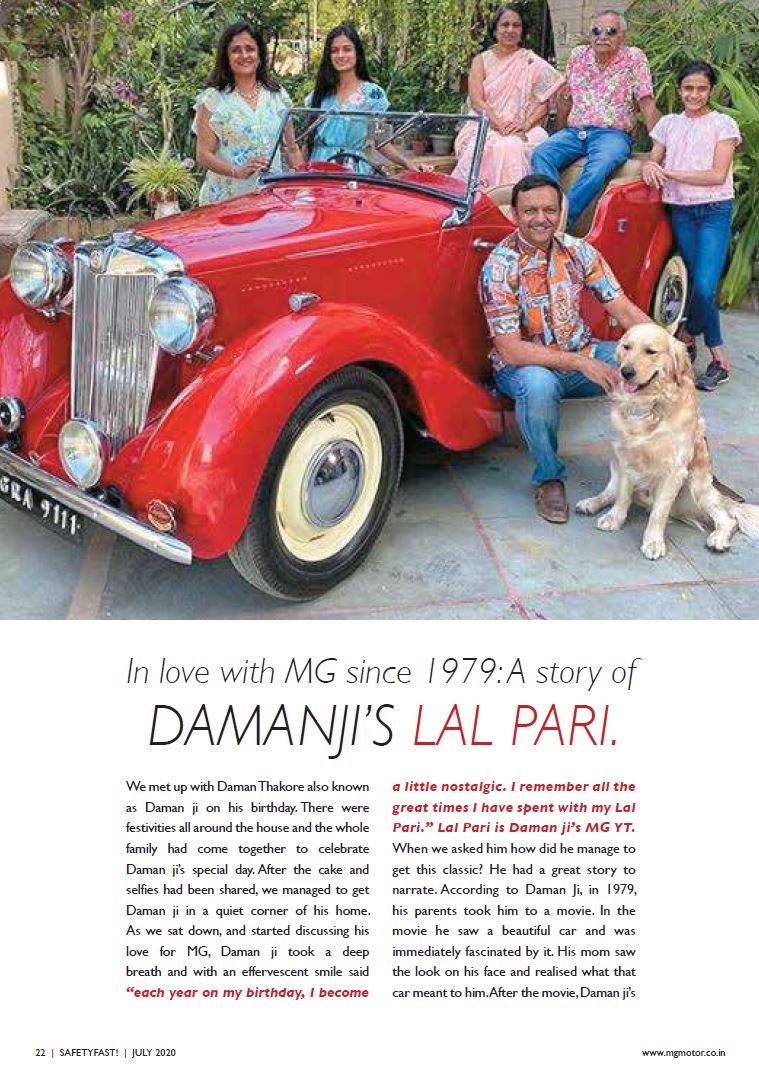