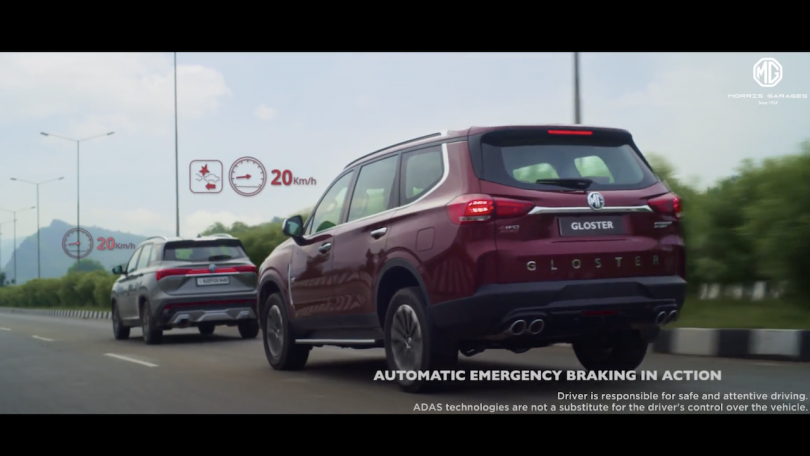 The MG Gloster is setting new benchmarks in the premium SUV range, with Level 1 Autonomous features such as Automatic Parking Assist and Adaptive Cruise Control, the MG Gloster gets pieces of equipment only seen on luxury SUVs such as the Volvo XC 90. Currently, the Chinese-owned heritage British brand is engaged in a teaser campaign and MG Motor India has released yet another teaser of the premium SUV confirming that the Gloster will come with advanced active safety features such as Automatic Emergency Braking.

Claiming to be India’s First Level 1 Autonomous SUV, the MG Gloster will come with Automatic Emergency Braking, an active safety feature that brings the car to a complete stop under an emergency situation where the driver does not engage the brakes and the car detects an imminent collision with another four-wheeler.

Above 40 kmph the system slows the SUV down by 40 kmph, say for example the Gloster is travelling at 60 kmph and detects an imminent collision with another four-wheeler the Gloster’s Automatic Emergency Braking system will apply brakes automatically and bring the SUV’s speed down to 20 kmph.

MG Motor India has also confirmed that the brand has tested and validated the Automatic Emergency Braking system according to Indian road conditions.

The MG Gloster is expected to be launched in the coming months and is likely to be brought via the CBU route. The Gloster is speculated to be priced around the INR 45 lakh mark. 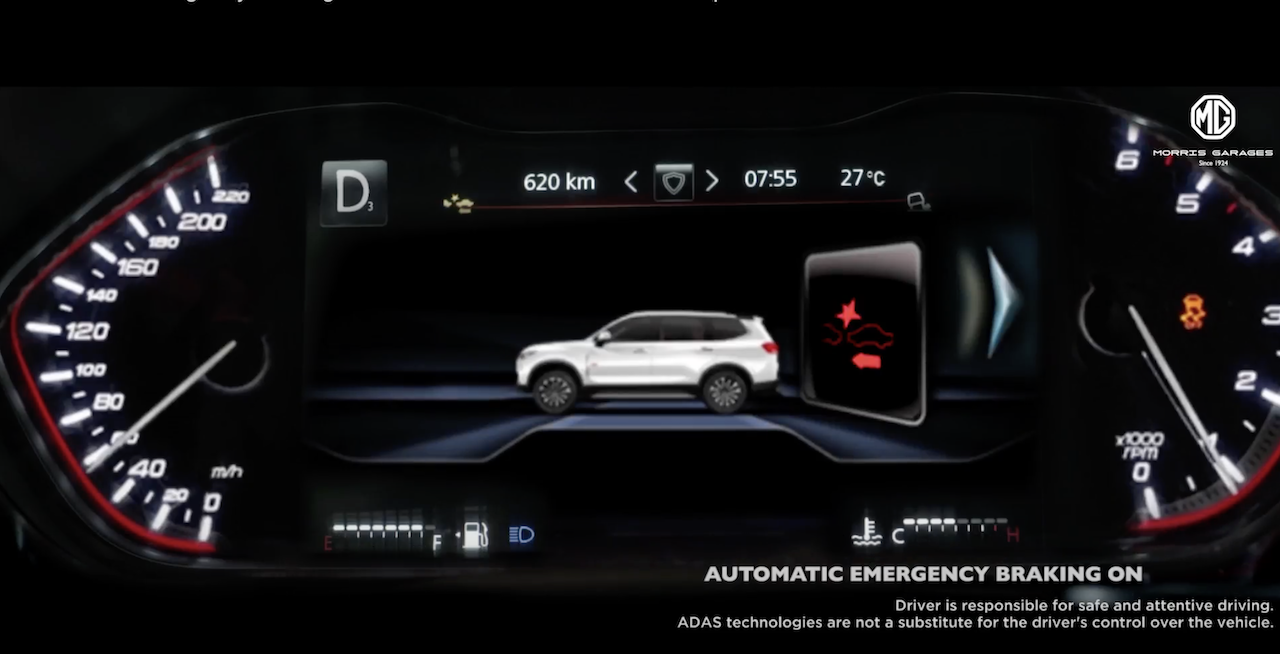 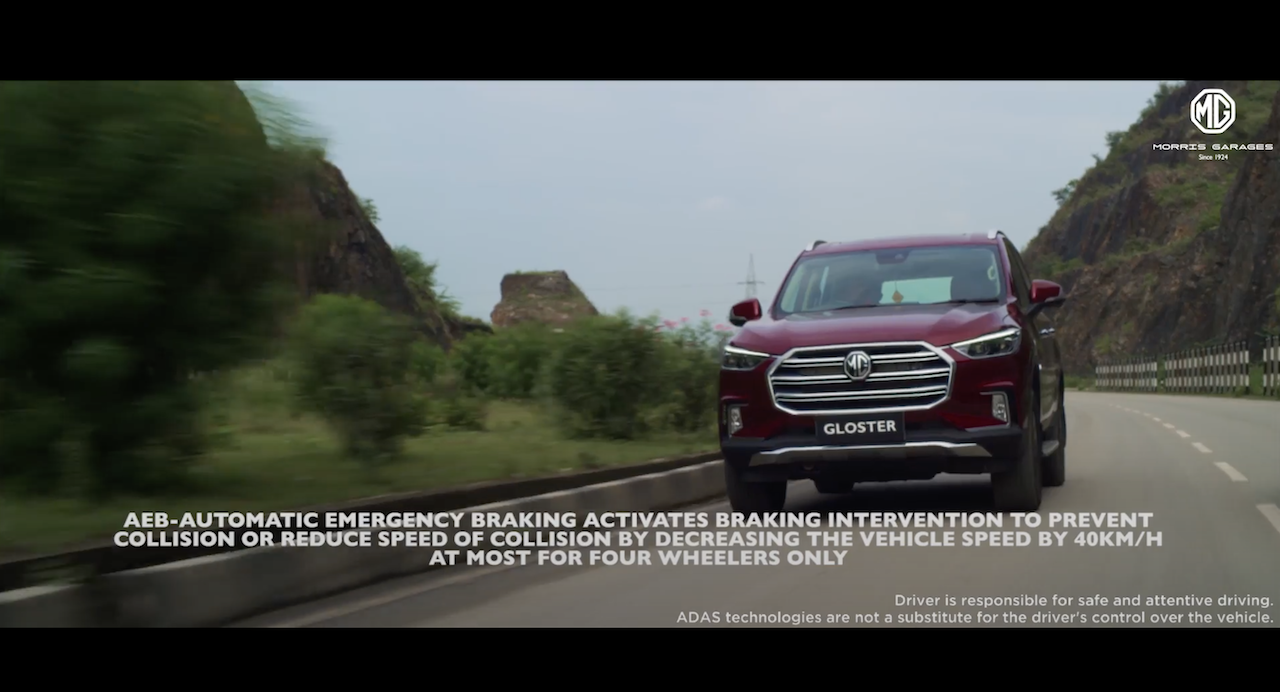