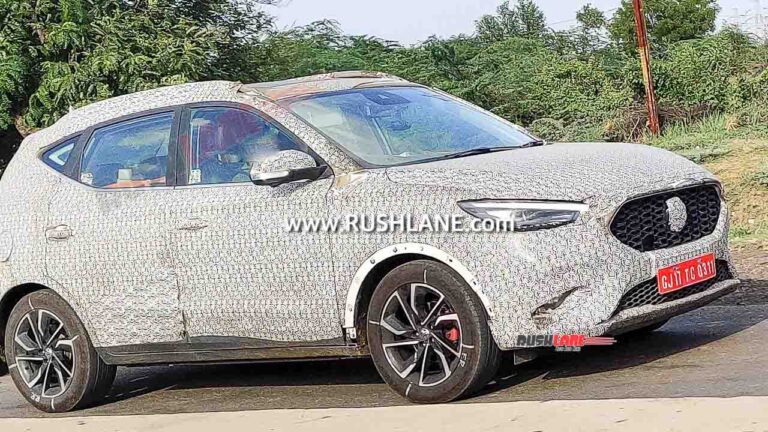 There have been multiple spy shots of the car already doing the rounds on the internet. But, recently, we found out some interesting bits. A recent set of spy shots reveal that the Astor might come with a panoramic sunroof. A features most loved features by Indians. In addition to this, we also found that the test car had red brake callipers at the front, thus enhancing the vehicle’s sporty look. The alloys also wore a stylish dual-tone finish different from that from ZS EV.

As evident from the other MG products in the current lineup, MG won’t cut short any necessary features. And it is safe to say that the Astor will get all the latest bell & whistles, and we also expect some ‘Segment-First’ features as well. Previous spy shots revealed that this new MG SUV might come with a 10.1-inch touchscreen infotainment display compatible with Andriod Auto and Apple CarPlay. Other features could include a fully digital console, air purifier, and more.

The car is expected to go on sale with two engine options. A 1.5-litre VTi naturally aspirated motor which makes around 118 BHP of power and 150 Nm of torque. The second engine option is a 1.3-litre turbo-petrol unit that will crank out 161 BHP and 230 Nm. Given the rising number of automatic buyers in the country, MG is likely to offer both manual and automatic transmission in the form of a 5-speed manual and a CVT automatic gearbox. 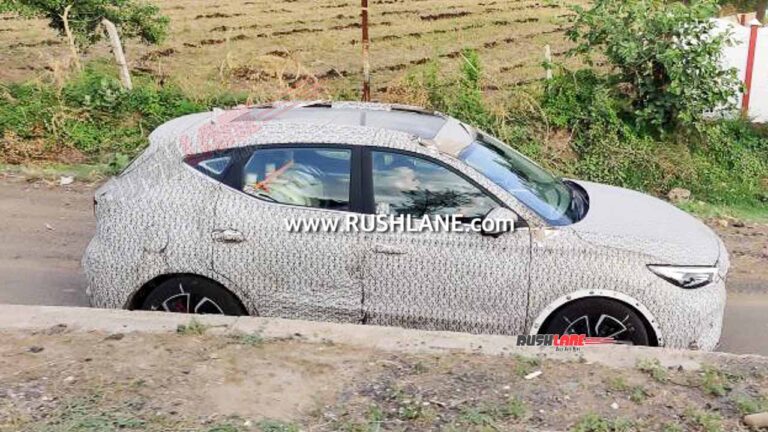