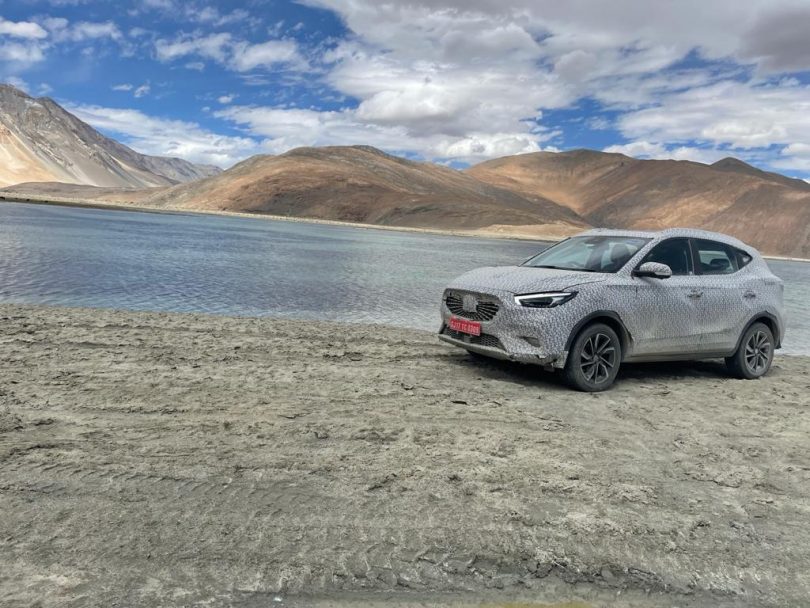 MG is getting ready to reveal the new Astor SUV in the Indian market. But before its debut, the brand has released a few details about the technological marvels that the Astor will bring to the segment. MG reveals that the Astor SUV is still in the pre-launch phase testing phase, and the brand is testing the SUV in the harsh environment of Ladakh.

MG has successfully conducted pre-launch tests on the MG Astor in the high-mountain desert. With the lowest recorded elevation of 2,500 metres at the Indus river, Ladakh is the highest plateau in India. Most Ladakh is at an elevation of more than 3,000 metres above sea level and extends from the Himalayas to the Kunlun ranges. Temperatures range from 3 to 35 degrees Celsius in summer and -20 to -35 degrees Celsius in winter. The harsh environment and remote location challenge both man and machine.

MG has derived Astor moniker from Raytheon Sentinel, an airborne battlefield and ground surveillance aircraft formerly operated by the Royal Air Force (RAF) UK. It’s not just the tough name, but MG boasts that the Astor SUV also “stood strong through the rough terrain and climatic conditions” of Ladakh. The MG Astor shares the platform with the MG ZS SUV, which the brand successfully retails in around the globe. MG retails the ZS SUV in the UK, Australia, New Zealand, Middle East, Norway, Netherlands and other Asian markets.