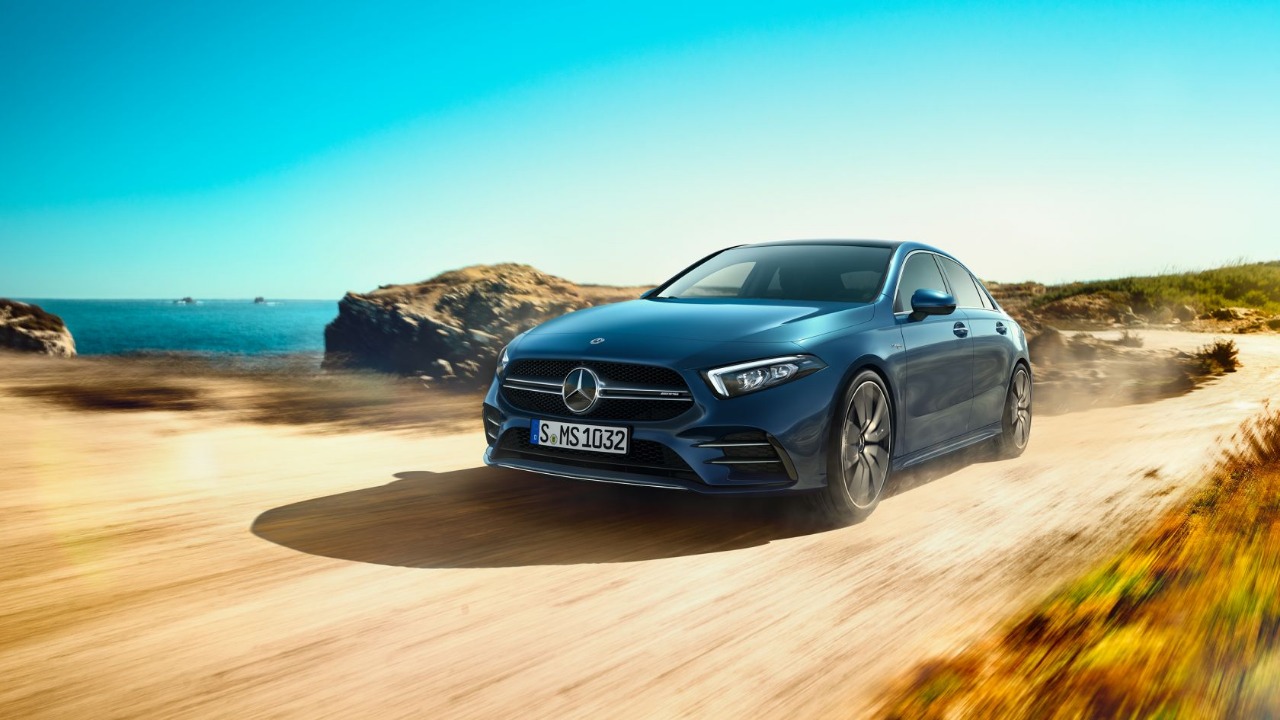 German premium car manufacturer has debuted the new Mercedes-Benz A-Class for the Indian market at the Auto Expo 2020. The new A-Class was showcased in the AMG A35 guise, which is the sportier iteration from the brand and Mercedes-Benz calls it the ‘A-Class Limousine’. The new entry-level sedan car is underpinned by the new generation MFA platform which is dubbed as MFA-II.

On the exterior, the AMG A35 features an aircraft wing inspired grille with the Mercedes-Benz ‘Three Pointed Star’ in the centre, a large air dam, a layered bumper flanked by large air intakes, wraparound LED headlamps with integrated LED daytime running lamps. When viewed from the profile the AMG A35 features 18-inch alloy wheels, round wheel arches, aero ducts on the side of the front bumper, muscular character lines on the shoulder as well as on the lower part of the doors. The rear of the car features twin tick mark LED taillights, a boot lip spoiler, aero ducts that flank the rear bumper, a diffuser and dual chrome exhaust tips.

On the interior, the AMG A35 features a layered dashboard with brushed aluminium elements and carbon fibre finish along with the aircraft-turbine inspired air-conditioning vents, dark themed AMG seats with contrast stitching, multifunctional flat-bottomed steering wheel and dual integrated screens set on the same plane with Mercedes-Benz MBUX (Mercedes-Benz User Experience) interface. The central tunnel comes with a track touchpad to operate the digital displays which can also be operated via trackpad controls on the steering wheel.

The AMG A35 is powered by a 2.0-litre, four-cylinder turbocharged petrol engine that makes 306 hp of power and 400 Nm of torque mated to a 7-speed dual-clutch automatic with a 4Matic all-wheel drivetrain. The AMG A35 can sprint to 100 from a standstill in a claimed time of 4.8 seconds. On the other hand, the standard-spec A-Class which is available in the global market is powered by a 136 hp petrol engine or a 116 hp diesel. Mercedes-Benz is likely to introduce the A 180 Sport and the A 180 d Sport for the Indian market with the above-mentioned powerplants.

The standard A-Class Limousine is expected to be launched later this year with a price of around INR 35 to INR 40 lakh ex-showroom. 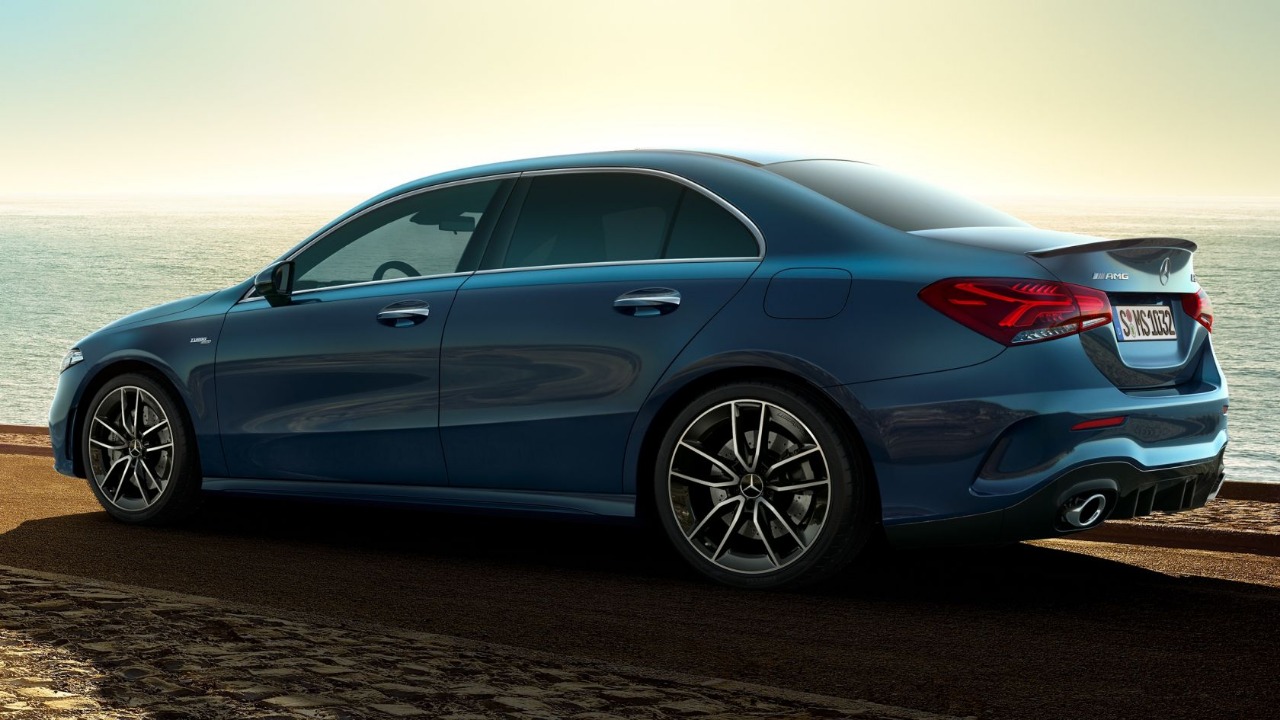 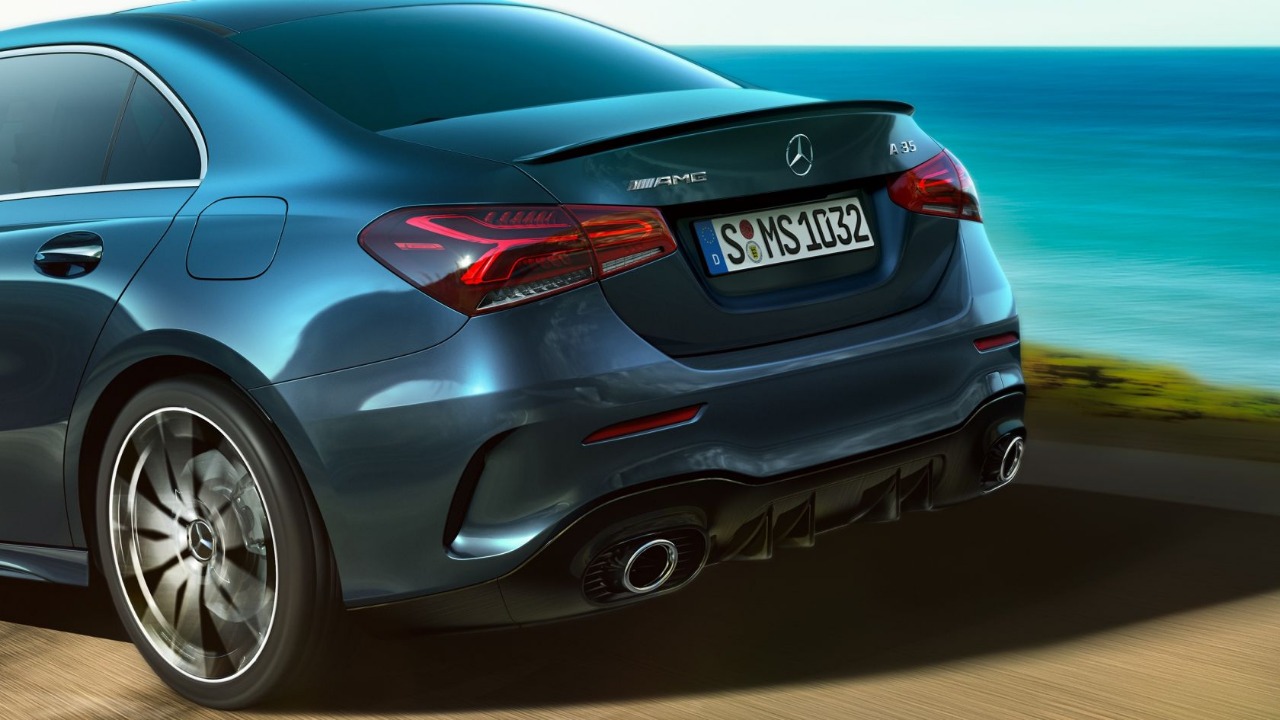 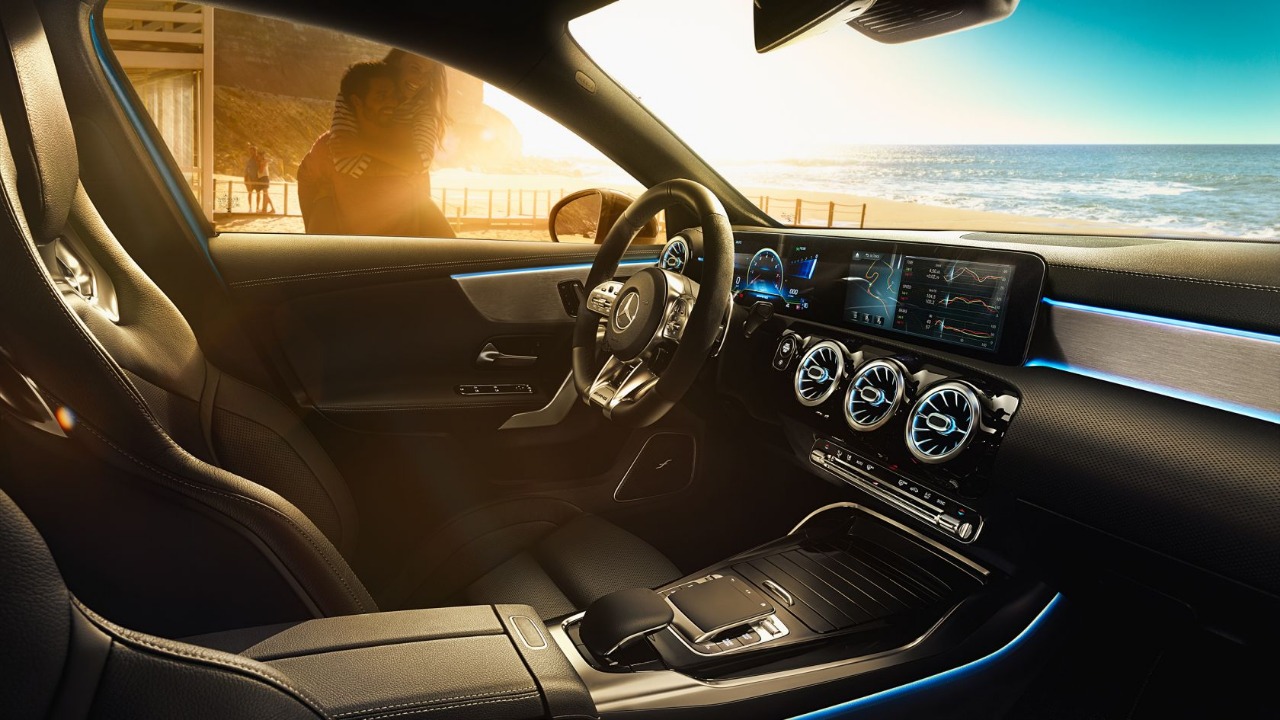 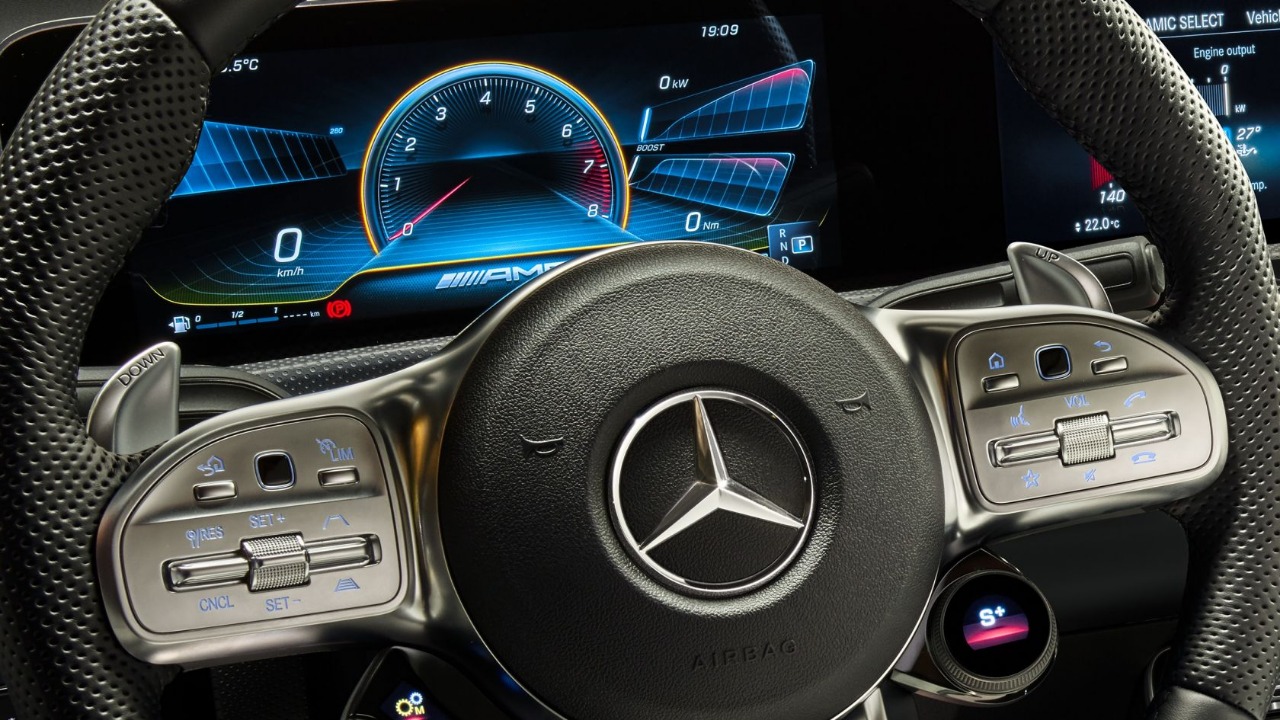 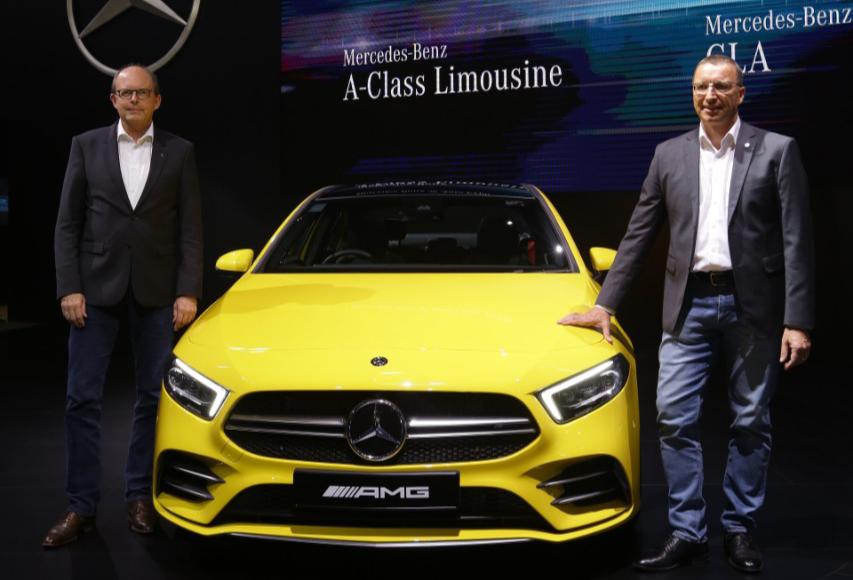