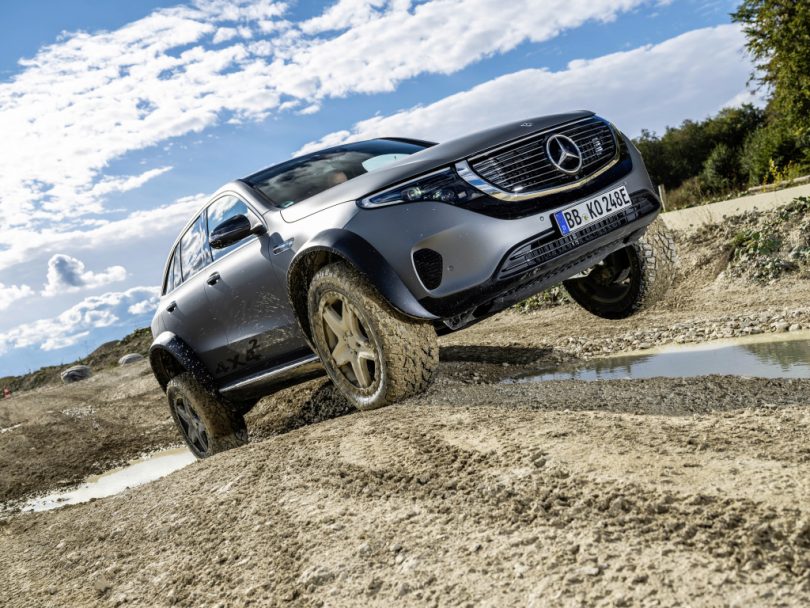 Mercedes-Benz has revealed the EQC 4×4², a one-off concept electric SUV based on the Mercedes-Benz EQC, developed by a cross-departmental team offering high-tech electromobility with sustainability. With the EQC 4×4² Mercedes-Benz is showcasing the technology platform that has the capability to traverse over terrains including sand in the desert, beaches, rocky terrain and mountain streams. The 4×4² also offers the comfort and reliability of the standard EQC along with the ability to mount a roof rack that allows the SUV to be equipped with an inflatable dinghy, a roof tent along with trailer operation allowing to reach the remotest corners.

The Mercedes-Benz EQC 4×4² features a high ground clearance of 293mm which is more than double the standard EQC and 58mm more than the G Class. The water fording depth has also been increased from the standard 250mm to 400mm. This has been made possible with by the use of portal axles instead of conventional axles, where the wheels are not at the height of the axle centres but placed much lower than the axle height using portan gears. The suspension is mounted to the same body mounting points as the standard suspension.

The production EQC uses the external noise generator (Acoustic Vehicle Alert System, AVAS) required by law to reproduce sounds and the AVAS has been composed specifically for it and uses the headlamps as external speakers for this purpose. The brand has used the available space in the headlamp housing for this purpose which it calls ‘Lampspeaker’. 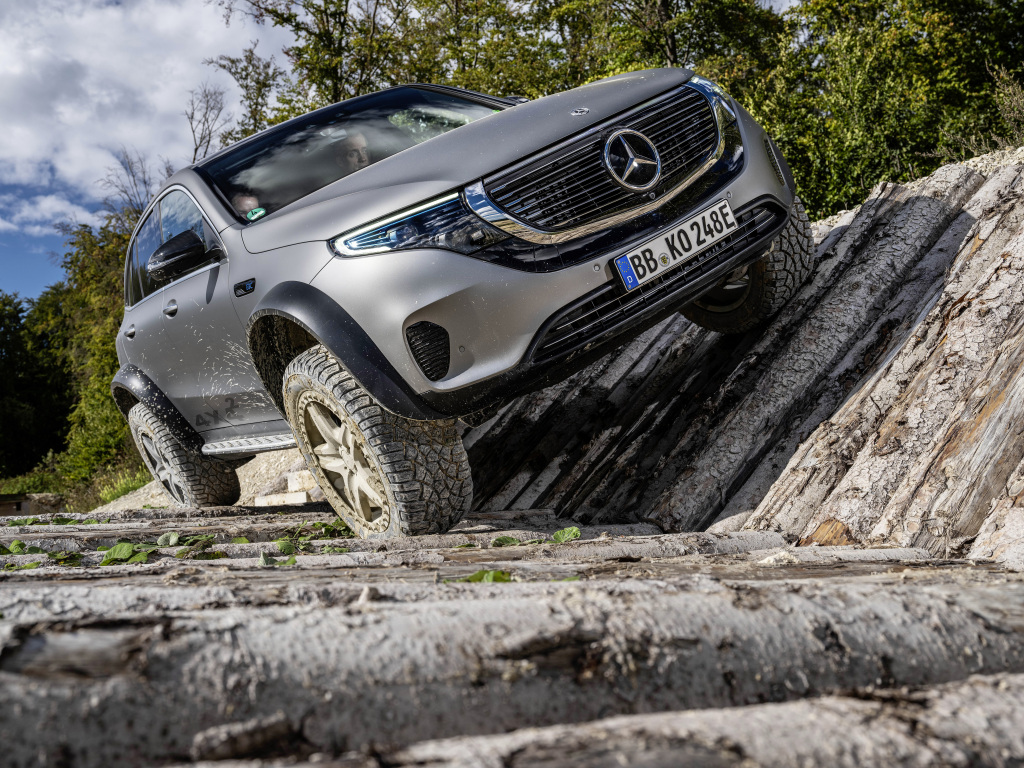 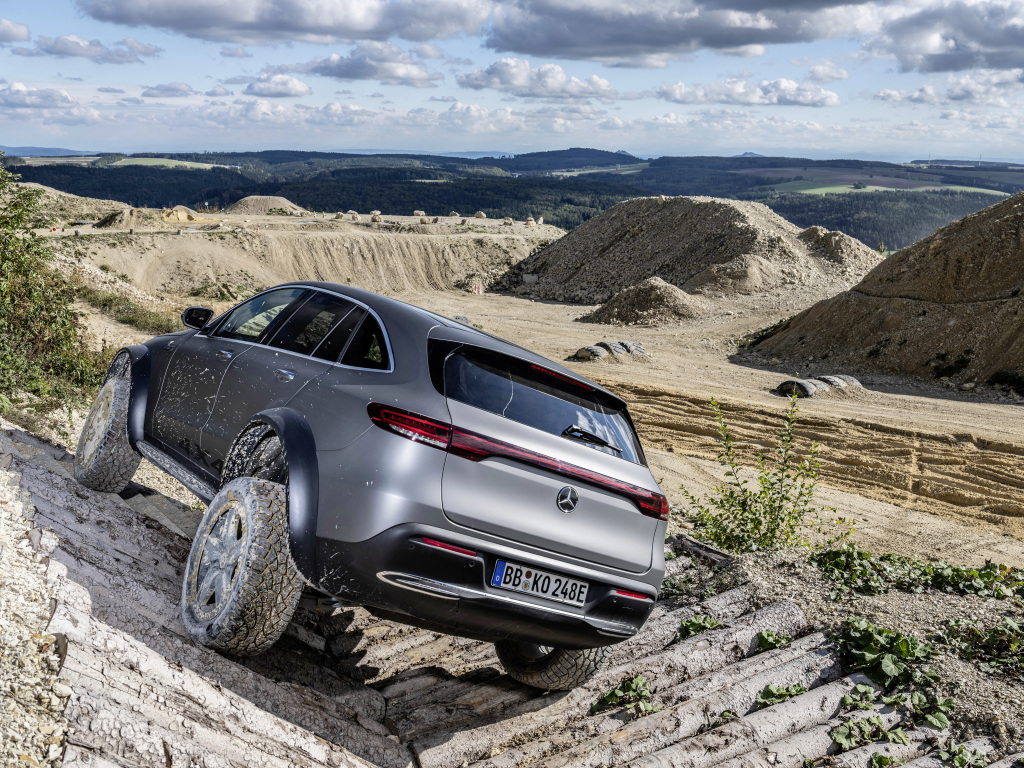 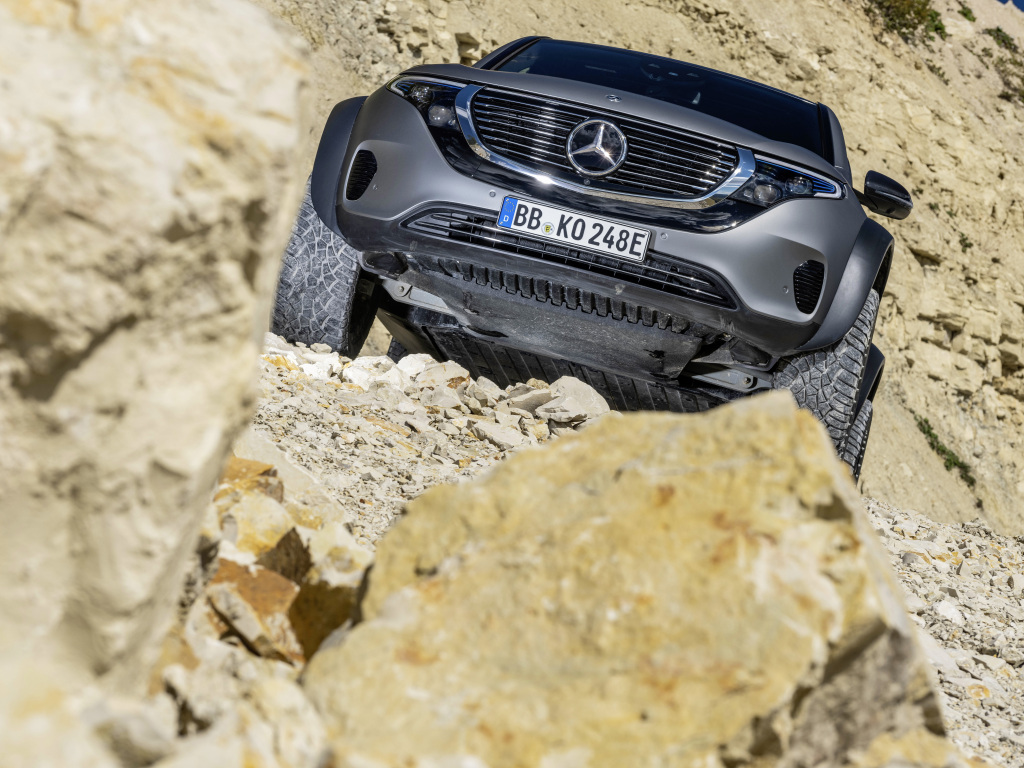 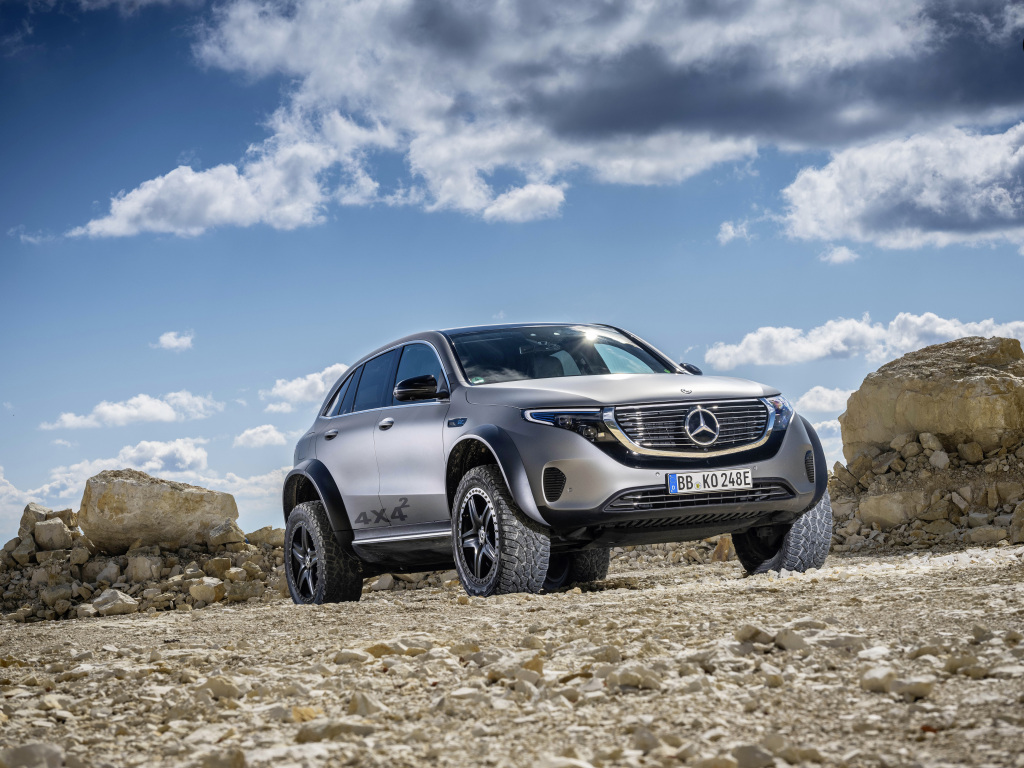 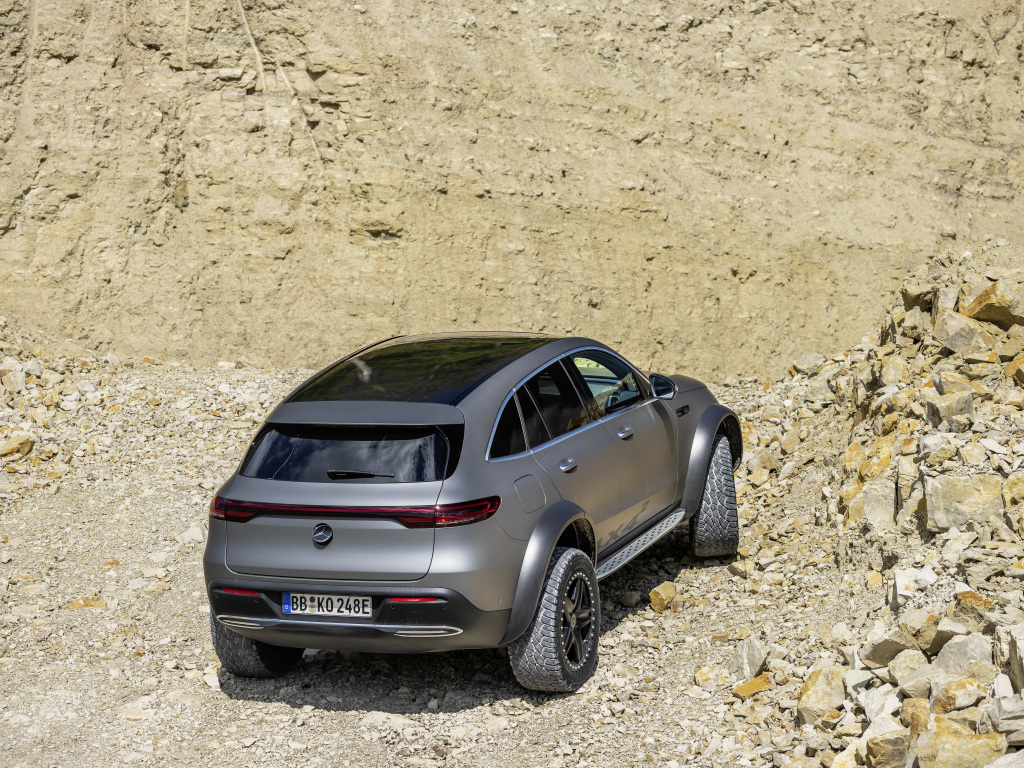 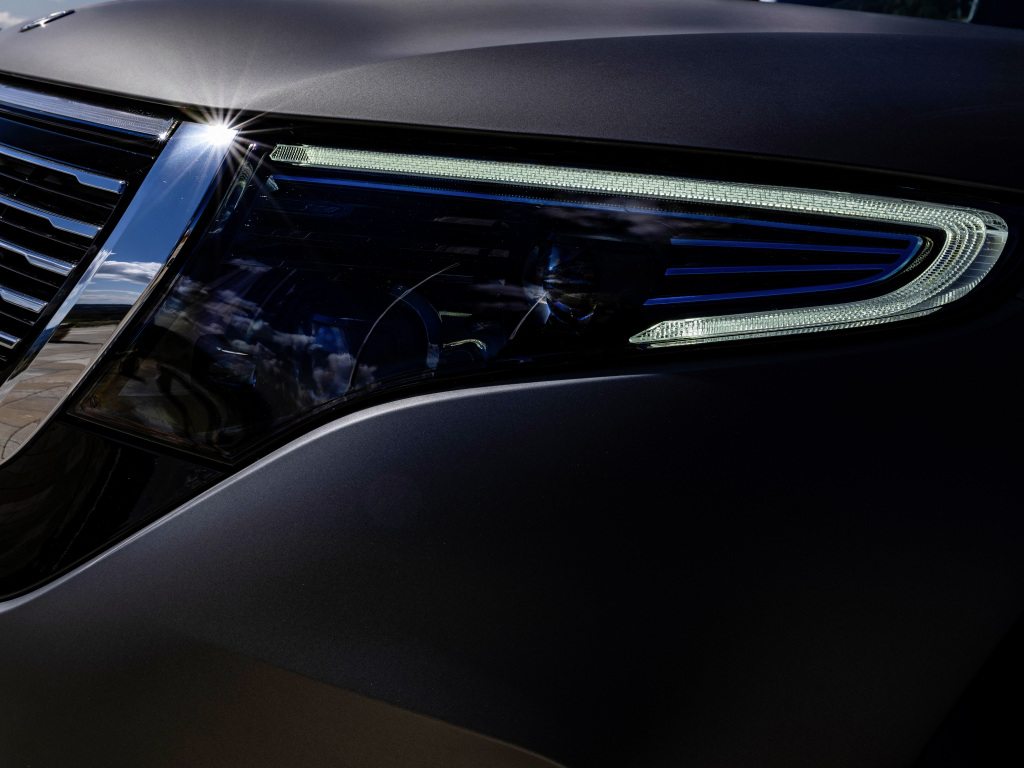 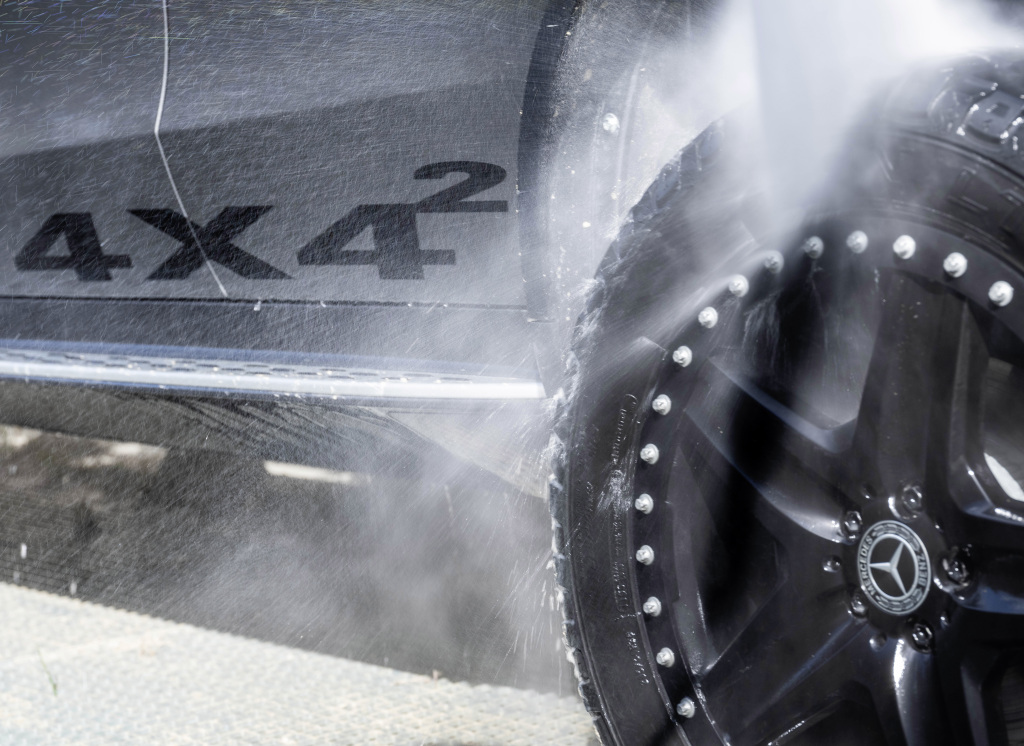 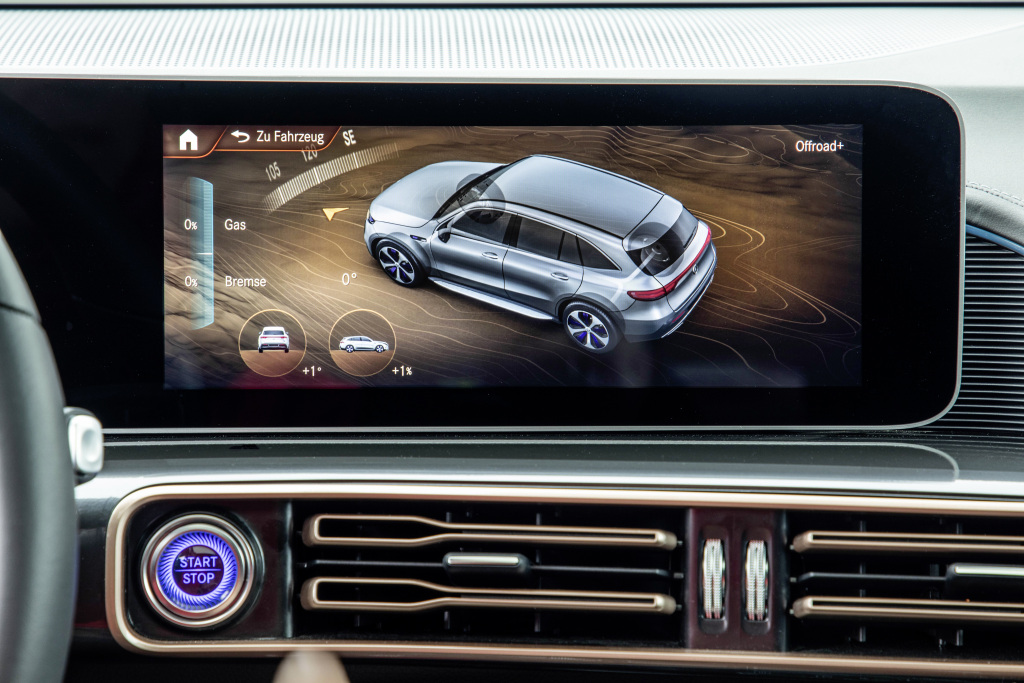 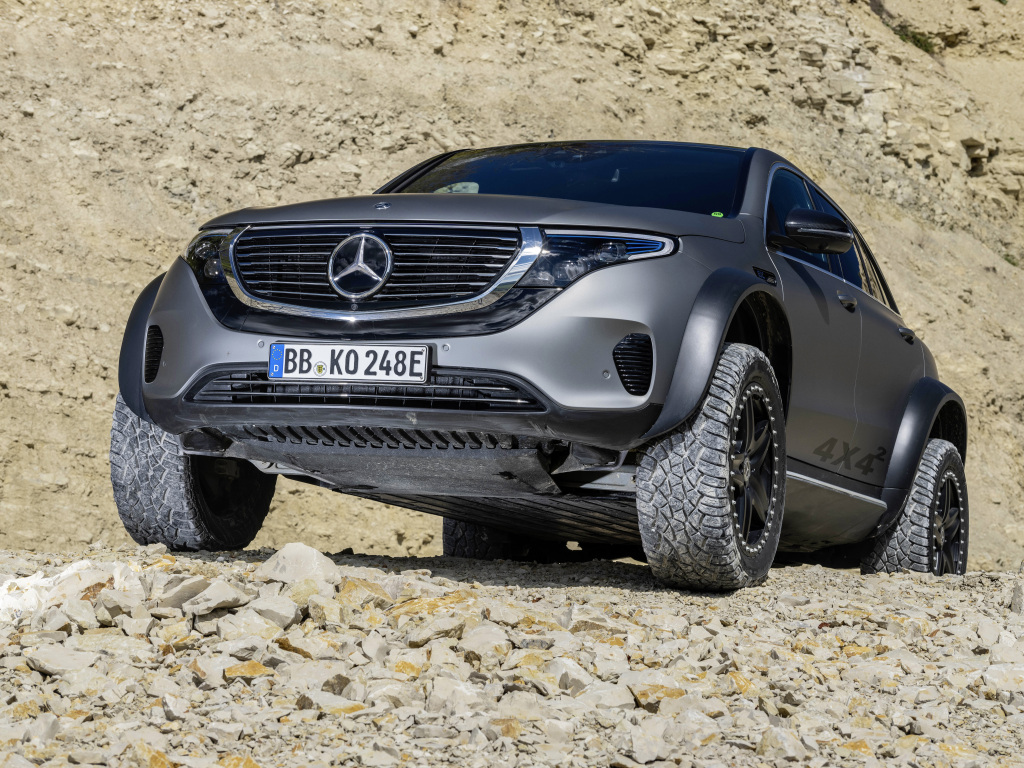