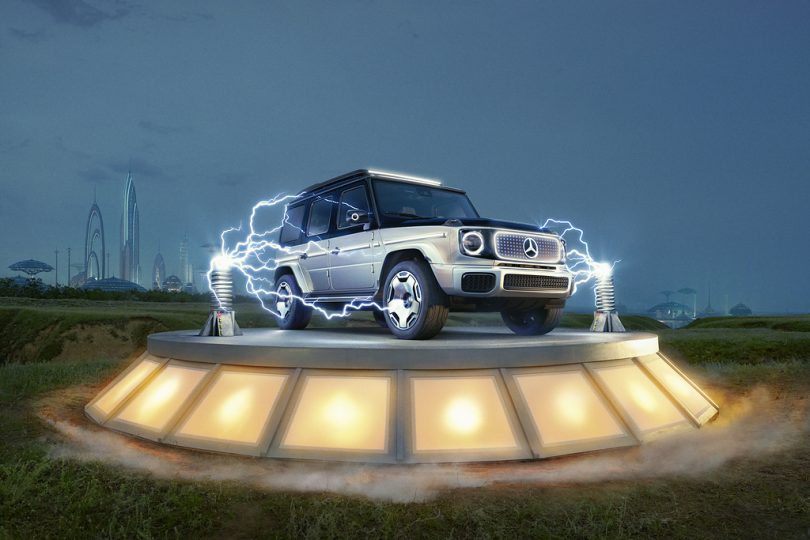 Mercedes-Benz G-Class has always been synonymous with the go-anywhere attitude, luxury, and classic SUV style. The G-Class is such a famous moniker in the German brand’s portfolio that the carmaker has sold more than 400,000 units of the premium SUV worldwide. But during the launch of the latest-generation G-Class, the Chairman of the Board of Management of Daimler AG, Dieter Zetsche, revealed that the upcoming electrification of all model series will also include the G-Class.

We also reported that the brand had filed patents for the EQG moniker under the Nice Classification 12 at the European Intellectual Property Office. Now at the brand has revealed the design concept of the EQG. The brand also reveals that the unveiled concept is a near-production study of the all-electric G-Class. This confirmed that the EQG is on its way and reiterates the brand’s promise of ‘Electric first’ to ‘Electric only’.

The timeless design of the G-Class is carried over on the Mercedes-Benz EQG all-electric SUV. The car features a boxy design language along with G-Class’ angular silhouette and iconic elements. The electric SUV features illuminated stripes and a two-tone paint finish. The front fascia comes with a blank-out grille with the three-pointed star logo and standard round headlights. The Mercedes badge comes with an illuminated effect on the Black Panel Grille with a 3D effect. The concept car also comes with 22-inch polished aluminium alloy wheels in an exclusive design. But the most striking feature on the EQG is the lockable box with a wall box charger design. The box features illuminated white accents and replaces the spare wheel cover.

The Mercedes-Benz EQG Concept will come with a robust ladder frame built to take off-road challenges. The chassis design is typical of the G-Class and remain extremely off-road capable. The suspension system is of the independent design for the front axle and a rigid axle at the rear. The EQG will come with individually controllable four electric motors. To meet high off-roading demands, the EQG is also equipped with a shiftable 2-speed gearbox. In its final development phase, the fully electrically powered version of the G-Class will go under test at the 1445-metre high Schöckl mountain in Graz. 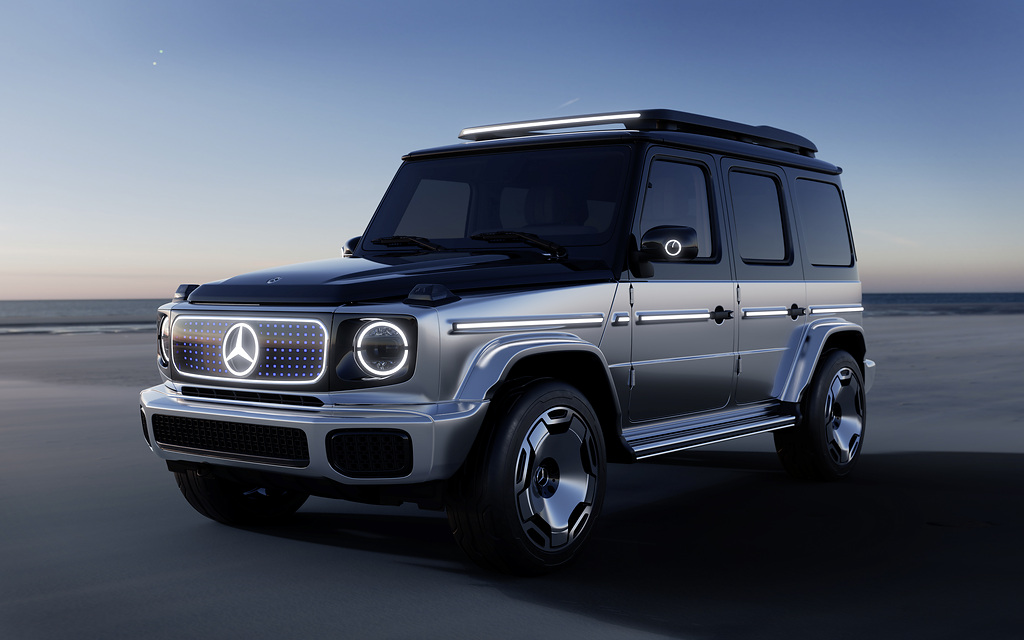 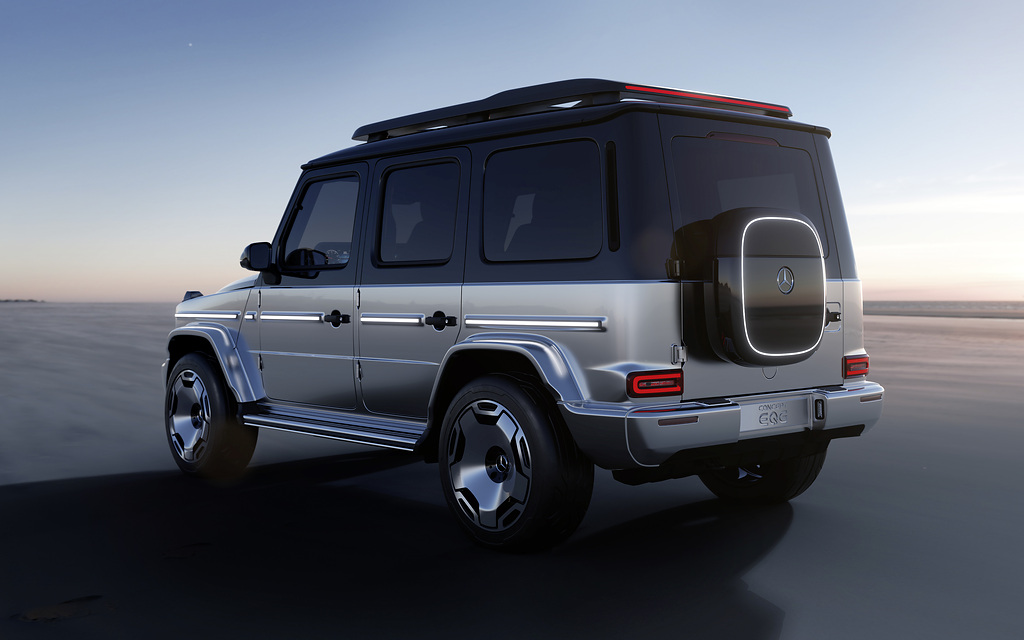 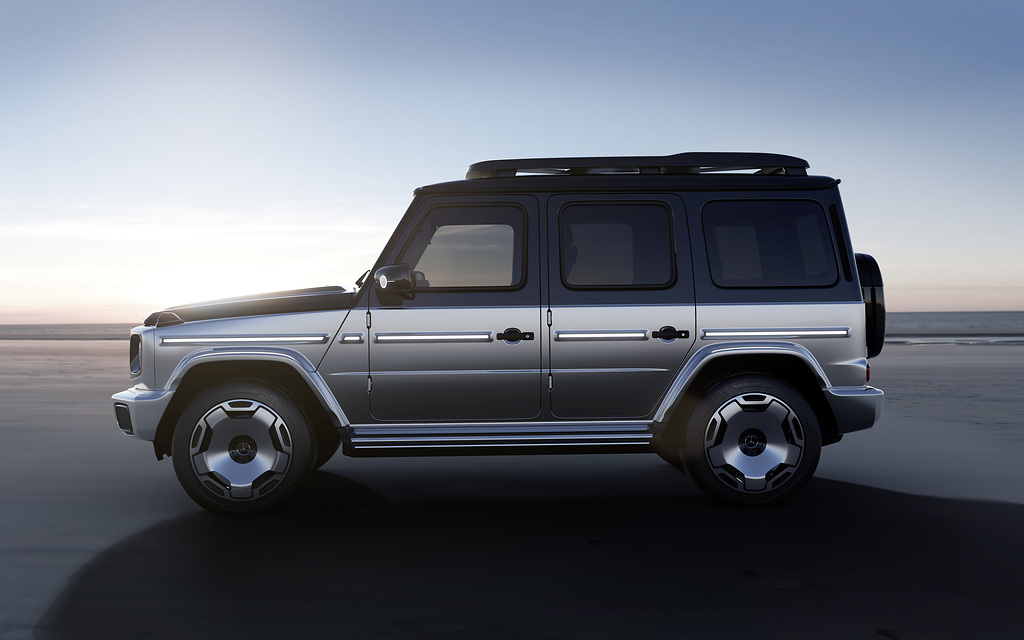 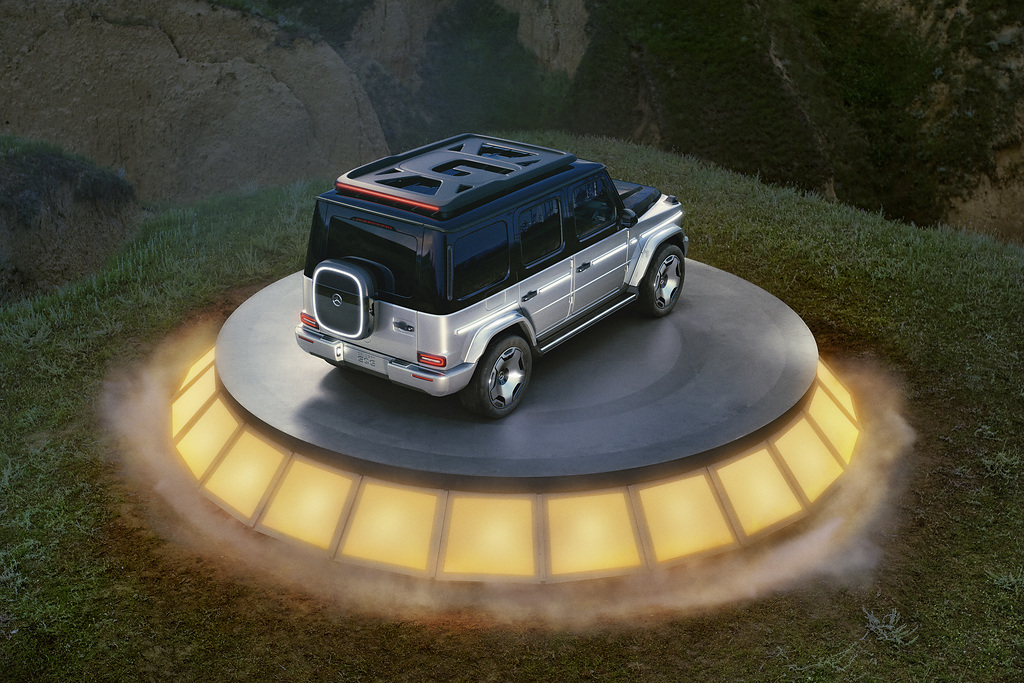 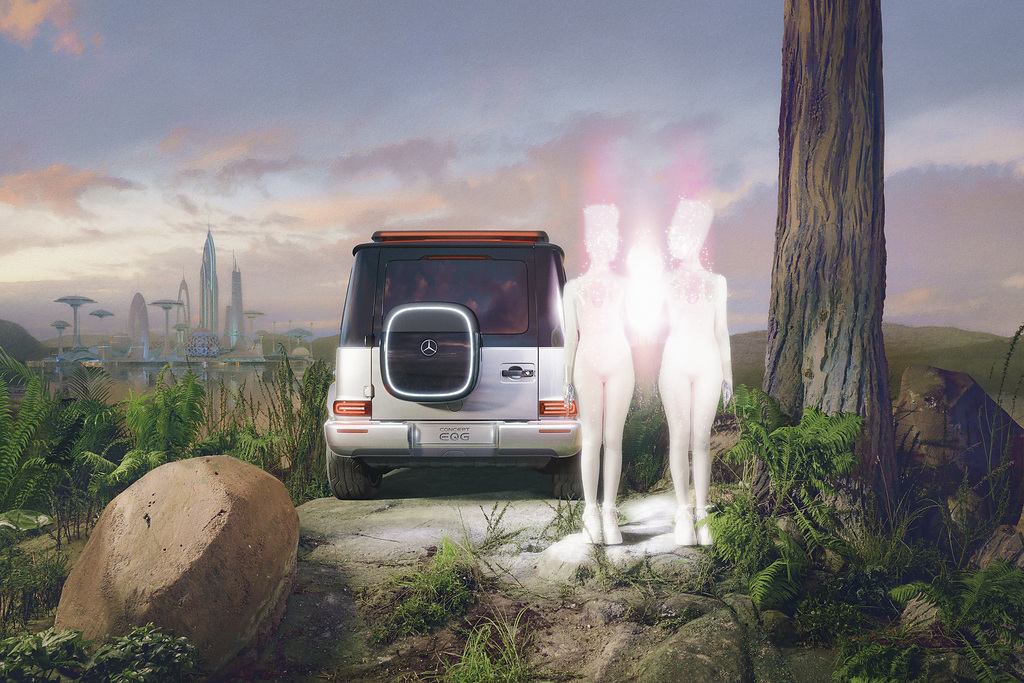 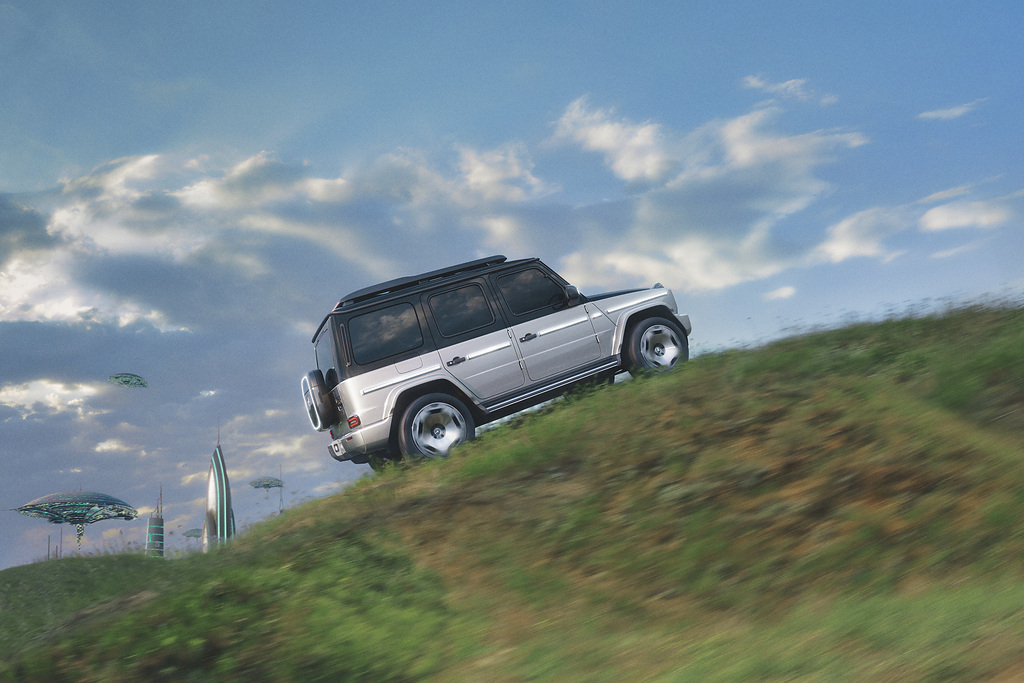 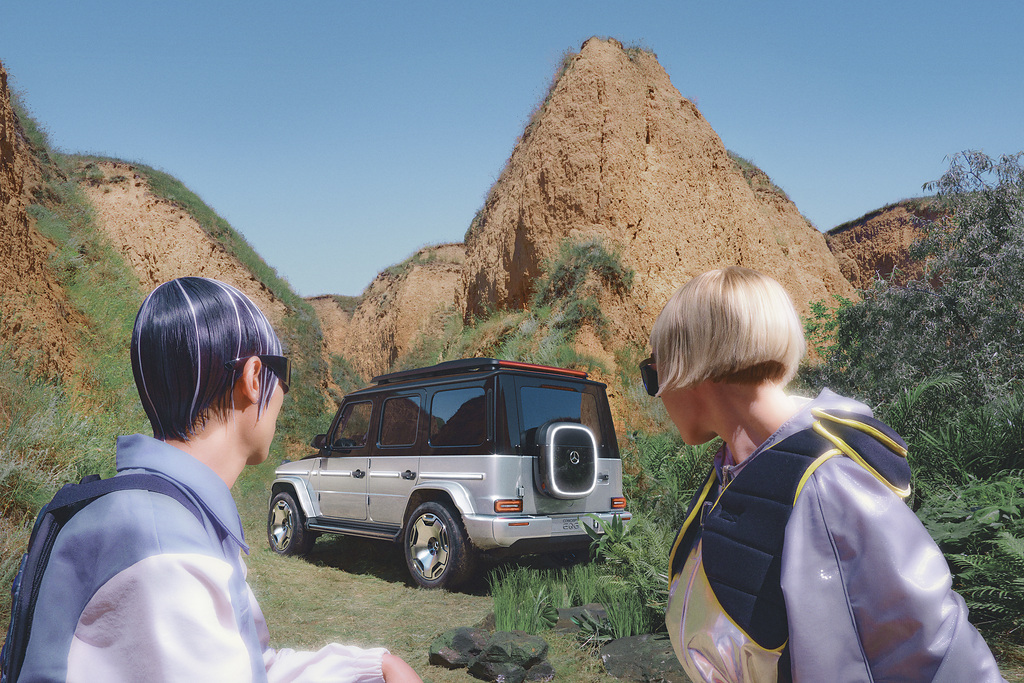 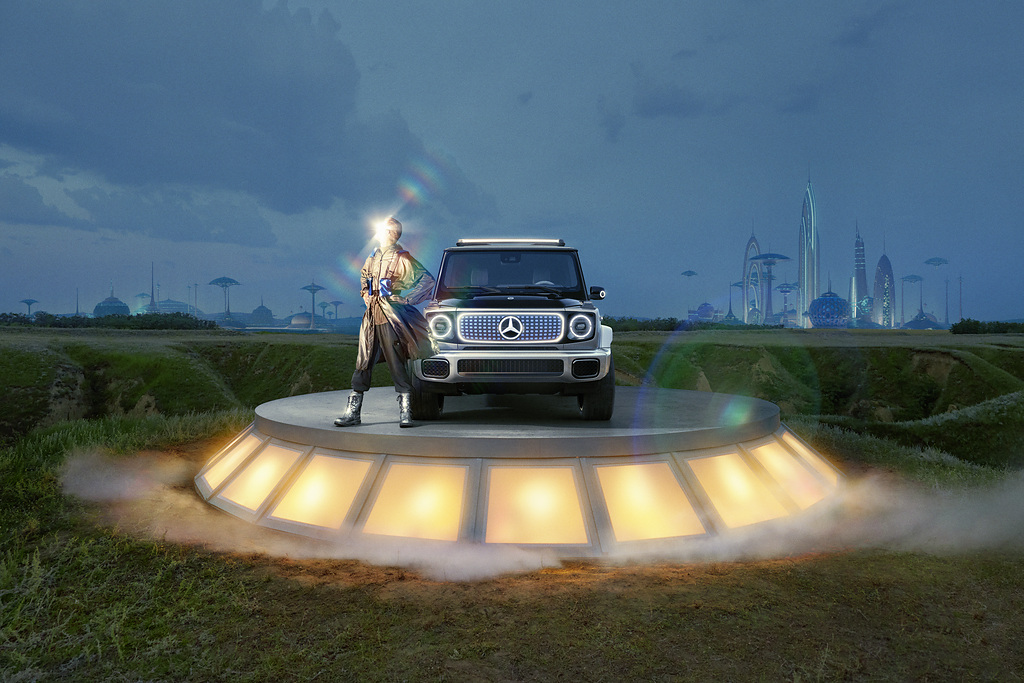 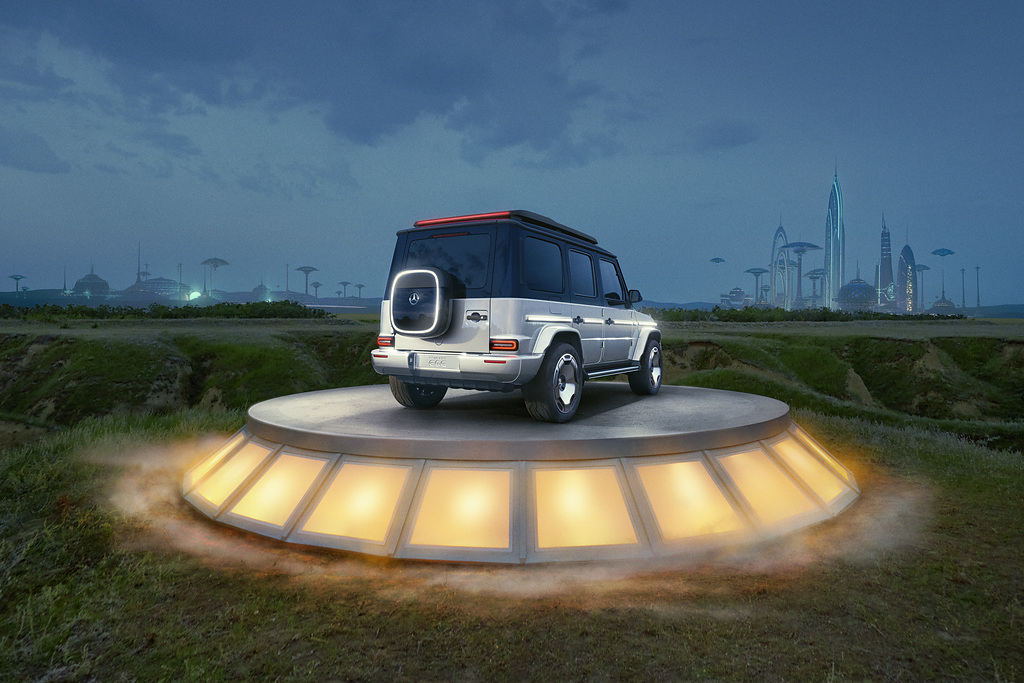