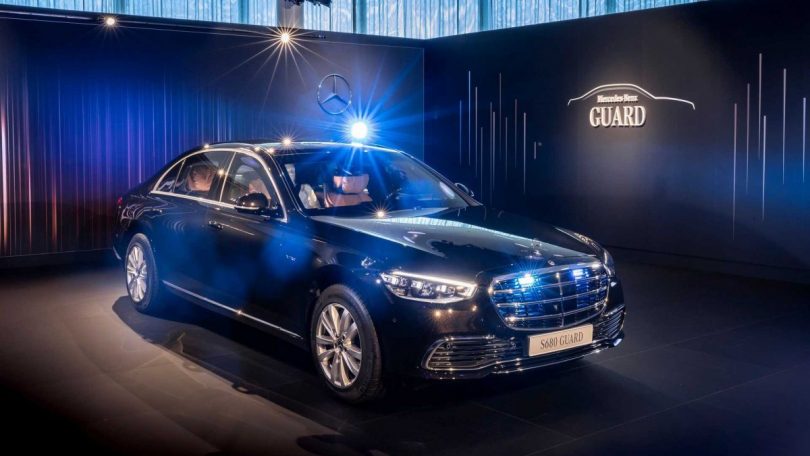 Mercedes-Benz unveils the new S-Class S680 Guard luxury sedan. This is the armoured version of the regular S680. But, as the name suggests, this particular trim gets some special treatment in terms of safety. The current S680 Guard is already one of the popular models in India, used by a host of celebrities, politicians and other high profile personalities.

How Is It Different From The Regular Trim?

For starters, this sedan gets the VPAM VR10 certification, which is the highest level of ballistic protection for any passenger vehicle. This makes the luxury sedan capable of withstanding gunshots and explosions. Many would guess that this S680 Guard just gets some additional protection over the regular trim. But no, Mercedes has engineered the car and with completely new bodywork to enhance the safety.

S680 Guard gets polycarbonate windows which are about 10 cm thick built with multi-layer glass. The sedan also gets a special run-flat tyre from Michelin, which can go a distance of up to 30 km even after a puncture. Another key feature of this sedan is its hydraulic windows, which continue to function even after the onboard electronics fail.

The S680 also comes with a built-in oxygen cylinder and fire extinguisher for the most extreme situation. All these features are in addition to the already feature-packed S680. The S680 is based on the long-wheelbase version, and the additional armour makes the car weigh 4,200 kg. This is twice as heavy as the regular trim. Mercedes claims to have reworked the gearbox and steering to handle the vehicle of this stature and weight.

The S680 Guard gets the 6.0-litre twin-turbo V12 engine that makes 640 HP of power and 830 Nm of torque. And this is the only model in the entire S-Class line-up to get this V12 engine, other than the Maybach S-Class. The gearbox is a 9-speed automatic unit. Power is fed to all the four wheels via the Mercedes’ 4Matic system, and the top speed is electronically limited to 190 kmph. The new-gen S Class retails the normal version at a starting price of INR 2.17 (ex-showroom) in India. There’s no official statement suggesting the launch of the S680 Guard for the Indian market. 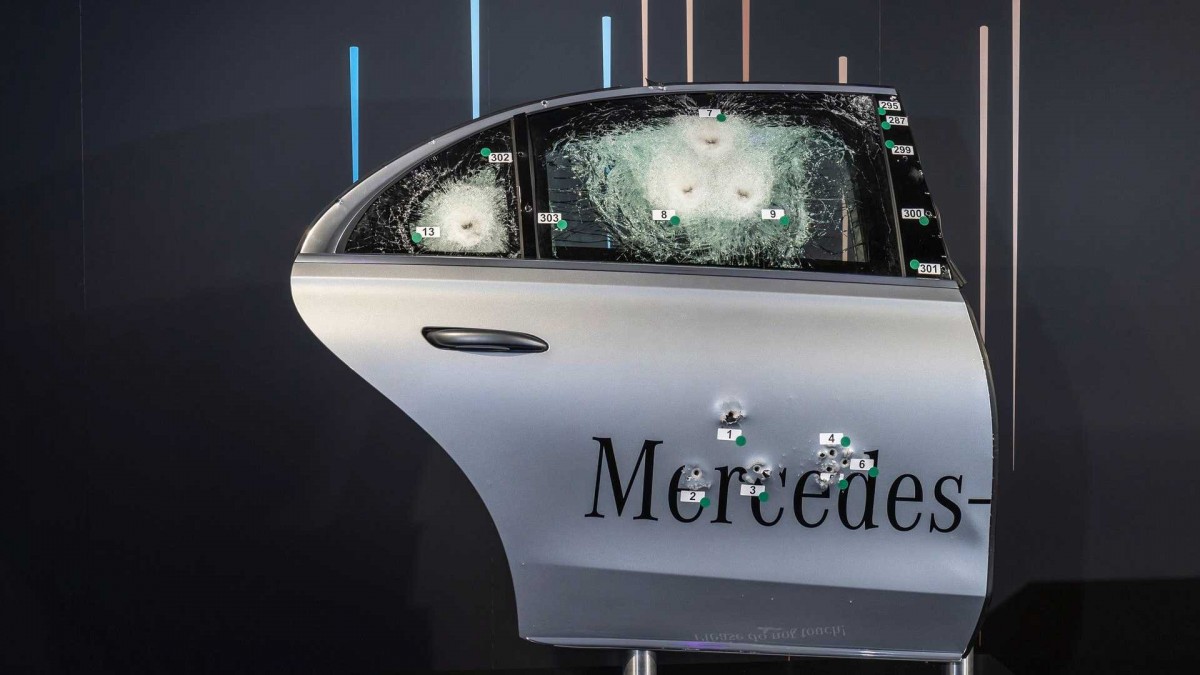 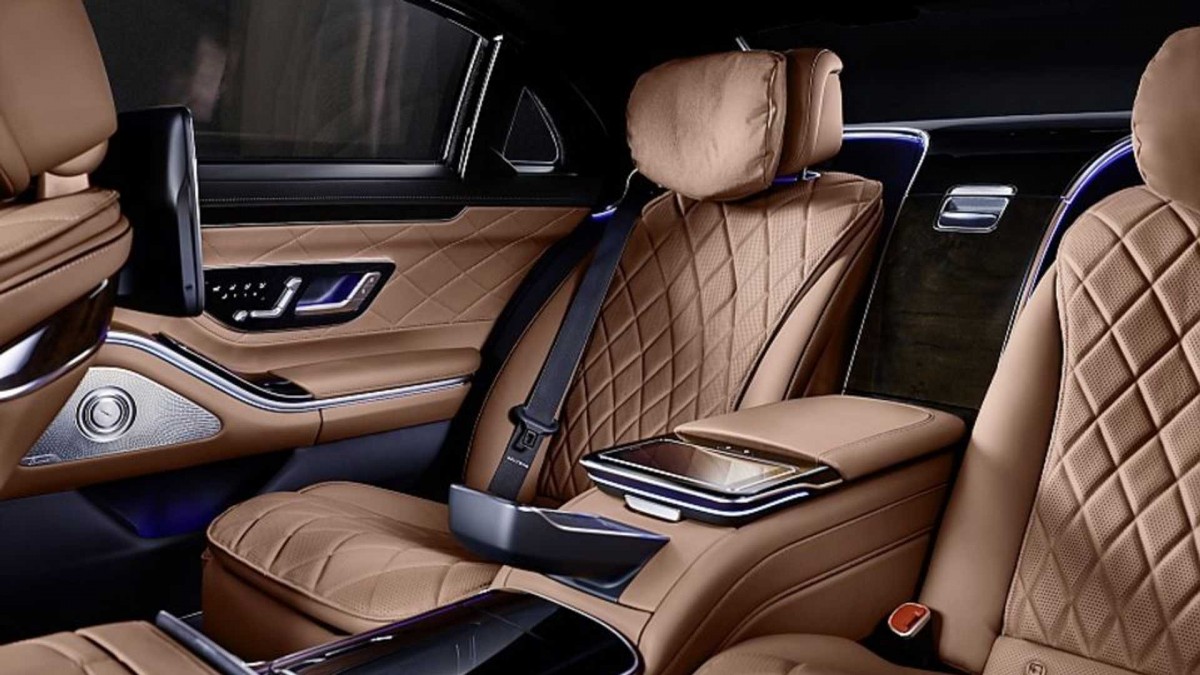 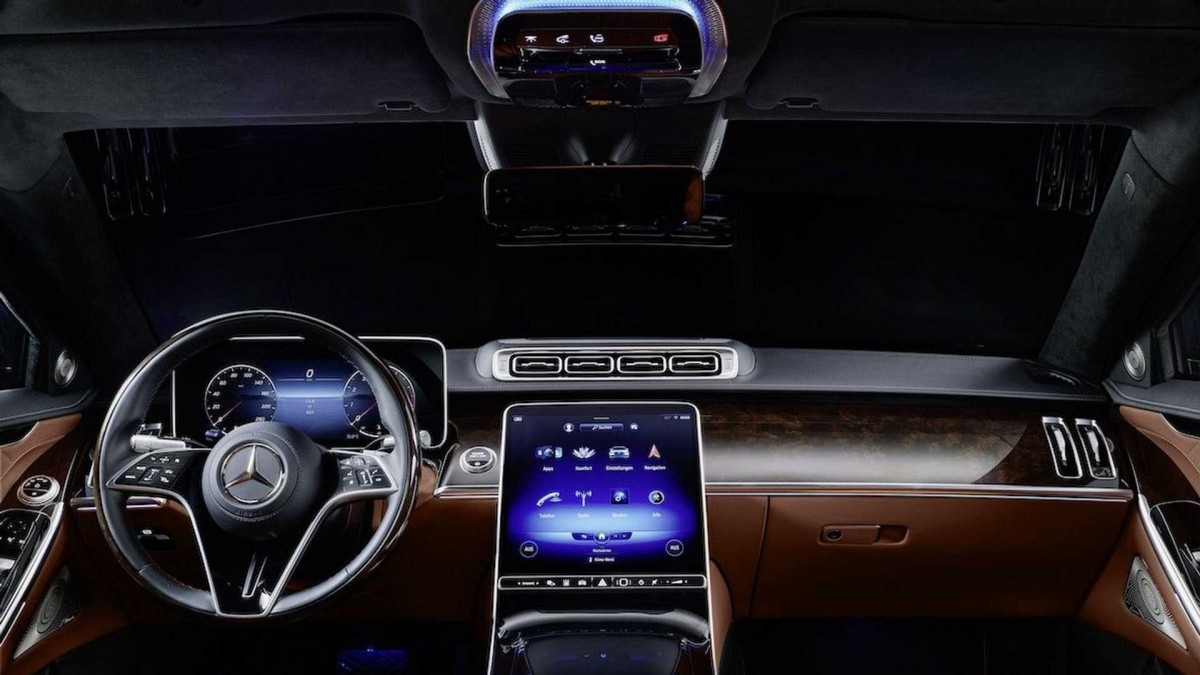 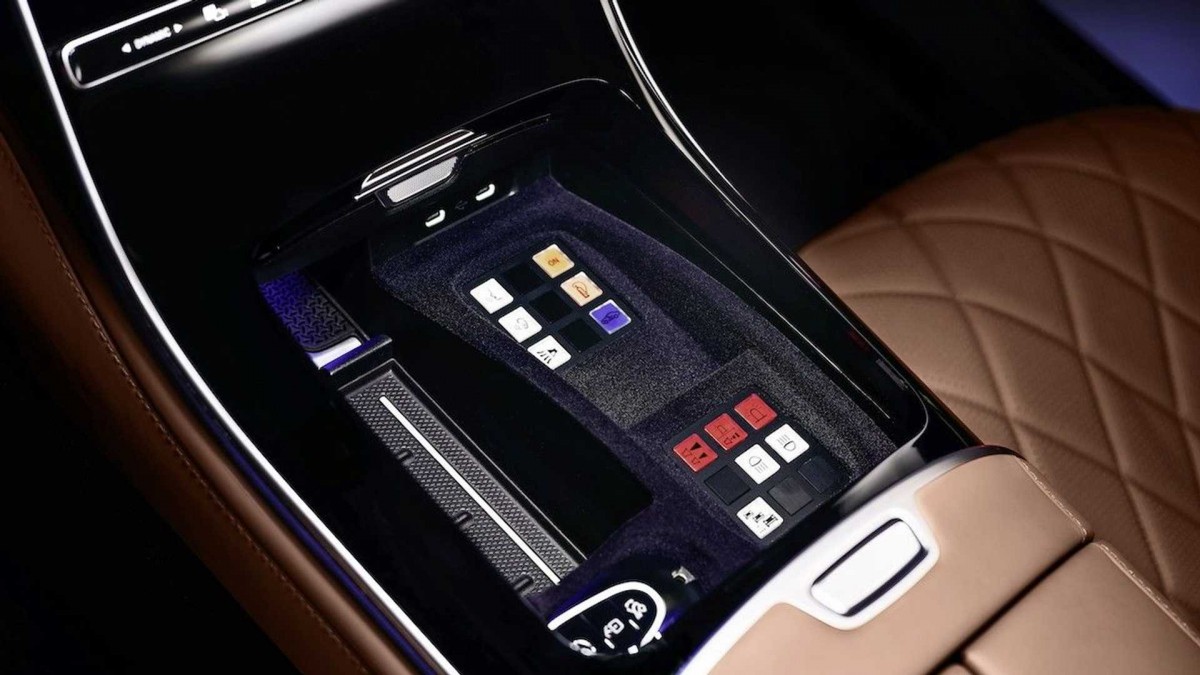 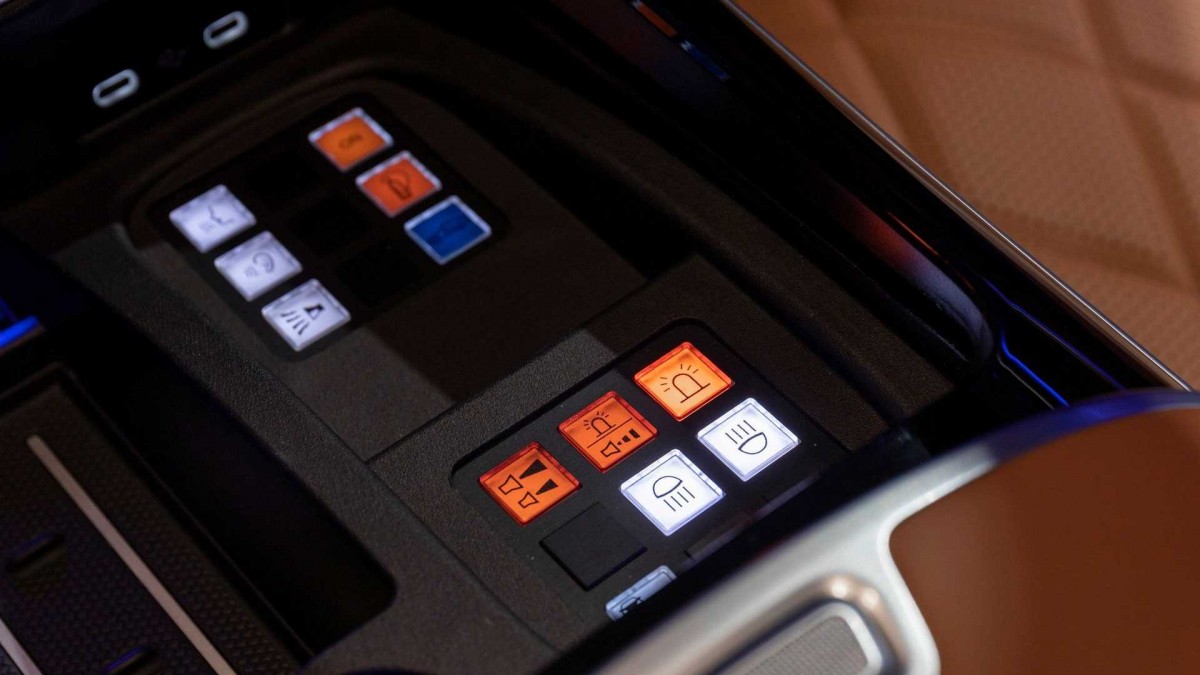 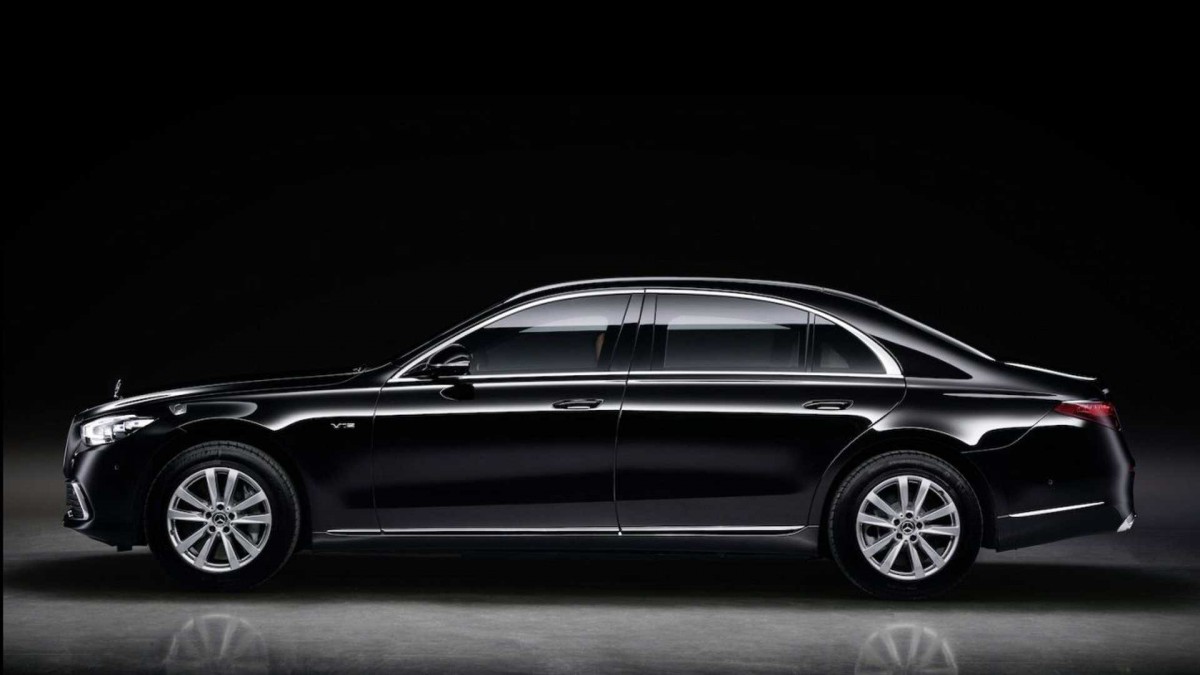 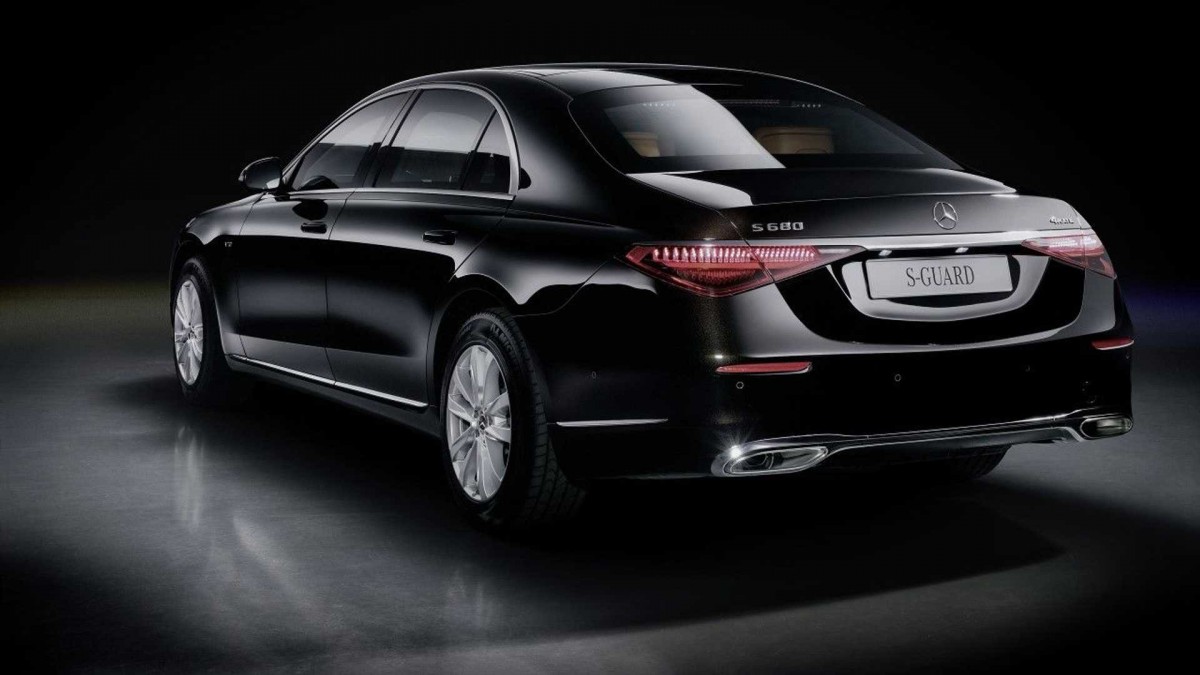 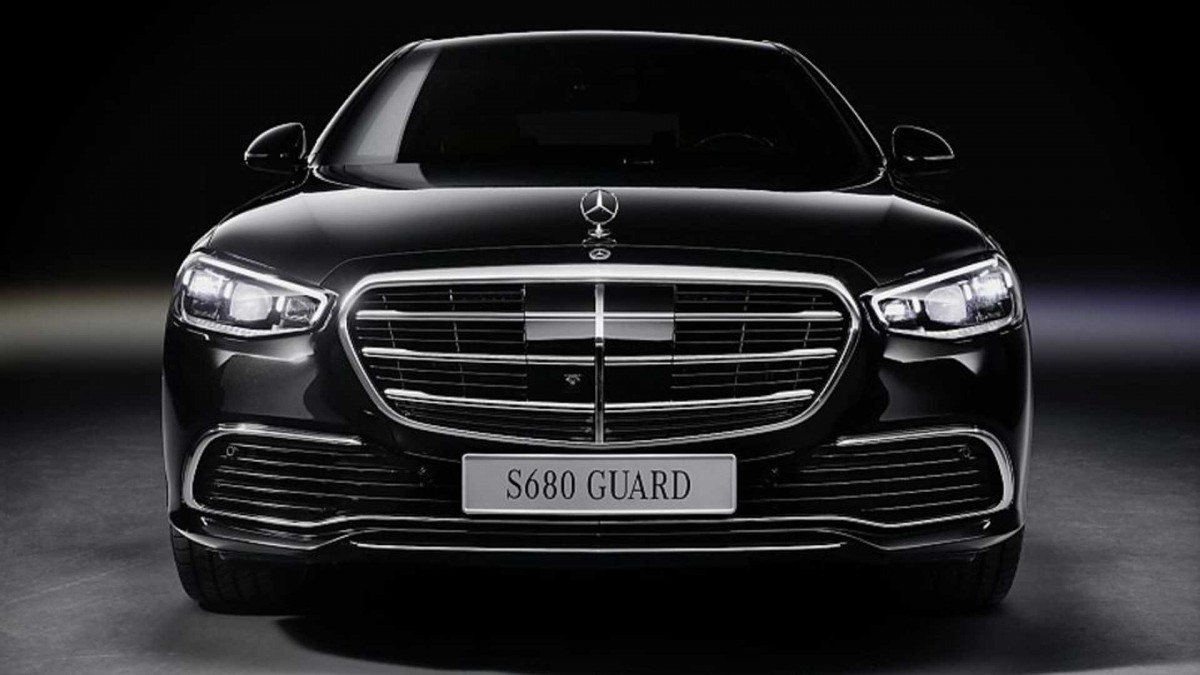