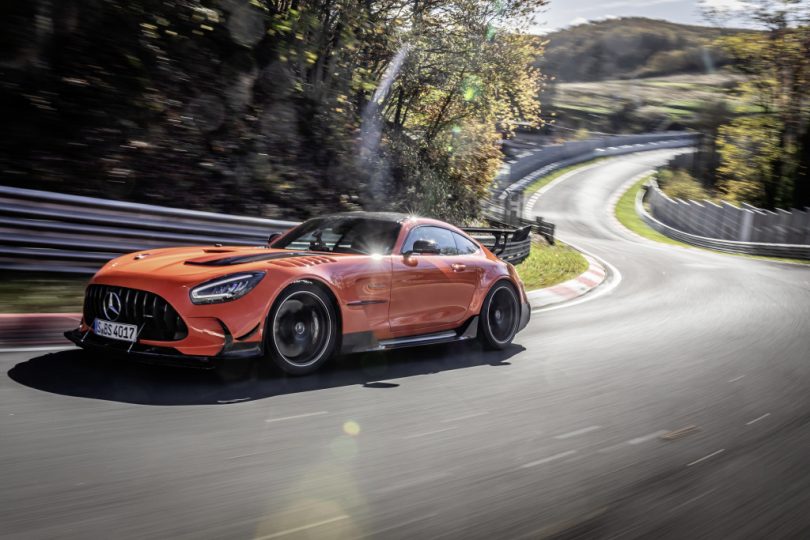 Mercedes-Benz has revealed that the Mercedes-AMG GT Black Series, the brand’s most powerful track-attack machine has become the fastest series-production car on the Nürburgring-Nordschleife. The feat has been achieved by GT3 racing driver ‘Maro Engel’ who notarized the lap record time of 6:43,616 minutes for the 20.6 kilometre-long track (measured without the straight at track section T13) and 6:48,047 minutes for the 20.832 kilometre-long total track (measured with the straight at track section T13) beating the Lamborghini Aventador SVJ lap record by 1.3 seconds.

The Mercedes-AMG GT Black Series is powered by an M178 LS2 AMG 4.0-litre V8 Biturbo engine with a dry-sump lubricated flat-plane crankshaft with a 180-degree offset characteristic with a firing order of – 1-8-2-7 4-5-3-6 that creates uniform oscillations and allows an agile throttle response. The twin-scroll turbocharged engine produces 730 Hp of power and 800 Nm of torque matched to an AMG seven-speed SPEEDSHIFT DCT 7G dual-clutch transmission.

The Mercedes-AMG GT Black is already an aerodynamically efficient supercar and furthermore has the option to tweak the suspension as well as the aero efficiency. The car on the track was tweaked by having the carbon fibre front splitter in the ‘Race’ position, the lower and upper wing blades of the rear spoiler were each adjusted in the middle position, to achieve an enhanced venturi effect the AMG suspension with adaptive adjustable damping was lowered by 5 mm at the front and 3 mm at the rear, the camber was adjusted to negative 3.8 degrees at the front axle and negative 3.0 degrees at the rear, which is its furthermost position. The car was running on completely standard MICHELIN Pilot Sport Cup 2 R MO tyres with “soft compound,” and came with standard AMG ceramic high-performance composite brake system and the Track Package with rollover protection system and four-point safety belts offered as standard equipment.

The lap times were precisely measured by an independent and neutral notary – ‘wige SOLUTIONS’. 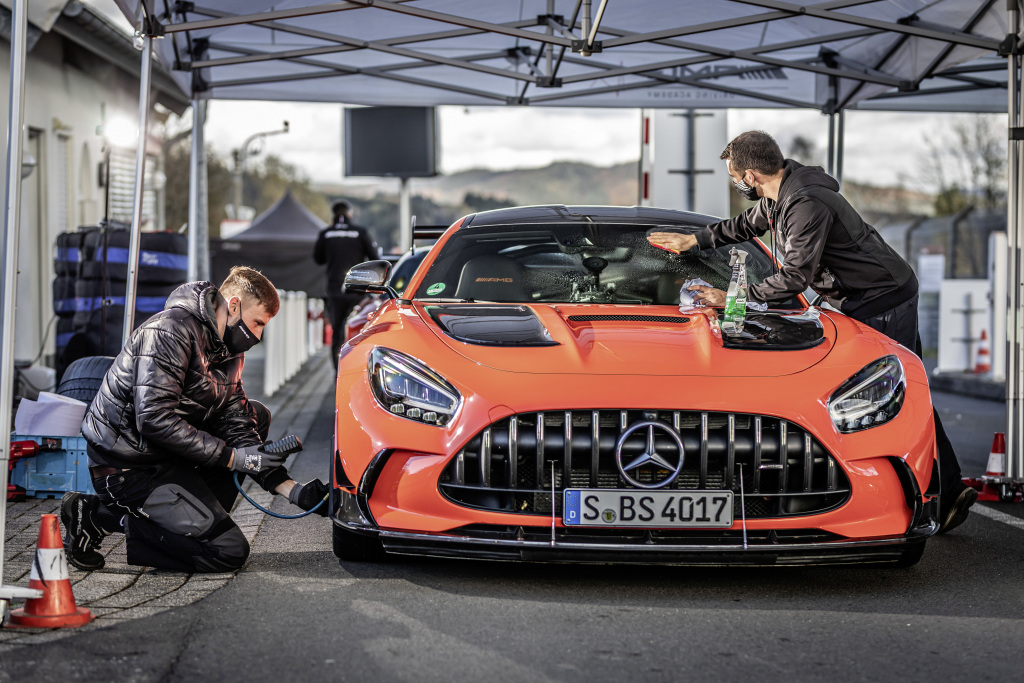 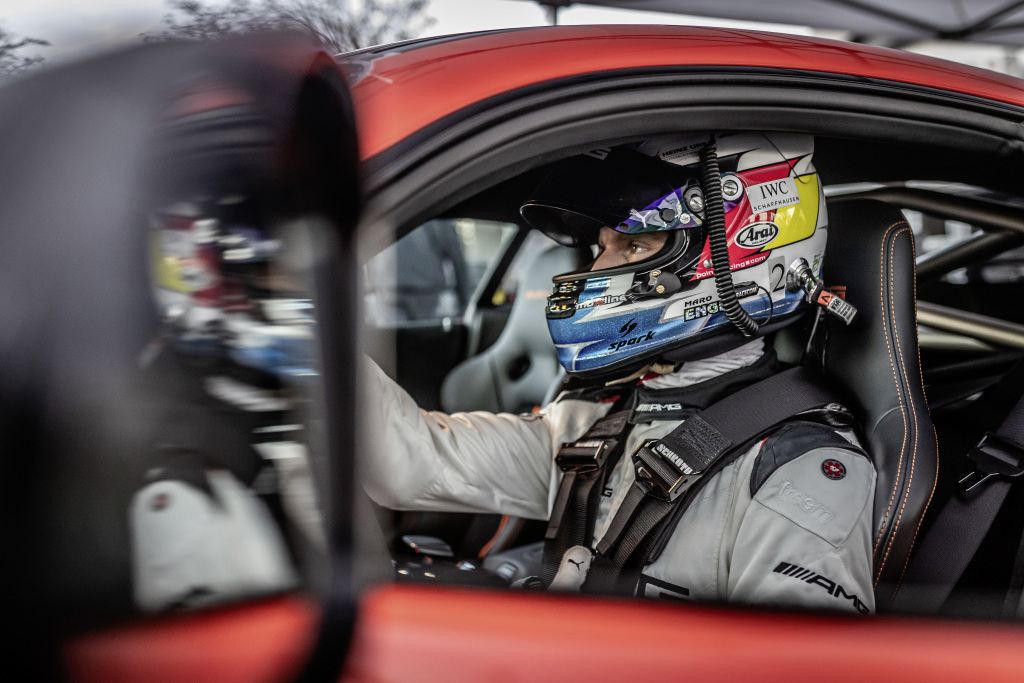 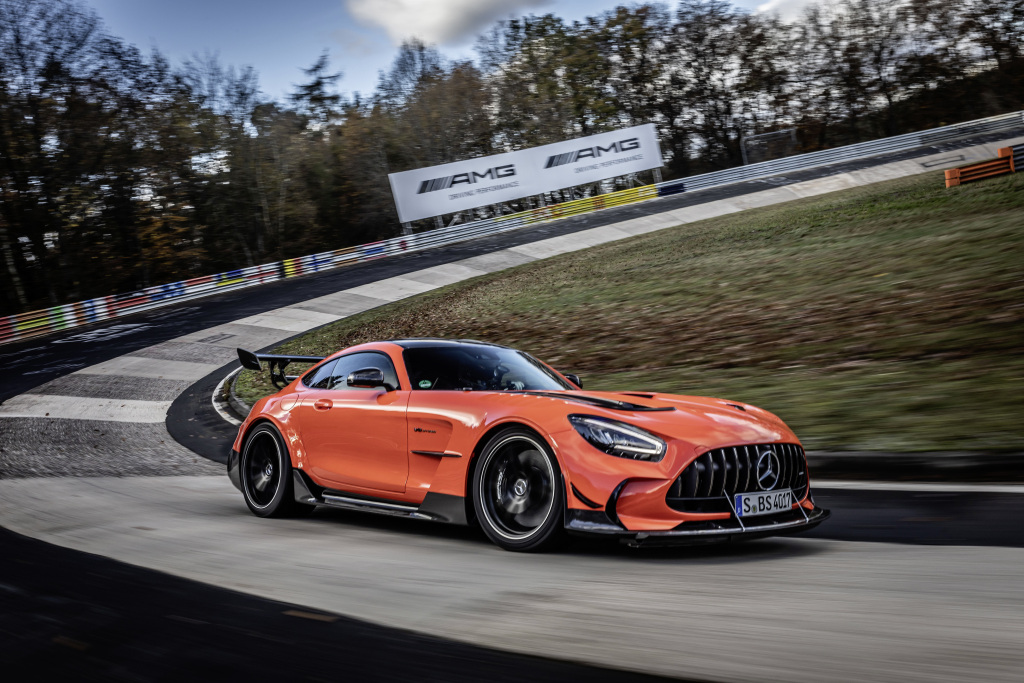 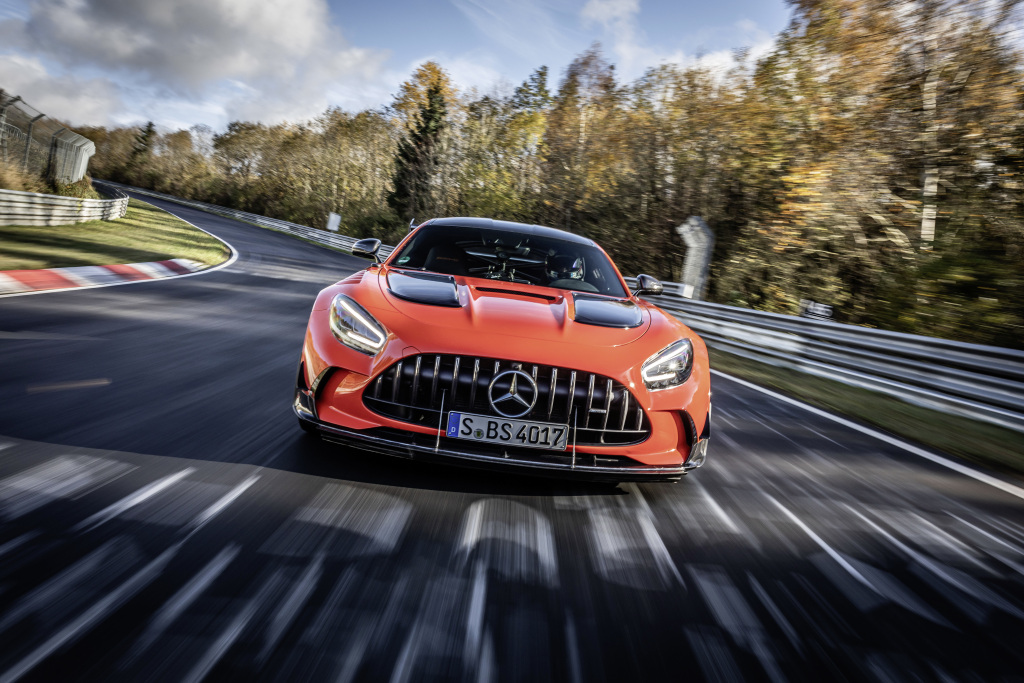 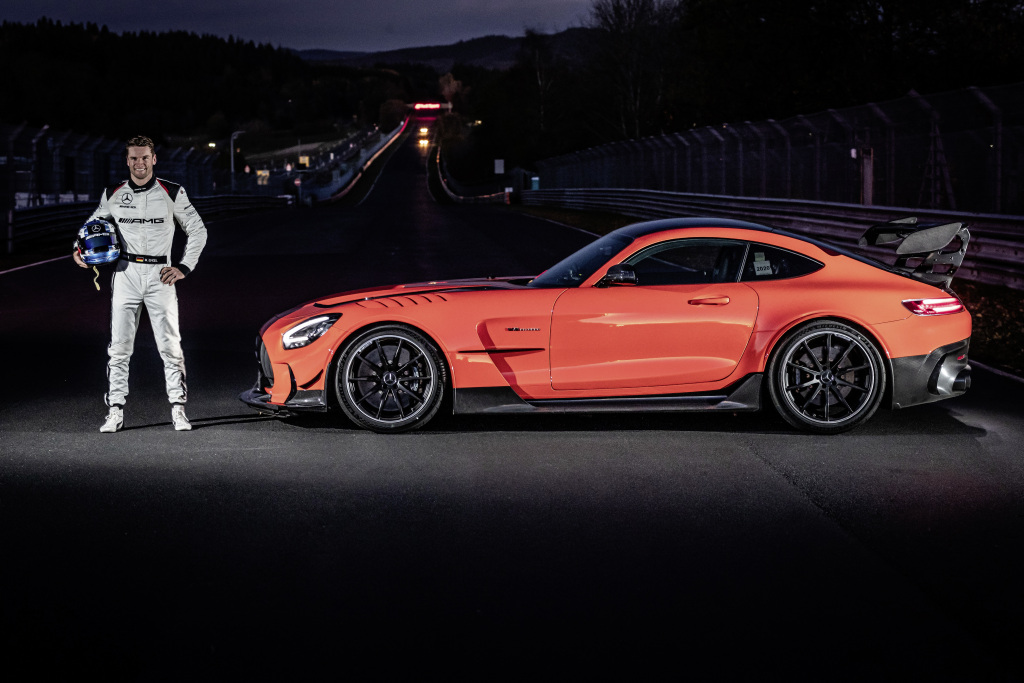