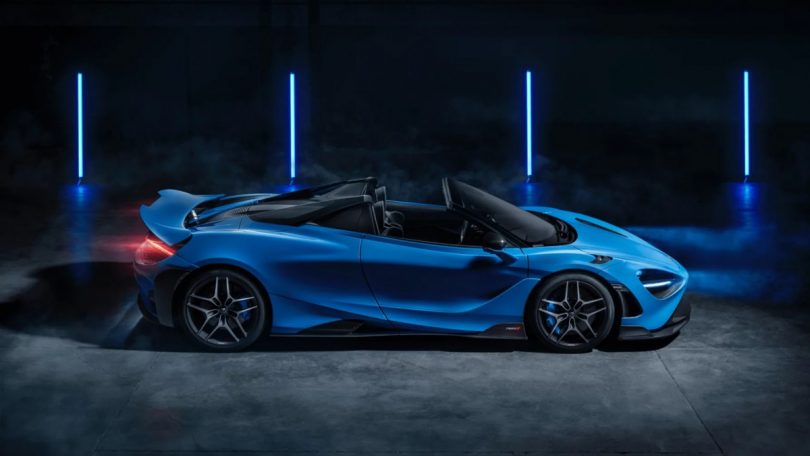 McLaren reveals the 765LT Spider and becomes the fastest convertible to have ever been produced. The company also mentioned that this supercar has the highest-ever levels of driver aids engagement

The 765LT shares its platform with the Coupe version of McLaren’s Super Series model. In the mechanical department, the 765LT shares the same engine as the one with the Super Series model. And hence, the 765LT gets the 4.0-litre twin-turbo V8 engine, matched to a 7-speed sequential gearbox. The performance figure of this engine reads as 765 HP of power and 800 Nm of torque.

McLaren claims that the 765LT Spider can do a 0 to 100 kph in 2.8 seconds and a 0 to 200 kph in under 7.2 seconds. One of the key highlights of this Spider version is its retractable hardtop. This makes the Spider 49 kg heavier, but it is still 80 kg lighter than the 720S Coupe in overall weight. The roof can be lowered or raised at speeds up to 50 kph in 11 seconds.

This supercar gets the same aerodynamic carbon fibre bodywork as the Coupe version. This includes the front splitter and bumper, side skirts, lower door blades and rear bumper. Other features include Alcantara-covered race seats, door nets just like how it is present in the Coupe version and more.

McLaren has chosen to remove the floor carpet, air-conditioning and audio system to save weight. The 765LT also gets a McLaren’s Active Dynamics Panel, which has three settings for the transmission and suspension. One of the differences with the Coupe version is that the door of this Spider trim does not have the upper carbon fibre frame. And thus they are much smaller and lighter as compared to the doors of the Coupe version.

As with the Coupe, this 765LT Spider will also be available in a limited 765 units. McLaren has put up a sticker price starting at GBP 3,10,500, which is close to INR 3.2 crore. McLaren is also likely to make its debut in the Indian market. Initially, the company will sell the GT, 720S Coupe, 720S Spider and the Artura. McLaren has also announced the ex-showroom price of these models. 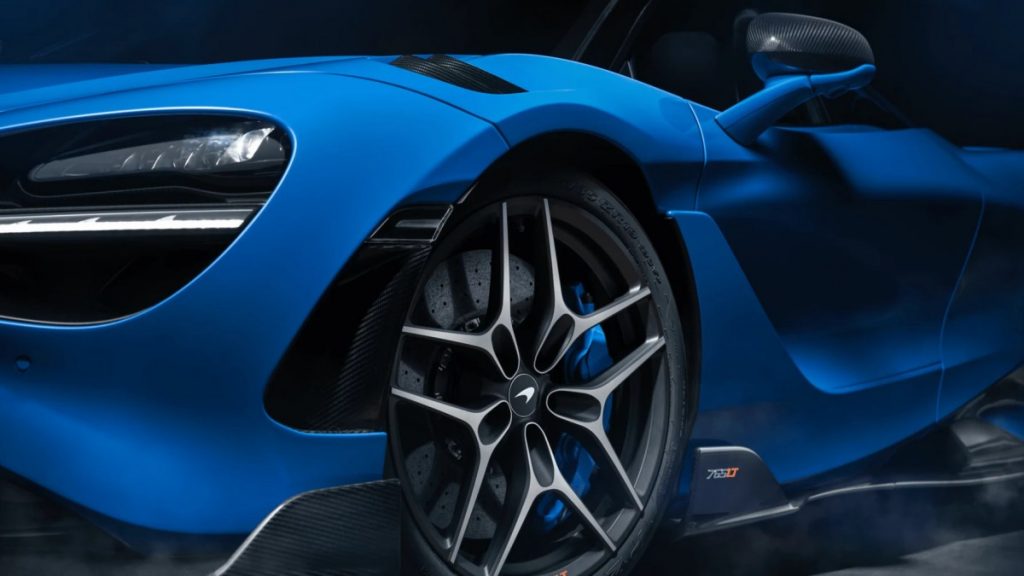 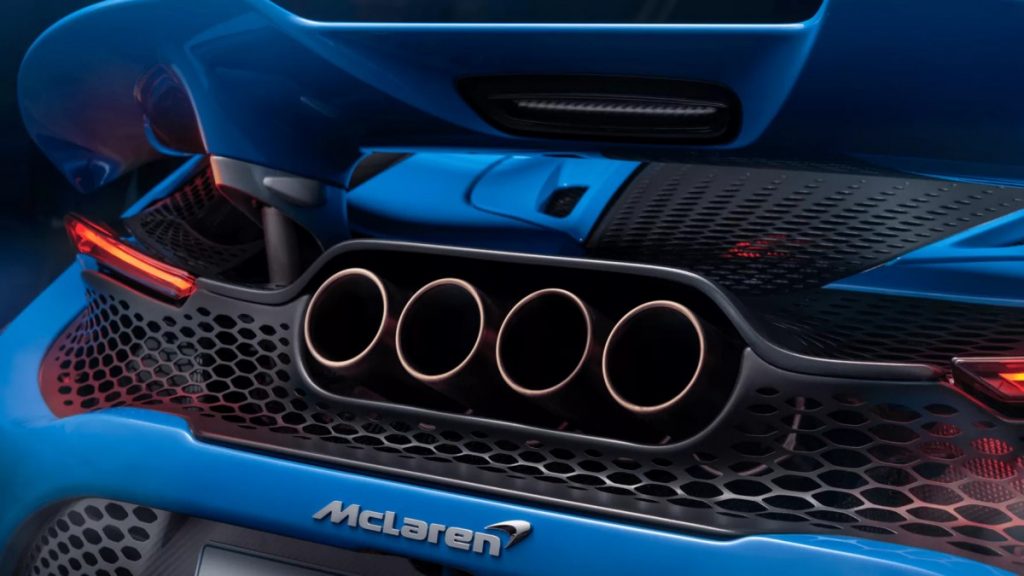 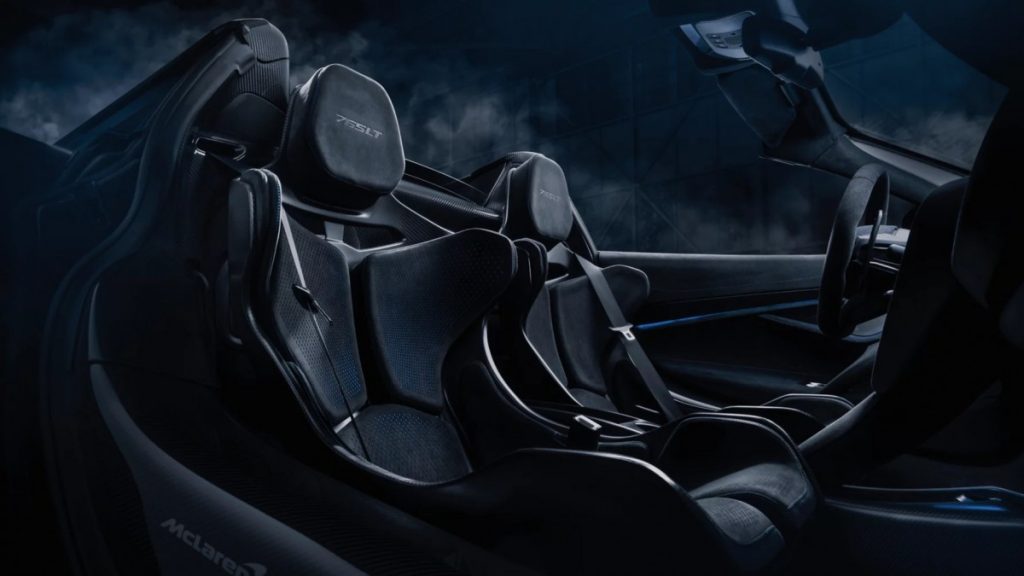 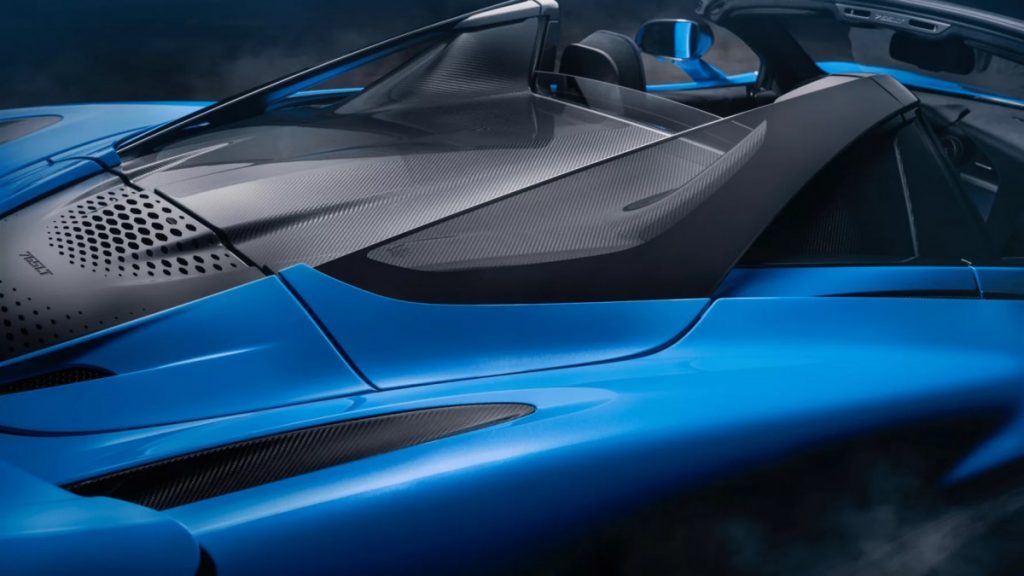 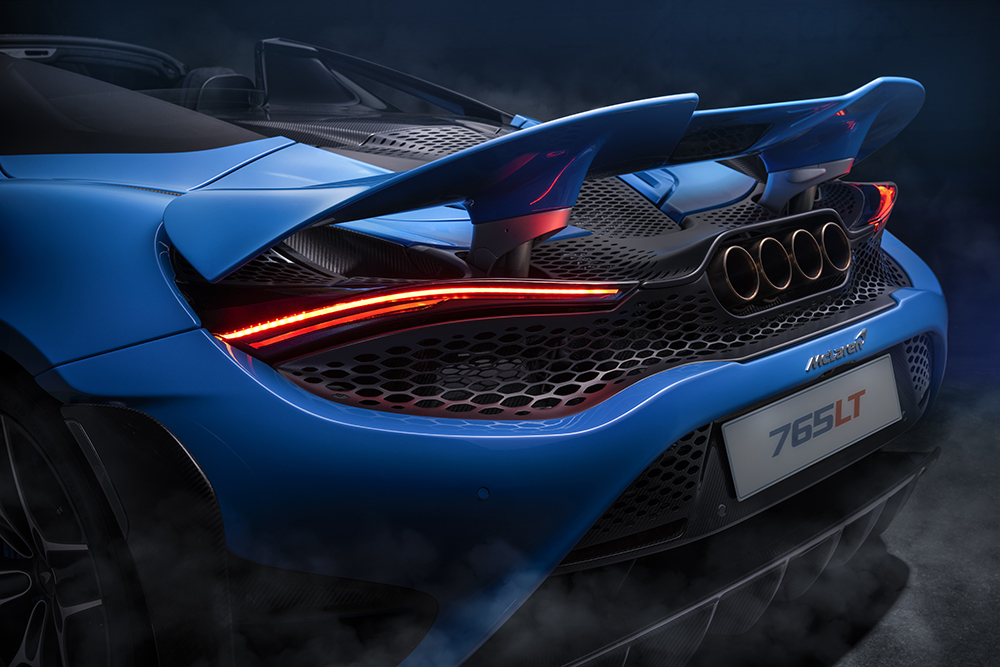 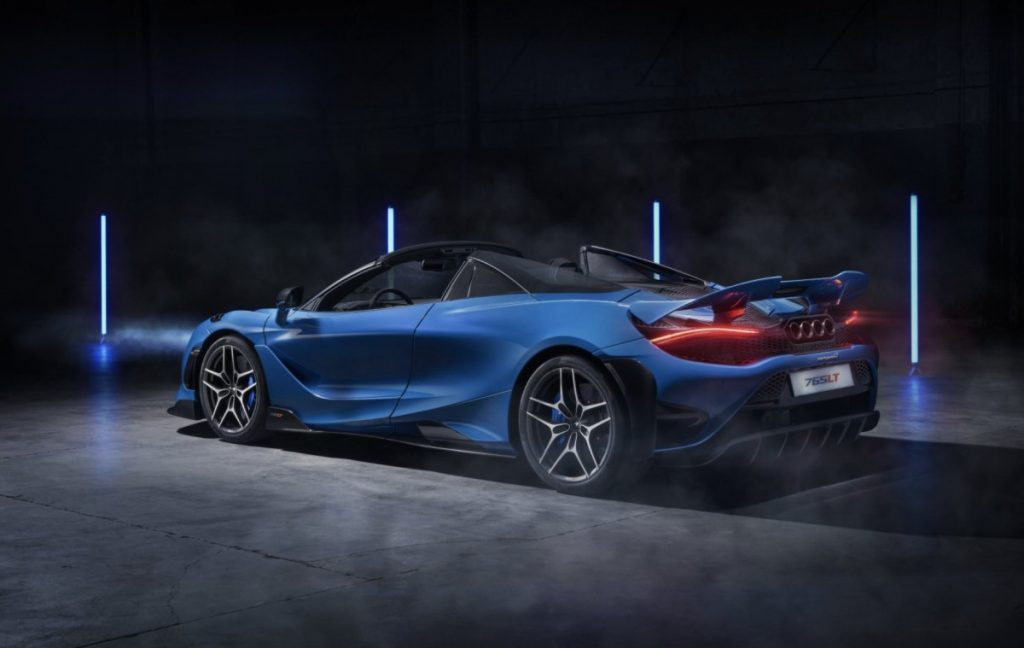 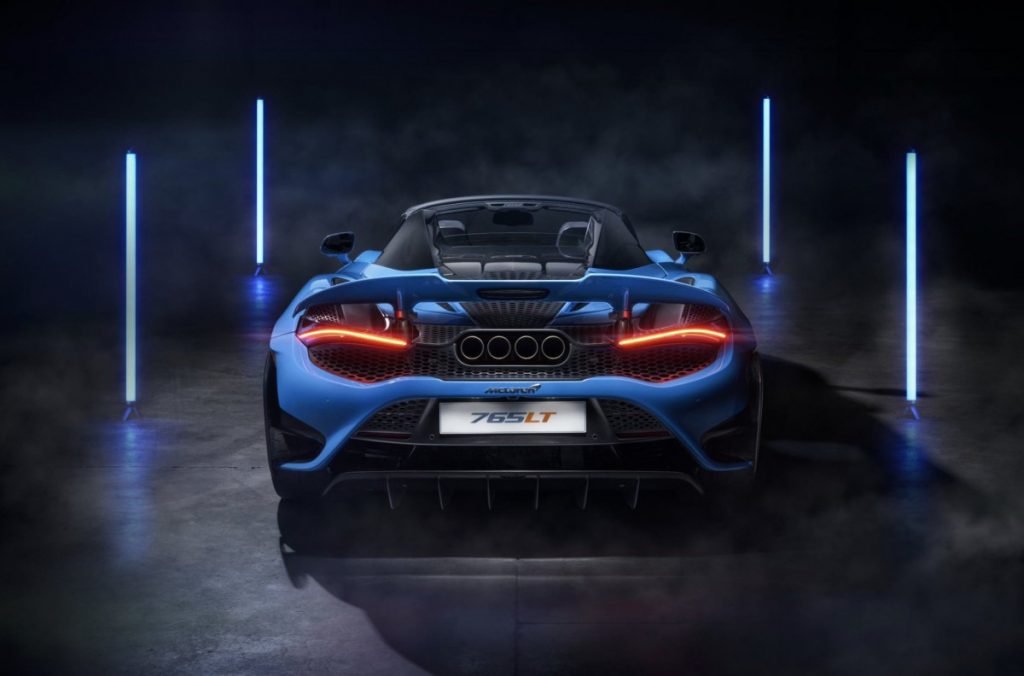