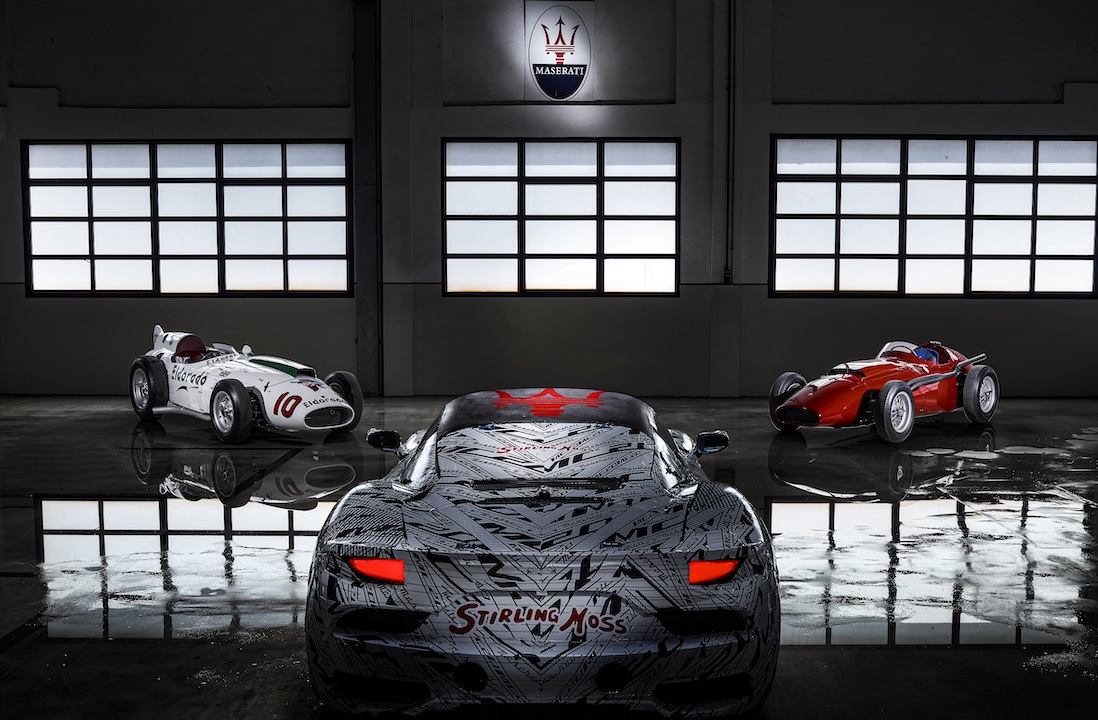 At the beginning of this calendar year, Trident wielding Italian supercar brand Maserati revealed the name of its upcoming super sports car christened ‘MC20’ in which the ‘MC’ is an acronym for Maserati Corse and ’20’ stands for the Year 2020. At the time Maserati only unveiled the name of the upcoming super sports car in a short teaser video which gave a glimpse of the moniker with Roman numerals in the background.

As the super sports cars testing continues, the brand has unveiled a unique prototype of the MC20 to pay homage to British Formula One Race Car driver Sir Stirling Moss who passed away on 12th April at the age of 90. The design inspiration has been drawn from the prototype single-seater Maserati Eldorado which made its debut in Monza by Sir Stirling Moss himself, at “Trofeo dei due Mondi” in 1958.

Through this Maserati MC20 prototype, the Trident Brand wishes to memorialise one of the greatest names in the world of motorsports with Sir Stirling Moss’s ‘Signature’. The British driver also drove the Tipo 60 Birdcage, Tipo 61 and 300 S.

Without coincidence, Maserati has chosen the MC20 to dedicate to Sir Stirling Moss as the brand makes a comeback to the world of racing after its latest win by its predecessor the Maserati MC12 which won the FIA GT1 World Championship in 2010. The MC12 was powered by a 5,998cc 65-degree V12 48 valve double overhead camshaft with Dry sump lubrication with a transaxle that produced 630hp of power @ 7,500rpm and could do a top speed of 330+ kmph.

The MC12 weighed 1335 kg and had a stress-bearing carbon fibre and Nomex honeycomb sandwich monocoque chassis with front and rear aluminium sub-frame.  Later the brand also introduced the MC12 ‘Stradale’ which was a road-going version to be able to homologate the model for international GT racing.

The brand chose to unveil the prototype MC20 on 13th May to recall the Sir Stirling Moss’s victory in the Monaco F1 Grand Prix on 13th May 1956, at the wheel of the Maserati 250F. Sir Moss led the 100 laps race around the twisty, demanding Monaco circuit and Maserati completed the race by taking the third place as well with French Race Car Driver Jean Behra.

In Formula One Grand Prix, Sir Stirling Moss recorded 16 victories from 66 starts finishing in second place in four championships and third place in three championships and is therefore referred to as ‘King Without a Crown’. Sir Moss drove the Maserati 250F, which he often recalled as ‘his favourite’ in the 1956 season and some races in 1957. Moss in 1957 was beaten only by his Argentinian rival Juan Manuel Fangio, who was at the wheel od another 250F.

The Maserati MC20 will also be the first car to adopt a new engine 100% designed, developed and produced by the Modena-based company itself and will be built at the Modena plant in Italy which has been expanded and modernised to accommodate the super sports cars production requirements. Maserati has also announced that the brand will invest EUR 800 million in the Mirafiori production facility where the new Maserati GranTurismo and GranCabrio with a fully electric powertrain will be manufactured. 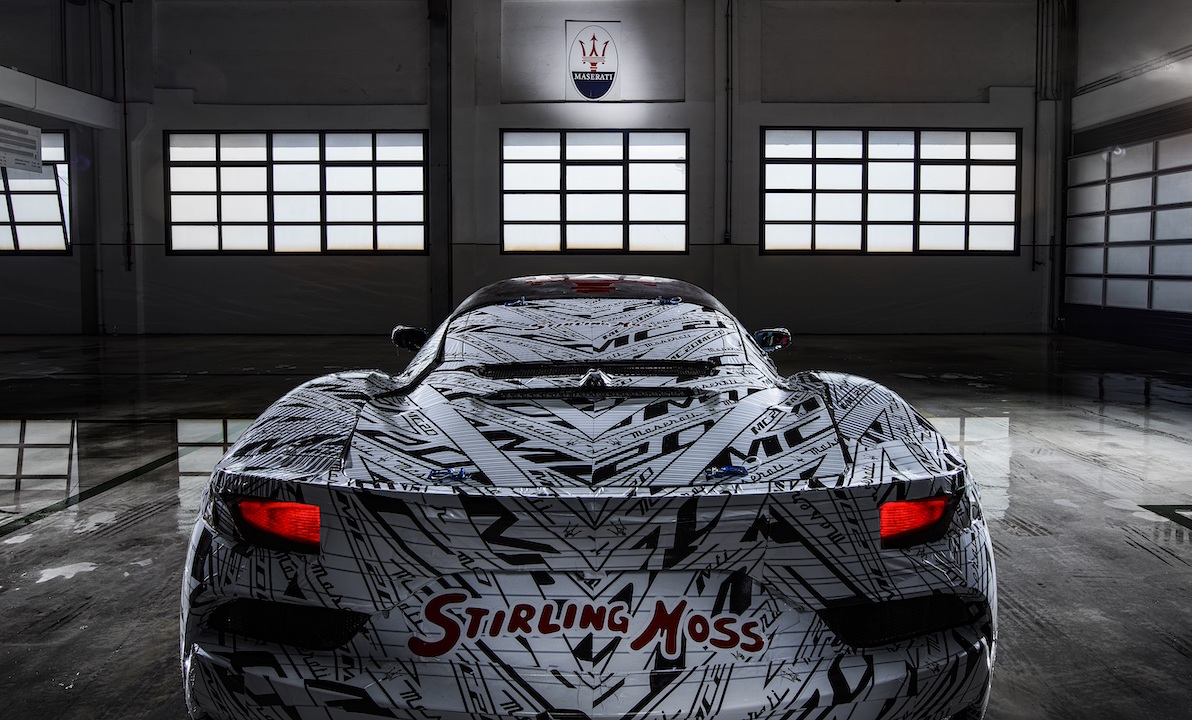 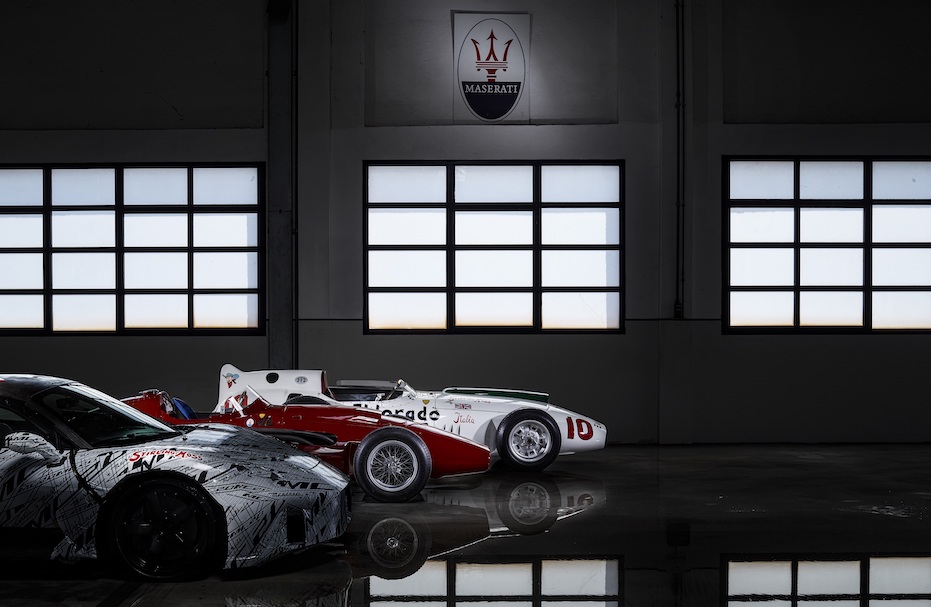 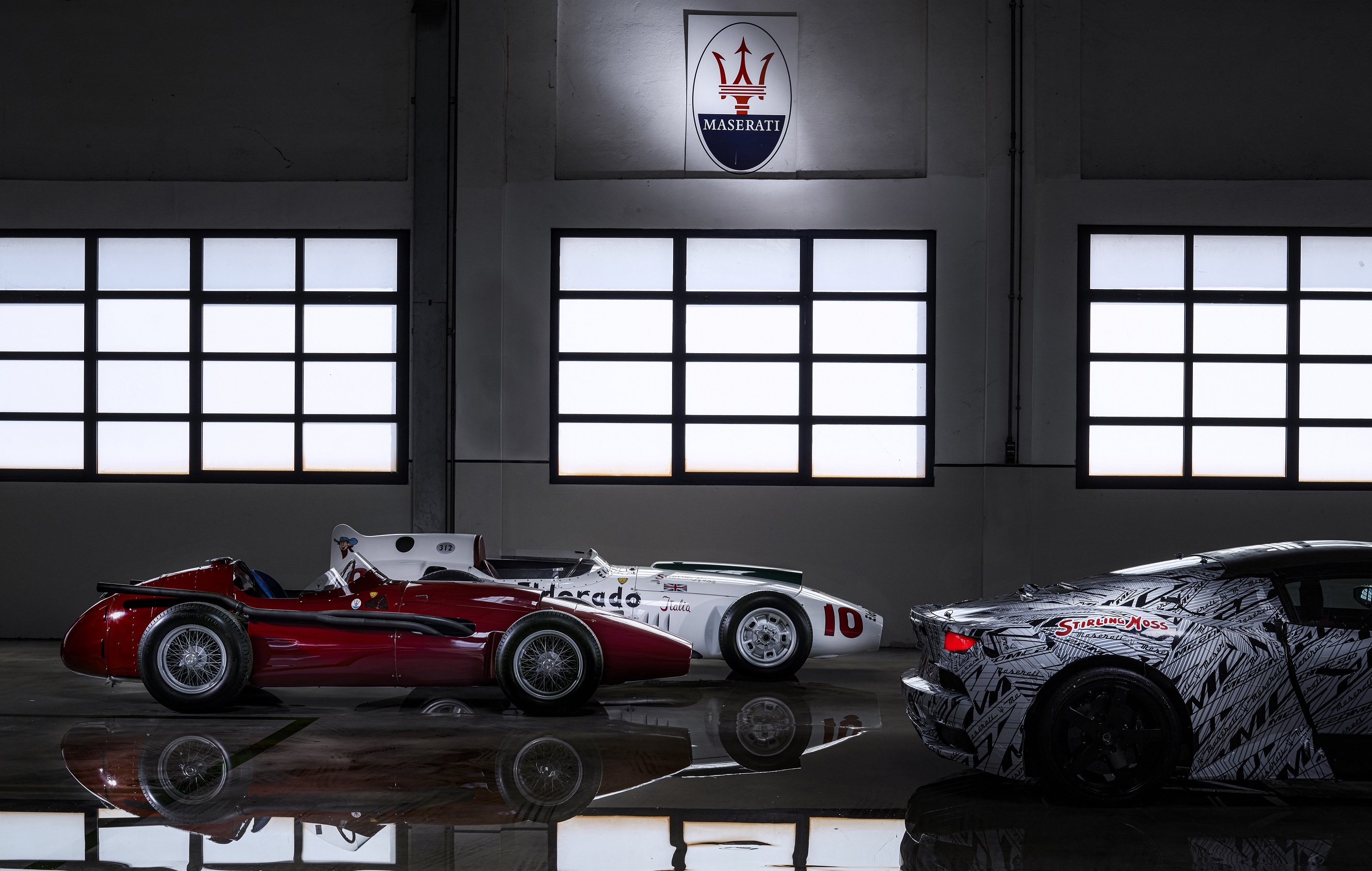 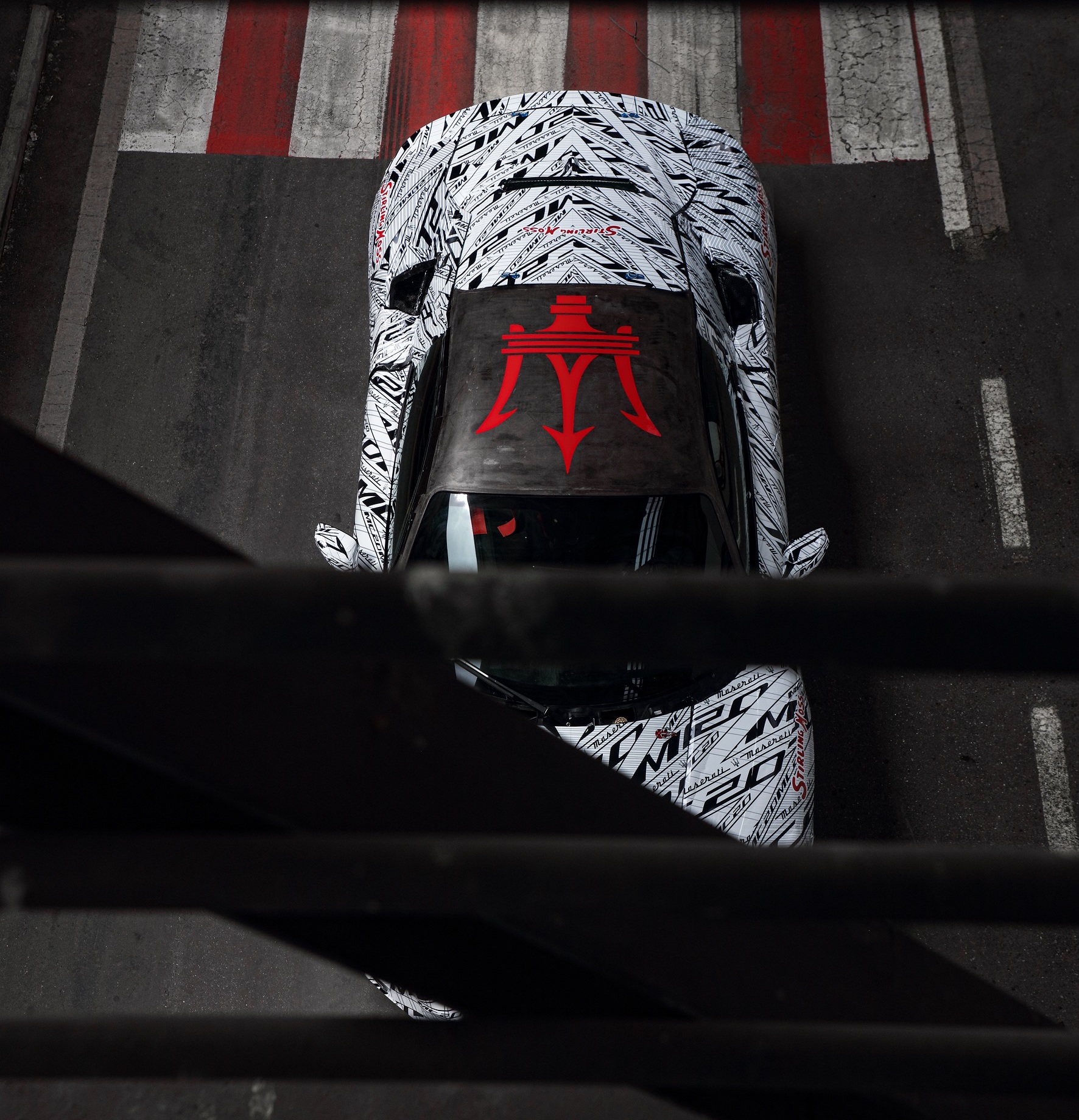