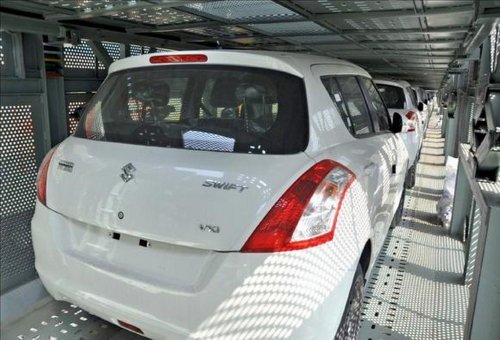 Maruti Suzuki has started dispatching new cars via railway network instead of the usual roadways. Maruti Suzuki now looks to reduce waiting period and transit time of newly built products since the competition is getting stiffer.

Maruti has long waiting periods for popular cars such as the Swift, Dzire and Alto. Most of these car are facing stiff competition from fresher products from rival companies and long waiting periods could result in the customer looking elsewhere. Hence, Maruti will use railways as a faster option to deliver cars to their dealer network. Due to this, the company will save 2 days of transit time compared to roadways. Where the usual container trucks can reach the the desired destination in 7 days, the rail network can deliver in 5 days.