With the B2 segment hatchback market heating up month on month, the segment leader does not want to get overshadowed with new and improved competition. The Swift facelift has now been spotted for the first time at a stockyard.

Internationally, the Swift received a minor update last year. The only noticeable change on the facelift model will be the addition of LED DRLs on the front bumper. The air dam is also expected to be slightly wider than before and the hatchback will get a different alloy wheel design as well.

Interiors remain unchanged, but a few features have been added such as power folding ORVMs, reverse parking sensors and auto-up driver side window.

The Swift will continue to be powered by the 1.2L, 4-cylinder, K-series petrol engine and the 1.3L, fiat source Multijet diesel engine. Both the engines will be available with a manual transmission.

With the new Elite i20, the 2014 VW Polo, the Fiat Punto Evo now in the market, customers are used to having a comprehensive update on the car. Will you consider these additions on the Swift as a facelift? 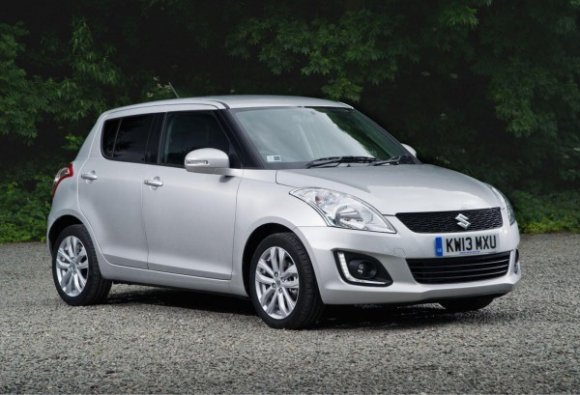