Maruti Suzuki is likely to launch five new SUVs in the Indian market in the next three years. The new SUV from one of the largest four-wheeler manufacturers in India will be competing in the booming three-row SUV segment in the country. This includes the Hyundai Alcazar, MG Hector Plus, Tata Safari etc. Apart from this, Maruti Suzuki will also launch the Creta rival, a company SUV to rival the Kia Sonet and Hyundai Venue. In addition to this, the brand will also rival the likes of Mahindra Thar in the lifestyle SUV segment.

The brand will also introduce another 4.3-metre SUV in the Indian market to rival the Hyundai Creta. The new SUV will be based on Toyota and Daihatsu’s DNGA modular platform and two models will spawn from the YFG. One will be sold under the Maruti Suzuki brand and another as a Toyota. The YFG is essentially a Toyota brand and will be built at the Bidadi plant. However, the brand is likely to use the Maruti Suzuki developed 1.5-litre petrol engine with higher levels of electrification.

Targetting the younger generation audience, Maruti Suzuki will also bring a new compact SUV based on Baleno’s Heartect platform. The new SUV codenamed YTB will have the same 1.5-litre petrol mainstay with high hybridisation levels. The YTB will rival the Hyundai Venue and Kia Sonet in the Indian market.

The brand is working on a new Brezza which now drops the ‘Vitara’ prefix. The new Brezza will be an upmarket SUV with features such as a sunroof, large infotainment screen, internet-connected features and wireless charging. Again the mainstay will be a hybridized 1.5-litre petrol engine with automatic and manual gearbox options.

The Maruti Suzuki Jimny which is currently being produced in India for the exports market is now being greenlighted for consumption in India. However, there is a catch, the brand could launch a more “practical” five-door version of the Jimny in India, which could be named ‘Jimny Long’. But speculation is that the brand will also launch the three-door Jimny following the five-door long-wheelbase version. 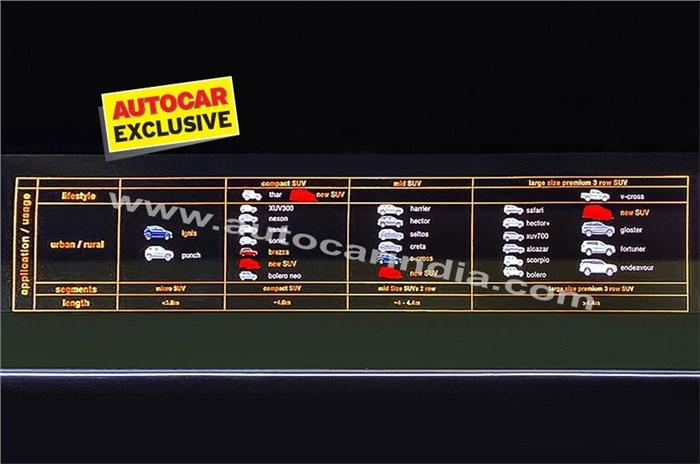