The Tour H1 hatchback is essentially an Alto 800 aimed at the entry-level taxi segment. It has similar styling to the stock variant of the car and uses the same 796cc three-cylinder powertrain with a 5-speed transmission. The Tour H1 can seat 5 people including the driver and a small amount of luggage.

The Tour H2 hatchback is the commercial taxi version of the Celerio positioned between the LXI and LXI(O) trims. In terms of styling, the Tour H2 is nearly identical to the private use counterpart and continues to come with the same 998cc three-cylinder petrol engine with a 5-speed manual unit. The Tour H2 can seat 5-people including the driver and has 235-litres of boot space for luggage.

The Tour S is a Sedan based on the Maruti Suzuki Dzire and is styled similarly on its exterior. The Tour S comes with Diesel, Petrol and CNG options and is powered by 1.2-litre petrol with CNG or an optional 1.3-litre diesel engine.

The Tour V is essentially a Maruti Suzuki Eeco van which comes with a 5-seater and 7-seater capacity including the driver and comes with a 1196cc petrol engine with CNG flex-fuel option.

The largest vehicle in the Tour range is the Tour M an MPV based on the Maruti Suzuki Ertiga VXI trim in petrol. The Tour M does not get the smart hybrid petrol engine but is powered by a 1.5-litre petrol engine with CNG fuel option. The Tour M is 4395mm in length with 2740mm of wheelbase and has a seating capacity of 7 people including the driver.

Currently, the brand’s commercial network sells the Eeco Cargo powered by a 1196cc petrol engine with the option of CNG fuel and has a 1620mm long, 1320mm wide and 1070mm tall cargo box. It has a seating capacity of the driver plus one. The Super Carry, on the other hand, is an LCV and comes in Petrol/CNG and Diesel variants and comes with a Cab-Chassis with a flat-bed on the rear. The Super Carry is 3800mm in length, 1562mm in width, 1883mm in height and a 2110mm wheelbase. The rear deck is 2183mm in length and has a 740 kg payload carrying capacity along with 21% gradeability. The Super Carry is powered by the same G12B 1.2-litre petrol engine that powers the Eeco Cargo and an optional 793cc DDIS diesel engine.

Maruti Suzuki entered the commercial vehicle segment with the Super Carry LCV back in 2016 and has registered a 240% growth in three years. The addition of the Tour range to the claims to further strengthen the brand’s commercial network. 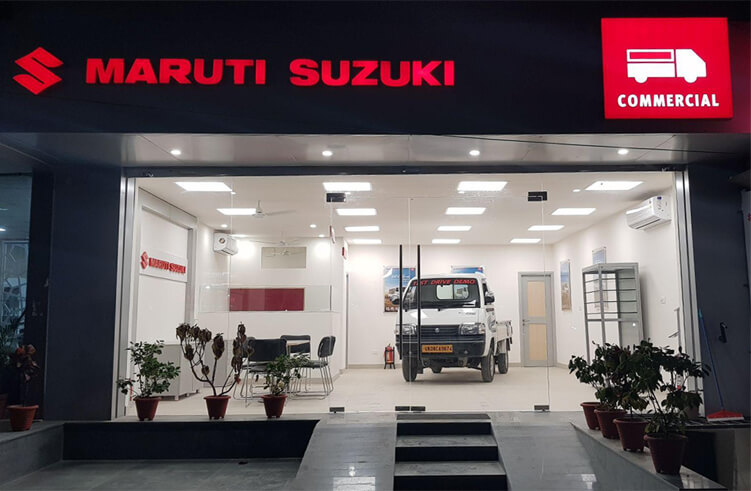