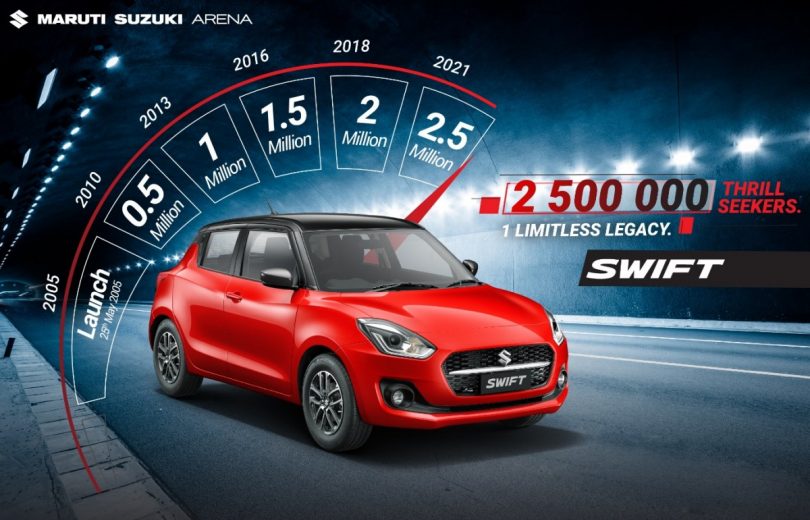 Maruti Suzuki Swift, one of the most iconic hatchbacks, hits the 2.5 million sales figure. Launched back in 2005, Swift became the go-to hatchback for working-class Indians. Swift had a distinctive exterior outlook, making it one of the most striking looking vehicles out on the Indian roads.

Add to this, the car provided a decent amount of performance and had more than enough features to satisfy the customers. Currently in its third generation, Swift is still one of the top-selling cars in the Indian market. The fact that Swift has won the ICOTY (Indian Car Of The Year) thrice says a lot about this product.

Let’s Rewind A Bit To The History

In 2005, the Indian automotive industry was all about the Zen, 800, and Santro in the hatchback segment. And then Maruti Suzuki came up with the Swift, which completely changed the hatchback market. Sharing the engine with the Esteem, the 1.3-litre provided an abundant amount of performance. And pretty soon, Swift became one of the top sellers in the country, and after 16 years, it still is. By 2007, Swift had already clocked a 1 lakh sales figure. Then Maruti Suzuki introduced a diesel engine in the form of the Fiat-sourced 1.3-litre multijet power unit. This enhanced the target audience for Swift, and the sales figure just kept on growing.

By 2010, 5 years after its launch, there were close to 5,00,000 units of Swift on the Indian roads. Then with the BS-IV emission norms, Maruti Suzuki introduced the 1.2-litre K12M engine for the petrol version. In 2011, the second generation of the Swift replaced the 1st generation, but the overall silhouette remained the same. However, Maruti Suzuki made significant changes to the interiors and exteriors. The millionth Swift hit the Indian roads in 2013, after 8 years since its launch in India. Swift has received regular updates to keep up with the competition and will continue to do so.

Current Generation Of The Swift

Launched in 2018, the 3rd generation of the Swift still retains some of the characteristics of the 2005 model. Easy to drive, maintain and fuel efficiency has become synonymous with the Swift brand, making it one of the most successful cars in Indian automotive history. The hatchback currently gets only one engine option: the 1.2-litre DualJet VVT petrol engine mated either to a 5-speed manual or a 5-speed AMT. 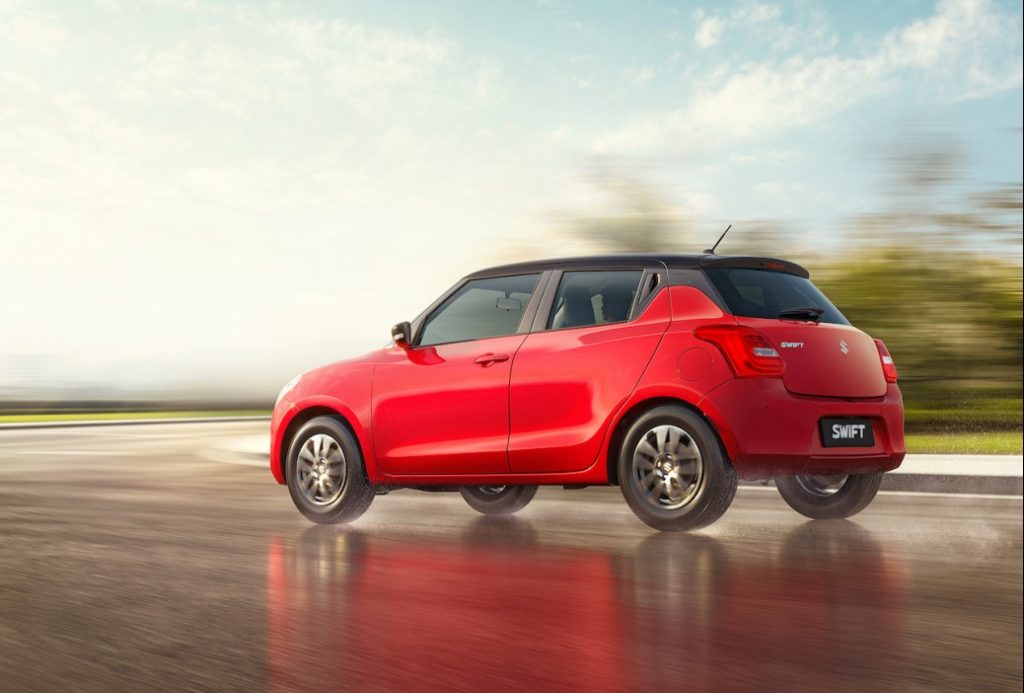