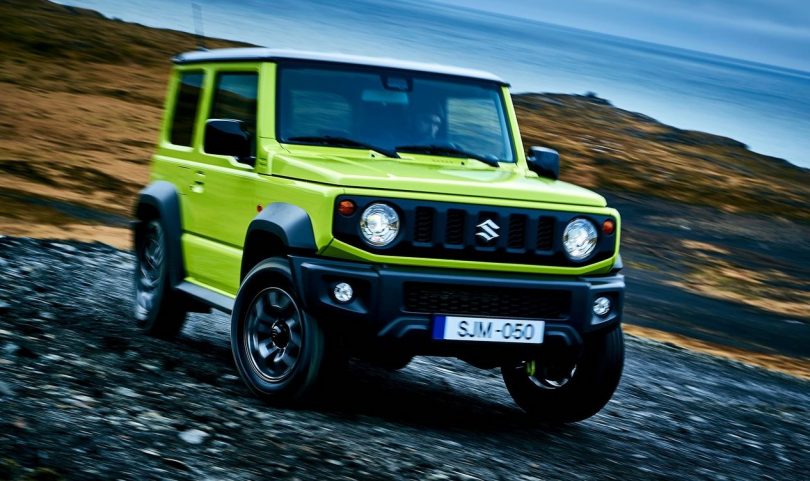 A couple of weeks ago, it was reported that Maruti Suzuki plans to make India an exclusive production hub for the Suzuki Jimny. Now, new reports suggest that the Indo-Japanese brand has already rolled the first unit of the Jimny SUV from its assembly line at the brand’s manufacturing facility in Gurugram. Furthermore, reports in the recent past also suggested that the brand will be heavily localising the Jimny SUV with domestically-sourced components and produce around 4,000 – 5,000 units which are all likely to be exported from India.

Currently, the Japanese parent company produces the Suzuki Jimny only at the Kosai manufacturing facility in Shizuoka Prefecture Japan, where the Alto, Spacia, WagonR, Hustler and DF350A Marine Outboard motors are also produced. The Jimny is said to be manufactured in India and exported to the global market. The vehicle will also benefit from the new updated BS6/Euro5 compliant K series 1.5-litre naturally-aspirated engine similar to the one that duty on the Maruti Suzuki Vitara Brezza in India. The drivetrain also comes with a part-time 4 wheel drive system (ALLGRIP PRO). The low ratio system can be engaged using a lever between the driver and co-driver when the car needs to traverse difficult terrain.

In the near future, Maruti Suzuki is also likely to bring the Jimny SUV for sale in the Indian market with a competitive price tag around the INR 10 lakh mark. The brand is likely to market the Jimny through the brand’s premium retail vertical – NEXA Dealerships. It is also being rumoured that the Maruti Suzuki is likely to develop a more “Practical” five-door version of the Jimny with more creature comforts targeted towards the family audience.

If the Jimny is launched in the Indian market, it is likely to compete with the newly launched and unrivalled all-new Mahindra Thar which is positioned as a 4×4 lifestyle SUV.