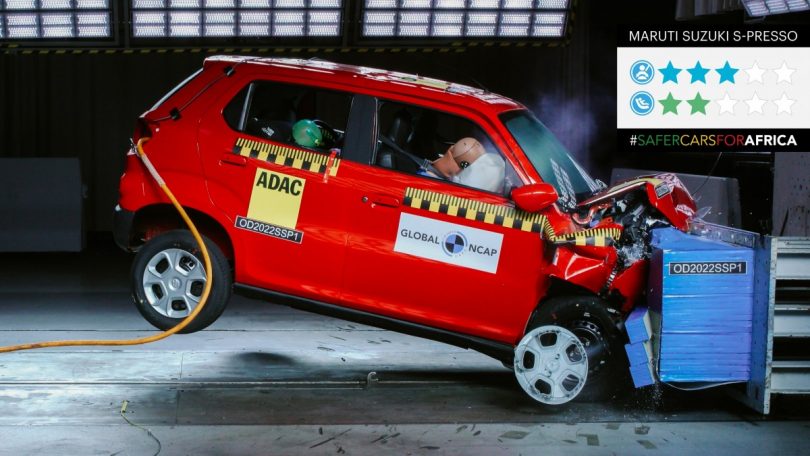 The Indian-manufactured Maruti Suzuki S-Presso for South Africa has bagged a 3-star Global NCAP crash safety rating. Like the #SaferCarsForIndia initiative, they also have a #SaferCarsForAfrice one.

The Maruti Suzuki S-Presso does not offer a 3-point seat belt in all seating positions. The centre rear position gets a lap belt. All of the above explains the 2-star rating for Child Occupant Protection.

How Is It Different Than The Indian S-Presso?

Maruti Suzuki started exporting the S-Presso in January 2020. In November 2020, Global NCAP rated it with a 0-star rating. This model only had one airbag for the driver. The company discontinued these trims in April 2022.

GNCAP wanted to see if the claims were true. Hence, it tested the South African model and awarded it a higher safety rating. Thus, proving that Suzuki South Africa’s claims were indeed valid. Global NCAP’s Secretary-General said that S-Presso’s safety performance is still far from satisfactory. Suzuki South Africa’s claims do not reflect in levels of child occupant protection. This is because they remain the same as the Indian version, which Global NCAP tested in 2020.

Global NCAP appreciated the progress in vehicle safety in the Indian market. There will be new norms that will mandate the fitment of six airbags as standard. However, Global NCAP hopes Maruti Suzuki will not apply a double standard for the cars they sell in India and South Africa. 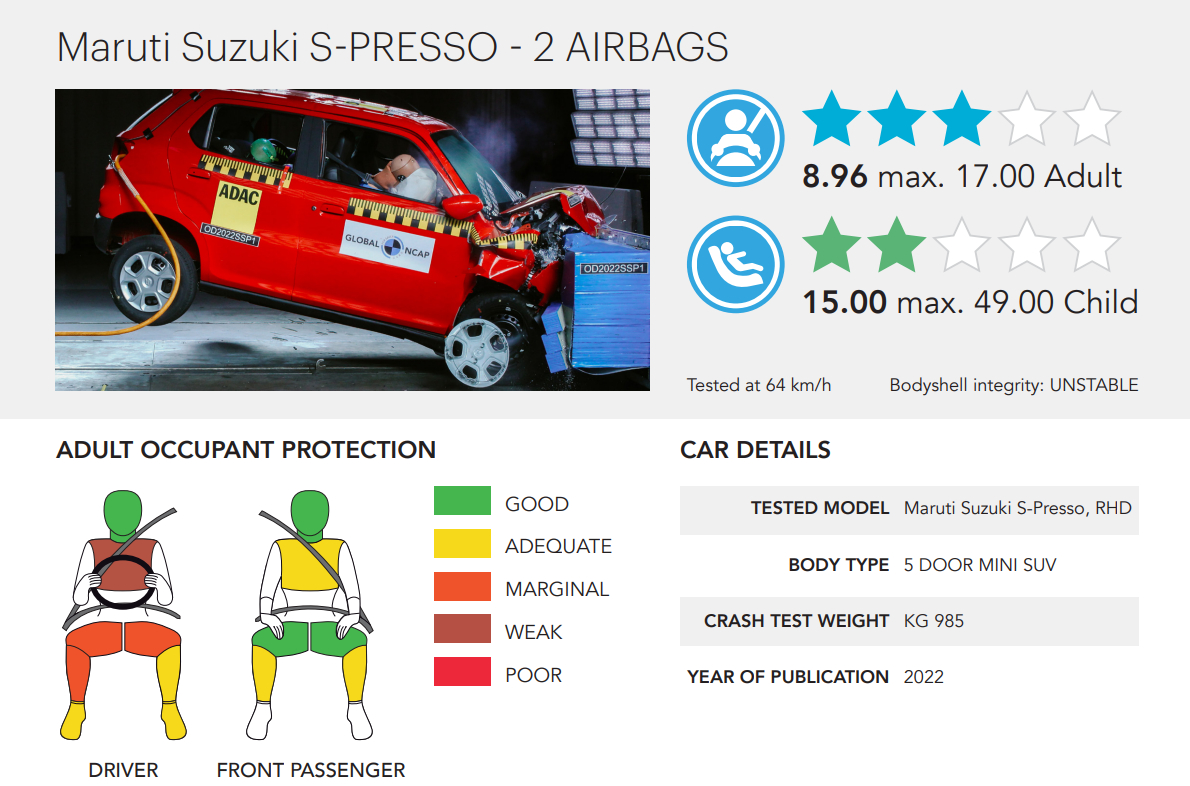 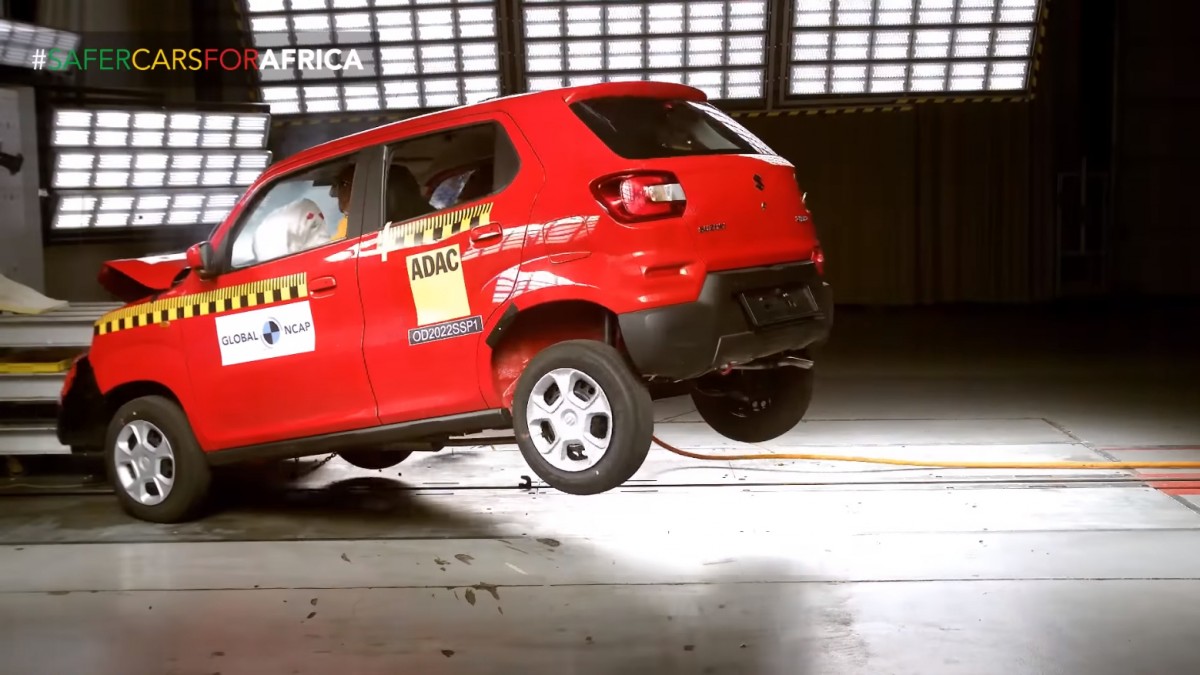