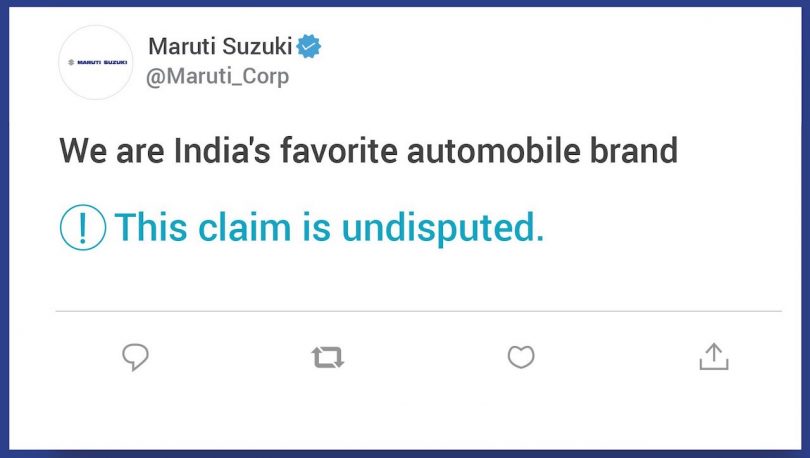 After Global NCAP crash tested the Maruti Suzuki S-Presso, an entry-level hatch, the Indo-Japanese car manufacturer has been on the receiving end especially from Tata Motors on the social media site Twitter. For the uninitiated, the Maruti Suzuki S-Presso received ‘0’ stars for safety the GNCAP crash test whereas Tata’s entry-level model the Tiago earlier this year scored 4 stars out of 5 for safety.

After Global NCAP published their report on the poor safety quotient of the S-Presso, Tata Motors took a dig at Maruti Suzuki on Twitter by posting an image of a broken Coffee cup with coffee beans spilling out of it and a text saying “We Don’t Break That Easy”. The brand also marked the post with Global NCAP’s 4-star rating certification on the Tiago.

Now, Maruti Suzuki has Tweeted, “We are India’s favourite automobile brand”, along with a mimic text that says “! This Claim Is Undisputed”, in a similar way how official Twitter read ‘This Claim is Disputed’. The brand has also posted that a text saying, “And we’re dedicated to continue strengthening our place in all your hearts – our favorite family of customers!”

Maruti Suzuki’s claim is not untrue and the brand has registered sales of 182,448 units in October of 2020 which is a growth of 18.9% over the same period in the previous year. The total sales in the domestic market include 166,825 units plus 6,037 units sales for other OEMs. The brand also announced that just in the month of October 2020 Maruti Suzuki India Limited exported 9,586 units. The brand also boasts one of the best touchpoint networks in the Indian market and offers a wide range of vehicles with CNG fuel option fitted from the factory and plenty of other reasons for being a crowd favourite.

Maruti Suzuki in the past also released a statement which mentions that the brand understands safety is a ‘critical’ issue and is, therefore, it is regulated by Governments around the world and not left to “Self-Proclaimed” organisations. The brand also stated that Maruti Suzuki cars are in line with global standards and they have been tested and certified by the Government of India. Furthermore, the Government of India has also increased the severeness of crash test norms, making them on par with the European standards. 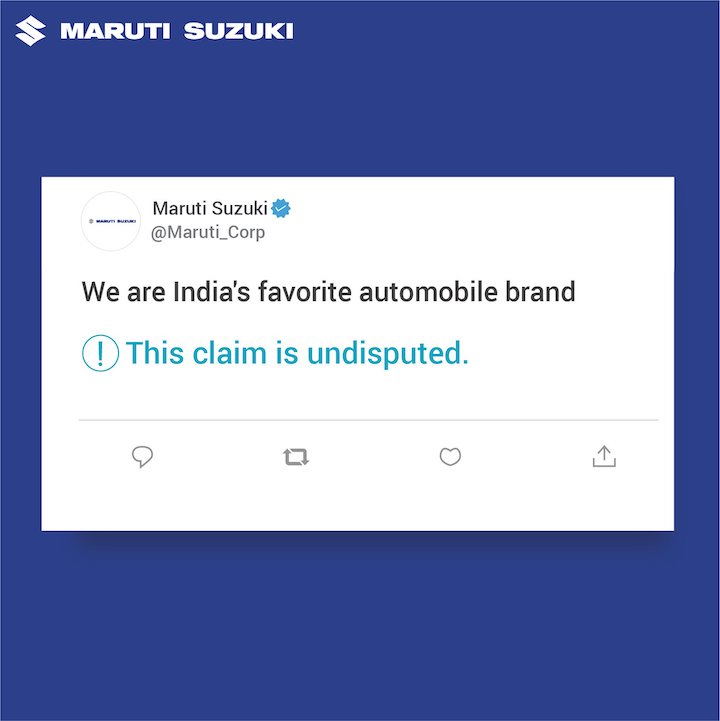 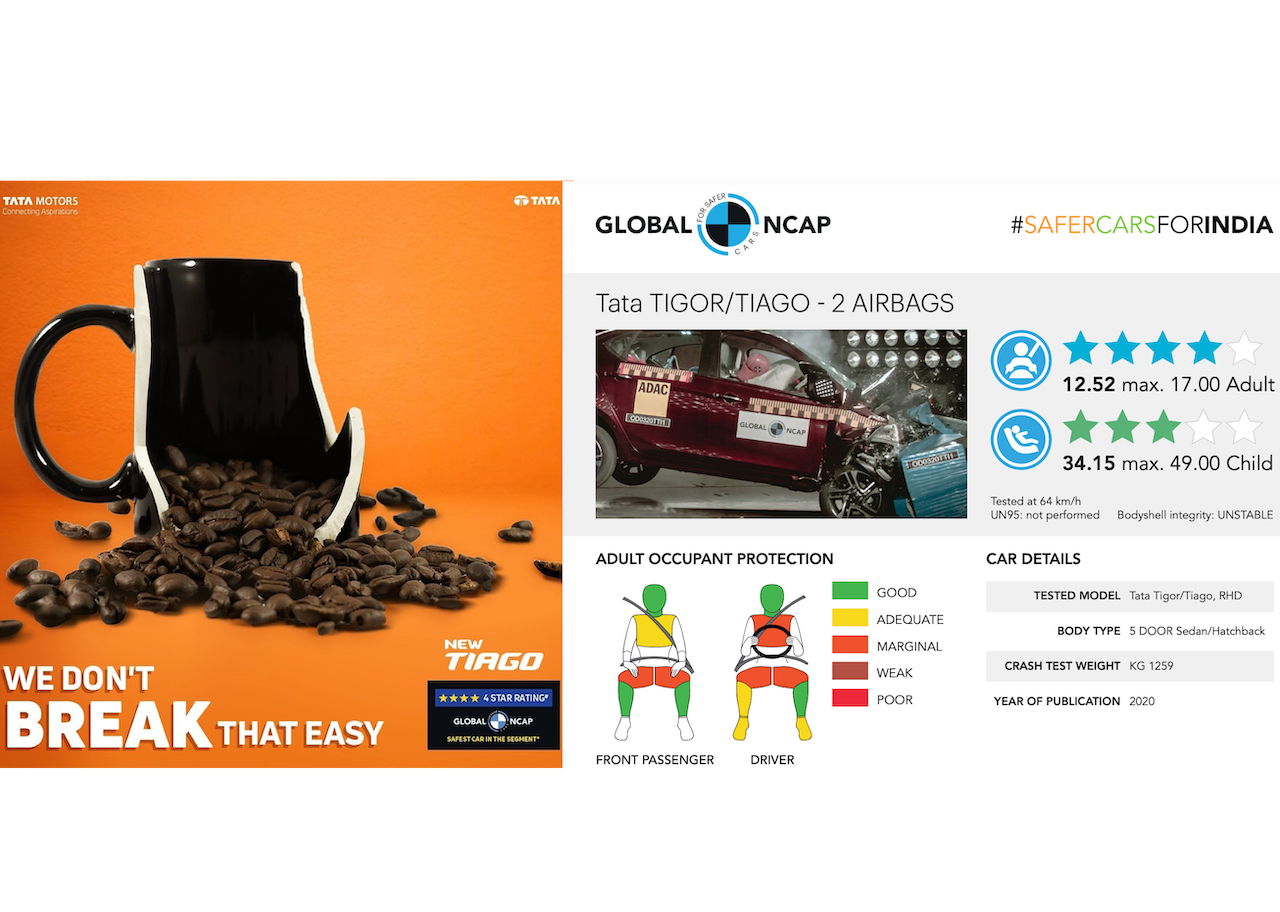 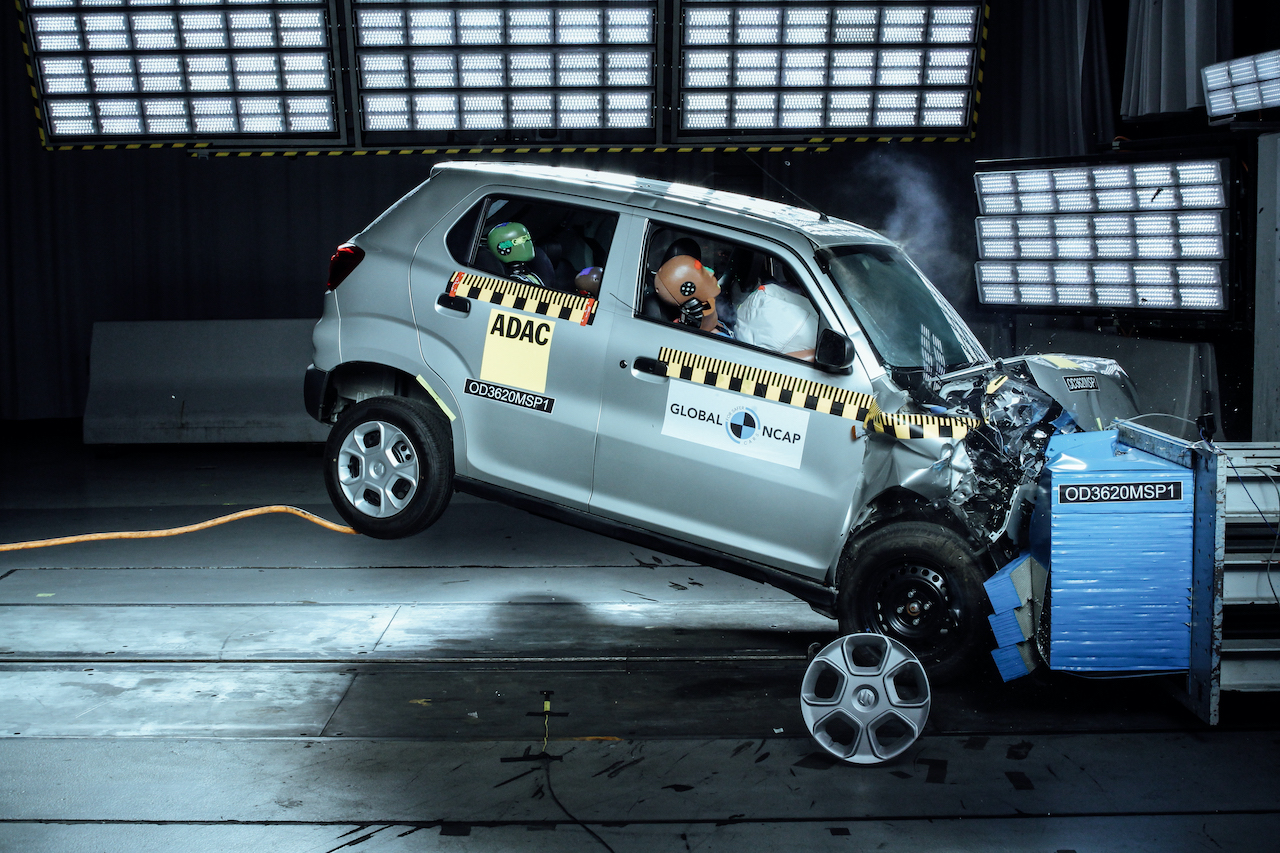 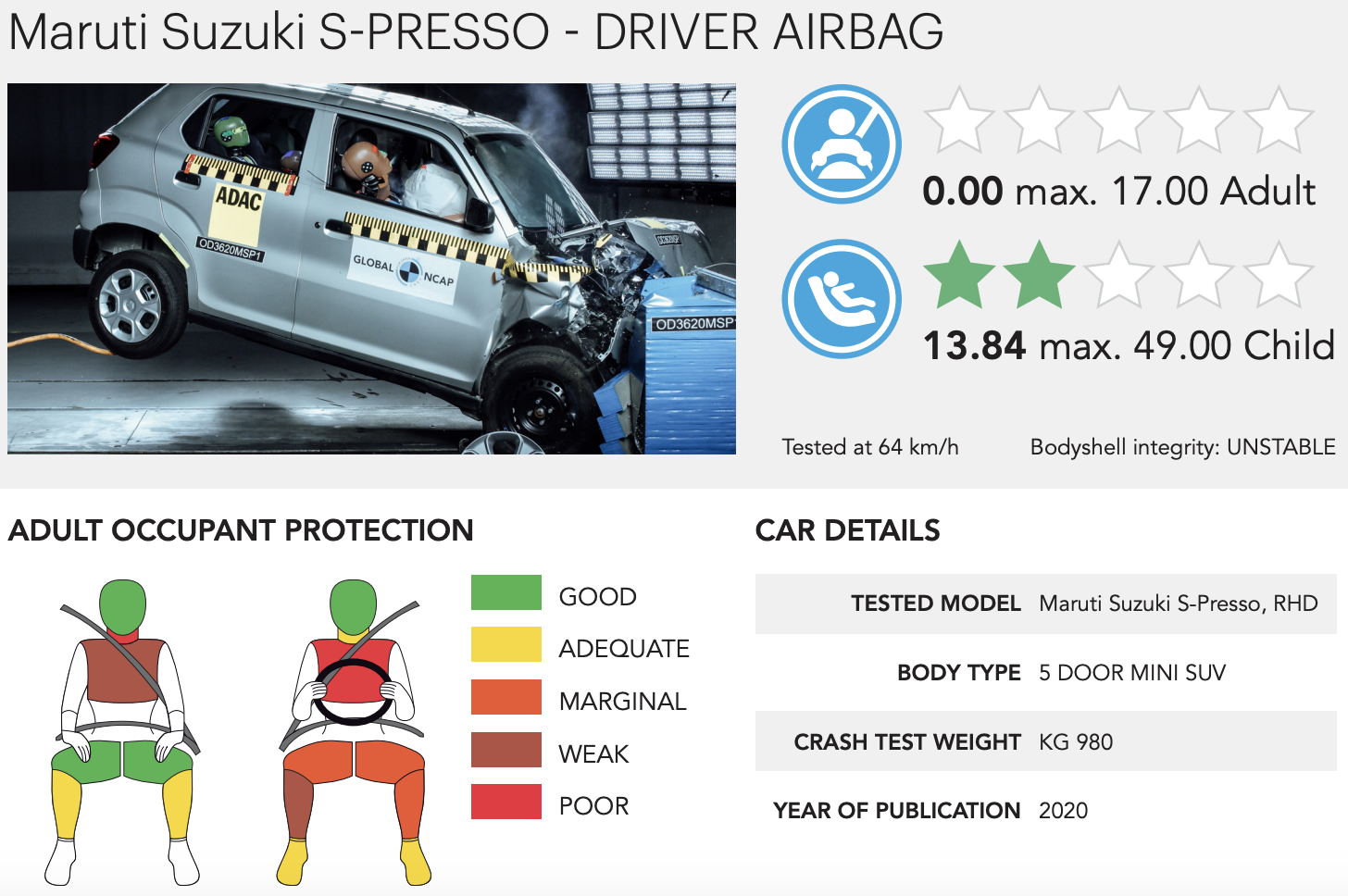