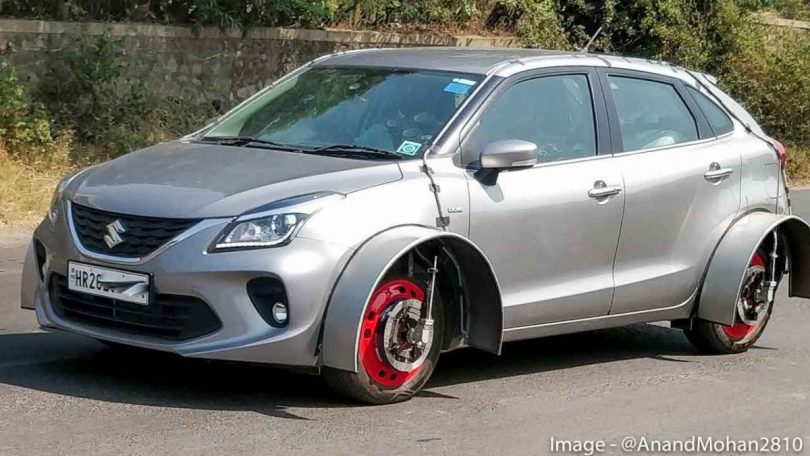 Maruti Suzuki is currently teasing its upcoming technology for a new car. Sources believe that this car could be the popular Maruti Suzuki Baleno in a new avatar which could be either a petrol hybrid engine or a diesel powertrain. It is also speculated to be a 100% electric vehicle which is quite unlikely but we will take the chances of it being a petrol hybrid.

The spy shots show the contraption latched to all four wheels and comes with heavy-duty guards and wire, but the test mule itself appears standard and interestingly shows a DDiS badge on the front fenders, leading us to believe that the car is powered by a diesel motor. But sources suggest that the model is a BS4 compliant diesel model. The brand might have upgraded the engine to the latest BS6 standards and is evaluating the vehicle.

But it is also speculated that the brand is more inclined towards the hilly regions around Pune or Lonavala. The brand might be testing the cars gradability on different terrains, leading us to believe a petrol strong hybrid motor capable of propelling the hot hatchback solely on electric power could be in order.  The test mule could be only a near production-ready model of the upcoming car and the brand is likely to incorporate a few elements to make it stand apart from the standard. 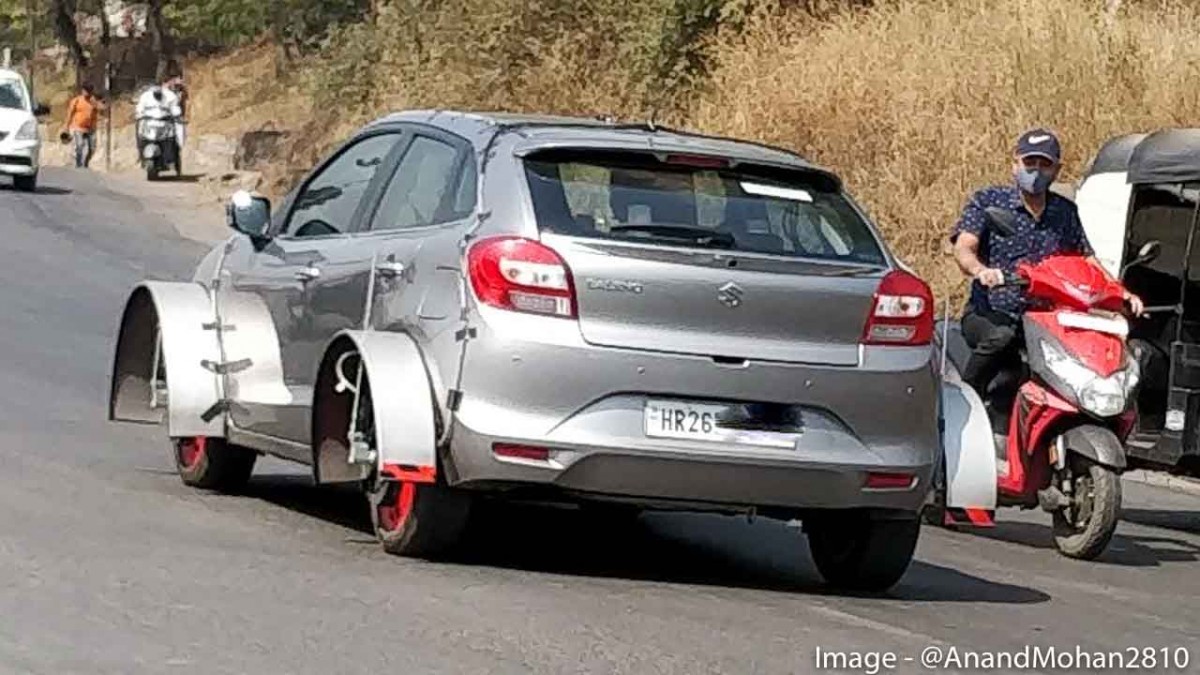