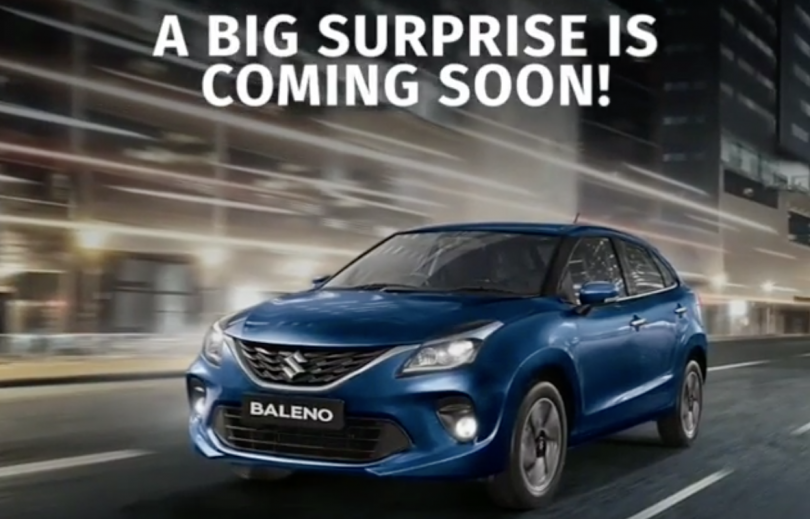 Maruti Suzuki has launched a teaser video of the brand’s popular Baleno hatchback with the caption, “A Big Surprise is Coming” but the brand has not revealed any other detail regarding the upcoming model. The captions indicates that the Baleno could get a new variant, but will it be a cosmetic update or a new powertrain still remains to be seen.

Another possibility is that Maruti Suzuki could bring back the 1.0-litre three-cylinder Boosterjet DITC petrol motor that served the Baleno RS. The engine in the BS4 era punched out 100 PS of power and 150 Nm of torque and came matched to a 5-speed manual transmission. Maruti Suzuki could bring this motor back on the Baleno which will allow the marque to better compete with the latest turbo-petrol crop such as the Volkswagen Polo and the likes. The rumours are on the basis of a test mule spotted with different set of alloy wheels in the last month.

Currently, the Maruti Suzuki Baleno is powered by a BS6 emission-compliant 1.2-litre VVT petrol engine that produces 83 PS of power and 113 Nm of torque and is offered with a 5-speed manual as well as an automatic CVT gearbox. It also comes with a Smart Hybrid technology BS6 standards-compliant 1.2-litre naturally-aspirated four-cylinder Dual Jet Dual VVT petrol engine that makes 90 PS of power and 113 Nm of torque matched to a 5-speed manual transmission.

The much-popular model was launched in 2015 and the company has achieved the 8 lakh sales milestone within the span of 59 months. The Maruti Suzuki Baleno is sold through Maruti Suzuki’s premium ‘NEXA’ sales channel which has 377 outlets across 200 cities in the Indian market. The Baleno also boasts to be exclusively manufactured in India at the Suzuki Motor Gujarat Private Limited (SMG), a subsidiary of Suzuki Motor Corporation for the production of automobiles in India and exported to Africa, Australia, Europe, Latin America, Middle-East and South-East Asia. 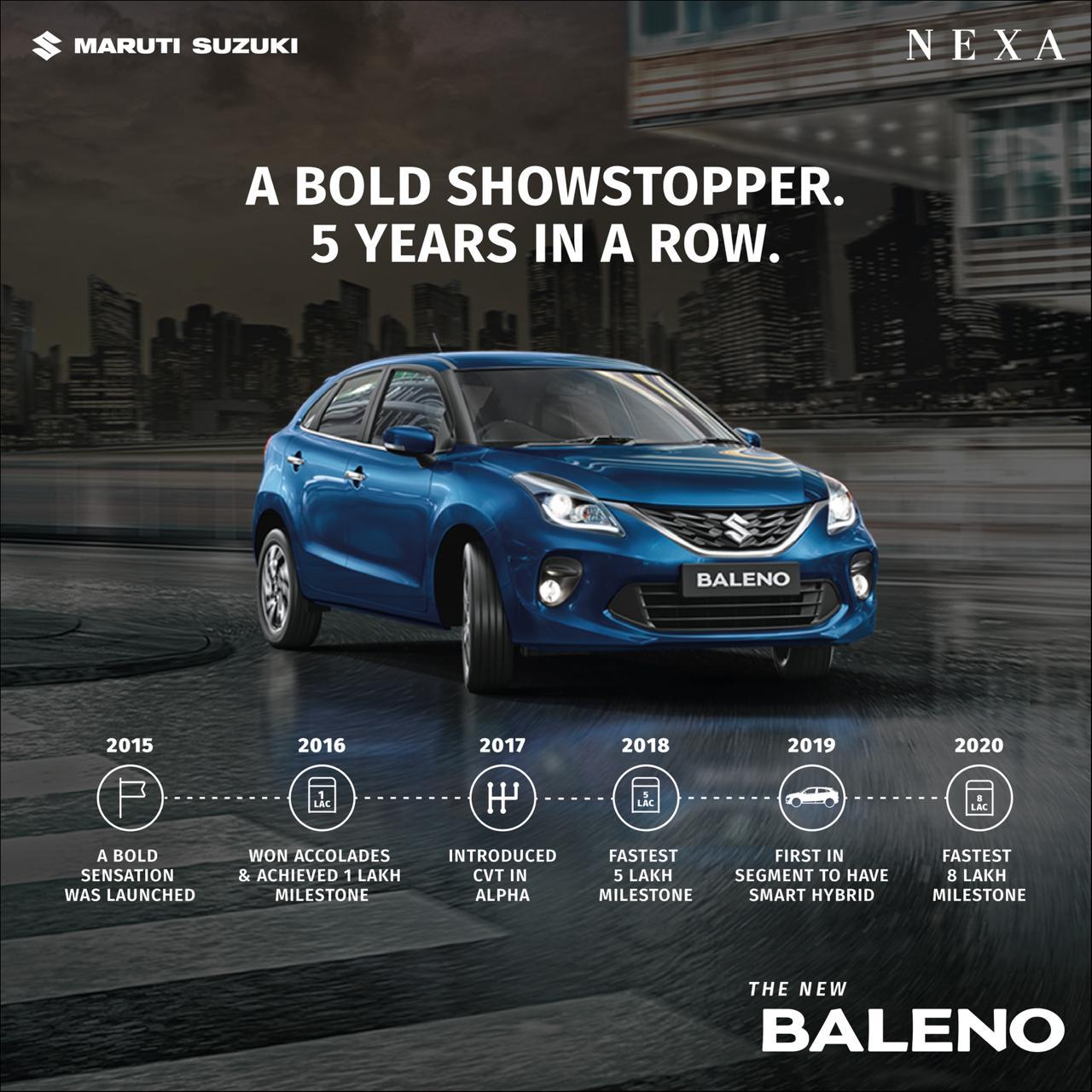