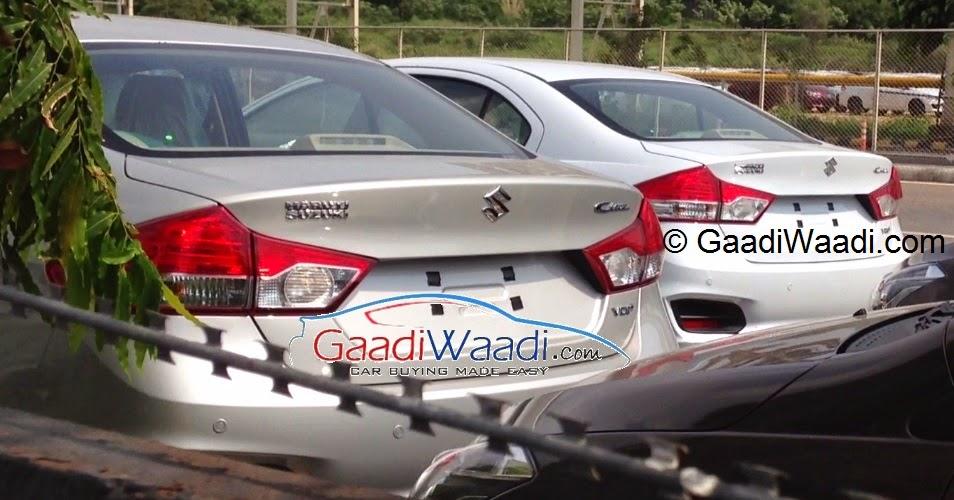 The soon to be launched Maruti Suzuki Ciaz sedan has been spied at what seems to be like the company’s plant at Manesar, Haryana. The Ciaz sedan will replace the ageing SX4 which has seen flagging sales for quite some time now. We can expect the car to be launched during the festive season.

Spyshots reveal the Vxi and Vdi variants of the Ciaz sedan. On the exteriors, the Ciaz will get 4 chrome slats on the front grille, swept-back headlamps with projectors, tail lamps and front and rear bumpers as shown at the concept model at the Auto Expo 2014, radio antenna on the rear windscreen, reflectors on the rear bumper with black inserts, ORVM mounted turn indicators, round fog lamps. The mid variants spotted here do now sport alloy wheels, but the top end Zxi and Zdi variants will most definitely have them.

The Ciaz is expected to be powered by the 1.3L Fiat sourced multijet engine pumping out 89 BHP of power. The petrol variant is likely to get a 1.4L, 89 BHP K-series motor. Both engines will be mated to a manual gearbox and there are rumours about an AMT making its way to the production line as well.

Competition now in the C2 segment is about to get stiffer with cars like the Honda City, Hyundai Verna, Volkswagen Vento, Skoda Rapid etc. 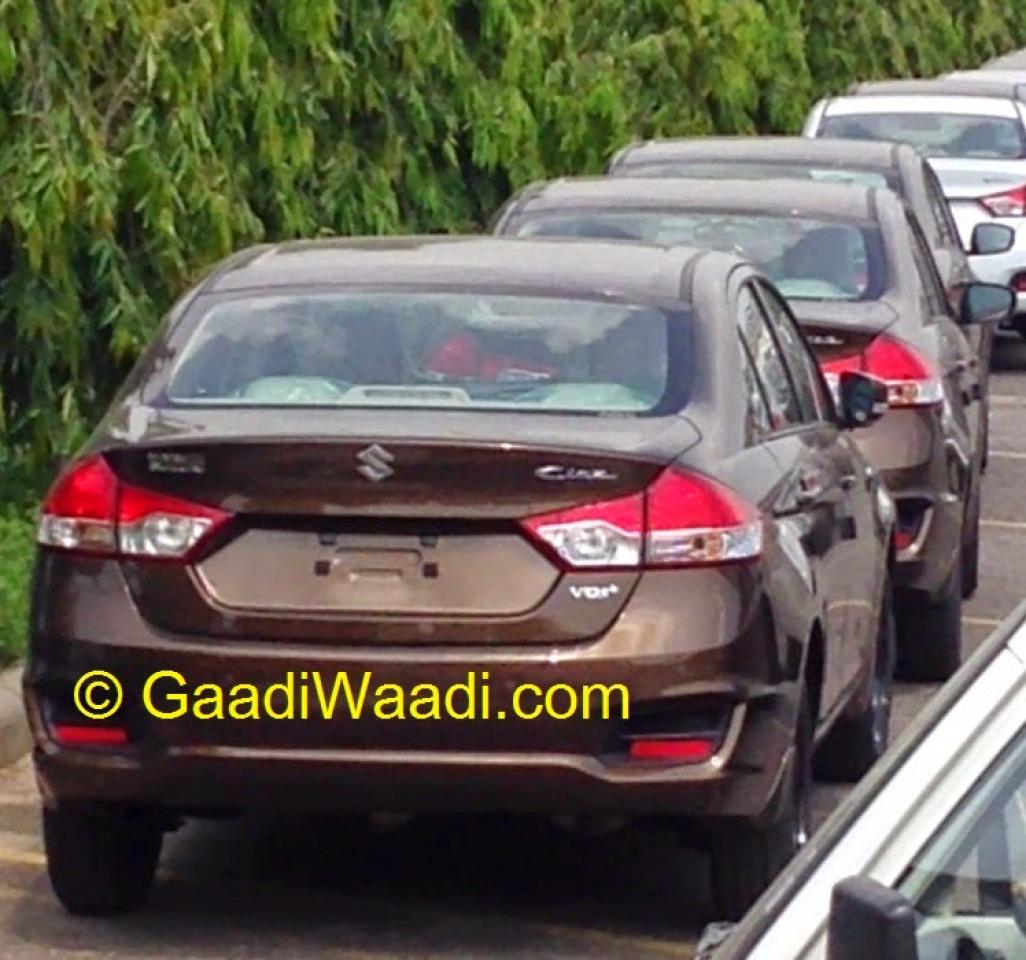 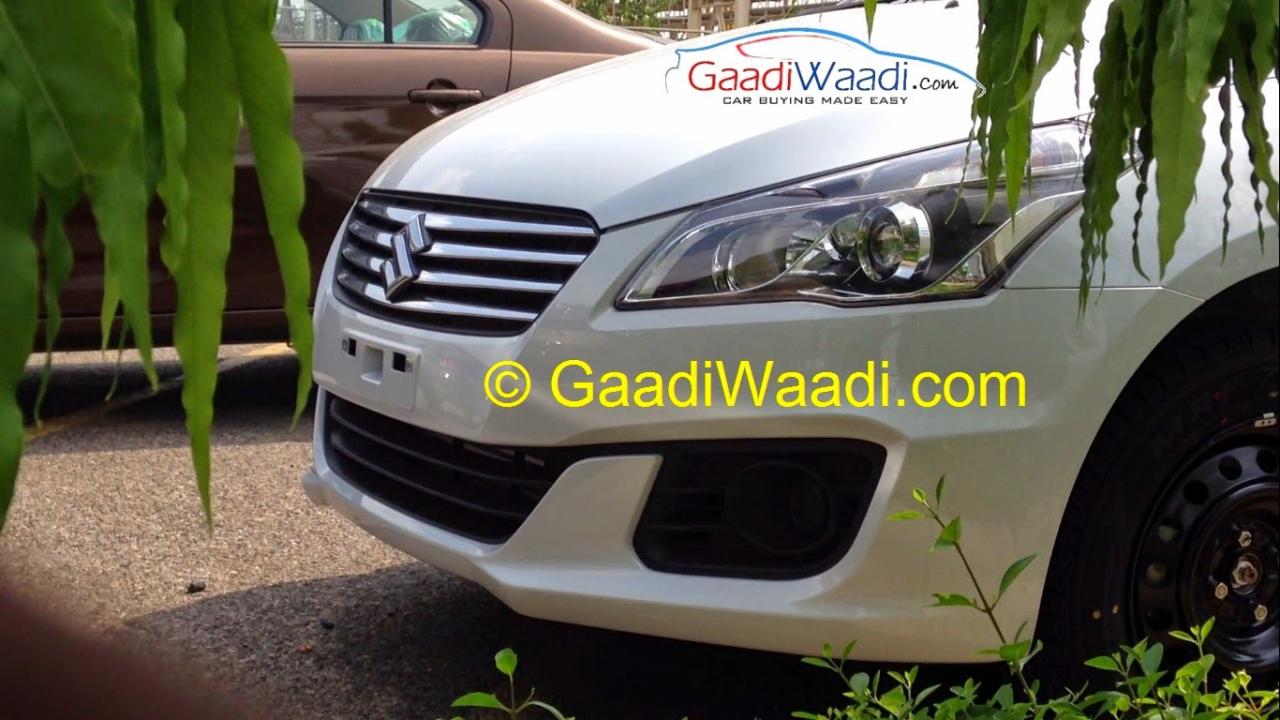