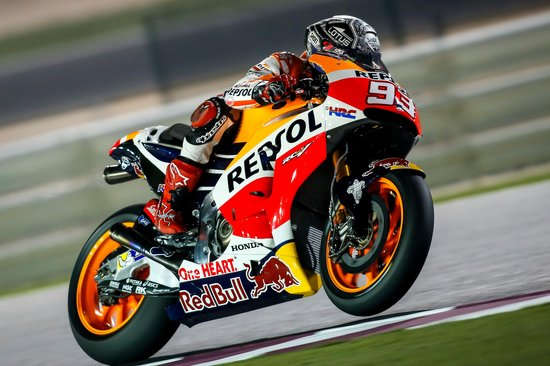 Continuing with the present team, Marc Marquez who entered the world of MotoGP through Honda Repsol team has renewed the contract for two years extending his partnership in motorcycle racing with team till 2018.

Marquez has been performing well for team since he entered in 2013 and with the present season going on, Honda Repsol, has high stakes on him. The recent round will be conducted in Catalan GP, Spain where he had been badged as the fastest rider.

Coming to home circuit in Catalan GP, Marquez feels confident for this season and currently falls in the second spot in the championship standings. However, although he took pole, he lost the race to Valentino Rossi and came second.

Ever since his debut with the team, Marquez at a very young age has overshadowed much experienced riders on track. His aggressive yet winning performances have won him appreciation from a lot of MotoGP enthusiasts.