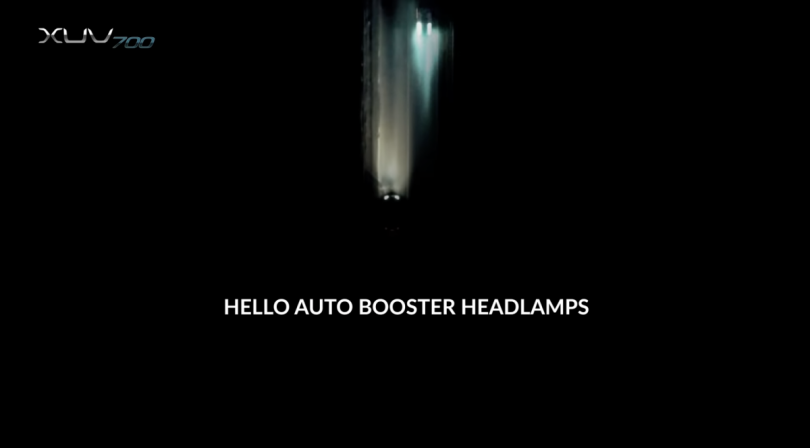 Mahindra is gearing up the XUV700 for its debut in the Indian market. The SUV comes with a plethora of segment-defining features, which we have seen in spy images that appeared on the internet in the recent past. The brand has now officially teased the XUV700 in a teaser video showcasing its latest technology.

In the latest teaser, Mahindra showcases the Auto Booster Headlamp technology. According to the video, as the SUV crosses 80 kmph of speed, extra sets of light automatically turn on, illuminating the road ahead. This new technology will help assist the driver see better and far out, helping him detect any obstacles in time as the visibility is enhanced.

According to spy pictures, the Mahindra XUV700 will come with features such as LED headlamps and LED daytime running lights. The SUV will also get LED combination taillamps. On the inside, the XUV700 is likely to come with a wide twin display similar to the Mercedes-Benz MBUX. One half of the screen will have an instruments panel, while the other half will display the infotainment. The XUV700 could also get an Advanced Driver Assistance System, including Adaptive Cruise Control and Lane Keeping Assist. The ADAS will also bring safety systems such as autonomous emergency braking, forward collision warning, parallel park assist etc.

Speculations are that the Mahindra XUV700 will come with a diesel powertrain with three states of tune. The brand is likely to offer a 180 Hp, 190 Hp and 210 Hp diesel engine, depending on the variant. In the past, speculations were that the XUV700 would use the mHawk family 2.2-litre four-cylinder turbo-diesel engine. This motor produces 130 Bhp of power and 300 Nm of torque on the Mahindra Thar. Also, a 2.0-litre turbo-petrol engine from the Thar could make it to the XUV700. The turbo-petrol motor makes 150 Hp of power and 320 Nm of torque on the 2020 Thar.