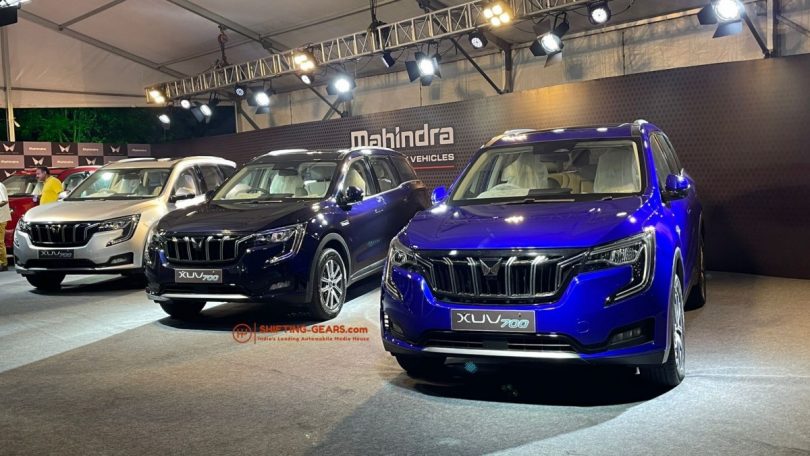 Mahindra could be working on a new electric SUV for the global market. The brand at the 2020 Auto Expo in Delhi unveiled the eKUV100 and the eXUV300. Both the electric vehicles are the electric powertrain versions of the internal combustion engine ICE counterparts. Rumours are that Mahindra is now planning to expand the line-up with a new electric XUV700. We speculate that Mahindra may christen the new Mahindra XUV700 as eXUV700.

Rumours suggest that the XUV700 will come with a potent electric powertrain, but the specification of the motor is not revealed yet. However, the powertrain will come with a 54 kWh battery pack. To put things into perspective, the most popular electric vehicle, the Tata Nexon EV, comes with a 30.2 kWh High energy density lithium-ion battery pack that returns a range of an ARAI claimed 312 km on a single charge. But the Nexon EV is a sub-4-metre SUV.

To give you a better idea, the Hyundai Kona Electric comes with a 39.2 lithium-ion polymer battery pack. The Kona Electric comes with an ARAI claimed range of 452 km on a single charge. But since the XUV700 is shy of 4.7 metres in length, we speculate that the large battery will be able to return a range of around 500 km on a single charge. Rumours also suggest that the brand already has an electric prototype ready, but the development mule is not yet roadworthy.

Reportedly, the Mahindra Electric XUV700 is likely to make its debut towards the end of this decade. The brand will retail the XUV700 electric along with its ICE counterpart. The brand will also launch the XUV900 four-door coupe SUV by 2024. Also, the eXUV300 and eKUV100, which were scheduled for launch in 2021, have been postponed to 2023. The delay is due to the COVID-19 disruption as well as the global shortage in semiconductor chips.