The love for Mahindra XUV700 is increasingly growing stronger. As per Mahindra, the SUV has now received over 1.5-lakh bookings. This milestone has come in less than a year since the bookings were opened, i.e. on October 7th 2021. Launched on August 15th, 2021, at a starting price of INR 11.99 lakh (ex-showroom), the XUV700 has been a massive hit for the carmaker. The demand has been strong for the SUV from the very first day of its launch. Moreover, with the current number of pending bookings, the waiting period is over one year. By June 2022, Mahindra has delivered close to 42,000 units of the XUV700. And as of now, close to 1 lakh customers are waiting for the delivery.

The SUV has got everything that an Indian desires from a car in 2022. Mechanically, aesthetically, and on the safety front, XUV700 scores high in all aspects. Furthermore, the XUV nameplate already had a massive fan following. The predecessor in the form of the XUV500 was a well-rounded SUV that was quite competent amongst its rivals.

Now with the XUV700, Mahindra has taken a giant leap in terms of upgrades. The heavy use of new tech and equipment is also evident in the SUV. XUV700 benefits from a slew of modern tech features that makes it one of the most advanced cars in terms of features. The ADAS features on offer are quite exciting and also work pretty good as per the Indian road conditions.

XUV700 gets two engine options, namely. First is the 2.0-litre mStallion turbo-petrol producing 197 BHP and 380 Nm. And second is the 2.2-litre mHawk diesel engine that makes 182 BHP and 420 Nm (MT) / 450 Nm (AT). Following the trend of the current market, Mahindra is offering both manual as well as automatic gearbox options. Furthermore, there’s also an option for AWD. 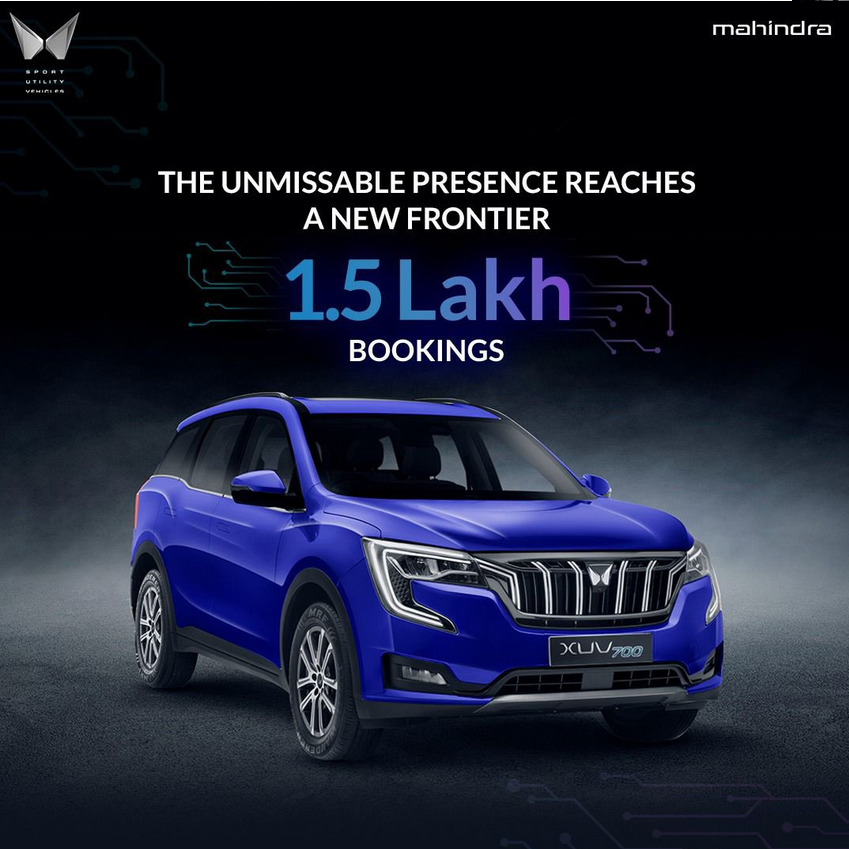