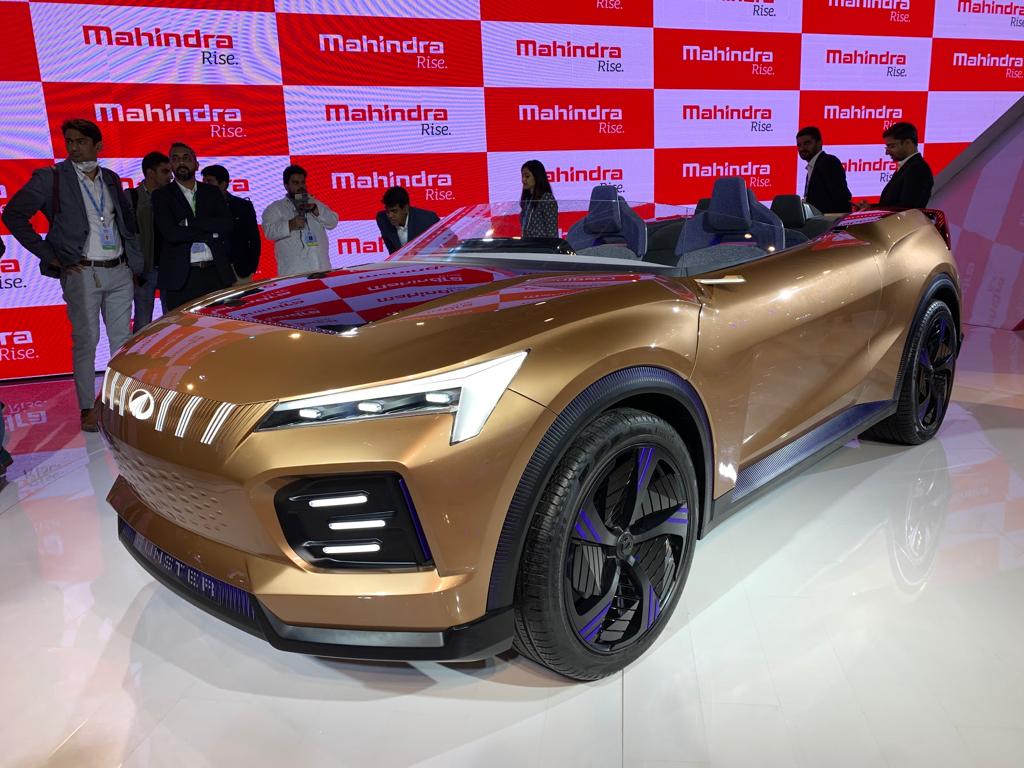 Mahindra at the 15th edition of the Auto Expo unveiled a concept electric roadster called the Mahindra Funster. At the Auto Expo 2020, Mahindra has showcased 18 vehicles at their pavilion which includes Electric Vehicles, Passenger and Commercial Vehicle including the futuristic concept vehicle the ‘Funster’.

In terms of the exterior design, the Mahindra Funster features a wide front fascia with a closed-off illuminated 7 slat signature Mahindra grille, sleek projected LED headlights, LED daytime running lights, three-light elements on the bumper flanks, an illuminated ‘Funster’ moniker on the splitter and a piano black applique on the bonnet with some aerodynamic elements. Coming to the side the Funster gets butterfly doors, black textures wheel arches, 22-inch alloy wheels with aero elements, side skirts, cameras in place of its ORVMs and muscular character lines that run along its body. Coming to its rear, the Mahindra Funster features a large end-to-end LED tail lamp, designed in such a way that it doubles as a spoiler. ‘Mahindra’ badging on the rear bumper and again ‘Funster’ on the diffuser cum skidplate.

On the inside, the roadster features a 4 seat layout, a large instrument cluster and infotainment that is combined into a seamless wide display, on the central part are various touch controls, pushbuttons and rotary switches on the central tunnel. Interestingly there are also ‘Shortcuts’ to social media applications such as Facebook, Instagram, YouTube, Whatsapp etc on a touch panel below the infotainment system.

The Mahindra Funster roadster concept is powered by a 59.2kWh battery pack coupled to two electric motors, one powering the front wheels and one powering the rear, essentially making the electric roadster concept an all-wheel-drive. Together the battery and motors can generate a power output of 313 hp and the brand claim a 0-100 kmph time of under 5 seconds with a top speed of 200 kmph. The Funster also claims a range of 520 km on a single charge.

The Mahindra Funster is likely to remain in its concept form for quite sometime before the brand even decides to make a road-spec car out of it. As of now, Mahindra seems to be concentrating its time and resources on practical electric vehicles such as the eKUV100, eXUV300 and the Atom electric quadricycle all displayed at the Auto Expo 2020. 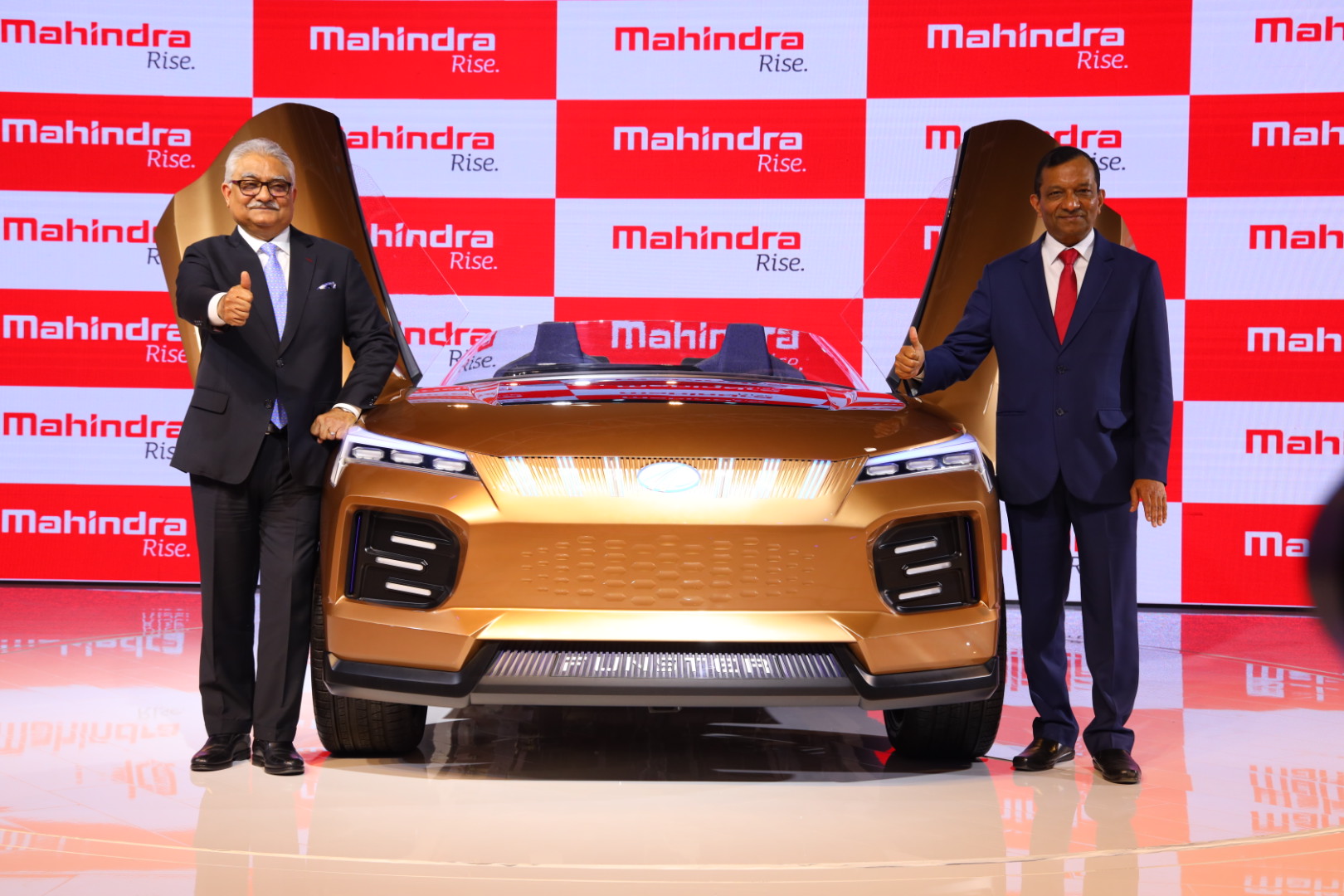 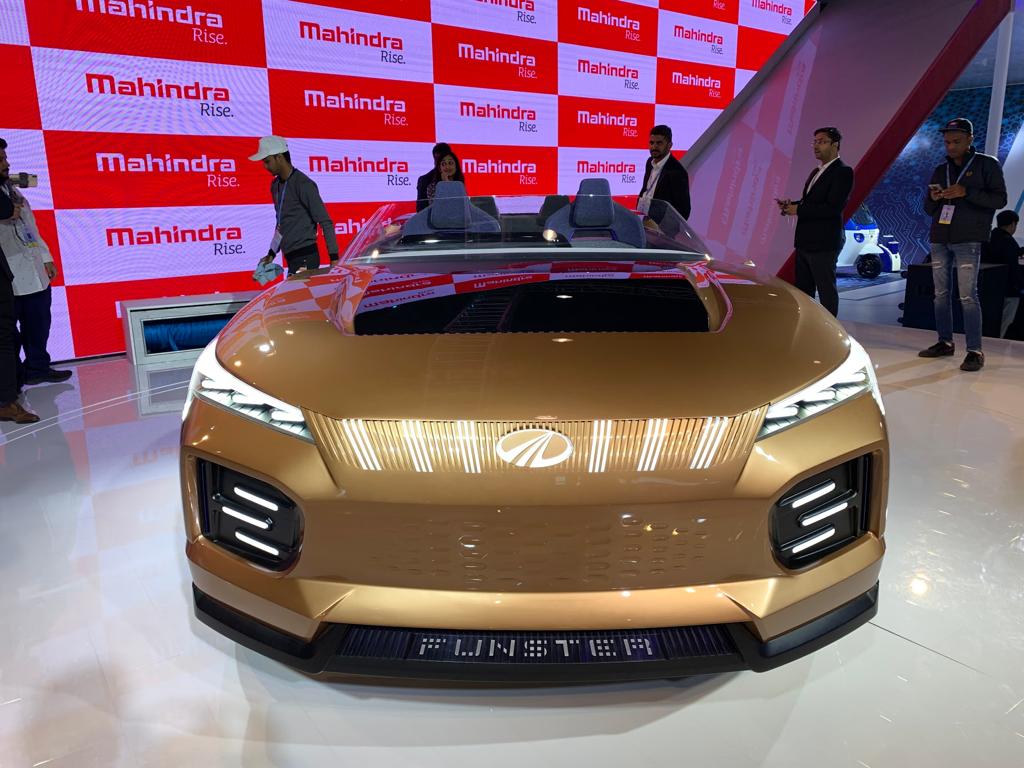 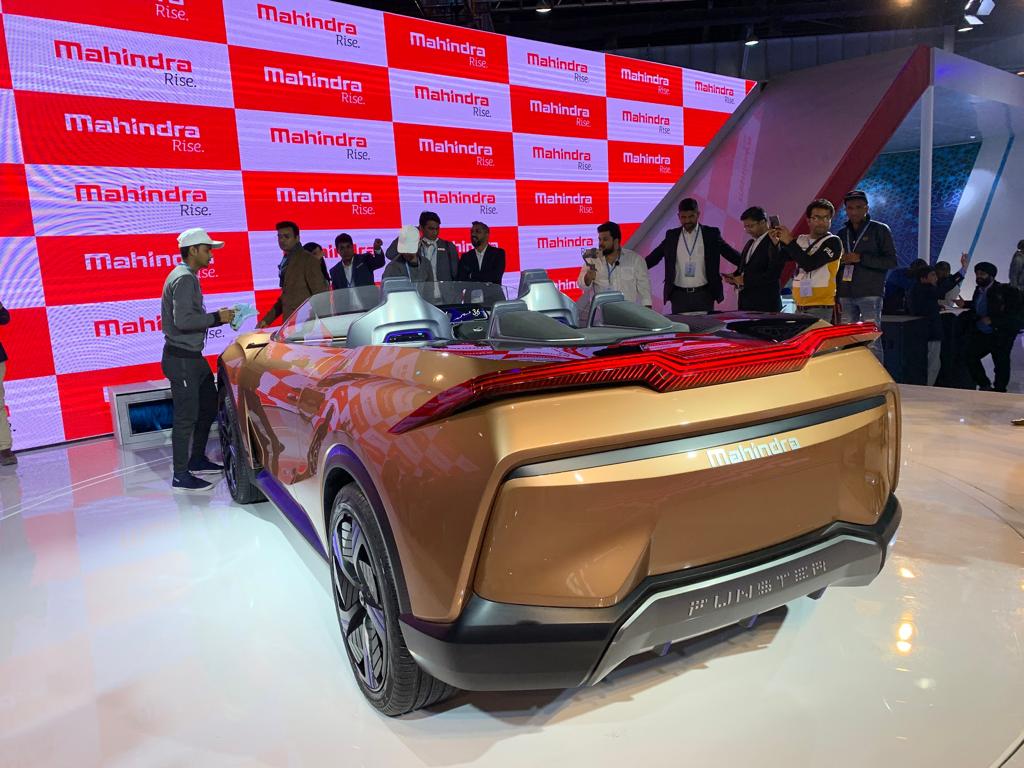 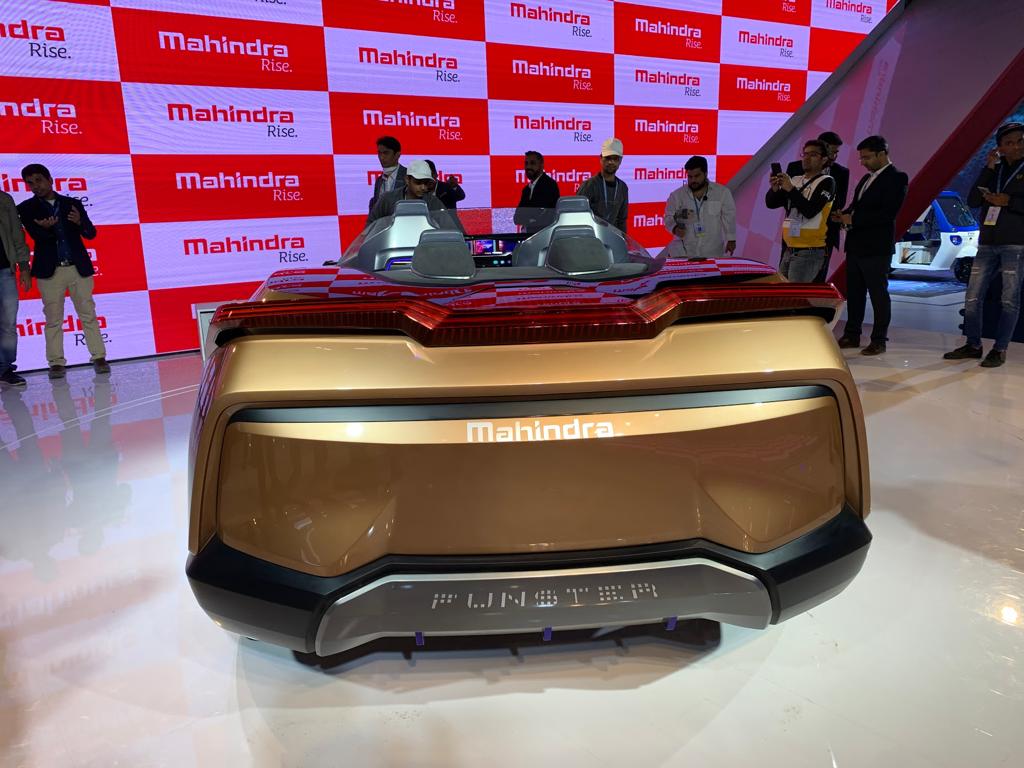 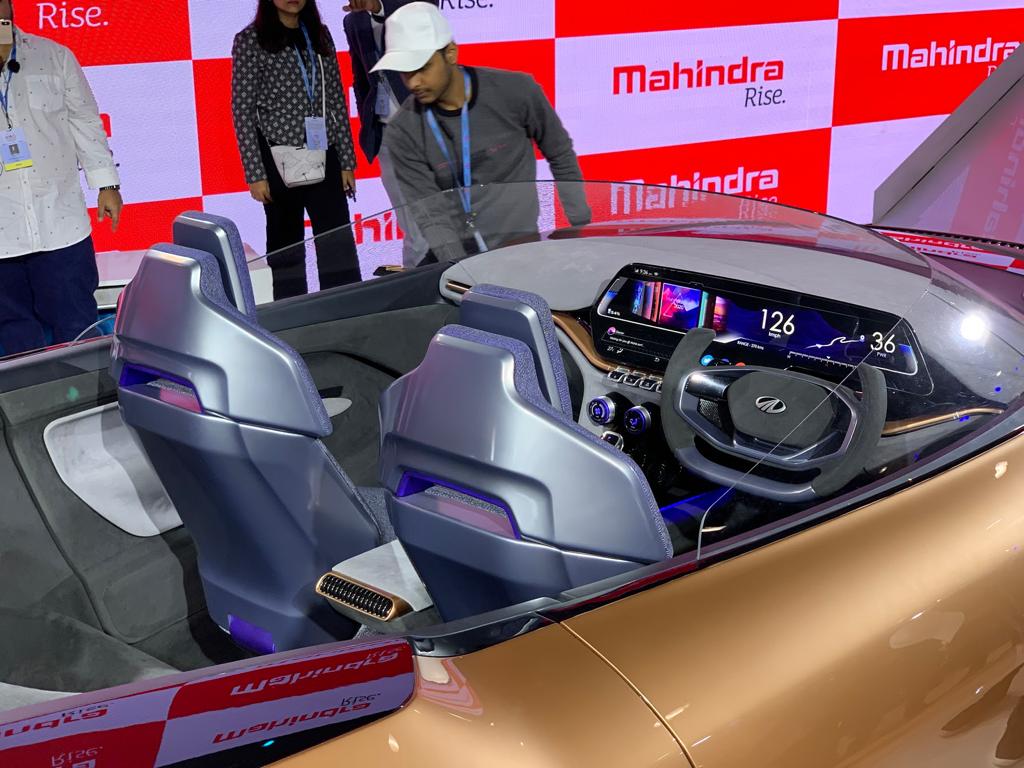 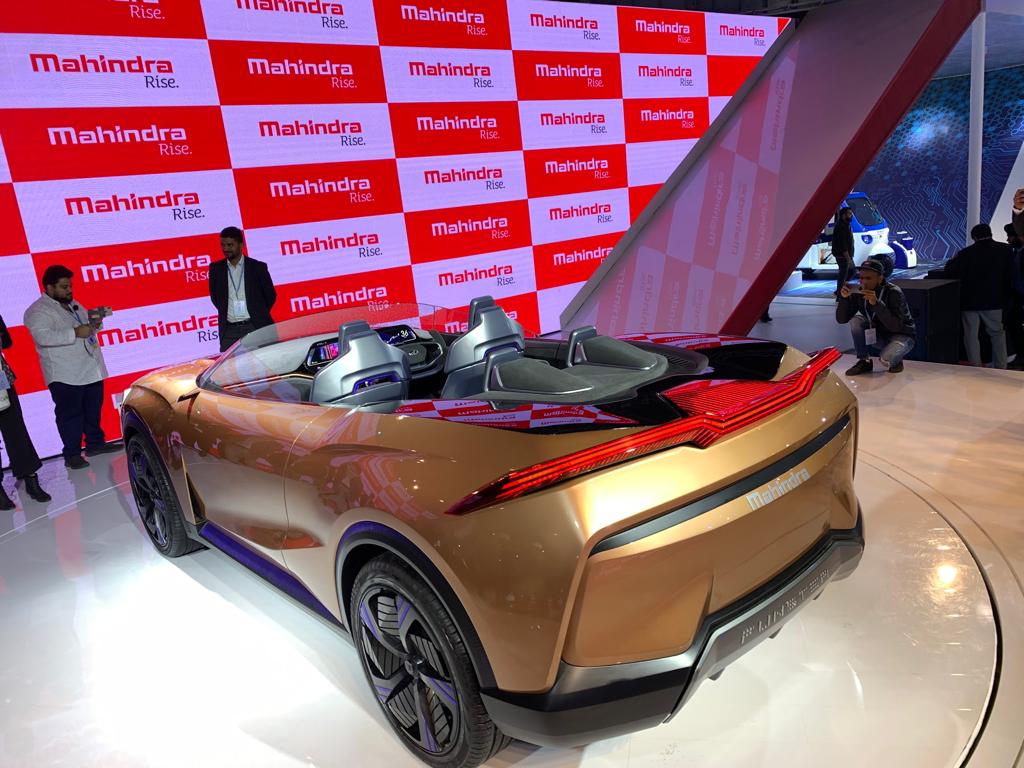 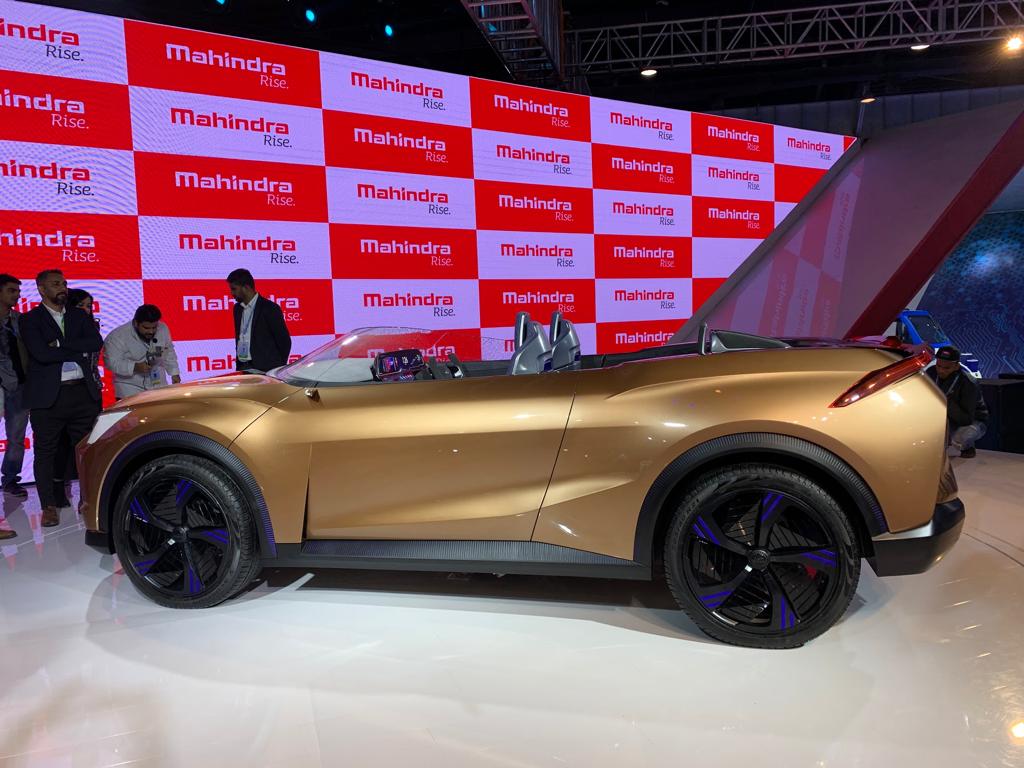