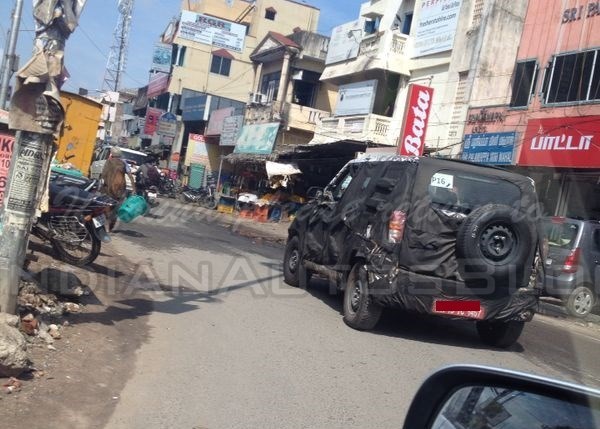 Codenamed as the U301, it will replace the current generation Bolero in 2015.

When launched next year, the Bolero will go head on against the Ford EcoSport, Nissan Terrano and Renault Duster. It will also face the upcoming competition such as the Hyundai ix25, Maruti XA Alpha etc. Reports suggest that the next-generation Bolero is built on a new ladder on frame chassis and will be available in different body lengths. Engine is expected to be a 1.5L turbocharged diesel unit and Mahindra has also revealed plans to introduce petrol models in the near future.

Engines could be all-new 1.5L or 1.6L units and could even sport an AMT gearbox. The U301 will slot above the S101 compact-SUV.

The U301 is also expected to be a sub-4 metre vehicle and Mahindra will surely price it competitively.