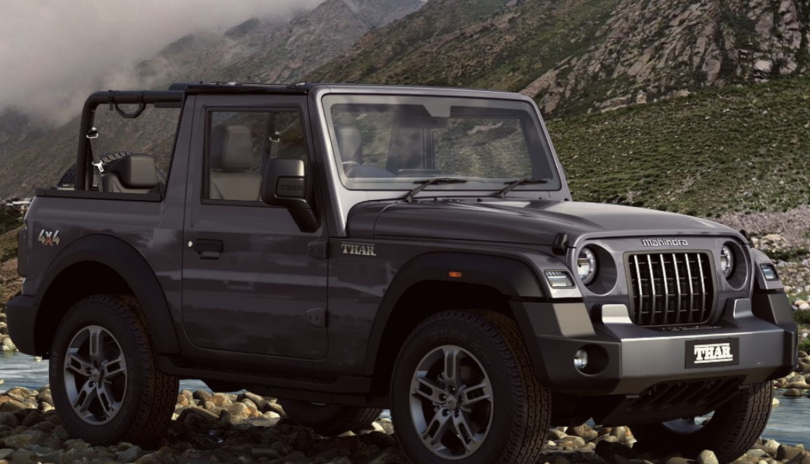 Mahindra has announced that the brand will be announcing the price and open bookings for the second-generation Thar on Mahindra’s Founder’s Day, the 2nd of October 2020. The brand already revealed the all-new Thar on the 15th of August 2020 and the much-anticipated model comes with a three-door body and four forward-facing seats. But now a media report suggests that Mahindra will be developing a new 5-door version of the new Thar.

According to reports, Mahindra has “Greenlit” the development of the five door version which is likely to have a new design and a longer wheelbase. The all-new three-door model comes with a complete redesign outside-in and has now positioned itself as a daily driver with a lot of comfort and convenience features, but the five door version could widen the appeal and attract more customers and enthusiasts. If Mahindra introduces a new five-door model Thar, it will be better equipped to compete with the next-generation Force Gurkha which is also likely to come in both three-door and five-door iterations.

The all-new Thar is powered by an all-new mStallion series 2.0-litre Turbocharged Gasoline Direct Injection four-cylinder 16-valve DOHC petrol engine that makes 150 Bhp of power and 320 Nm for AT (300 Nm for MT) of torque. Optionally, the all-new Thar also comes with a mHawk series 2.2-litre turbo-diesel engine that produces 130 Bhp of power and 300 Nm of torque. The powertrains are matched to a 6-speed manual transmission and an optional 6-speed torque converter type automatic gearbox.

By offering both petrol & diesel fuel options and a choice of both manual & automatic gearboxes along with a hard top, soft top and convertible options the brand is already offering a wide choice of options to choose from. The five-door model is likely to widen the horizon further and attract new customers looking for a five door SUV.