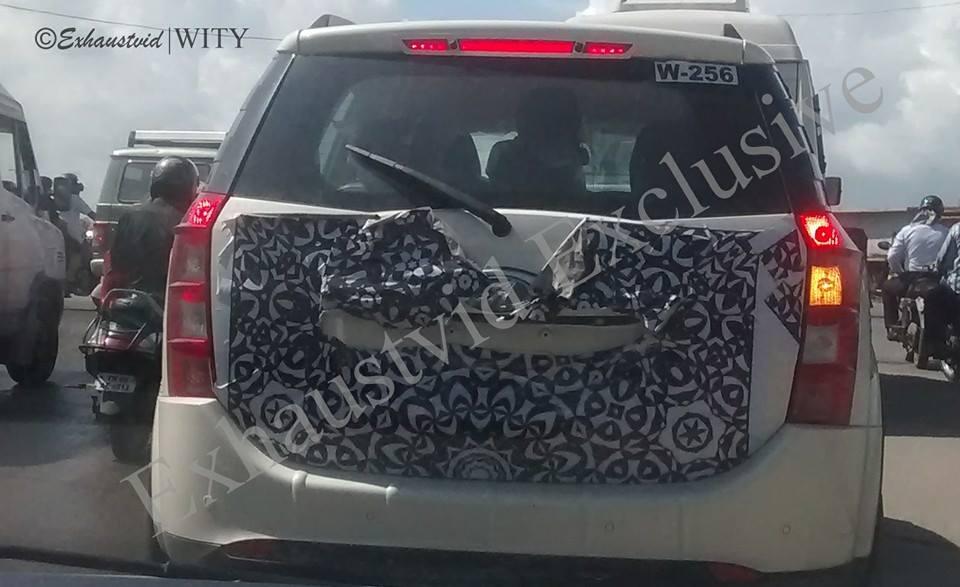 A test mule of the Mahindra XUV5OO has been spotted suggesting that the company could be working on a facelift model of their popular SUV.

Spotted in Chennai, the test mule was seen with minimum camouflage. The spotted mentions that this XUV5OO had new alloy wheel design and the dashboard was also covered. On the tailgate you can notice that the small moustache-like number plate garnish is going to be replaced by a wider unit. The front end of the SUV is also expected to be tweaked a bit.

Another bit of news which is being shared is that the car did not emit any black smoke while accelerating. Which has lead to speculations such as a petrol motor being plonked under the hood. But we will take this part with a pinch of salt. Mahindra however had announced previously that they would be keen on launching petrol hybrid models of the XUV5OO, but is the market interested in a gasoline SUV?

Ever since its launch, the XUV5OO has been a good performer and has dominated the D1 segment. Sedans in the segment saw reduced demand due to Mahindra’s XUV offering more bang for the buck.

Expect the facelift model to be revealed in a couple of months.