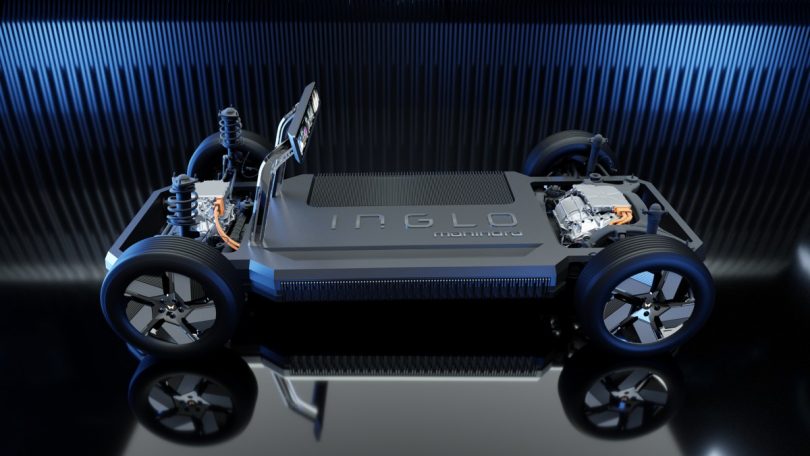 Mahindra is aiming for the top spot when it comes to ICE as well as Electric SUVs in India. The company’s recent launches, the Scorpio-N and XUV700, are very well received by the customers. So much so that the XUV700 has a waiting period of more than a year, and the Scorpio-N received over 1 lakh bookings within 30 minutes after Mahindra opened the bookings. The brand is also aiming to replicate similar success in the EV space, and Mahindra has a lot already planned for this.

The automobile manufacturer recently held a mega event in the UK where it unveiled 5 new all-electric SUVs and the new modular platform they will use. Mahindra has named it the ‘INGLO’. It is a modular electric skateboard platform that underpins Mahindra’s new XUV lineup and the BE (Born-Electric) lineup.

The two companies have announced they intend to expand their cooperation. Both companies also signed a Term Sheet at the Banbury, UK event to supply Volkswagen’s MEB electric components for Mahindra’s new purpose-built INGLO electric platform. The cooperation intends to have a volume of more than one million units over a lifetime and include the equipment of the 5 e-SUVs with MEB components. Furthermore, the two companies intend to explore further opportunities for collaboration to accelerate the electrification of the Indian automotive space.

Mahindra will use the INGLO platform to build SUVs ranging between 4,368mm and 4,735mm in length. For reference, the Scorpio-N and XUV700 measure 4,662mm and 4,695mm in length. Thus, it will have models that are shorter as well as longer than Mahindra’s current offerings. The INGLO platform will also have a flexible wheelbase. However, the amount of range will be only 13mm.

All the Mahindra electric vehicles will follow a common battery pack design. It will have lean modules, standardised cell-to-pack technology and use two different cell architectures. These cell architectures will be Blade and Prismatic. Mahindra will also use LFP chemistry for its battery cells. Though these are lower in energy density, they are much safer than NMC-based cells.

The company will offer battery capacity options ranging from 60 kWh to 80 kWh. They will also support up to 175 kW fast charging. Mahindra claims the fast charging speeds will enable it to charge from 0 to 80 per cent in less than 30 minutes. Mahindra claims that the larger 80 kWh battery will be able to deliver up to 450 km of range on a single charge as per the WLTP cycle. Helping with the range will be an intelligent electronic brake system, best-in-class recuperation potential, zero-drag wheel bearings and more.

A compact all-in-one electric engine with motor-inverter transmission integrated into a single unit will form the powertrain. The new electric SUVs will also be available with RWD or AWD drivetrains. With the RWD models, the motor will deliver between 231 PS and 286 PS of power and 560 Nm of torque. Meanwhile, the AWD models will produce between 340 PS and 394 PS of power. The brand also promises the SUVs will be able to sprint from 0 to 100 kmph in between 5 and 6 seconds.

Mahindra claims the electric SUVs’ best-in-class semi-active suspension will offer better ride comfort as well as enhanced handling. Also, with the active dampers, choosing different drive modes will affect the suspension’s response and feel. Meanwhile, they will use a dual-pinion high-power steering system to ensure feather-light steering efforts, precise control and excellent returnability. The brake-by-wire system also enables the brand to offer multiple brake modes depending on the drive modes. As for the suspension, they will use McPherson struts at the front and a five-link set-up at the rear.

According to Mahindra, the new SUVs that will use the INGLO platform will also score high points in various NCAP programmes. These will include EuroNCAP, GNCAP as well as BNCAP. All the models will come with a structural cage around the passenger cabin to reduce passenger injury. The frontal Body-In-White design will offer three load paths which Mahindra will form using ultra-high-strength boron. In addition, Mahindra says with its 5 radars-1 vision ADAS architecture, INGLO is futureproofed for all Level 2 of ADAS capabilities.

The company has not revealed many details about its features. However, we do know it will offer Vehicle-to-load (V2L), slim cockpits and a flat floor. In addition, there will also be a front trunk or frunk and rear storage available. The V2L feature will let the electric SUVs power external electric appliances such as camping lights, your phone, laptop and more.

INGLO platform also boasts of a complex neural network of built-in intelligence which performs millions of reactions and decisions per second. The INGLO also leverages the cloud seamlessly with an embedded 5G network capability. This also enables both software and firmware OTA updates. Few models will also get a triple screen set-up with three 1920 x 720p HD 12.3-inch displays. 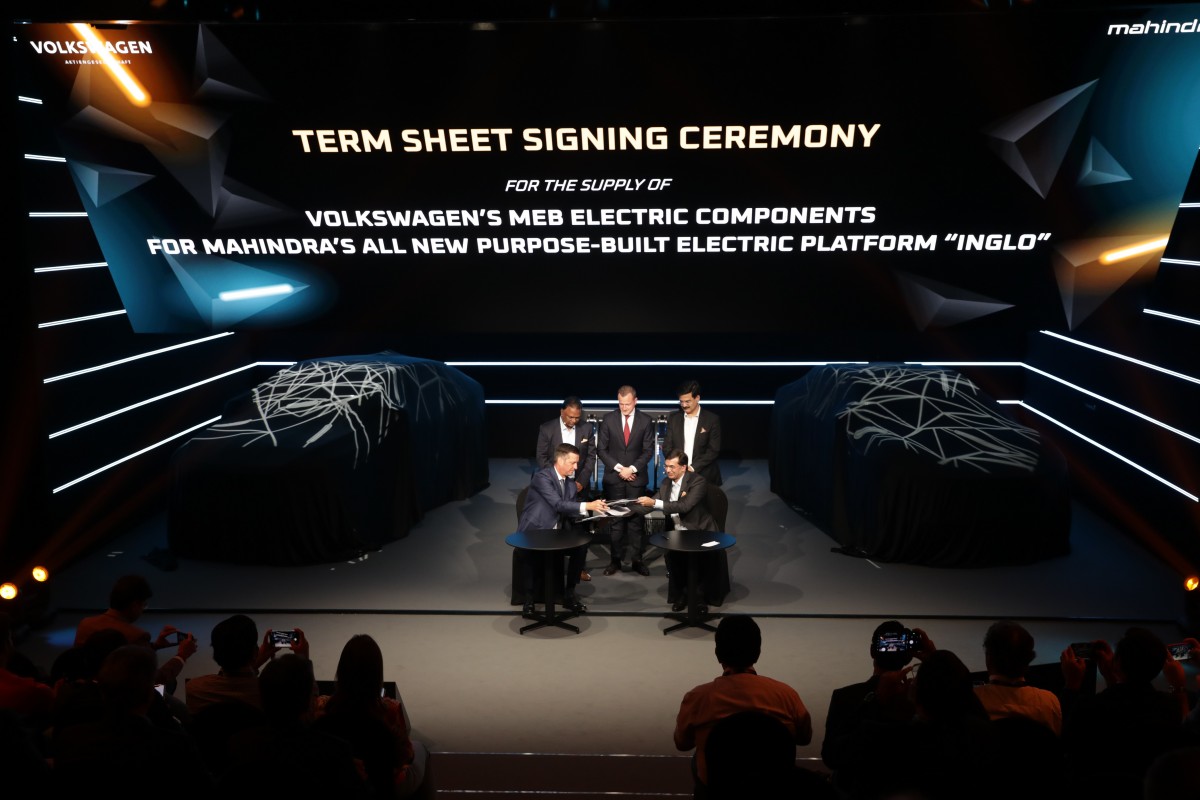 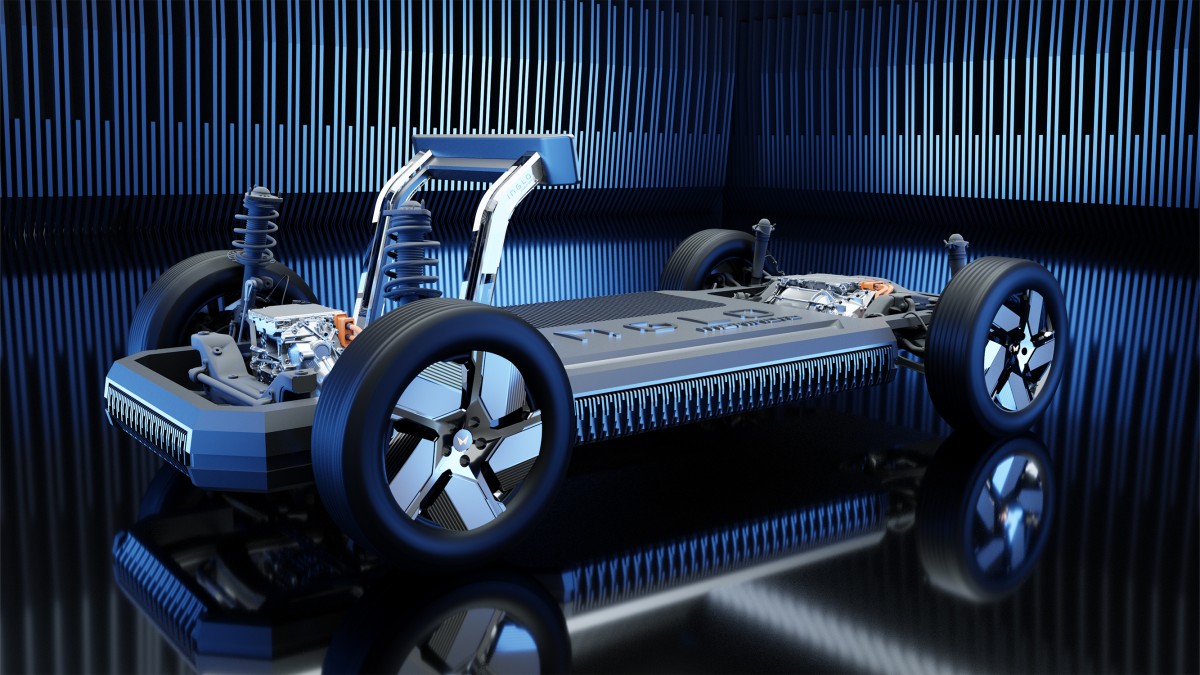 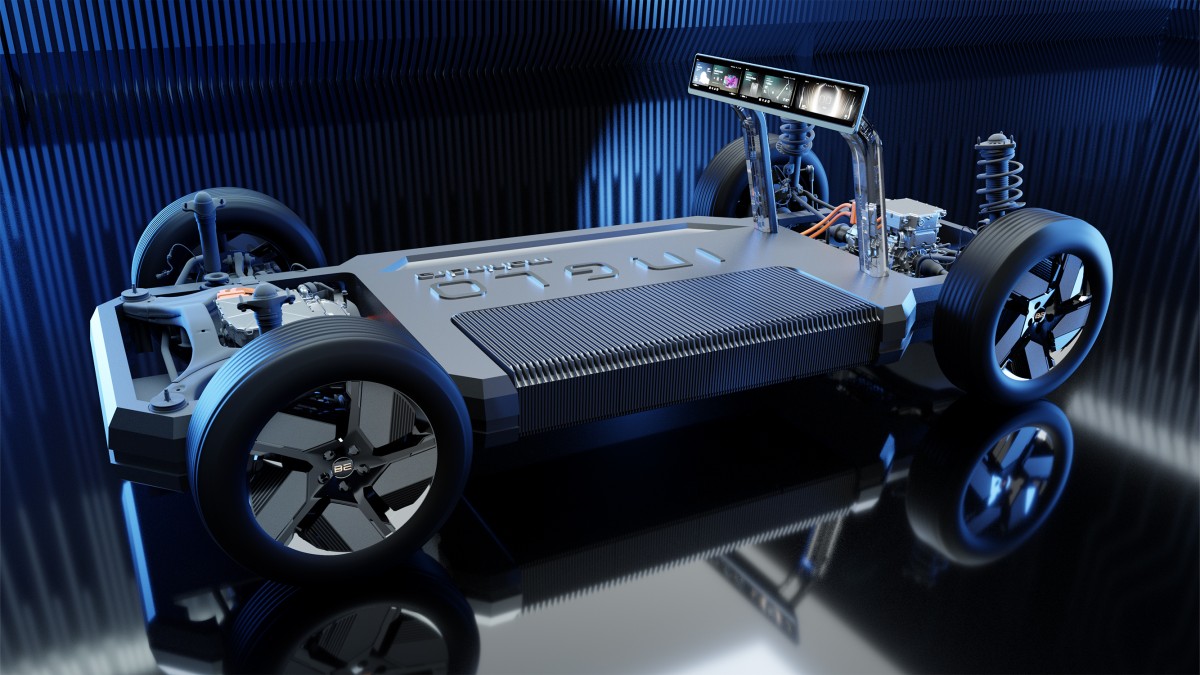 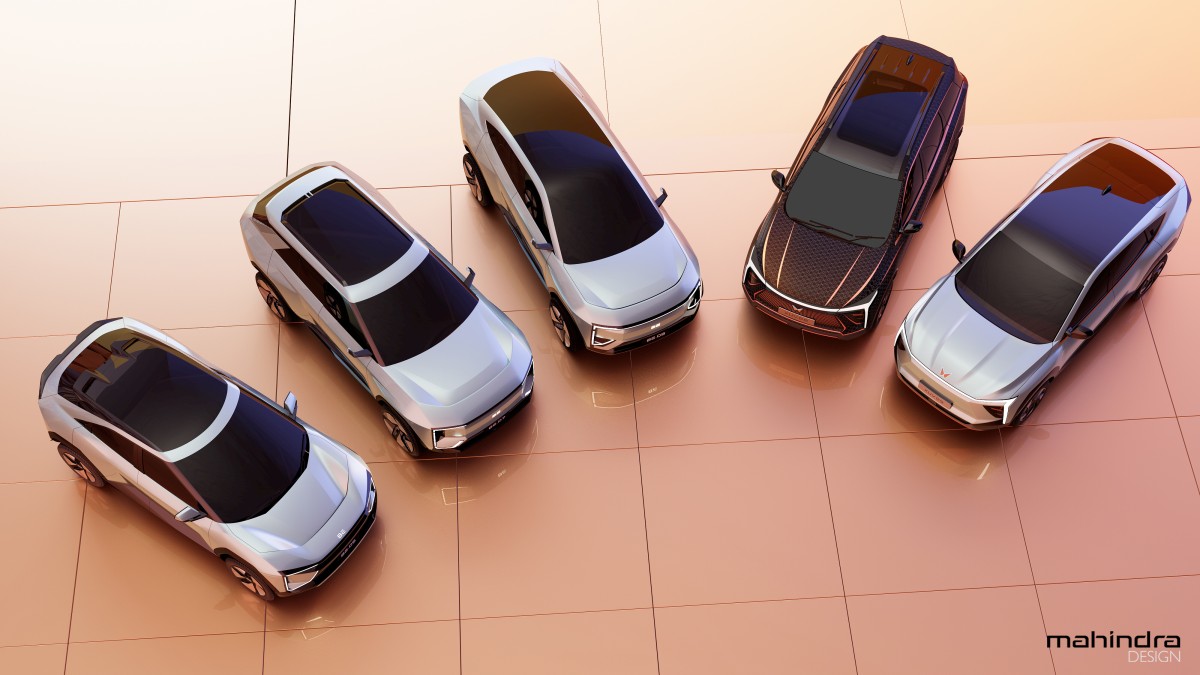 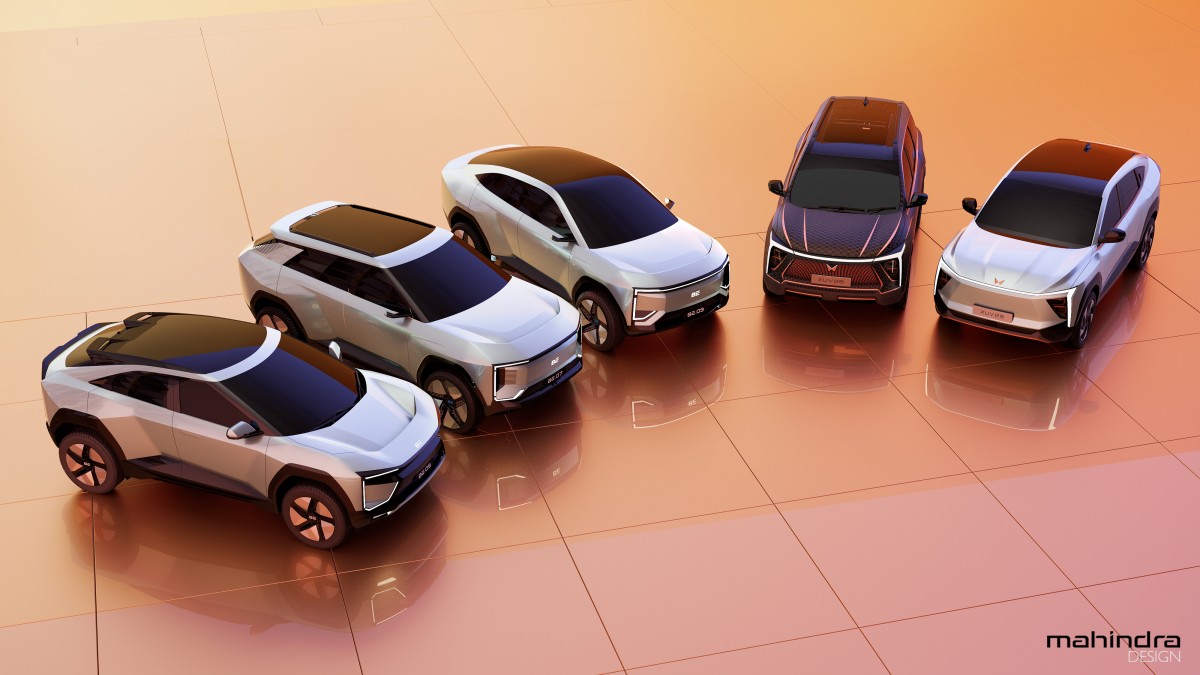 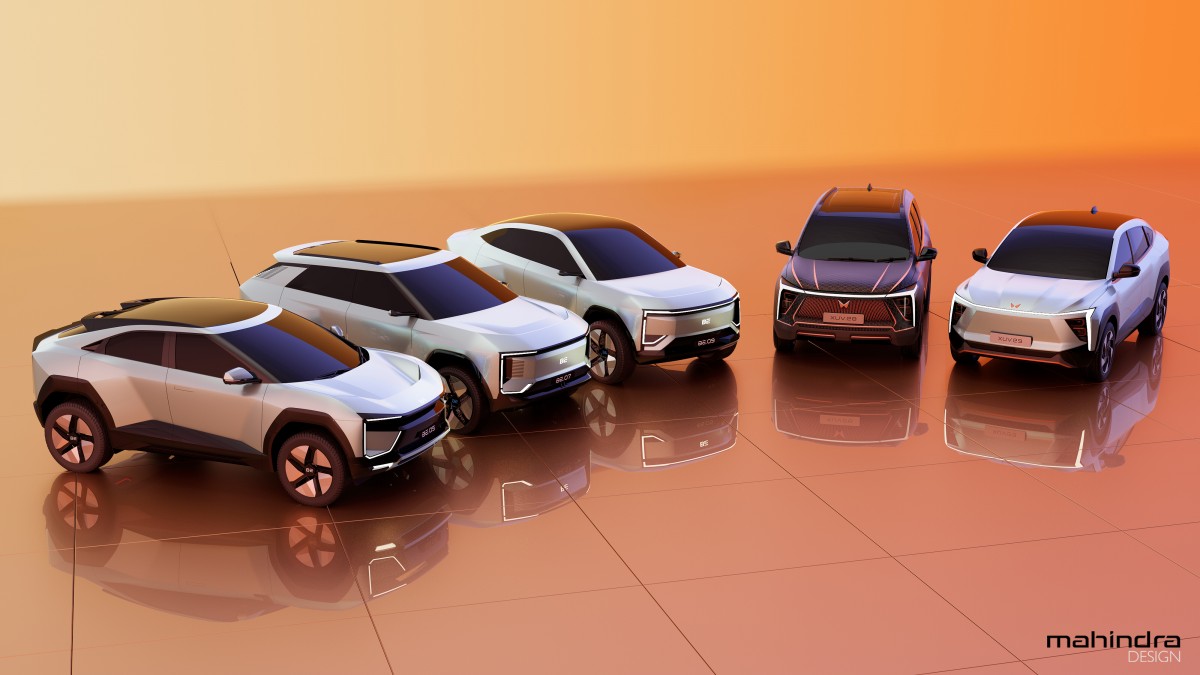 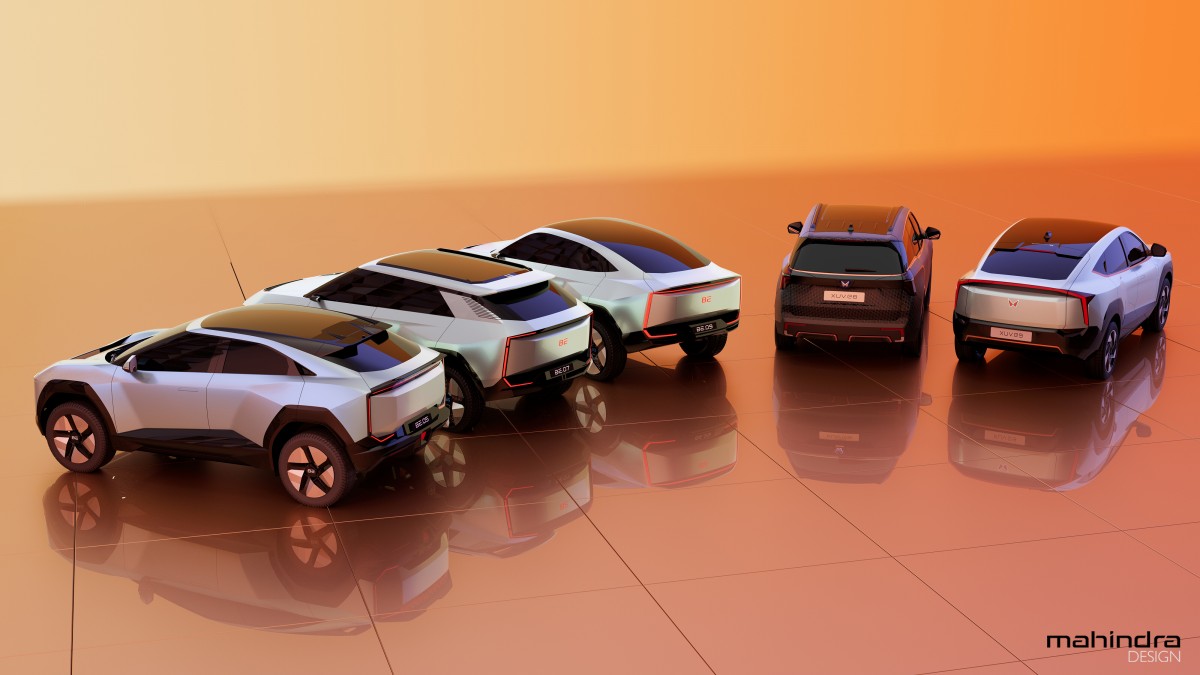