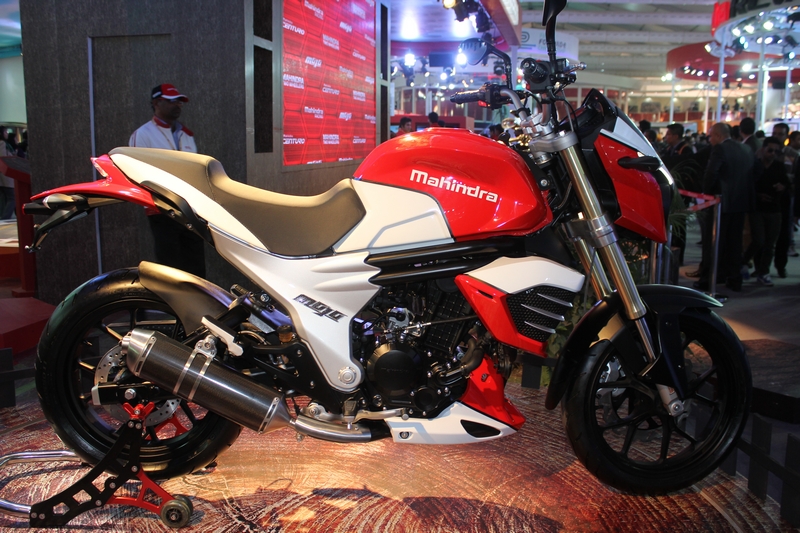 Mahindra Two Wheelers is gearing up for the festive season, and has recently previewed the 300cc Mojo motorcycle to the dealers. With the bikes market launch being delayed for quite a few years, this dealer preview does suggest that the launch is just around the corner.

At the Auto Expo 2014, Mahindra revealed an updated version of the Mojo with revised styling. The bike gets dual round headlamps at the font with a small fairing, along with LED DRL strips over the headlamp. The twin tubular frame under the tank is still painted in gold; however, it was also seen in black in a red and black edition showcased at the Auto Expo (also seen at the dealer preview). Instrument cluster gets a digital speedometer with an analogue tachometer and a shift light. LED tail lamps, upside-down front forks, floating cowl on the side, under-belly cowl, monoshock rear suspension, fat rear tyre section and dual exhausts will make it to the production variant. The bike features step up seats, but is in one piece, and not split for the rider and the pillion. It also gets petal disc brakes at the front and rear.

The Mojo is expected to be priced around Rs. 2 lakh, and will pick the fight against the Honda CBR 250R, KTM Duke 390 and other bikes slated for launch by the festive season.

It has been a long time since the Mojo was first revealed for the Indian customers. Are the interest levels still high? 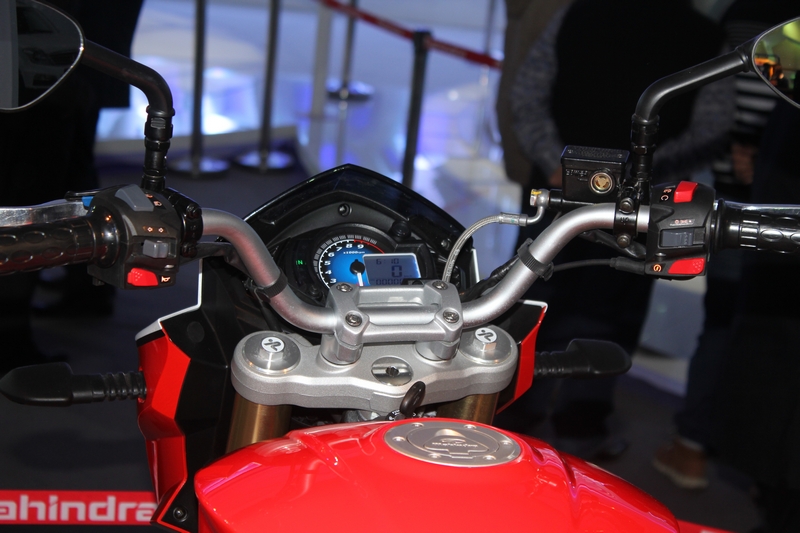 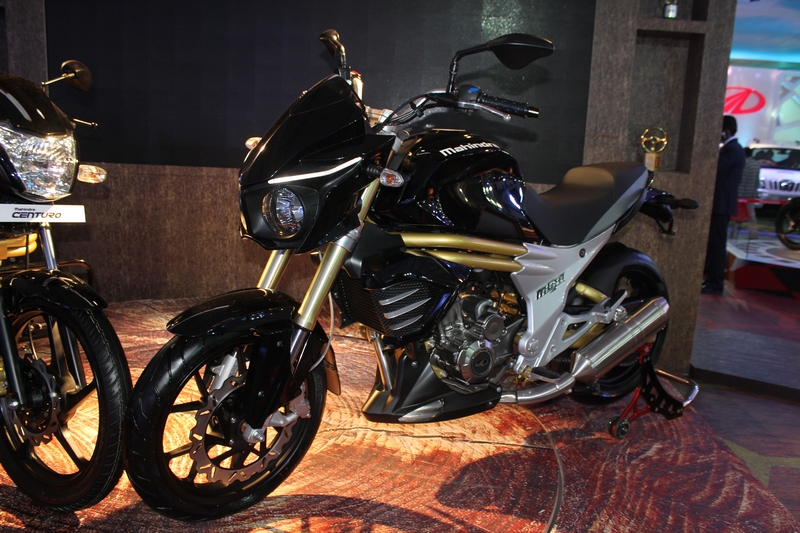 Mahindra Mojo in black, at the 2014 Auto Expo 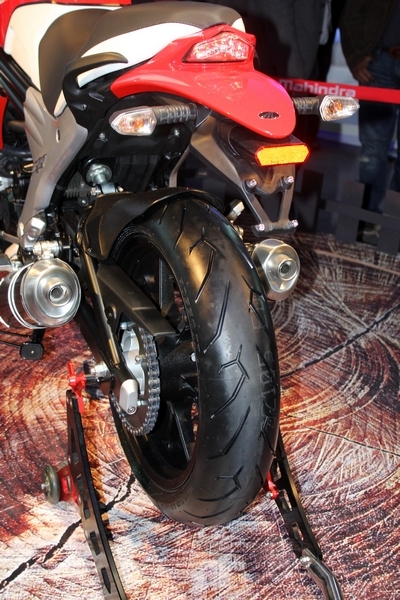