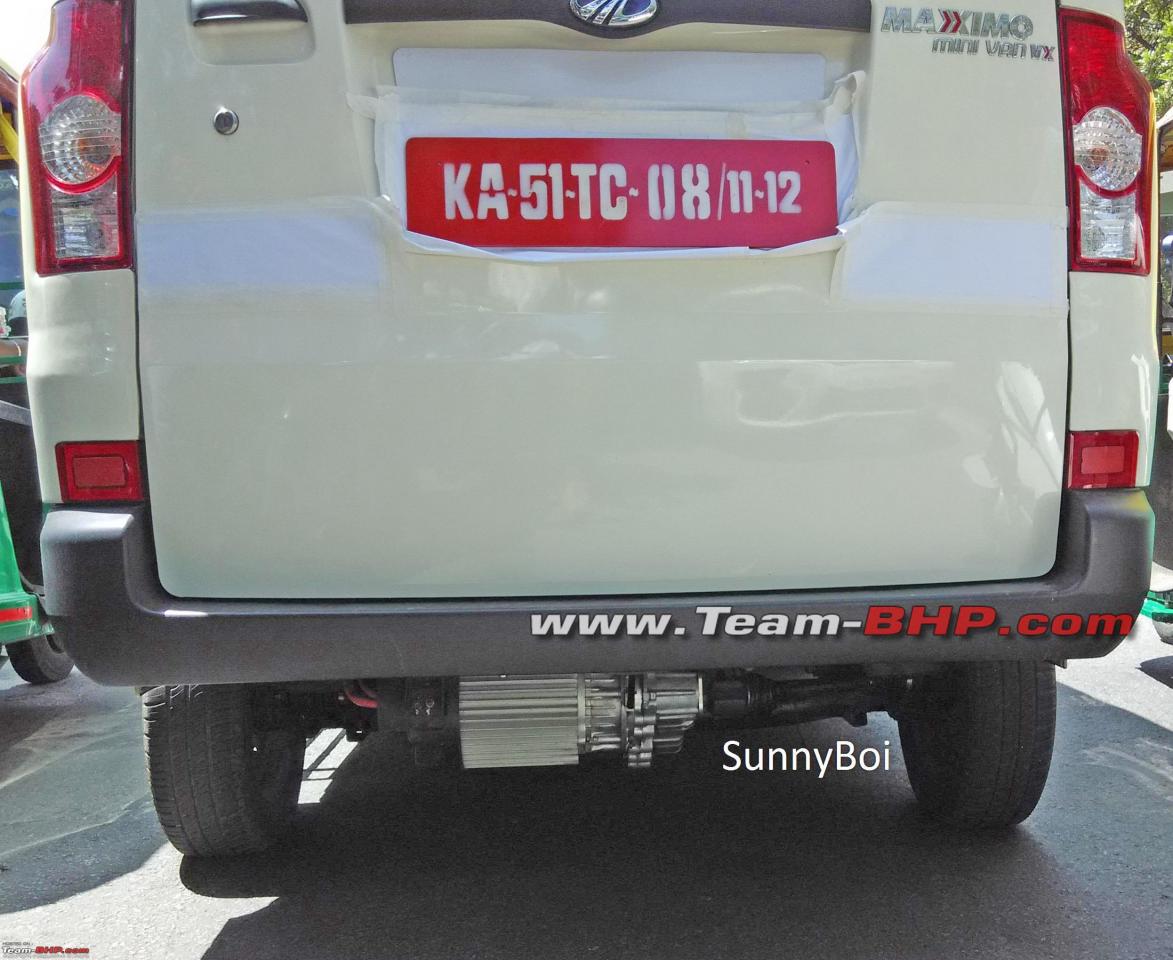 Mahindra is betting big on hybrid and electric vehicles. Even though they have received less than satisfactory response with the E2O, the company is still trying to test the electric / hybrid motor compatibility across segments.

Now, a Mahindra Maxximo minivan has been spotted in Bangalore which is most probably an electric version. In the image, one can see the electric motor mounted next to the rear axle of the minivan. It will also get a Mahindra Reva Quick Charge port next to the left tail lamp and a conventionally placed fuel lid as well. Another addition to this Maxximo variant will be the roof covered entirely with solar panels. It was also reported that the vehicle made no noise when it started moving, which is typical of electric vehicles.

Cost is an important aspect when someone buys a commercial vehicle of this category. Adding solar panels on the roof is going to sky rocket the price compared to the regular version. However, the subsidies provided by the government might be of some relief. If this does make it to the production line, it will be interesting to see how Mahindra will price it. Additionally, the company has also shown interest on launching an electric Verito sedan.