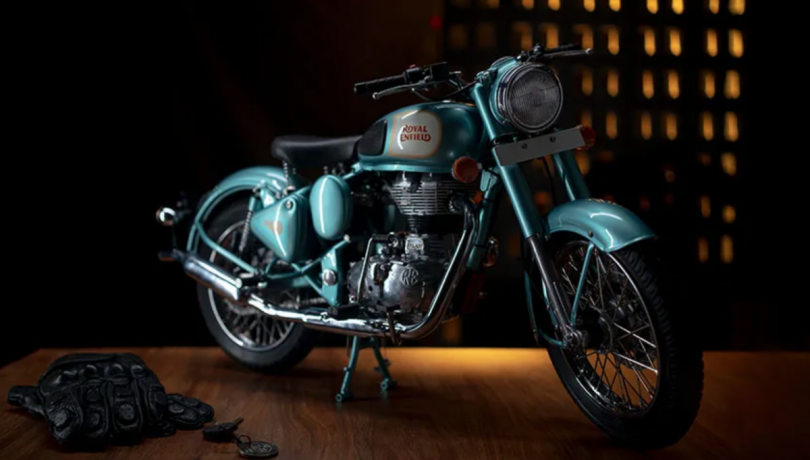 At the 2022 Rider Mania, Royal Enfield had launched the Classic Collectible, a miniature version of its iconic model – the Classic 500. Now, it is reported that the 1:3 sized model has been sold out, thanks to the overwhelming response. The model was also made available on the Royal Enfield Apparel website and was available in 8 different colours.

The miniature measures 2.5 ft long, 1.25 ft wide and 0.85 ft tall. It weighs around 8.5 kg. The miniature Class 500 features moving parts such as a moving throttle, a moving clutch unit, adjustable suspension, an adjustable chain and a micro key, amongst others. The hand-made collectible is made with pride, passion & perfection, ensuring that all the parts are identical to the actual motorcycle.

Royal Enfield’s legacy of handcrafted craftsmanship is maintained in this 1:3 scale model. This was a once-in-a-lifetime opportunity for a true Royal Enfield rider to showcase their love for the brand.

Over 250 individual parts have been used to make this miniature. Royal Enfield engineers have paid a lot of attention to detail. The fuel tank, body panels, etc., have received the same surface treatment as the actual motorcycle.

The scale model was offered in a choice of eighteen colours. Eight of these colours were available exclusively at Rider Mania. Some of these colours include Redditch Red, Teal Green, Chrome Black, Gun Grey, Maroon Chrome, Battle Green, Desert Storm and Jet Black.

Mr Puneet Sood, Global Head Apparel Business at Royal Enfield, said that they are thrilled with the love that the brand has received, especially for the classic collectible. Hence, the company plans to reopen bookings for the same in the near future.

The Classic has been a popular choice in the middleweight motorcycle segment. Not just in India but also globally, the bike has created a fan following for itself. In 12 years, over 3 million units of the bike have made their way to happy customers across the globe. 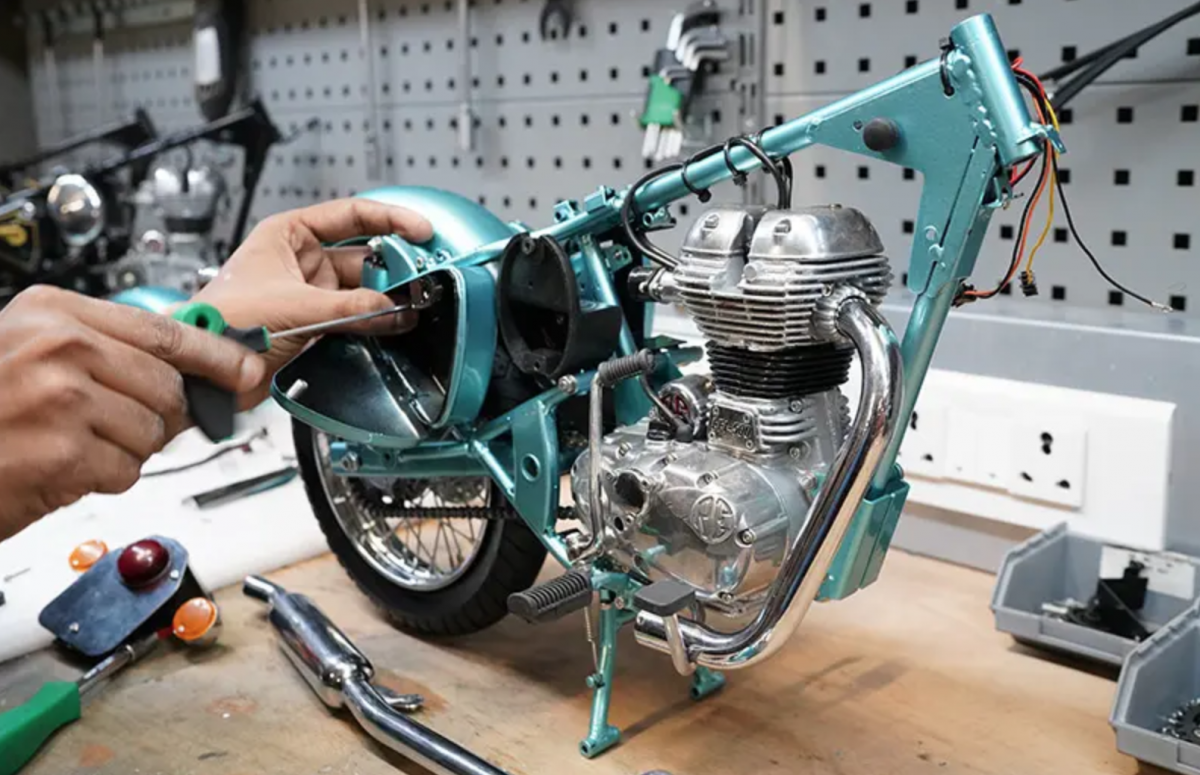