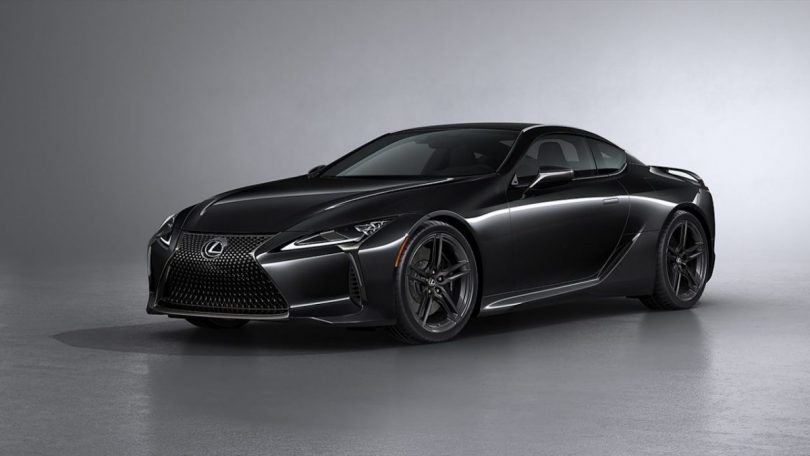 Lexus has launched the limited-edition Lexus LC 500h Sports Coupe in the Indian market priced at INR 2.15 Crore ex-showroom. The Lexus LC 500h Limited Edition draws its inspiration from the air-racing aerodynamic technologies as well as birds and aeroplanes and the brand has focused on aerodynamics for the limited edition model. The LC 500h comes with a refined aerodynamic performance that extols the driving pleasure of driving the special edition Sports Coupe.

The Lexus LC 500h Limited Edition Sports Coupe is the result of the collaboration between Lexus engineers and air race pilot Yoshihide
Muroya. The Lexus team worked to enhance Yoshihide Muroya’s aircraft by improving its efficiencies refining the grip design of the control column and maximising its aerodynamic efficiency using the test data available to Lexus engineers from the Lexus Automobiles. This led Muroya to the winning of the 2017 Red Bull Air Race World Championships.

The LC 500h Sports Coupe uses a preconceived concept of turning the aircraft wing upside down to improve the downforce and engineers who built the Lexus LFA supercar took the same approach by taking an aeroplane wing and flipping it upside down enhance the manoeuvrability and efficiency at the wingtips. The engineers at Lexus used a rear wing made out of carbon-fibre reinforced plastic (CFRP) the improves the LC 500h’s steering responsiveness and adds to the inherent stability of the Sports Coupe.

The Lexus LC 500h comes with a sharp and aerodynamic front end design with an imposing spindle grille, triangular headlamps, aeroducts that improve the vehicles thermodynamic efficiency as well as aerodynamic efficiency, a long bonnet with raised ridges, flared rounded wheel arches, 21-inch forged wheels with an aggressive design that exclusive to the LC Limited Edition and aids in lowering the drag co-efficient as well as adding to the rigidity, wraparound taillamps. The interiors of the Sporty Coupe come with Black Alcantara trimmed seats with Saddle Tan accents, Black Alcantara trim on the steering wheel, shift lever and door trims and an exclusive carbon-fibre scuff plate.

Powering the Lexus LC 500h is a 5.0-litre naturally-aspirated V8 engine that produces 471 hp of power and 539 Nm of torque capable of delivering a 0-to-60 mph time of 4.4 seconds. The LC 500h comes with a 10-speed automatic Direct-Shift transmission.