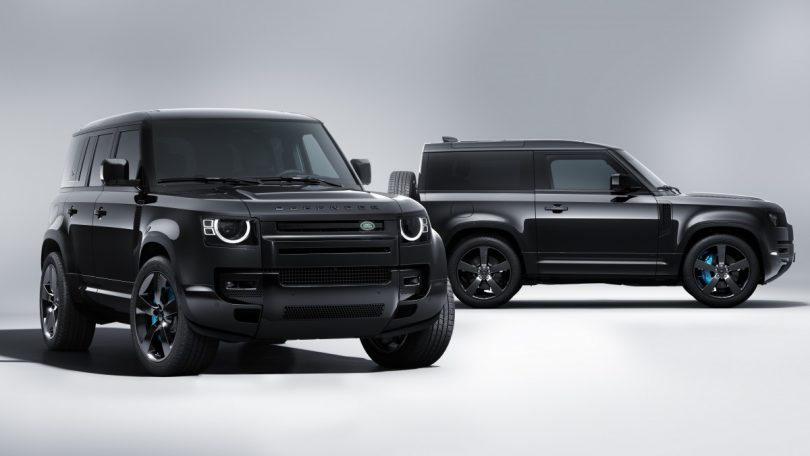 Land Rover launches a special edition of the Defender, as shown in the movie ‘No Time To Die.’ This proves the brand’s strong relationship with the James Bond franchise. The new model will make its mark in both 90 and 110 body designs of the Defender. Crafted by Land Rover’s SV Bespoke team, this Land Rover Defender V8 Bond Edition celebrates the 25th James Bond film, No Time To Die, which will premiere on 30 September 2021. Land Rover confirmed that only 300 of these would make it to the roads. Customers will indeed find this special edition quite attractive, given that the James Bond name is attached to it.

What Makes This James Bond Special Edition Stand Out?

This special edition of the Defender draws inspiration from the specification of the Defenders that appear in the movie ‘No Time To Die.’ The 22-inch Luna Gloss Black alloy wheels, with signature Xenon Blue Front brake callipers, add excitement to the SUV. The unique ‘Defender 007’ treadplates enhance the overall feel of this edition. The touchscreen also shows a ‘Defender 007’ animation on startup. One exciting feature is the unique ‘007’ puddle lamp graphics that are visible at night.

There’s also a laser etching detailing that reads ‘one of 300’, thus proving its exclusiveness. Apart from Defender, A Range Rover Classic, two Range Rover Sport SVRs, and Land Rover Series III will also feature in the film. Vehicle personalisation experts at SV Bespoke in the UK commission each of the vehicles.

There’s so no much upgrade in this department, and this special edition is exactly the same as its stock counterpart. The SUV gets a 5.0-litre supercharged petrol engine that makes 625 Nm of torque and 525 PS of power. Matched to an eight-speed automatic transmission, the Defender V8 90 does a 0 to 100 kmph run in 5.2 seconds. The maximum speed tops out at 240 kmph. Land Rover has equipped the Defender with uniquely tuned suspension and transmission, bespoke springs, and a new Electronic Active Rear Differential. This improves the agility and handling of the SUV. 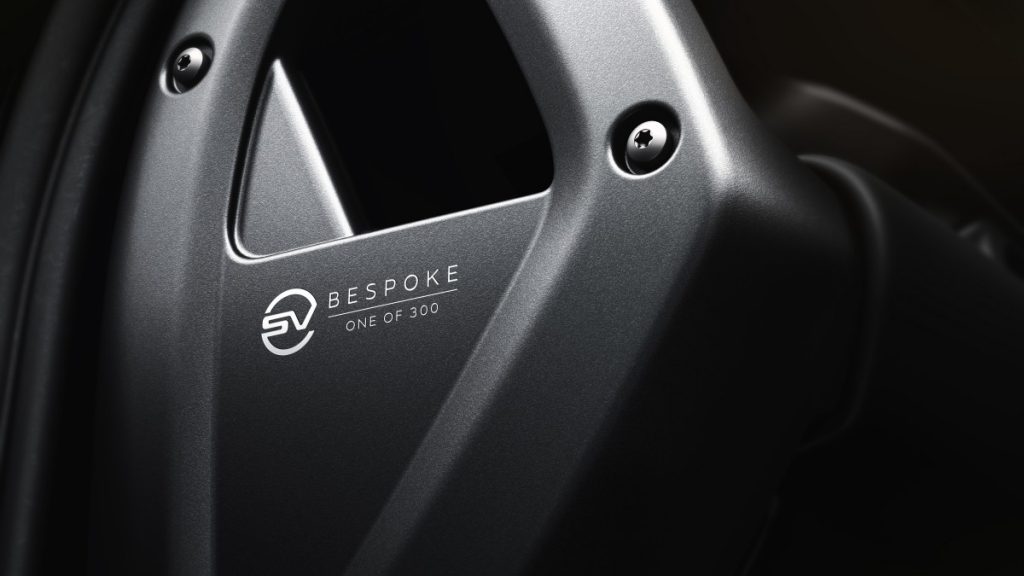 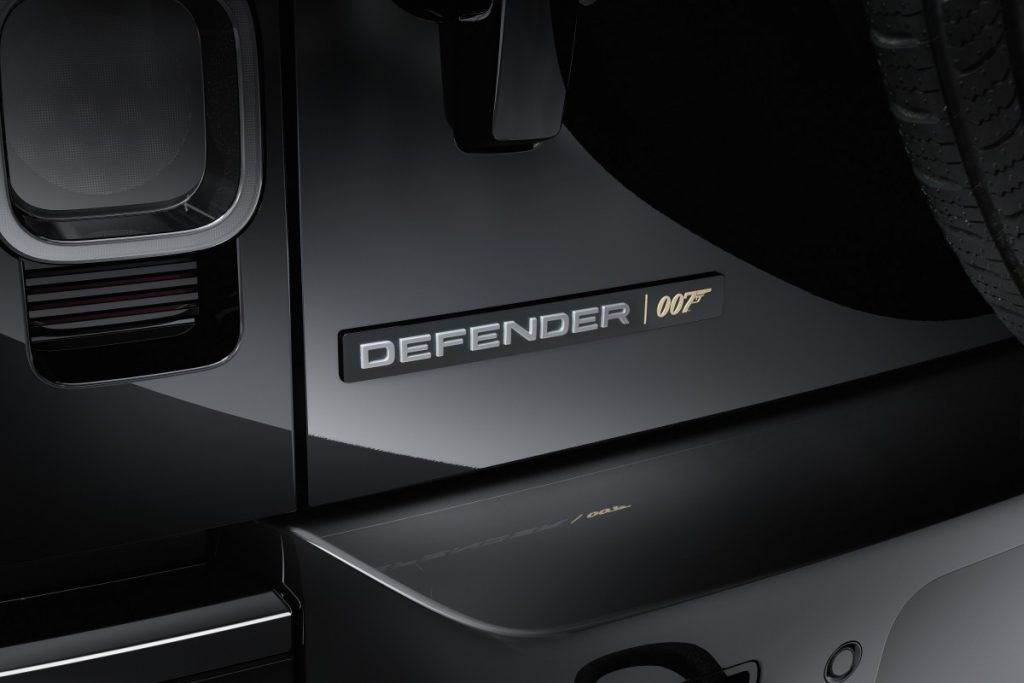 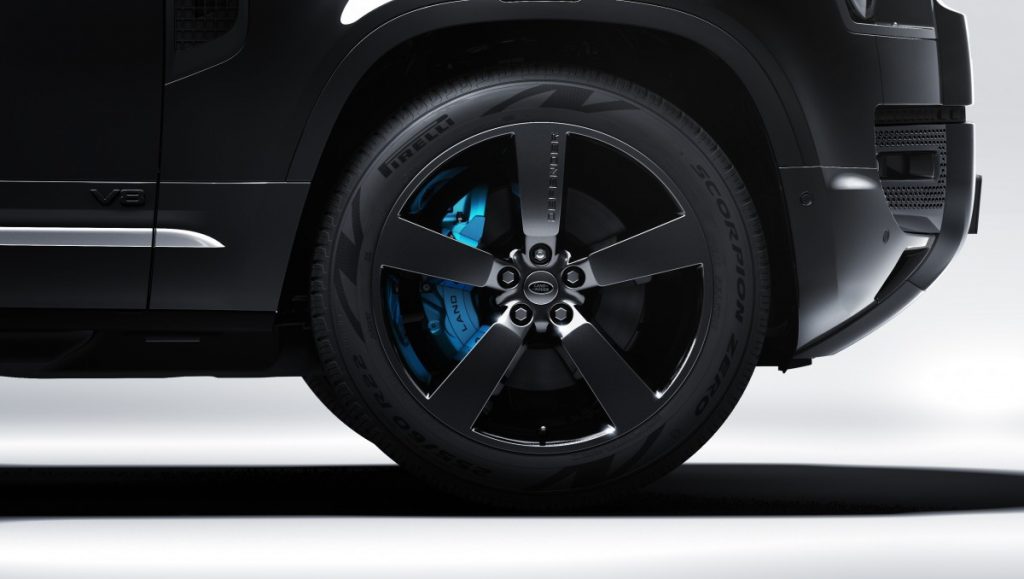 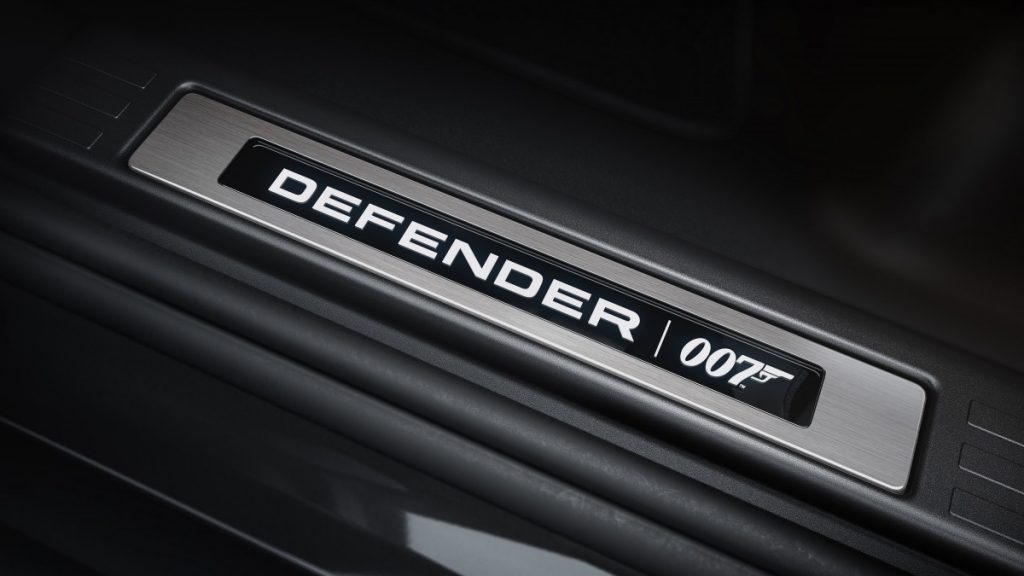 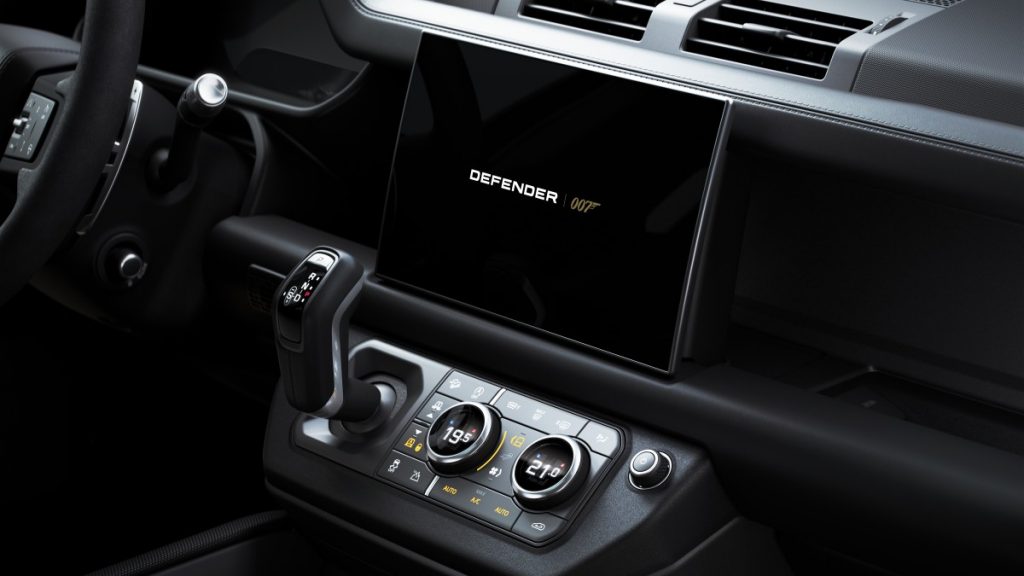 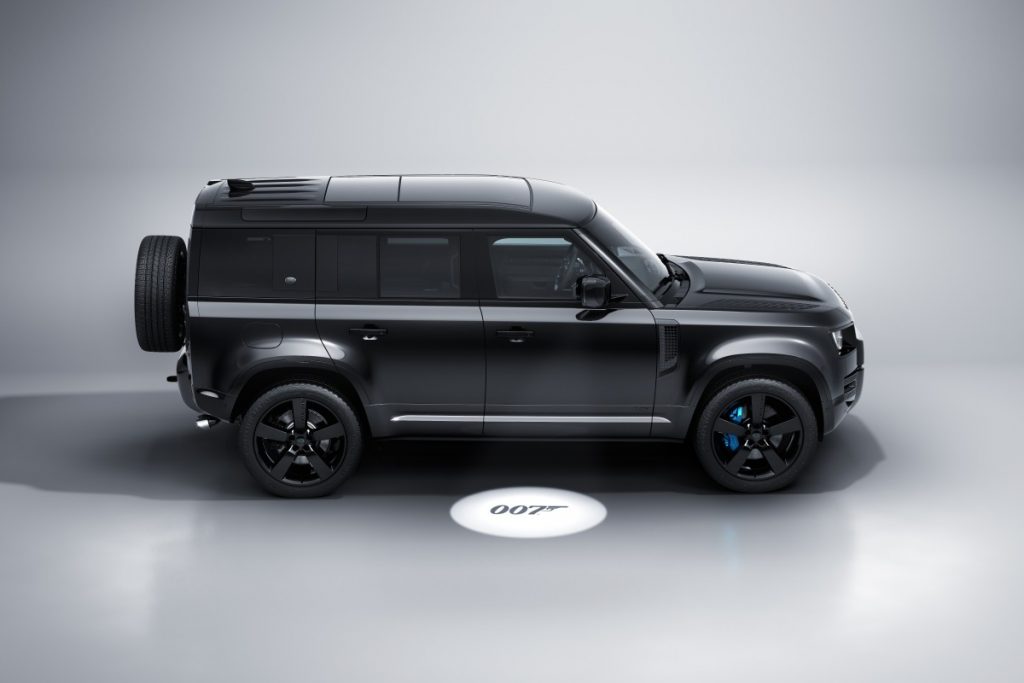 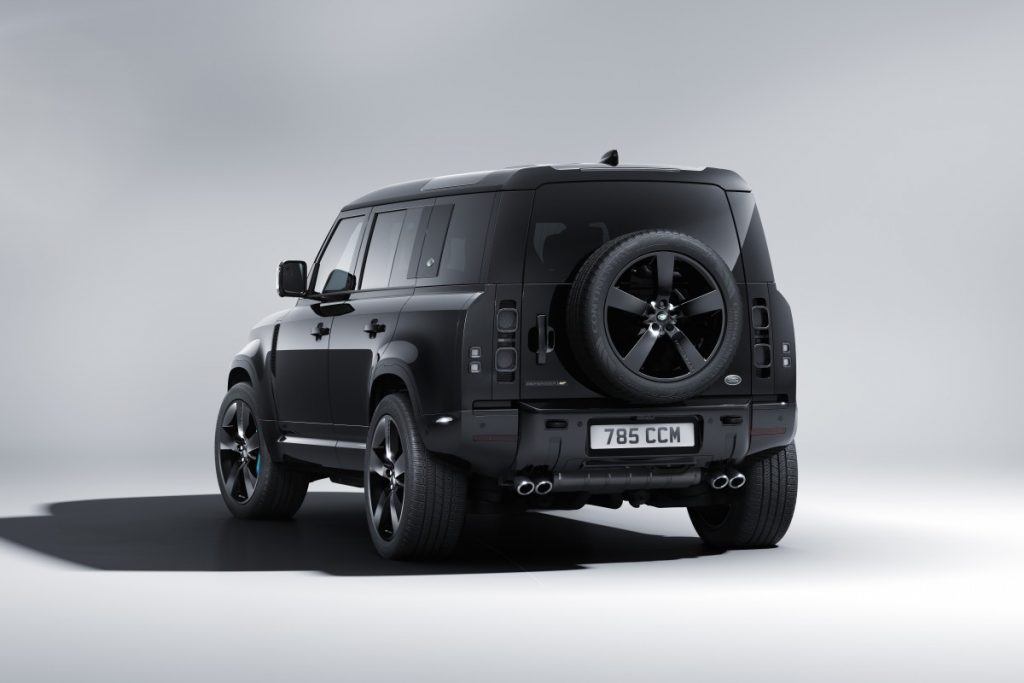 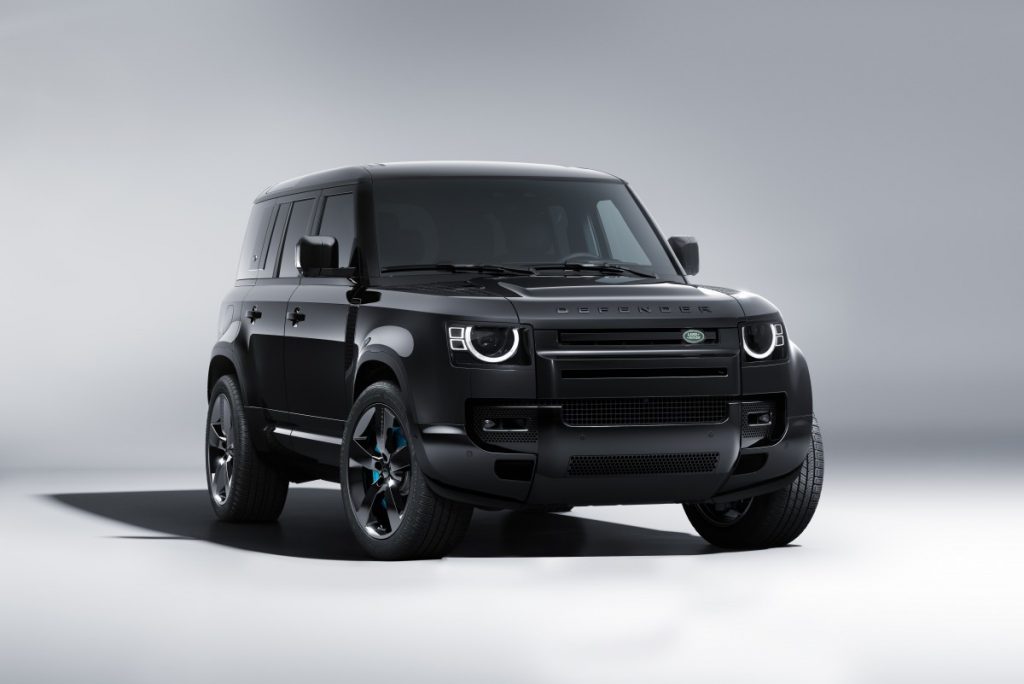 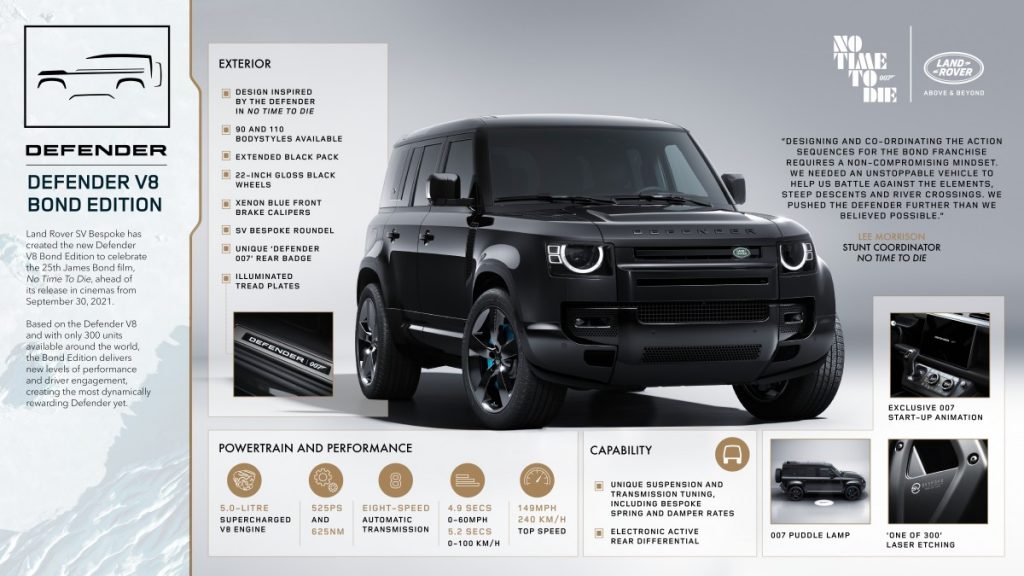