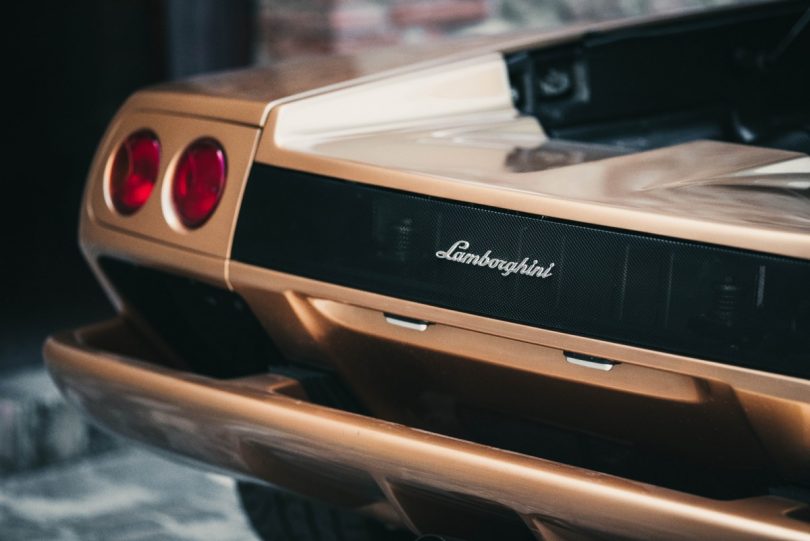 Lamborghini is celebrating the V12 in 2022. The legendary 12-cylinder model has powered Lamborghini’s most iconic models for almost 60 years. The Lamborghini Diablo was one of them. It was also the first-ever Lamborghini super sports car to come with a four-wheel drive version. When the Diablo made its debut, it was ahead of its time. In fact, many also identified it as a series production hypercar.

Lamborghini officially presented the Diablo on 21st January 1990 at the Sporting in Monte Carlo during Lamborghini Day. In the initial iterations, the 12-cylinder engine had a displacement of 5.7-litre and, later on, 6.0-litre. The V12 produced a maximum power output of about 600 PS in road versions and 655 PS in the track-only GT1 Stradale model, of which Lamborghini only made two units.

The pure V12 ICE engine is in its final form, and Lamborghini will phase out the engine before 2022 ends. The last model to feature the pure V12 is the Aventador Ultimae. Lamborghini has also confirmed that the successor to the Aventador will use a new plug-in hybrid version of the V12 engine.

A Commercial Success That Lasted 11 Years

The Diablo holds a special place in Automobili Lamborghini’s history as well as in the hearts of the enthusiasts. And this is not just because of its performance and driving experience. The Diablo was the model that propelled Lamborghini into the modern era. Inside the company, Lamborghini called it the ‘Project 132’ and came into being in 1985 to replace the Countach. Thus, it had to convey the full power of the Sant’Agata-based automaker.

The Diablo had to appear sporty and muscular while also always being appealing. These were the aesthetics Lamborghini has always been renowned for, which was a tall order for the Diablo. The Diablo also had to be future-proof to remain the fastest production car in the world for the years to come. During its initial road tests, it astounded everyone. It was a success achieved through Lamborghini’s intense development work.

The Lamborghini super sports car also demonstrated its ability to transform itself and adapt to the demands of the market and the expectation of customers during the course of its commercial life. Its commercial life came to an end in 2001. In its 11 years of production, Lamborghini made 2,903 units of the Diablo, making it a huge success.

Development Of The V12 Engine

The technical cornerstone of the Diablo remains its 60-degree V12 engine. Lamborghini directly derived this from the 1963 3.5-litre engine. Over the years, Lamborghini increased its capacity to 5.7-litres. In fact, when the Diablo made its debut, it came with the same 5.7-litre engine. In this configuration, the rear longitudinal position with the catalytic converter had a maximum output of 492 PS at 6,800 rpm and 580 Nm of torque at 5,200 rpm. It also featured a Lamborghini-Weber Marelli LIE electronic fuel injection. With the Diablo GT in 1999 and then with the Diablo 6.0 SE, Lamborghini increased the engine size to 6.0-litre. Furthermore, with better fuel injection calibration, it made 525 PS and 605 Nm of torque.

Originally, the Diablo’s mechanicals, though refined, were traditional. It used a rear longitudinal engine, four chain-driven camshafts, electronic fuel injection and a mechanical transmission sending power to the rear wheels only. In 1993, Lamborghini introduced power steering and electronics to manage the engine. Lamborghini also presented the Diablo VT in 1993. It was also the first four-wheel drive super sports car from the brand. The Diablo VT became the benchmark in terms of road-holding and driving safety in any condition.

“VT” stands for “Viscous Traction”. This is because the torque transfer from the rear axle to the forecarriage is via a viscous coupling. With this system, the Diablo VT is normally a rear-wheel drive vehicle. However, if it detects rear wheels slip, it transfers up to 20 per cent to the front wheels via a viscous coupling and a propeller shaft connected to the front differential. The Diablo VT also introduced another innovation for the brand – electronically-controlled suspension. With this, drivers had five preset operation programs to choose from.

With Lamborghini producing the V12 Diablo in an open-top version, the Diablo started a new tradition. Lamborghini did make a few timid attempts in prior years. However, these models remained one-off versions. In December 1995, Lamborghini introduced the Diablo Roadster. It came with a carbon fibre Targa top housed over the engine cover when down.

Lamborghini also returned to racing with the Diablo, thanks to the Super Sport Trophy racing championship. And later with the Super Trofeo, where it made its debut in 1996 in a side race during the 24 Hours of Le Mans. Lamborghini produced 34 550 PS Diablo SV-Rs for the gentleman drivers who competed in the one-hour races.

The Lamborghini Diablo was featured in numerous films. Out of all, one of the most memorable scenes was from “Dumb & Dumber”. In the American film, actors Jim Caffrey and Jeff Daniels arrive at the hotel in a red-coloured Diablo.

The Diablo was also featured in “Exit Wounds” in 2001. Andrzej Bartkowiak directed this film starring “DMX” Earl Simmons and Anthony Anderson. In this film, a 1999 Diablo VT Roadster steals the show in a car showroom scene, bought in cash after an exhilarating “rev up”. 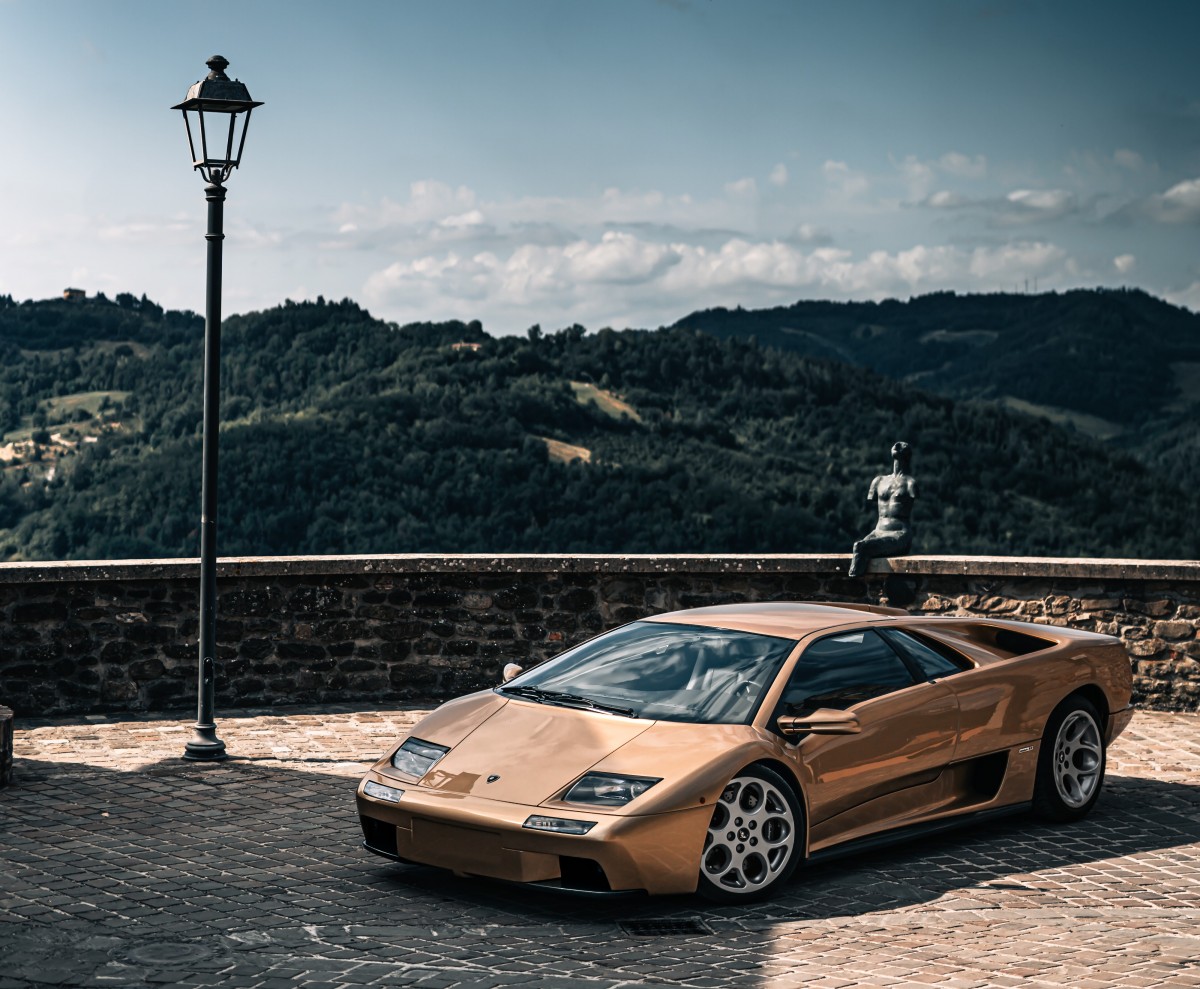 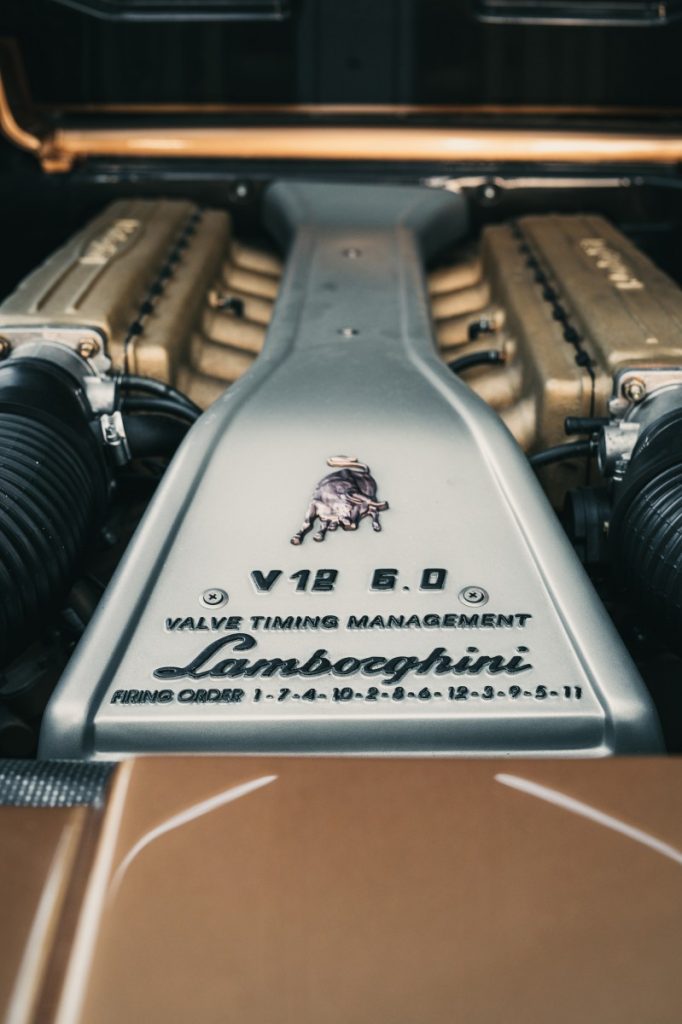 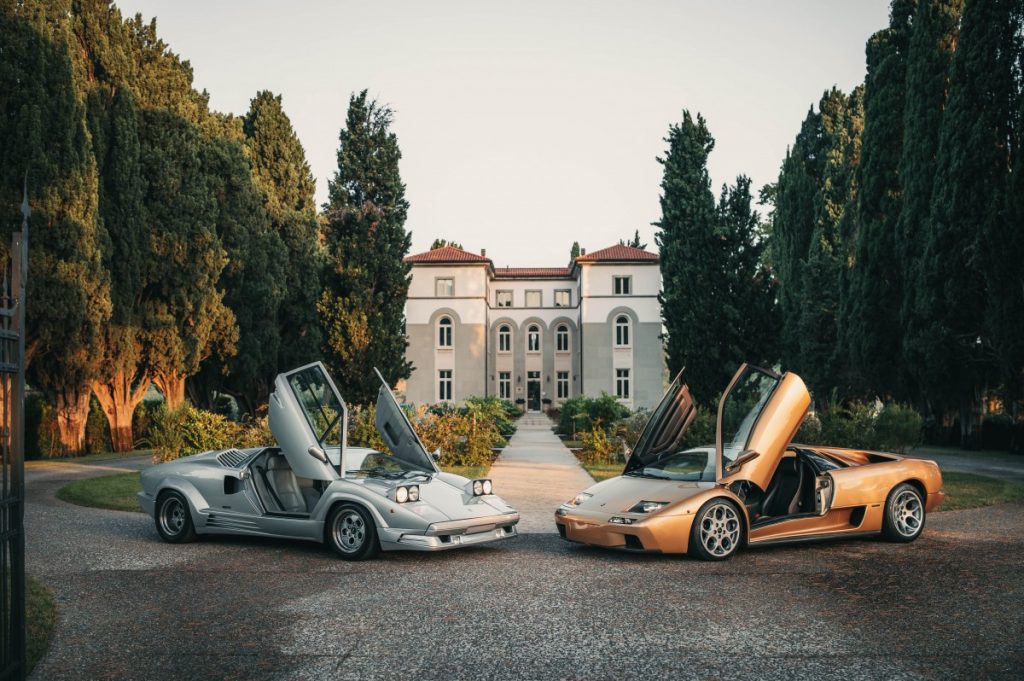 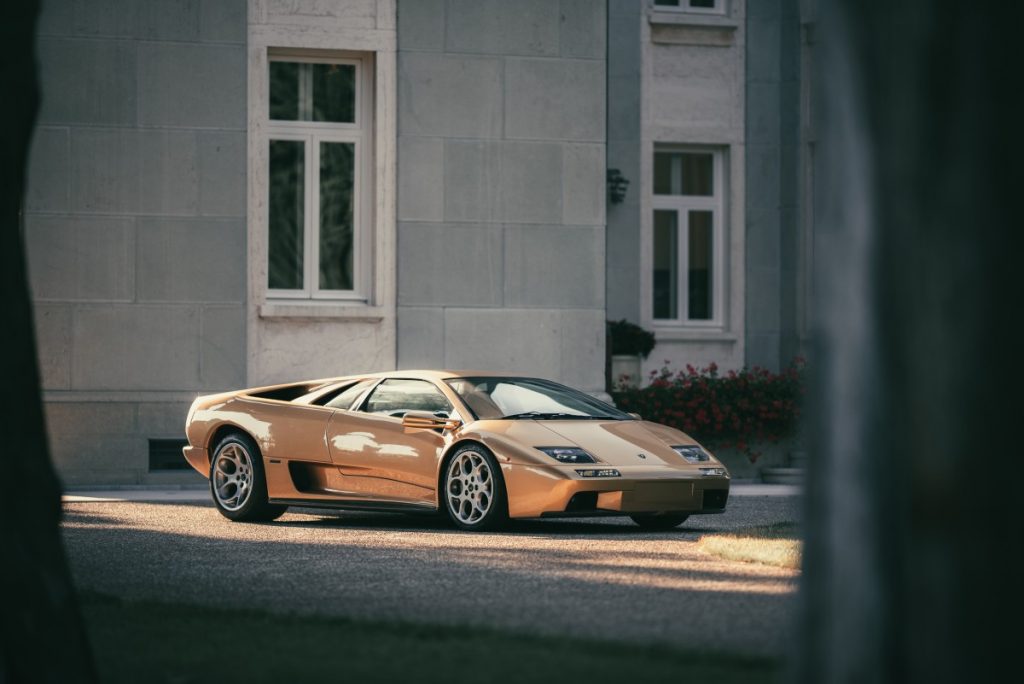 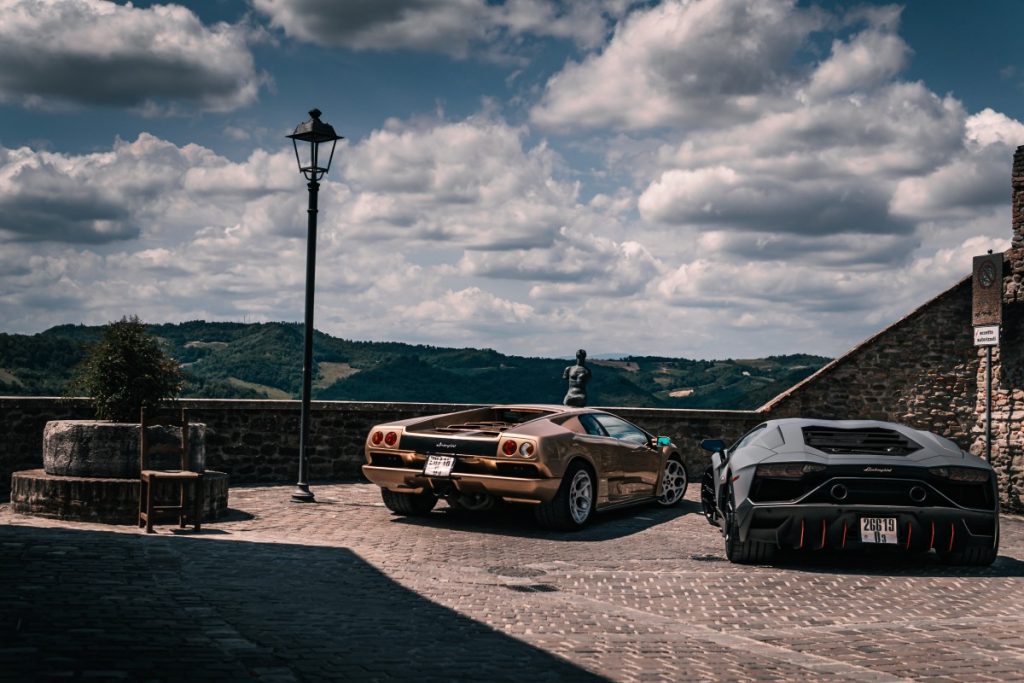 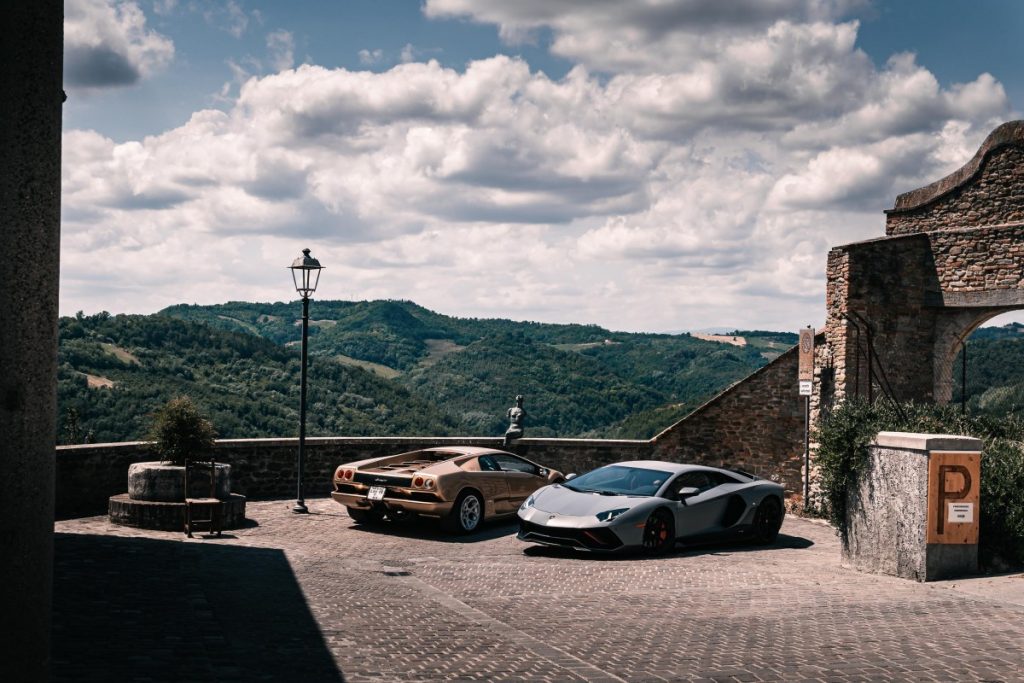